Haven't had a reason to bump this thread in awhile. This seems like a good enough reason to me in the ongoing story of my ownership w/ this car.

My battery finally gave up the ghost. I've known it was on borrowed time for awhile now. This week after the 3 day weekend I went to start it up to go to work and it almost didnt start, but it made it. Yesterday morning started it up to go to work and it was better, but still sluggish. End of the day I got in to go home, started, but even more sluggish. When I got home I wanted to give the car a rinseless wash so I started it up so I could move into the center of the driveway.........sluggggisshhh. I was like, this thing aint gonna start again. After I got done cleaning the car, got in, pushed the button.........NOPE. Pulled out my jump pack and got the car started, then pulled it in the garage and hooked it up to the battery tender. Everything was green this morning, but I kept it on the tender and took the GTO to work today, and while at work, ordered up a new battery from batteries plus. Got their "top of the line" AGM battery that was recommended for my car. One of the reasons I did that was because on that battery they have a 5 year free replacement warranty. Plus if you order online you get 10% off, so I saved 30 bucks, and there's an$18 core charge I'll get back once I bring my old battery back, so all in all I'm in for about $295, which......for a BMW battery, with a 5 year warranty, I'm ok with that.

I don't know if this is the original battery in the car, but it certainly looks like the factory battery. And this car is a 2014, and I've had it since 2017 and this is my first time replacing it. So....not bad I say. Even if it was replaced right before I bought the car, that's still not bad given the abuse batteries take out here 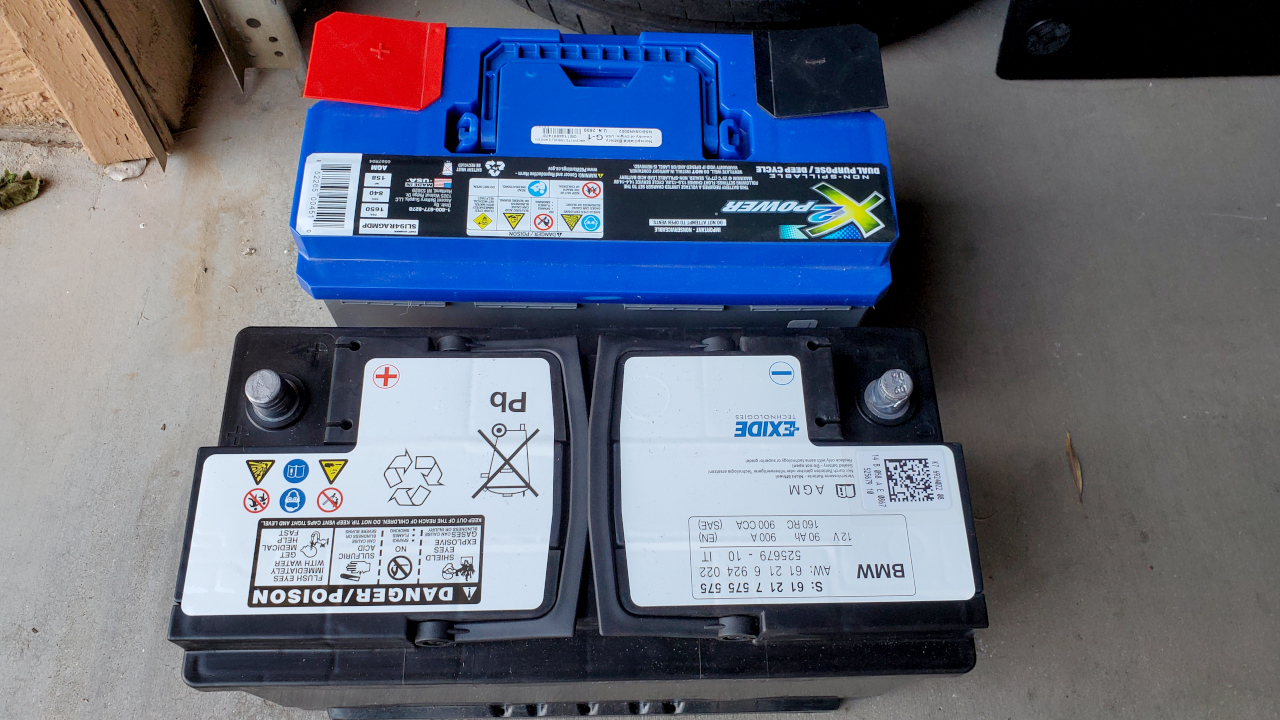 Its a HUGE BITCH Even the new battery, while slightly smaller, is still bulky and QUITE heavy. But, everything swapped in nicely. The new battery even had a spot to plug in the vent tube. Which is nice. Swapping the batteries was the easy part. 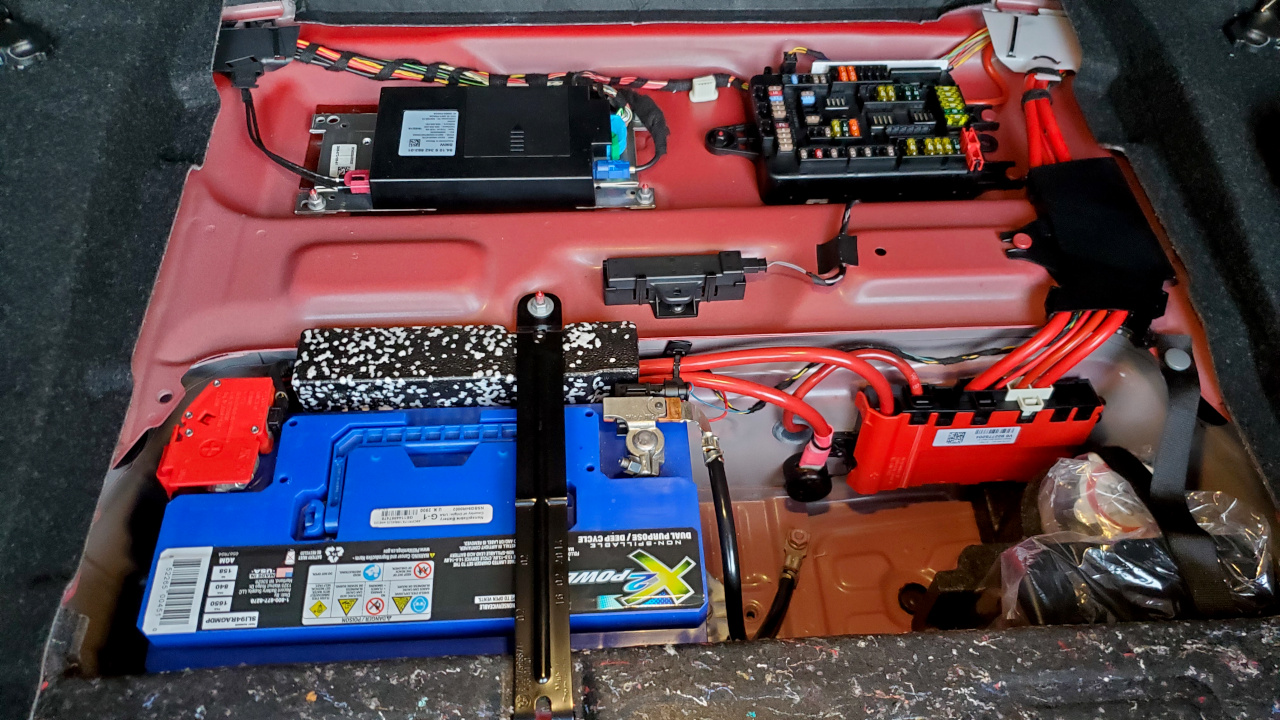 The next part, if you know anything about BMW's could be the tricky part. Because of the sophisticated precision German engineered charging systems BMW's employ, the battery actually has to be "registered" to the car, so the car knows what kinda battery is in the car, and how to best employ it's charging system so the battery is properly charged up while driving. This is normally something that would have to be done at the dealer or by a bmw certified mechanic, and I don't even wanna know how much that costs, but since I happen to be a Carly app owner, and that does have a battery registration function, I figured I'd give it a run myself. After a short period where the app kept trying to update my carly OBD adapter (which I didn't even know they could do that), I finally got that updated and was able to get the battery registered fairly easily after I told it what kind of battery was in the car. I THINK I did it right? Guess we'll find out. I'm just glad I didn't have to pay anything in the Carly app to get it done. I THINK i'm one of the lucky few that got into this app back when it was a one time flat fee, so I'm now grandfather'ed in for lifetime use of the app, instead of their bullshit yearly fees they do now.

Car is definitely a lot peppier when it starts up now, so we'll see how the next 5 years go. Now I just need to order up a battery for the GTO.......cuz that one is ALSO almost done for as well I don't even wanna know how many batteries I've gone thru in that car. Gotta love GM electrical systems.