CobraSki03 said:
Waupaca, just west of Fremont where Wolf River is. Not sure where Eagle River is
Click to expand...

ive heard of it never been.

eagle river is more typically referred to as "chain of lakes" than there though.

I fucks with eagle River chain o lakes. They have a pirate ship
OP

Yaj Yak said:
they do indeeed.
Click to expand...

tinfoilhat said:
I wanna buy a house on a hill
Click to expand...

And then the hill erodes....

can you imagine being away on your boat, in michigan (state) or up north or something, coming back... your aston fucking martin is nearly off the seawall, smells like dirty wet dog, and the headrests are still soaked?

This dude posted up on one of the FB car groups of him starting the Aston and saying everything was good n dry “door seals are solid”. Someone called him out about a few dash lights and he said well the car is British...

Looks like we'll be starting June with no wake. Shocking!

Keeping it Real with Ford Power!!!

GOOOOOOOOD! at least I'll be safe from the Big Waves/Wake sinking my "Row Boat"....:lmao: 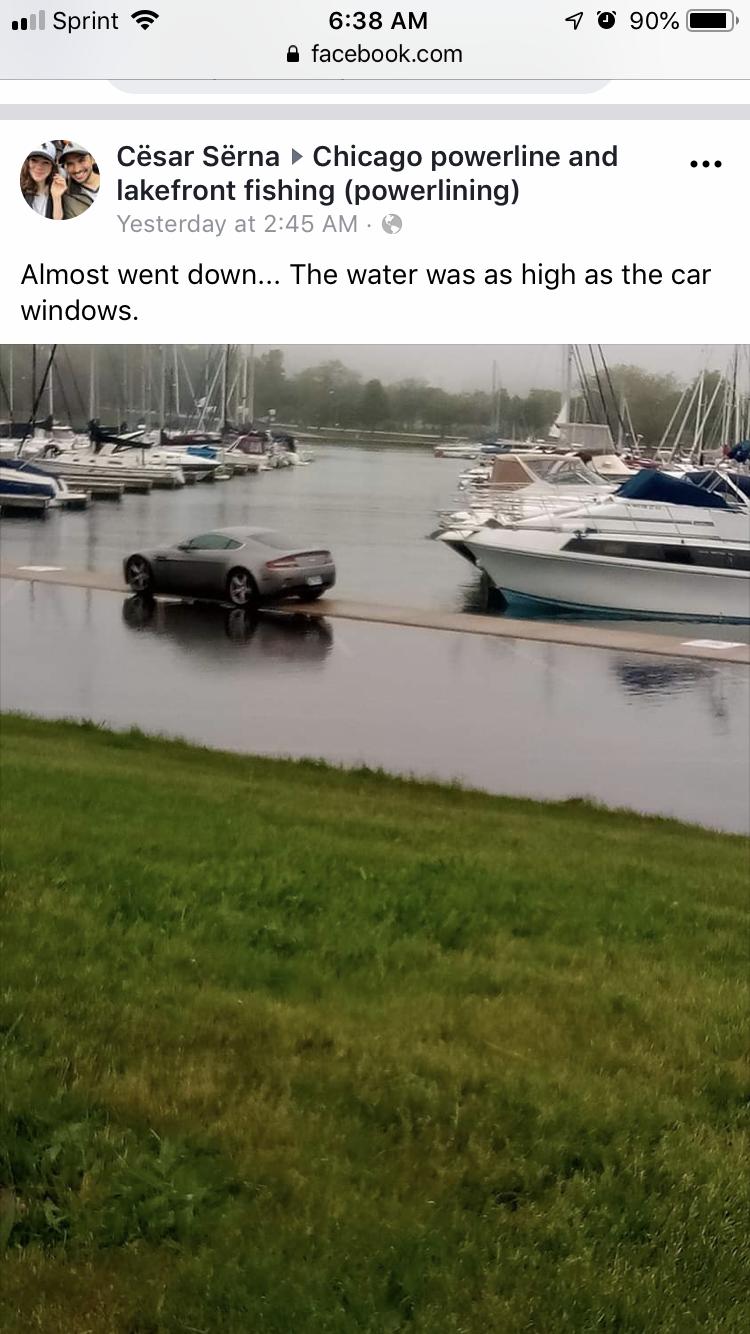 Car almost dragged in from the lot
Click to expand...

Thought you'd be more careful with your new car than that....

Keeping it Real with Ford Power!!!

Last Thursday's chop and a waterjetted Chris Craft weathervane we did for a Client. 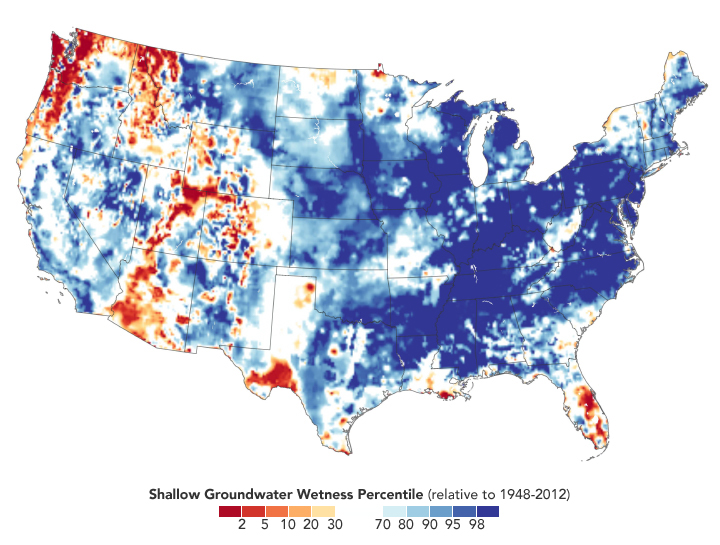 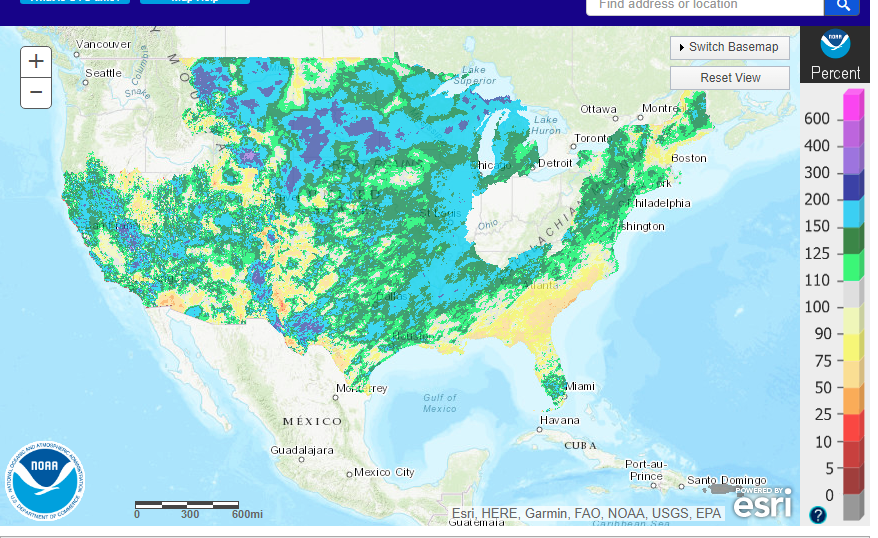 t’s official: It’s been the wettest month of May in recorded history in Chicago. And although we’ll get a bit of a respite from the rain Friday, forecasters say this summer is expected to be colder and wetter than usual.

With 8.25 inches of precipitation measured at O’Hare International Airport from May 1 through 7 a.m. Thursday, Amy Seeley, a meteorologist with the weather service, said May's rainfall surpassed the city's previous record of 8.21 inches, set just last year.

Before that, the wettest May since records began in 1871 was in 1945, according to the weather service.

It also has been the second-wettest spring on record, with 16.36 inches of rain so far, behind only the 17.51 inches in 1983, according to the weather service.

It’s a pattern that may well stretch throughout the summer, said Dave Samuhel, a senior meteorologist with Accuweather.com.

He said Chicago typically gets about 4 inches of rain per month in the summer, for a total of about 12 inches of rain in June, July and August. This year, it’s likely the total precipitation for summer will be closer to 13 or 14 inches.

Just as the amount of rain isn’t dramatically more than a typical Chicago summer, it may also be a bit cooler than usual, but not by much, he said.

“Even though we’re predicting cooler weather, you’ll still have plenty of 80- and even 90-degree days. But as thunderstorms persist, you’ll also get 60- and 70-degree days. Those cooler days probably outweigh those heatwave days, but it doesn’t mean you might not still have a heatwave,” Samuhel said.

National Weather Service meteorologist Lee Carlaw cited work from the Climate Prediction Center when he agreed with Samuhel’s assessment of the summer overview.

“It would be possible to continue this wetter than normal pattern into the summer,” he said. “The chances are pointing toward an increase in precipitation above normal.”

Some scattered thunderstorms were possible Thursday afternoon and evening, mostly near and south of Interstate 80 and west of Cook County.

“Conditions are not expected to be particularly favorable for severe weather, however a few of the storms could briefly become strong to possibly severe with very localized damaging wind threat and perhaps some hail as well,” according to the weather service.

Friday should see a pause in the almost-unceasing rain, according to the weather service. It also could warm up to a high in the mid-80s inland and cooler by Lake Michigan, officials said.

A chance of showers and thunderstorms returns early Saturday with some of them possibly becoming severe but Sunday and Monday are expected to be sunny with a high close to 70 degrees, according to the weather service.

Then, Carlaw said, “It does look like the precipitation comes back next week.”

past 24 hours rain map is BAD. 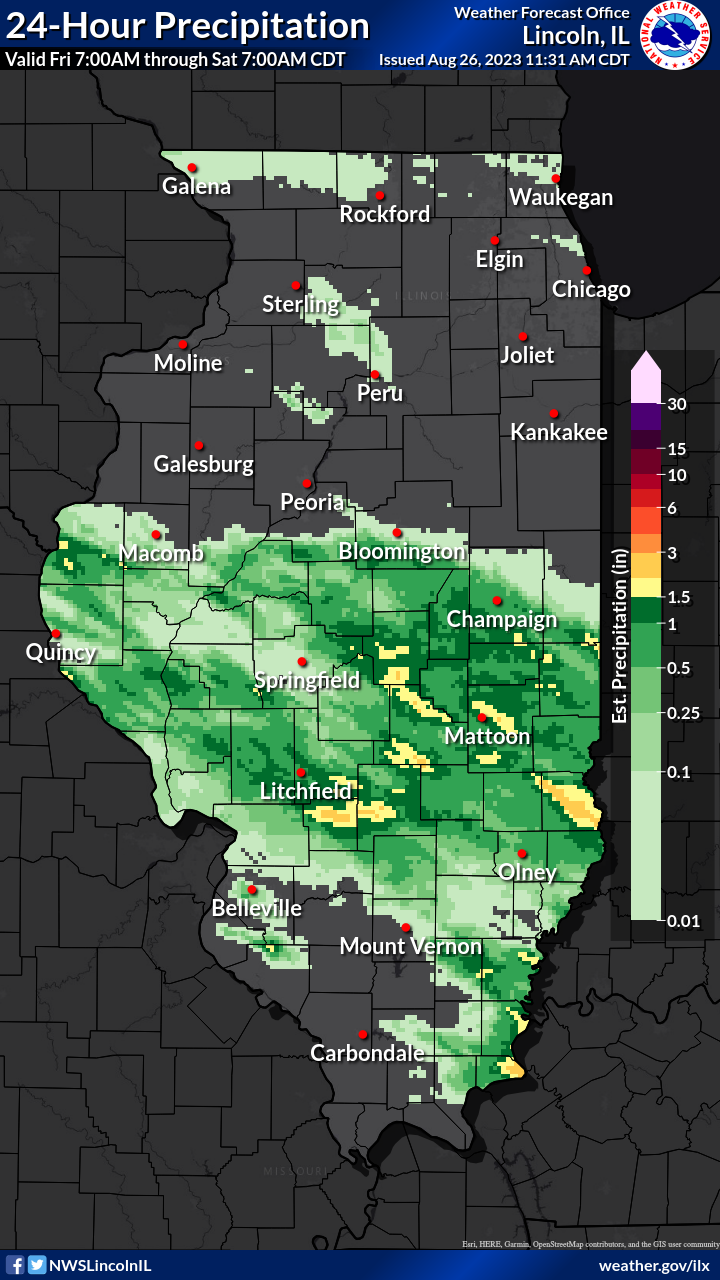 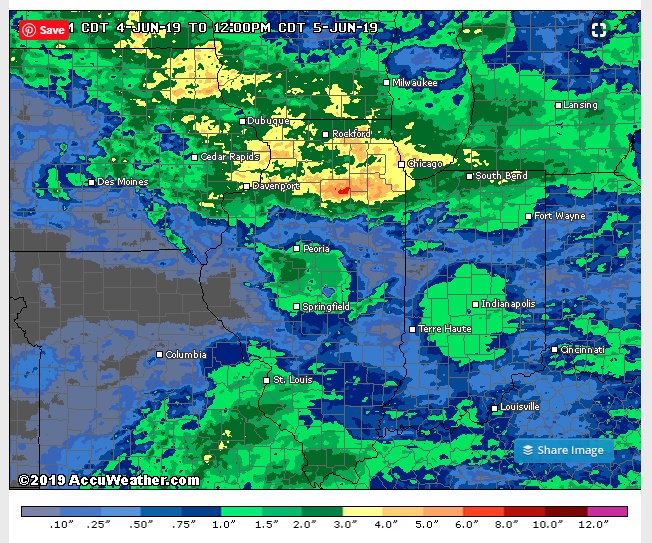 I only got .75 on my rain gauge. A few miles away in Barrington a friend got 3.5. Weird but it *looks* like everything is starting to go down again. Happy the heavier rain went south.
OP

i hope it is... the shit by my house seemed to go up yesterday.
OP

PANDA said:
I only got .75 on my rain gauge. A few miles away in Barrington a friend got 3.5. Weird but it *looks* like everything is starting to go down again. Happy the heavier rain went south.
Click to expand...

dude from blarneys on 95.1 just said the gates in mchenry aren't fully open, and the chain likely won't go full open this weekend because of it.

i really think that elgin thing we talked about is coming into play.

Lower is no wake again. Everyone on the Lower Fox River Facebook group crying. In a recent thread a guy posts he is going to FOIA emails from the FWA containing the words "no wake". I'm eating pop corn right now wondering where he thinks he will get with that or if emails are even subject to a FOIA request. The no wake sucks indeed but we have been pretty lucky with flooding with this record rain. FWA has been following the policy restricting the river to no wake at 3.0 on the gauge. Not sure if he realizes the DNR controls the levels.

The upper river also went no wake for a short time while the lower stayed open this weekend. After I scratched my head for a bit I realized they were probably holding back water so the lower could stay open over the weekend and it didn't work out to plan because the upper got to high. I'm not engineer or know how much or how little the dams can push through or hold back but it can't be that easy. Maybe during winter drawdown it works better when the lakes have more storage.

Then you got residents and business owners complaining about poor business this year because of river closures and no wake. I mean I am not doing the accounting but I think the BAD WEATHER also has had a effect on the motorcycle traffic. People not boating in the rain and guess what, people aren't riding motorcycles either. Business is a risk and a business that depends on seasonal traffic is a even bigger risk. I have only been out a few times but when I goto broken oar on a random ass Wednesday and not a single table is available they can't be doing that bad? I want local businesses to seceded and I would love more on the river but are 6 to 12 boat slips at each establishment that are empty because the river is closed or no wake really making that big of a dent?
OP

the upper only closed part those few days cracked me up.

We saw a guy get a 'no wake' violation in Dutch Creek on the 4th like 30 minutes before they opened it back up. I thought I had heard it was a $500 fine.

blakbearddelite said:
We saw a guy get a 'no wake' violation in Dutch Creek on the 4th like 30 minutes before they opened it back up. I thought I had heard it was a $500 fine.
Click to expand...

Not sure of the fines. I think its pretty hard to actually find or catch violators. Chain is 15 lakes and 500 miles of shoreline. I would guess less than half a dozen police out at a given time. What I don't get is these retards on Facebook want to revolt when its no wake and go as fast as they want. I've seen MANY posts about it. Like seriously? One of the reasons it is no wake is because the level is high and boat wakes cause erosion. Erosion fills in the lakes and river. So you are technically preventing yourself from possibly boating in the future.

My uncle and his family called in the violation and it took the police 45 minutes to show up. The guy was still cruising around when they got there.

I also heard you can call violators in. I see it ALL THE TIME living on the water when the river is no wake. Its mostly asshole fishermen at 6AM that think no one is around and families pulling kids around in a tube that obviously dropped the boat in for the day. But think alot of the time people just don't know. Not everyone is on social media or has the FWA app with notifications. Wouldn't take much to put signs showing the status at launch ramps or on bridges. FWA would need some volunteers and permission from city/state?
OP

All debris concerns can be reported on our website by clicking “Report a concern” in red on the right side of the homepage.
Click to expand...

im betting it'll go closed at some point. might move through pretty quickly since south dind't get much rain.

all in all we've been pretty solid this season though.

People are already bitching that'll itll be closed. Like wtf, was I the only one up for a hour and a half listening to it downpour last night? People are dumb