some good links for water levels and bridge clearance at rt12 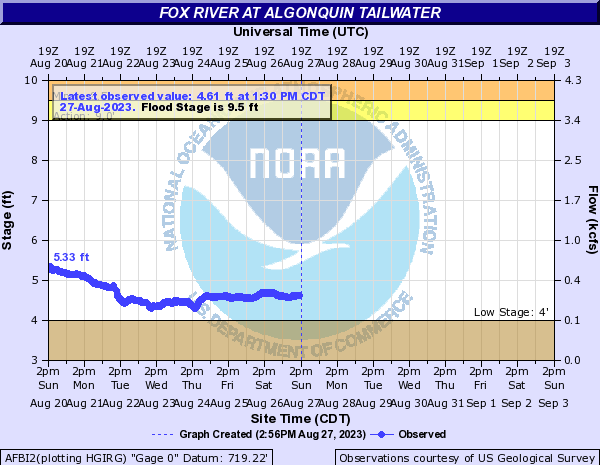 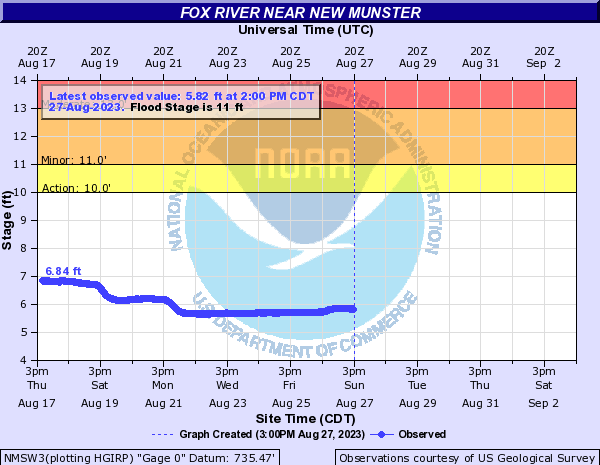 FunontheFox.com Bringing You the Boating Lifestyle for the Northern Illinois Chain o Lakes

ake the current reading from the below graph and compare it to the chart to the right to determine actual bridge clearance
Click to expand... 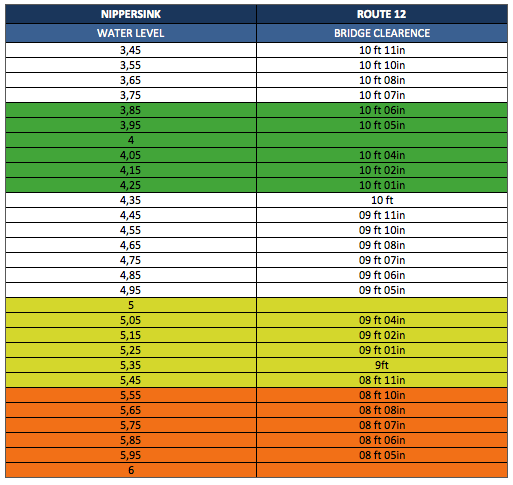 These are the readings needed to move the system to "No Wake" and "Closed" across all gauges
Click to expand...

Interesting it is only 6 inches between no wake and closed.

This is about when the lower river starts to dry up. July is looking warm and dry. This is NOT good.
OP

yeah not gonna be a good one for you, im thinking it will be low like 2012 drought low...
OP

not much rain in the forecast either 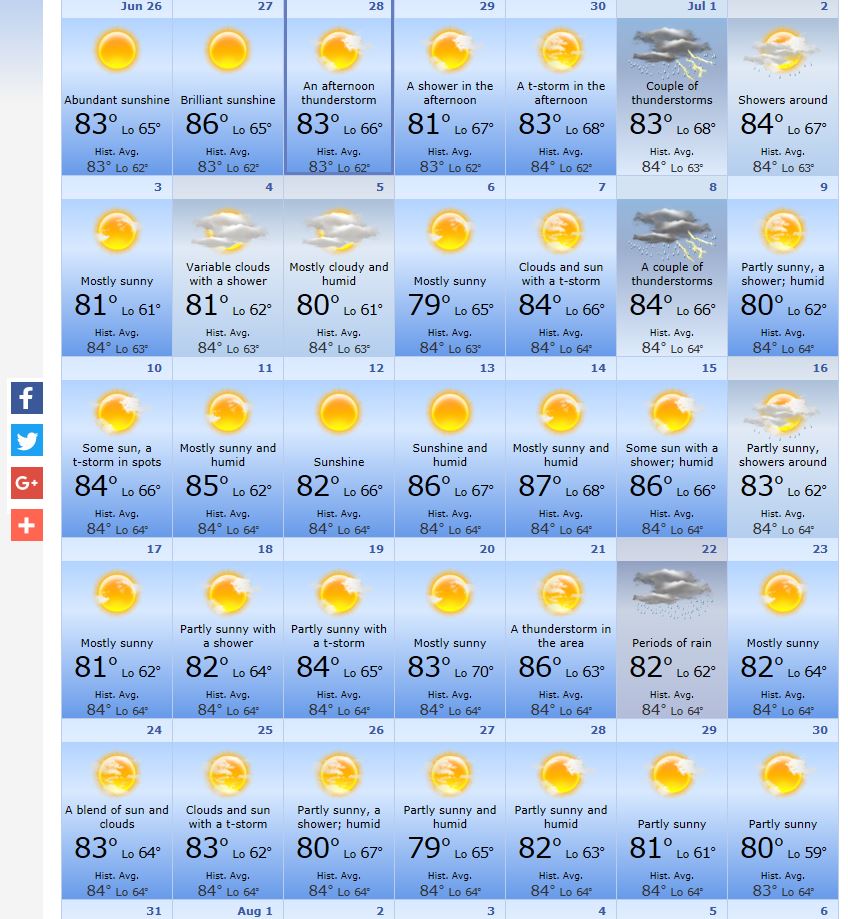 right... shit's gonna be like this again in front of kief's...

gah that was so bad, i remember people not being able to get their boats off of their lifts places and bruceski's having to lift them off.

I feel right now the river Is just about average. Maybe a few inches low. Keifs piers are extremely high relative to the water depth. I haven't boated the lower enough but I feel like years ago the level was about a foot higher average vs now. Just going by stains on sea walls and piers.
OP

geneva's probably solid this go-round also. i know that in 2012 some people had issues getting boats in the water up there if they had different lift setups.

This is the river at it's low last year. I took my Powerquest off my lift and put it on the trailer at least I could trailer it somewhere. My waverunner was on my boat lift. The toon barely had enough water depth. I feel I got it alot worse then most on the river because I am in a bay. FWA probably has my neighborhood on the back of ther dreging list simply because it would be such a massive project that would fill in faster then normal IMO. The only thing that would really save me would be a dredge then a seawall but that willnot happen. 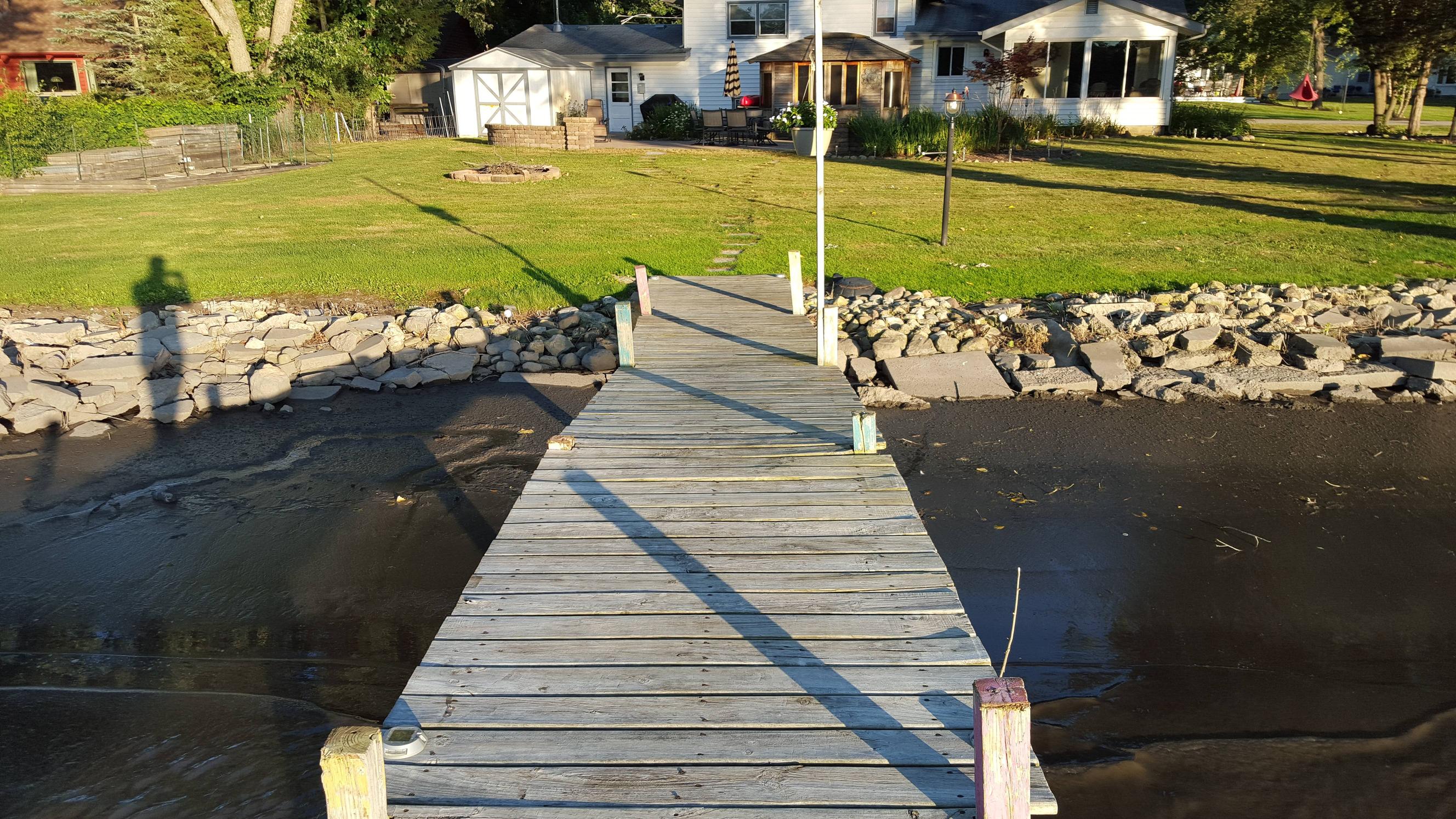 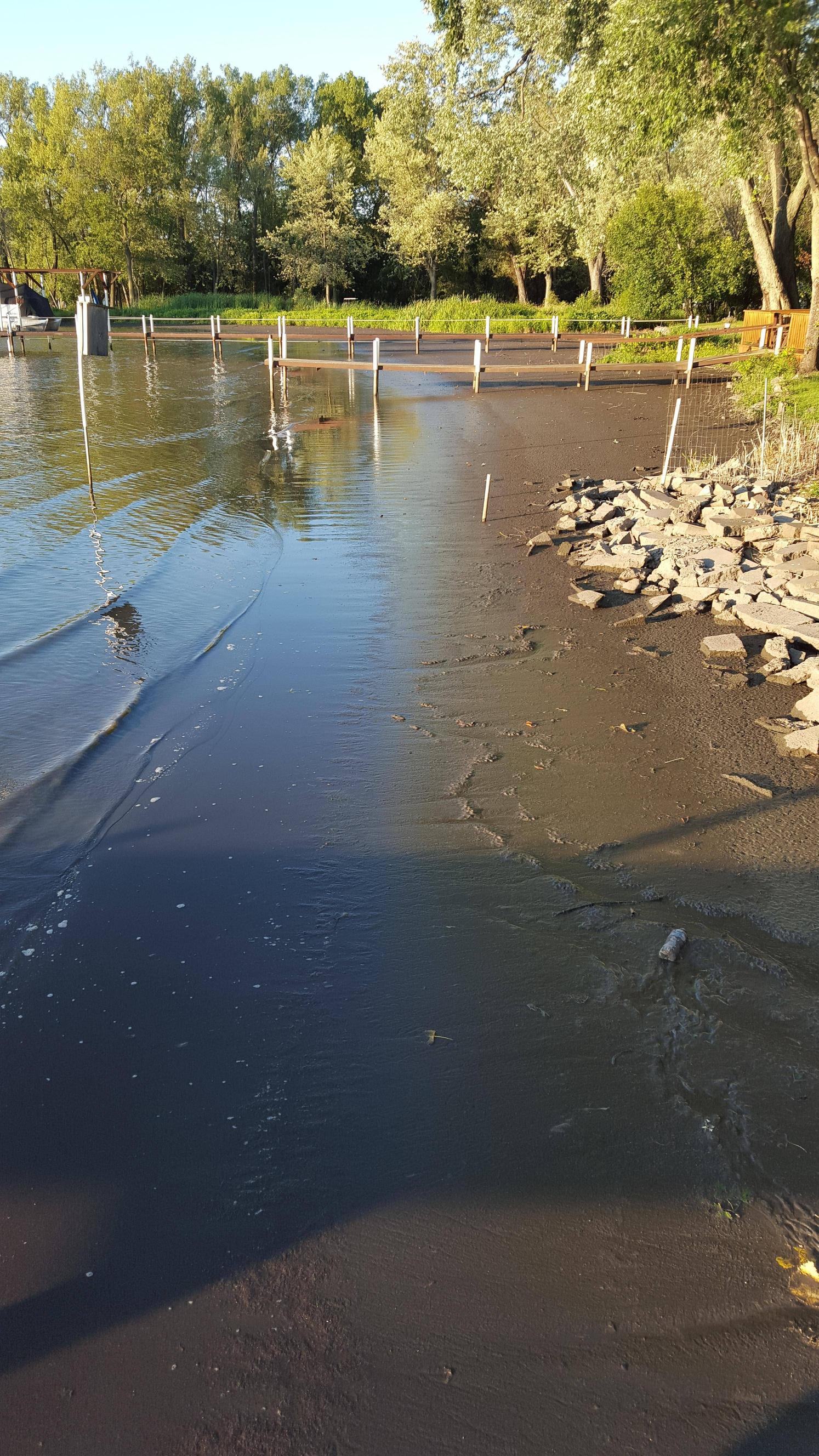 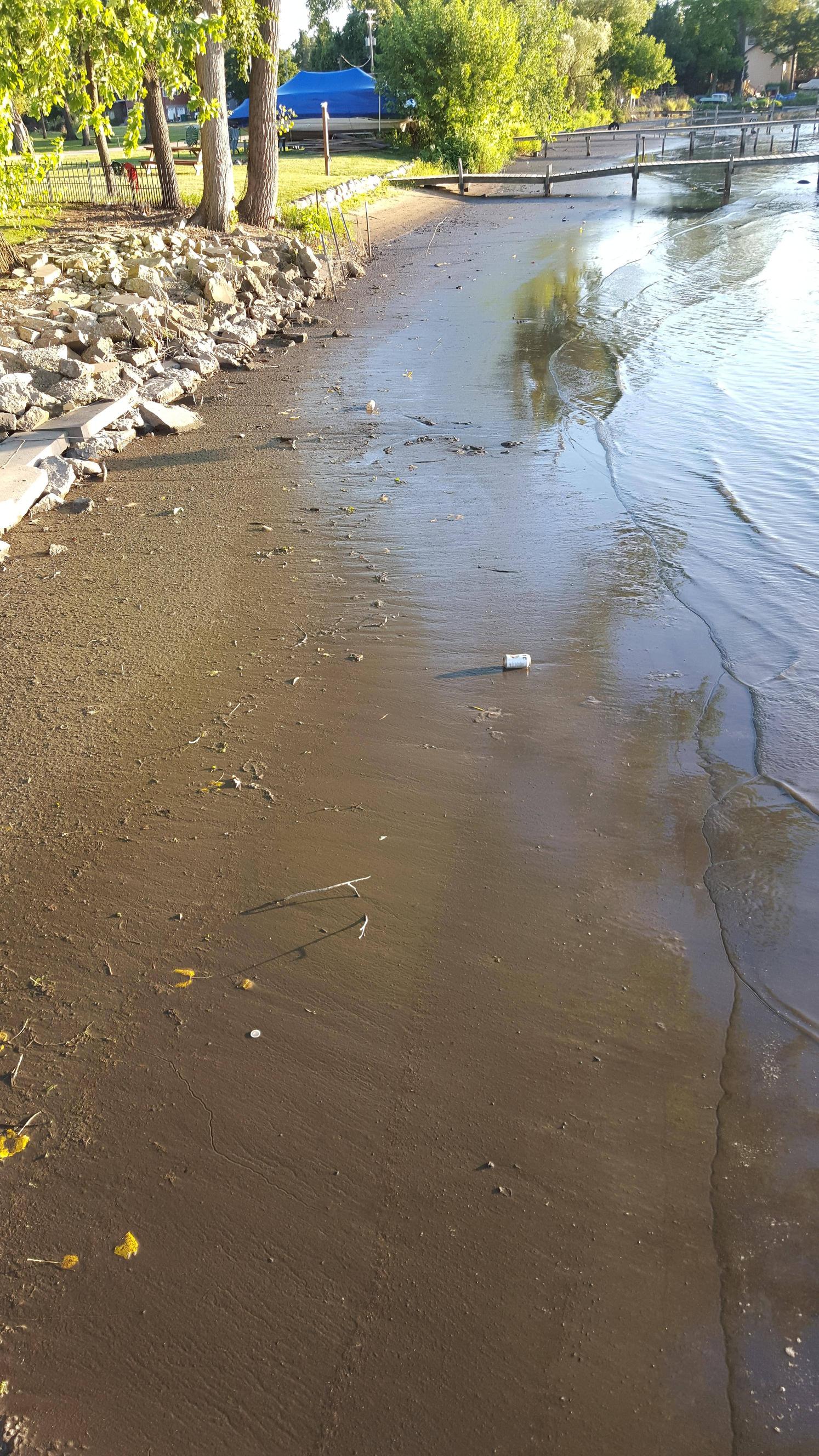 out. I'm never getting out of the channel my boat is in

How is the river low with how much rain we have been getting?

He said those pics were from last year, and the river is up around average right now.

greasy said:
How is the river low with how much rain we have been getting?
Click to expand...

it's regulated by a dam. they raise and lower levels for various reasons.

Burtonrider10022 said:
He said those pics were from last year, and the river is up around average right now.
Click to expand...

I know the pics are from last year, but he said he felt it was average to low right now. How is it average to low with all of the rain we have had. There is a retention pond by my house that was probably 7-10 ft. higher than normal.

OffshoreDrilling said:
it's regulated by a dam. they raise and lower levels for various reasons.
Click to expand...

I was on the nippersink for 6 hours yesterday and it seemed low. The riffles all had exposed rock... Even in molded injected kayaks it was interesting.

I feel this is the start of the summer drought. River is slowly going down, and I can tell my grass isnt growing as fast.

A few weeks ago Jared's boat neighbor was telling us people drink the Fox River water south of the Algonquin dam and if water was "held up" north of Algonquin to "save" the Chain during drought the people south will not have any drinking water. Never heard this, any truth to this?
OP

edit; I was totaaally wrong

Elgin began as a community water supplier in the late 1880’s. From that time, the Fox River was used as the source of all drinking water. As the community grew, water contamination became an issue and groundwater was the alternative choice. In 1936, Elgin build a water treatment facility and by 1965 the city was providing an average of 5.46 million gallons of water per day. By the 1970’s, the city had to begin searching for alternate sources of water due to continued demand. City officials contemplated buying water from the City of Chicago, but decided against it in favor of autonomy. The Fox River was the perfect raw source, especially now that water quality had improved. Elgin built its very own water treatment facility and continues to treat its own water.

Elgin gets a lot of its drinking water from the Fox. The heat has actually brought on algae growth and us peons down here can smell and taste it in the water. Elgin is working to correct it but its not an overnight thing.

lots of people pee in your drinking water
OP

fuck, looking at this, [MENTION=16]PANDA[/MENTION], it is dropping everywhere, good amount below median's everywhere.

not much current in the upper currently either.