daturbosix said:
hit it with brake clean while running. if the chip goes away, its a belt.
also, if thats the case, try flipping the belt the other direction. that has fixed it before for me.

i had this issue before with my old blue OBS chevy. and it was a 2 week old belt, it ended up getting another one and it solved it. just a thought.
Click to expand...

I did that before I bought the part except with WD-40 and had mixed results. Sometimes it would go away for a second and immediately come back, but it could have just been a coincidence because it did that with or without WD.

Interesting regarding the new belt though. I guess you never know how long these sit parts sit on the shelf. The stock belt size is an oddball which doesn't help our case. I'll keep that in mind if noise comes back!
OP

I gave the car a good scrub on Wednesday so that it would be ready for the work car show. For once, I was pretty proud at how good of a job I did in short time too! I've struggled to get this car looking nice without streaks for years, and I finally nailed it. I even won 3rd place! 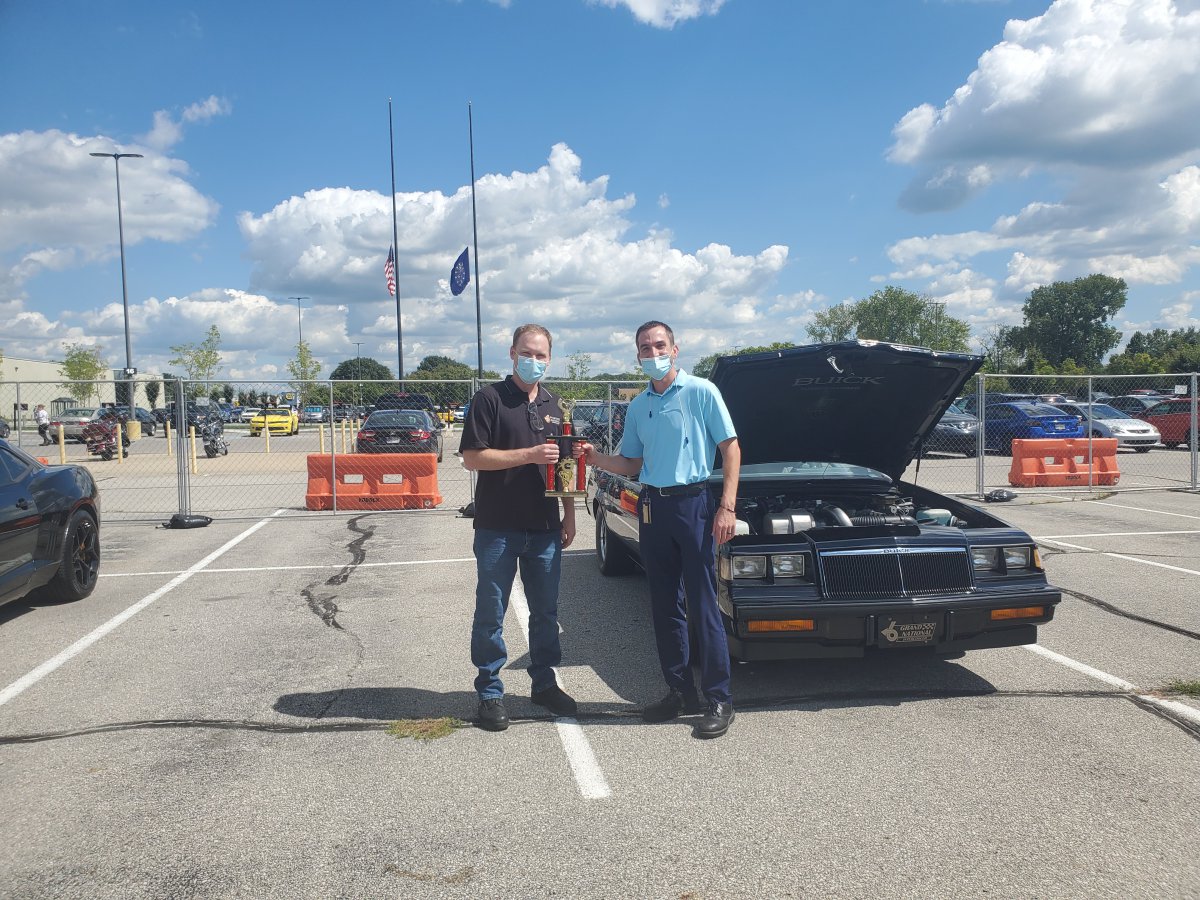 Unfortunately it was just the beginning of an early end to the season though. I still had five cars at the house and no room to work on any of them. I'm trying to get one sold, but I can't really do that unless I address some of the problems first. The right thing to do was put the GN away for the winter.

Since I was loving how the car was running and looking, I decided to take a little detour through Batesville to show off a bit before throwing the cover on. It was a great choice, because I ran into a pop-up car meet with some cool stuff. Even though Batesville is like the GTO capital, they were pretty excited to see a Grand National. I wish I took more pictures, but there were a lot of people standing in the way.

I'm not an LS guy, but a G8 with an LSA blower sounds like a great time. 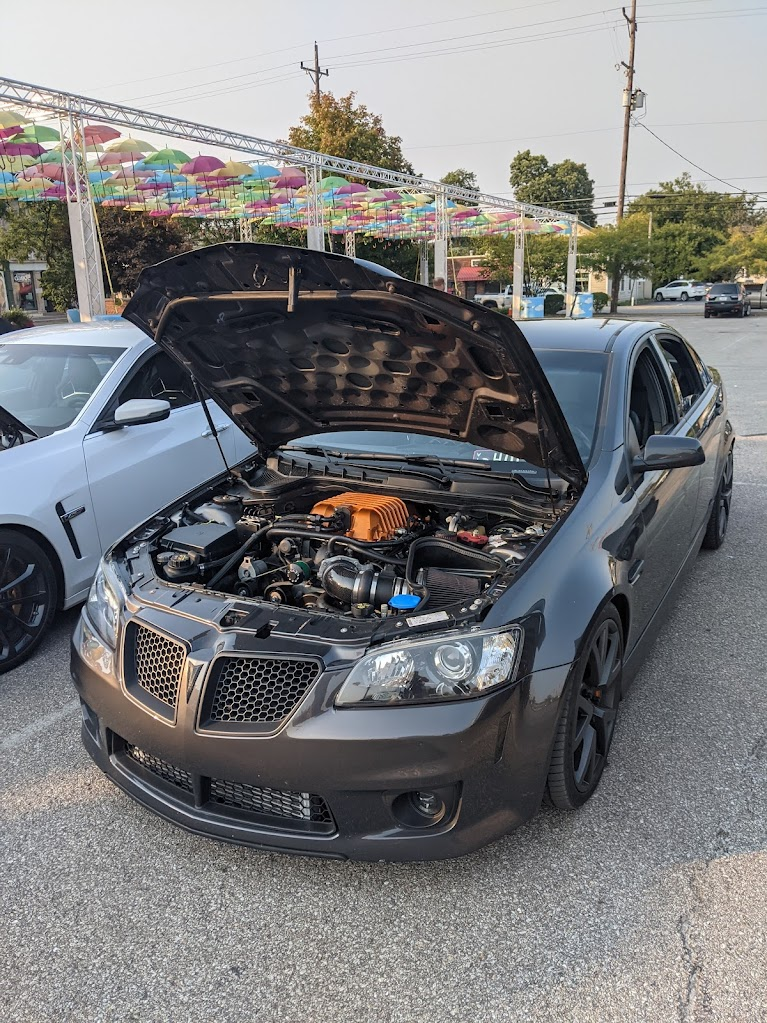 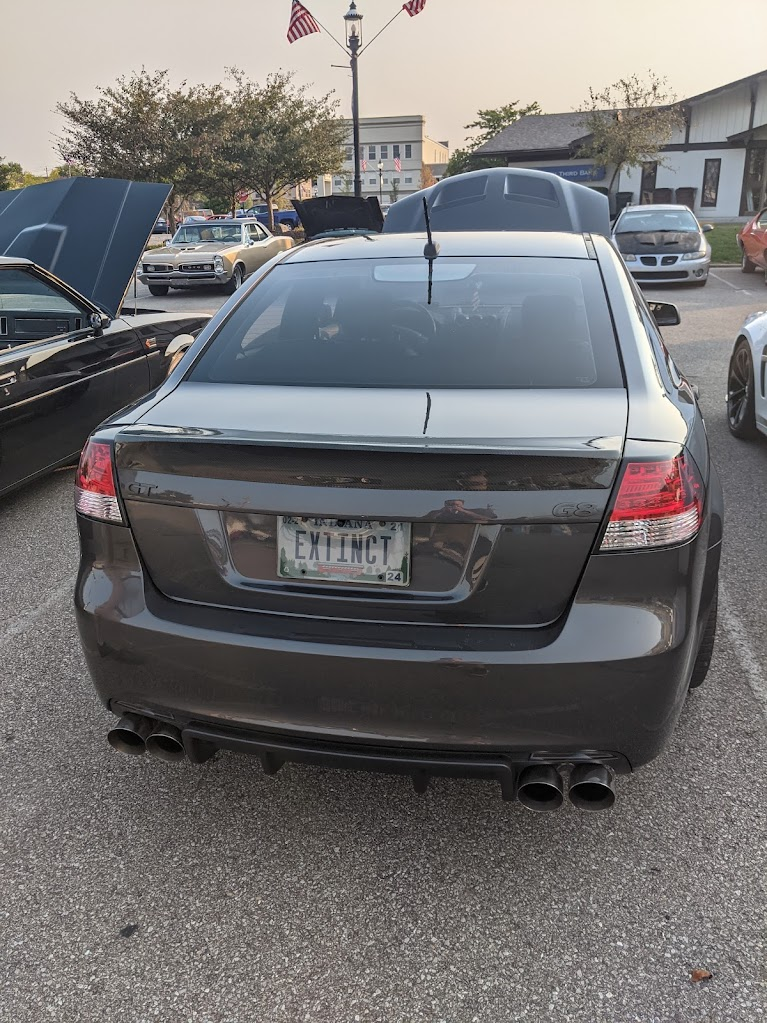 I usually hate these cars. They're like the Joe Dirt of all Chevys. However, this had potential to be the perfect combination of trash and punch. It had a 502 under the hood! I can't speak for how well it actually runs with that tiny air cleaner, but I'm sure it's a hell of a lot better than the original malaisey small block. 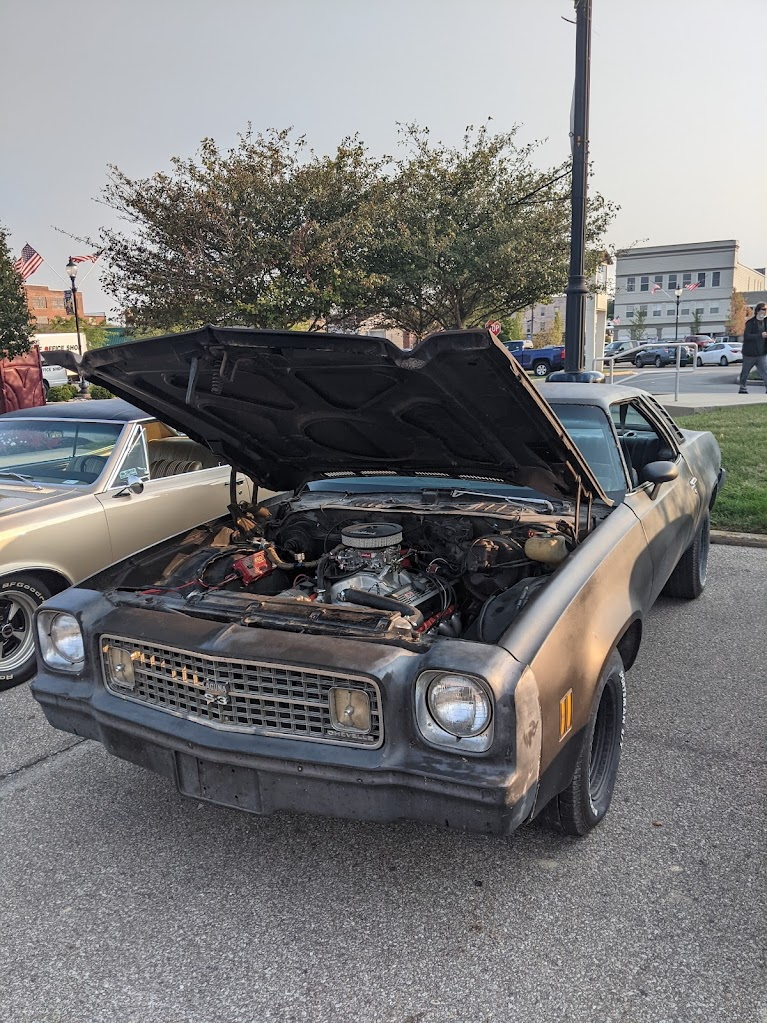 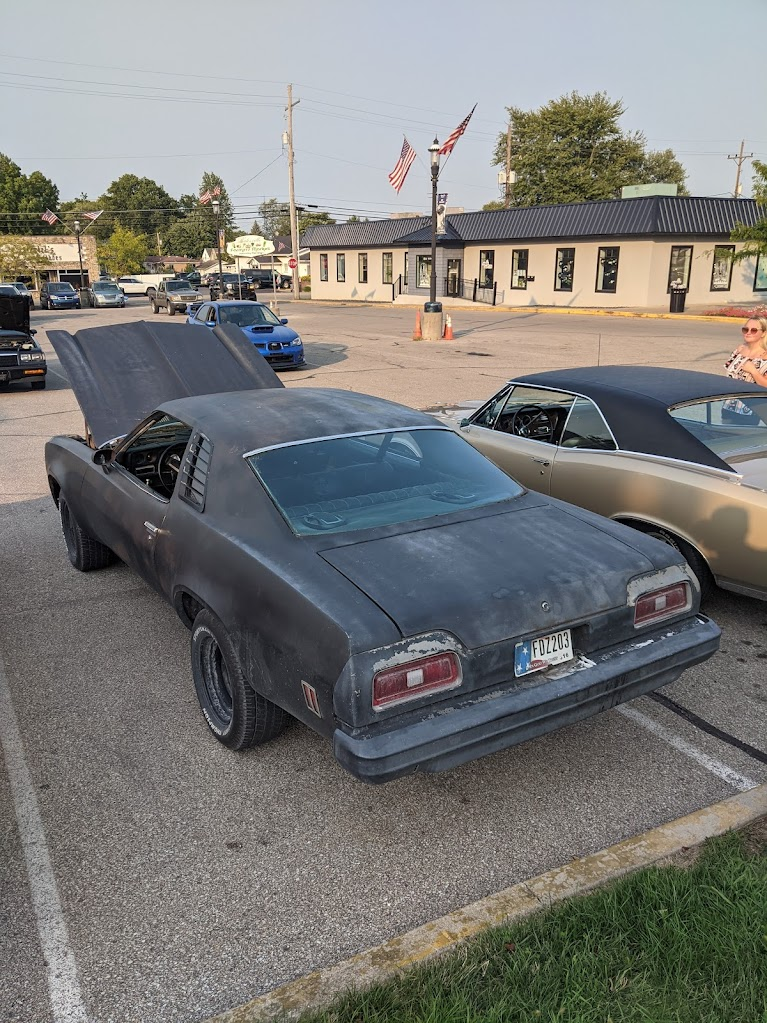 Lol he doesn't want to be labeled as a poser. 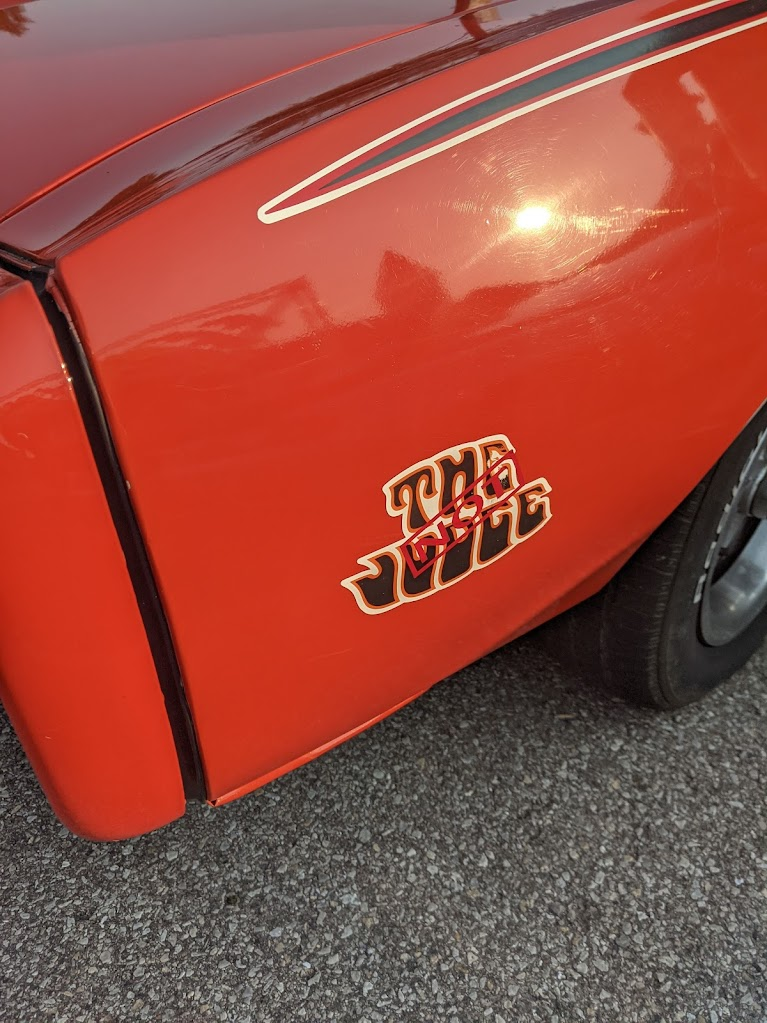 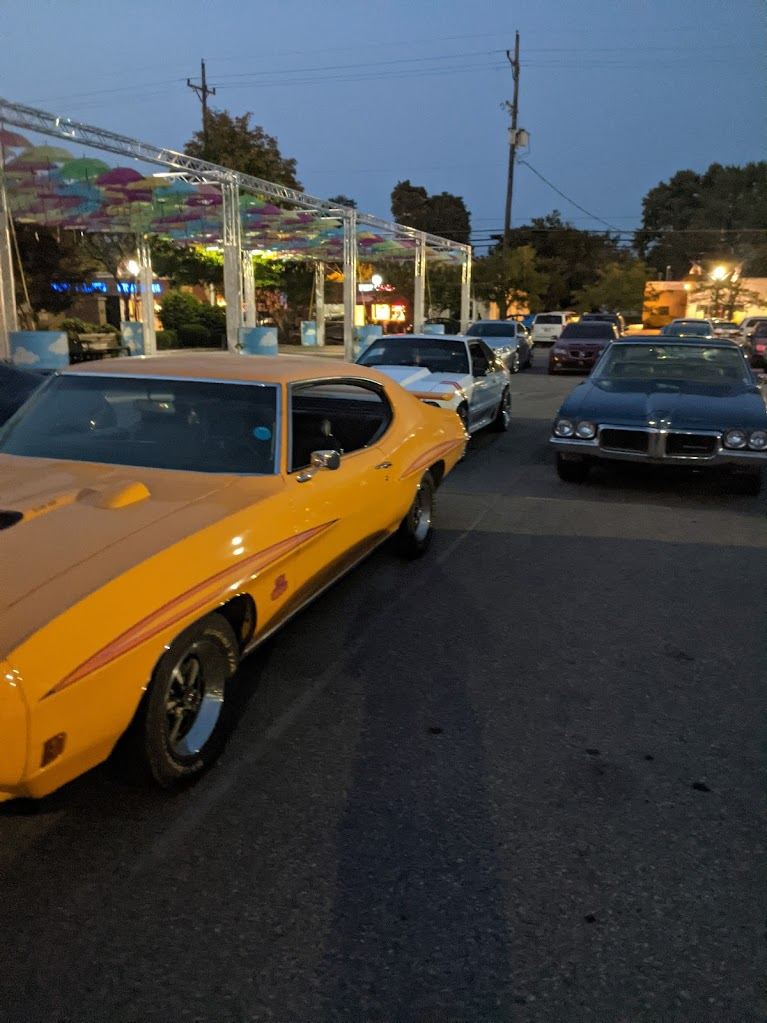 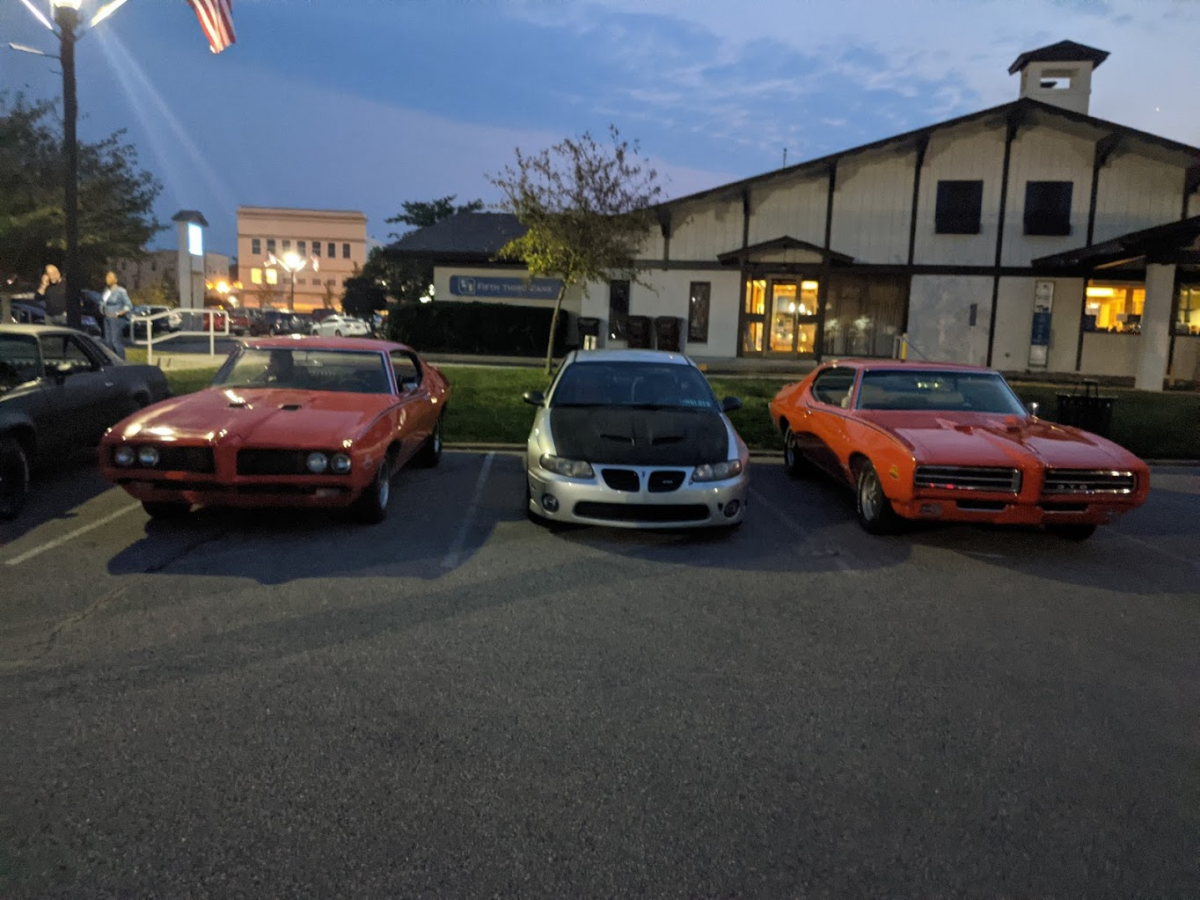 And finally laid to rest.... for the year. 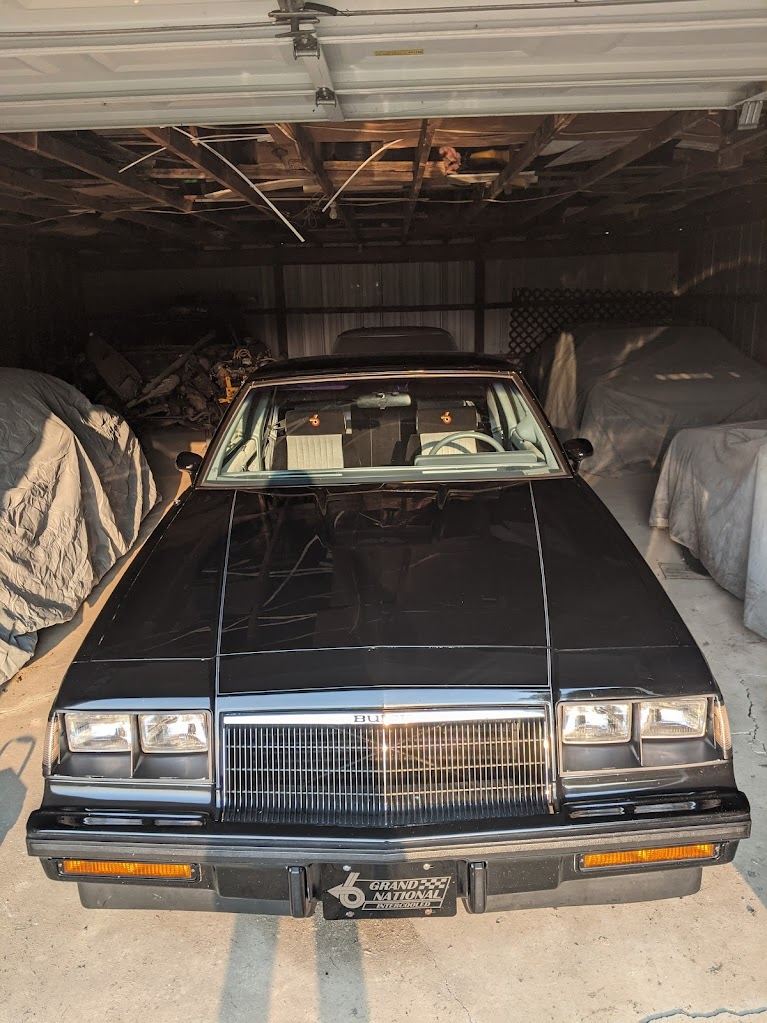 This time, it sits next to a sub-20k mile fox body Mustang GT, an Audi TT, a very nice '70 442, a '68 Cutlass in need of some love, and an early 2nd gen Camaro in need of even more love. Those two have apparently been sitting in their spots for over 20 years. The owner just keeps paying the rental fees, but never touches them. 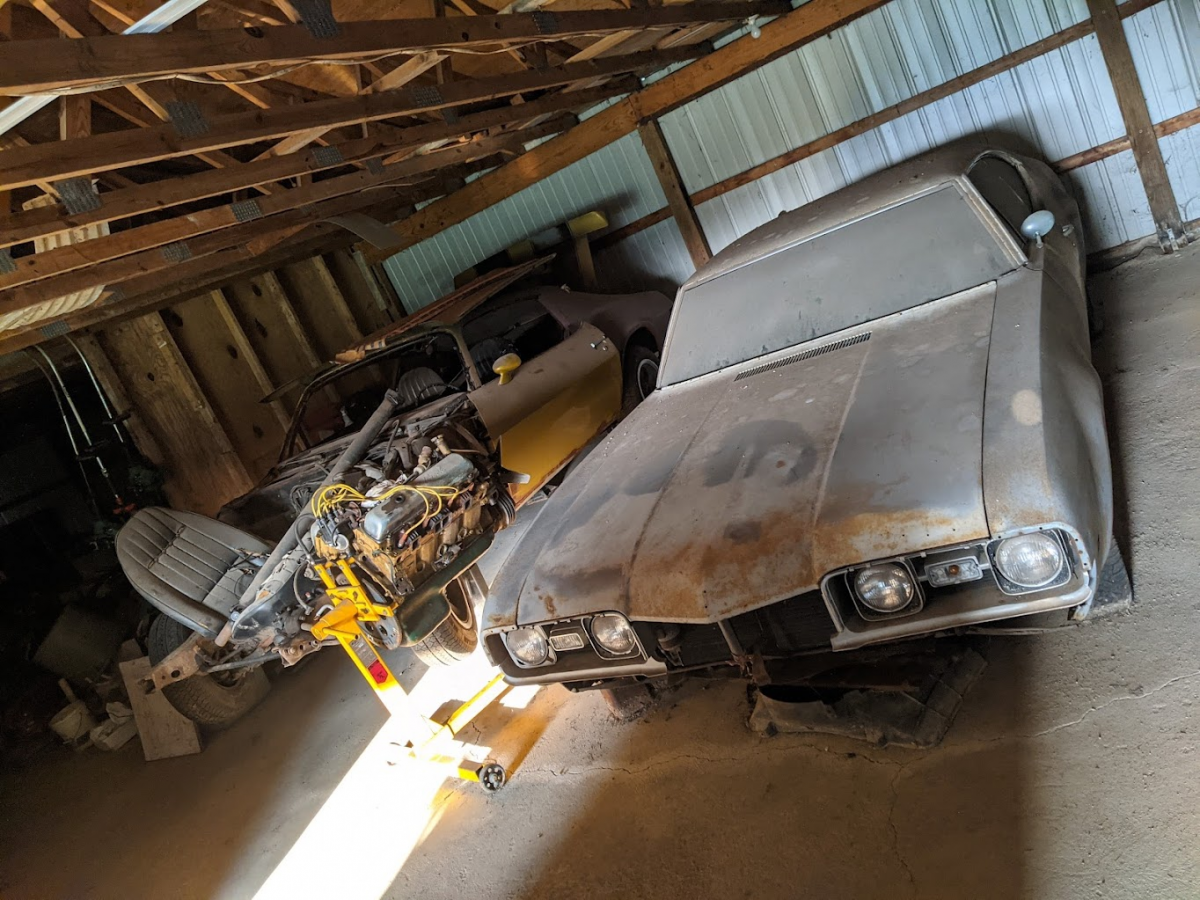 I noticed something to think about once I pulled the battery... My alky tank is leaking which explains why I've been going through it so fast and seeing intermittent KR. The pump is probably sucking in air on bad days. I swore that I wasn't putting another penny in this alky system, but going E85 was also snowballing into a very expensive conversion. Bite the bullet, or replace the reservoir just as I'm coming due to replace the alky pump again?

I guess that's a decision to be made in my spring update.

Gav'sPurpleZ said:
The non judge needs to put the california duster and Mother's quick detail spray down
and
find someone to polish out the swirls