i wanna say this is a repost since its from last year but jesus christ wtf were they thinking? 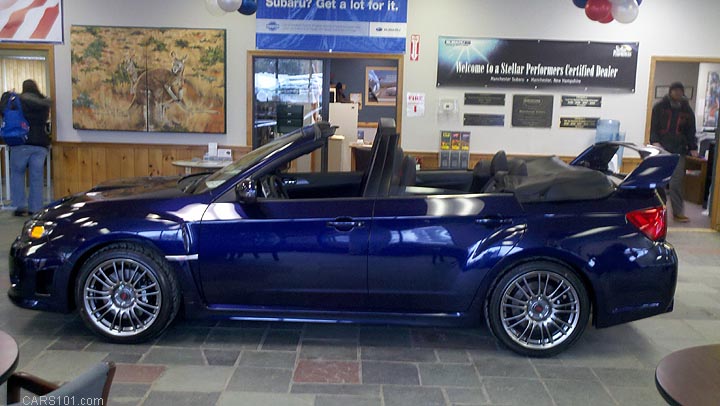 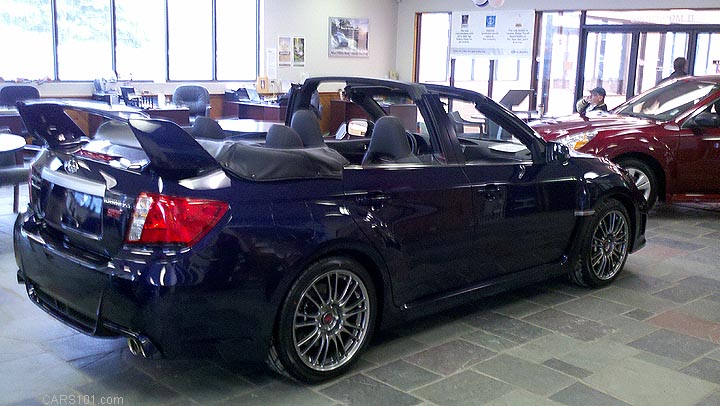 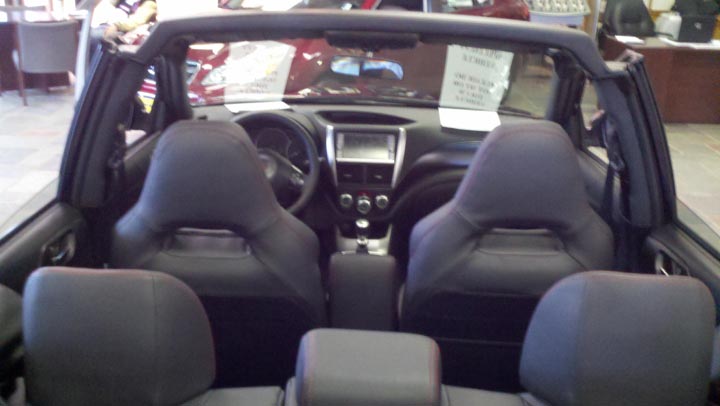 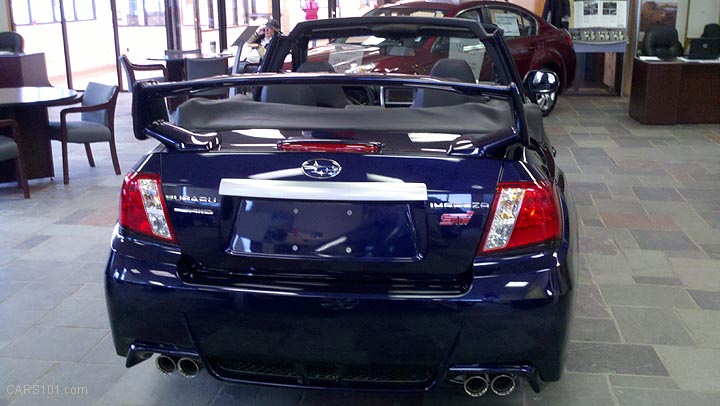 Car dealers do the strangest things to their vehicles. Just think about how many cars are out there with awful vinyl and fabric roof add-ons, a generation after manufacturers nearly swore them off entirely. Manchester Subaru in Manchester, New Hampshire isn't content to create some sticker-and-tape fake trim level on a top-dog 2011 Subaru WRX STI. Instead, the dealer has gone all Chainsaw Massacre on the rally-bred performance sedan. The result is a picnic basket of automotive woe.

At least the "handle" left after all the chop-shopping maintains a fleeting semblance of rigidity. The rest? Awful. There's an ill-fitting tonneau, chopped door pillars and the STI's trademark enormous wing still hangs off the trunklid. The worst part? This poor Subaru's price is purportedly $75,000. Not kidding. Sure, there's an "exclusivity" factor, but 75 large buys an awful lot of real high performance convertible; the kind that won't corner like an overcooked noodle. The dealership reportedly commissioned five of these abominations, which is likely five more than anyone wants. Thanks for the tip, Jason!
Click to expand...

And I bet it was sold before it was even finished.

Get rid of the wing and it isn't bad at all.

Pressure Ratio said:
Get rid of the wing and it isn't bad at all.
Click to expand...

you must be looking at a different picture than me.

Whoever buys this car should die in a fire. Twice.

god id completely blocked that thing from my memory. thanks for re-opening that door.