Peggy Carter with a shield, mmmm.


Disney+ has been quietly teasing its What If…? animated series for a while now, having released a quick teaser late last year that was fairly light on the wacky potential of Marvel’s What If brand. Today, though, Marvel Studios celebrated the long-awaited announcement of the show’s premiere date (August 11!) with an extended trailer that cuts right to the chase—and by “the chase” we mean good shit like Killmonger saving Tony Stark from the attack at the beginning of Iron Man, T’Challa leading the Guardians Of The Galaxy (and wearing a much cooler coat than Star-Lords, let’s be honest), what appears to be a Hawkeye Hulk (Hulkeye?), and, best of all, the arrival of Captain Peggy Carter. The idea, like the What If comics that the series is named after, is that these are alternate versions of the stories shown in the movies, presumably with easy hooks like “What if Peggy Carter got the super-soldier serum?” or “What if Hulkeye?”

Jeffrey Wright is playing Uatu The Watcher, here giving the usual “I’m just here to see what happens, I will never, ever, ever intervene” speech that comic readers know is complete and utter bullshit. The rest of the cast is similarly impressive, with Marvel Studios calling in pretty much everyone who has ever been in one of these movies who isn’t Chris Evans, Chris Pratt, or Robert Downey, Jr.—as far as we can tell. Some of the voices are immediately recognizable (nobody does a classic “Michael Rooker voice” like Michael Rooker, and that’s very clearly Hayley Atwell as Peggy Carter), but IMDB, as untrustworthy as it is, also promises Tom Hiddleston, Samuel L. Jackson, Natalie Portman, Jeremy Renner, Mark Ruffalo, Paul Rudd, Sebastian Stan, and even Chadwick Boseman. We’ve reached out to Disney for confirmation on the cast list, but if it’s really him, it would mean this will be the last chance to hear him playing T’Challa, and that this will be his final role.

God I cant wait for this

I can't remember which thread its been posted in before. But it deserves its own thread.
OP

Thirdgen89GTA said:
I can't remember which thread its been posted in before. But it deserves its own thread.
Click to expand...

I did some searching first but didn’t see anything.

looks like they brush against the Marvel Zombies universe, that was scary as hell.

Pumped! They could have easily, like other animated series post-feature-film, gotten voice actors. This is great.

Only one more week!

Too long. Want it NOW. 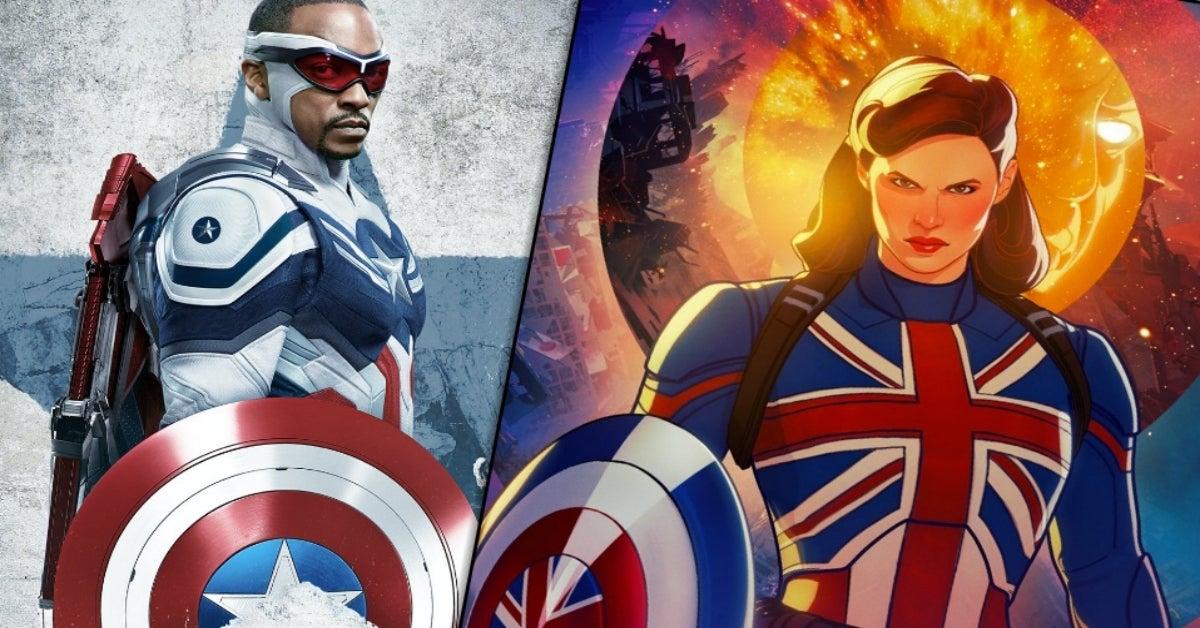 Man, they are losing their shit over what is clearly marketed as a series about an alternate universe.

Are they gonna be pissed off they turned Cap into a zombie too?

Ep 1 watched. I was not disappointed. I think I'm gonna love this series.

The pacing on this was nuts; so fast. Initially, I was disappointed because it just seemed like they were duplicating The First Avenger, with Carter, but then mid-episode it got a lot more interesting and I liked where they took it. Will definitely tune in for more, but hope they slow down the pace a little and don't treat the viewers like dum-dums (yes, we know what happened in the original).

While episode 1 may have played it a little "safe" they definitely threw out the rulebook for ep 2 But it was actually quite interesting. Especially that ending.

And it warranted not one but TWO vids from screencrush. But he definitely makes a lotta good observations that I didnt necessarily key into at first.

Ep 3 watched. I gotta say I'm enjoying these little interludes into what things are possible in other timelines/universes. The possibilities for this format are literally endless.

And screencrush has been an absolute machine w/ his vids lately.

Finally watched Ep 4. This was a pretty good episode, if not a little sad, and really establishes how the time stone works within its own timeline, and what kind of limitations it has

Ep 5 watched. It was the Zombie episode. This was actually a really fun episode Everything about it just worked. It was like Avengers meets Zombieland meets Walking Dead. Fun character matchups, by far the most humor of the season so far, and some actual meaningful moments as well.

Episode 4 was a pretty sad episode but really good. 5 was fun and hopefully the episodes continue to get better as they have been doing.