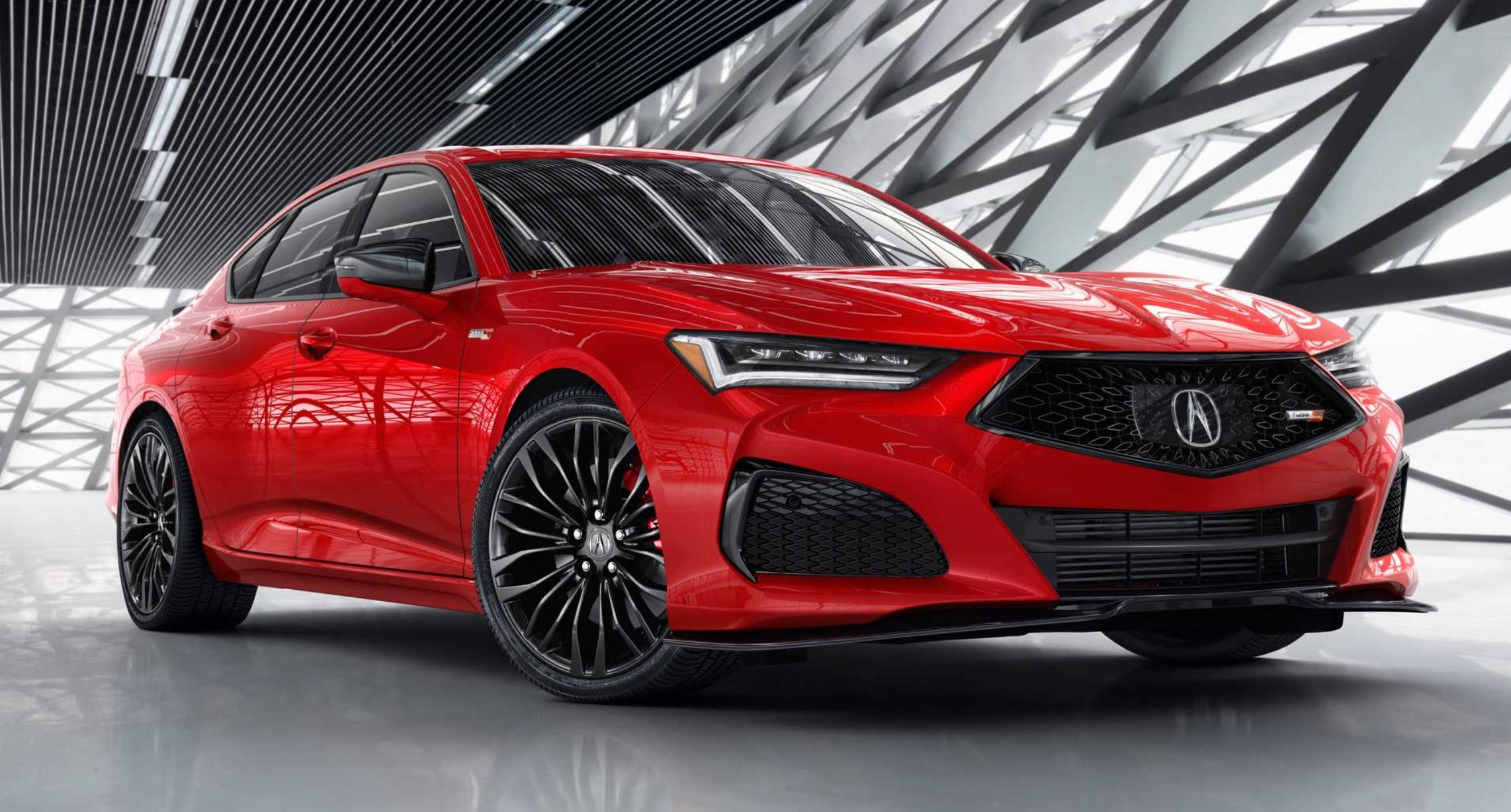 After some teasing and insider speculation, Acura pulled the virtual silk sheets off of the 2021 TLX, revealing an emotional sports sedan that doubles down on the brand’s resurrected “Precision Crafted Performance” philosophy. As the second model to sport the ethos, the 2021 Acura TLX is a four-wheeled reveille for the company’s future products and the first recipient for the reintroduced Type S nameplate.

Shine Like A Diamond
The 2021 Acura TLX impresses with its sophisticated new styling. The wheelbase is up 3.7 inches (94 millimeters), while overall length is up 2.9 inches (74 mm) and height is down 0.6 inch (15 mm). Most impressively, however, is a dash-to-axle ratio that increases 7.8 inches (198 mm). According to TLX Global Development Leader Marc Ernst, the rear-biased design was one of the team’s key concept targets, and it was important to achieve without sacrificing interior or cargo room.

The TLX’s stance is a key component to establishing it as a legitimate sports sedan, but details deliver as well. Acura’s signature Diamond Pentagon grille – first seen on the Precision concept – makes an appearance here, with an unusual pedestrian detection radar plate surrounding the large Acura logo. While we normally abhor such obvious sensor placement, the TLX’s treatment here is surprising and unique.

“Chicane” front and rear LED signatures recall the Acura ARX-05 prototype racer, and the headlights boast a simpler design than the outgoing TLX. A strong character line develops from the middle of the front doors and rises through the wide rear haunches. Unusually, the door handles rest directly on this surface development, meaning the front handles are several inches lower than the rears (which are also rotated slightly to match the body contour). It’s unusual, but we’ll concede that the peculiarity looks much better in person than in photos. 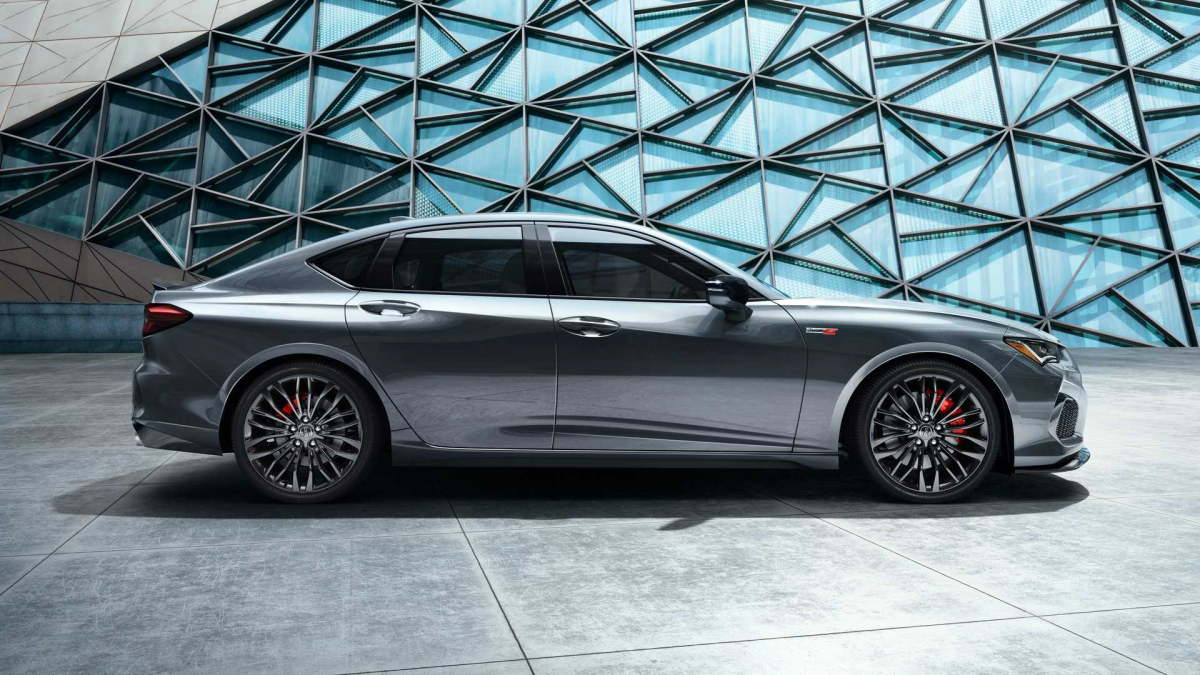 The hood features bold, boomerang-shaped surface accents and a thick “spine” that recurs again on the trunk, while a sculpted roof panel does an excellent imitation of Zagato or Italdesign. Stylists moved the license plate to the rear bumper, opening up real estate on the decklid for a big dessert plate of an Acura logo. From stem to stern, the TLX’s styling is bold, dynamic, and aggressive, and that’s just the base model.

Moving into the TLX Type S brings even more visual verve. Chrome gives way to gloss black accents on the grille, where an “open diamond” texture arrives to provide more cooling to the fancy new engine (more on that in a moment). Larger bumper-mounted air inlets serve the same purpose. A gloss black front splitter, rear spoiler, and rear diffuser enhance the Type S’ aerodynamics, and they’ll also be available in a carbon fiber finish. Two different 20-inch wheels are available: a standard 10-spoke design and a lightweight, forged Y-spoke inspired by the NSX.

Dynamic Duo
Powering all non–Type S versions of the TLX is a turbocharged 2.0-liter inline-four donated by the RDX. Producing 272 horsepower (203 kilowatts) and 280 pound-feet (380 newton-meters), the turbo mill is up 66 ponies and an astounding 98 lb-ft over the old base engine. In fact, the new 2.0-liter engine is torquier and nearly as powerful as the optional 3.5-liter V6 found in the 2020 TLX.

Power-hungry types will want to sidestep the two-liter and head for the TLX Type S, which gets its motive force from a brand new, Acura-specific twin-scroll turbocharged 3.0-liter V6. The company wouldn’t cop to power or torque ratings but claims the engine will produce 50 percent more low-end twist and “dramatic gains” in peak power and torque output over the current TLX's 290-hp (216-kW), 267–lb-ft (362-Nm) V6. Don’t be surprised to see around 380 hp (283 kW) and 350 lb-ft (475 Nm) from the Type S.

Both engines come with Acura’s 10-speed automatic gearbox, although the Type S gets upgraded internal components to suit its more performance-oriented mission. The Type S also comes standard with the next generation of Acura’s Super Handling All-Wheel Drive (SH-AWD), which actively routes extra power to the outside rear wheels in corners to improve balance and reduce understeer. Front-wheel drive is standard on models powered by the 2.0, but SH-AWD will be available.

Inner Beauty
Acura took the design language of the RDX and scaled it up appropriately for the TLX, which will become Acura’s flagship sedan when the RLX is put out to pasture this year. A revised center stack includes controls for Acura’s unique 10.2-inch infotainment display that’s controlled via a touchpad interface. Volume and seek buttons have been relocated for easier use as well.

A high center console separates the driver and front passenger, giving the interior an intimate and cozy feel without actually sacrificing interior space – the company claims class-leading hip and shoulder room for the front seats. Acura’s uniquely styled sport seats will likely be quite comfortable if the RDX is any indicator.

The Advance model uses open-pore wood trim tastefully, applied to the door panels and center stack spars. The top-spec trim also gets a unique turned aluminum finish to the center console. Advance and A-Spec both get vented seats as well as an improved version of Acura’s incredible ELS Studio 3D audio system. The A-Spec and Type S will boast aluminum trim, a flat-bottomed steering wheel, and available red leather with Ultrasuede accents.

raming Device
Built on an all-new, Acura-specific platform, the TLX proves the company will no longer be shilling warmed-over Honda products, instead creating a clear identity that recaptures some of the brand’s 1980s and 1990s magic. The new architecture is not shared with any current vehicles, but it might underpin future products from Acura.

The TLX is hunting down more sophisticated handling via a double-wishbone front suspension that replaces MacPherson struts in the outgoing sedan. Reviving a design used on such hits as the Legend, Integra, and both NSX generations, the TLX’s front suspenders should do a better job of resisting camber changes in corners, improving handling consistency. A multi-link rear arrangement returns for 2021.

Helping the suspension do its job more effectively is the most rigid platform Acura has ever produced, save the NSX. The 2021 TLX is 50 percent stiffer overall than its predecessor, although the suspension mounts offer localized improvements of 100 percent. Lightweight materials like aluminum and press-hardened steel make up 56 percent of the new structure, with a stiffer center tunnel and abundant underbody bracing providing added rigidity. Key lightweighting up front and relocating the battery to the trunk yields 57/43 weight distribution front to rear on the 2.0-powered TLX – not quite BMW levels, but not bad for a front-drive car.

A New World And A Bold World
The 2021 Acura TLX Type S (and, to a slightly lesser extent, the standard TLX) represents a new high-water mark for the brand. Company representatives freely admit that for the last few years, Acura products have felt lacking in enthusiasm, but it appears that those days are over. After more than 30 years on the U.S. market, the company is taking its performance heritage seriously again.

And the TLX – riding on a dedicated platform, sporting a new engine, and showing off custom duds that trade anonymity for aggression – is the latest move from a company that’s getting its groove back. While we obviously have to reserve final judgement until we drive the thing, the 2021 Acura TLX and TLX Type S seem to be the shape of things to come from “Precision Crafted Performance.” The TLX arrives later this year, followed in early 2021 by the Type S. Prices for the former should start around $35,000. 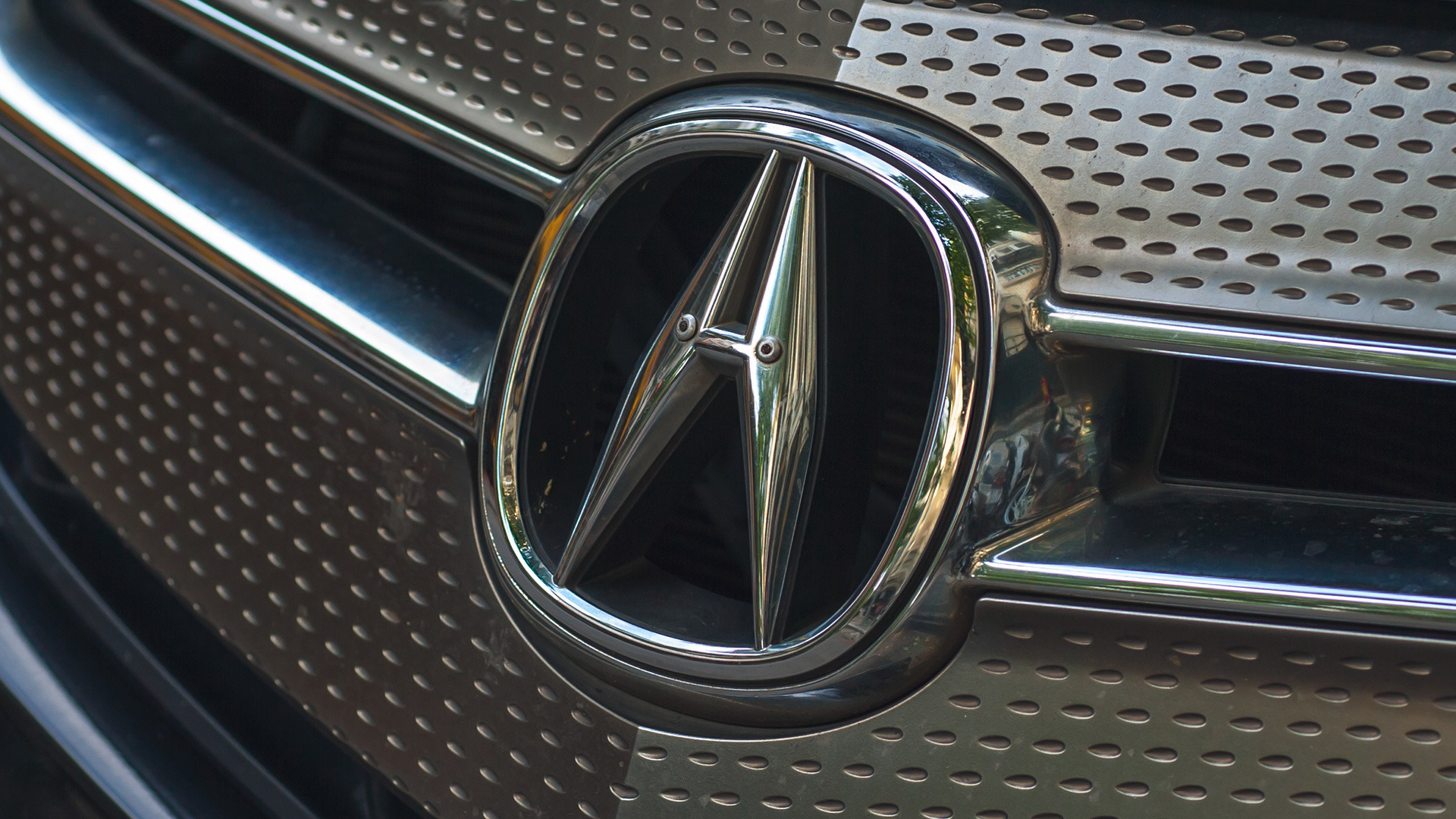 Everything is trying to look like an Audi A7 now and I'm not mad about it. I think that looks fantastic.

It's like an Audi in the front and a Lexus in the back, both of which are excellent choices.

Man that's awesome. I wanted to like the acura's when the wife was in the market 2-3 years ago, but their lineup just sucks (and was even worse at that time). This looks like a badass sedan

Looks great. I hope the type S is available earlier than 2021, it will be a contender to replace my Q50S in the fall. My wife has a 2020 RDX and its been great, only a few minor infotainment glitches.

It looks sharp.
Subtle changes, but makes it look much better than the outgoing model.
I'm glad they decided NOT to do an ugly big mouth grill, like on the Lexus.

I just saw ad for the new Type S saying “most powerful Type S ever in history”. 286 hp is currently a pretty low bar to beat, guys.

Outside images are nice, but the interior isn’t doing it for me. That “tacked on” screen above the center stack loses me. Hate that look.

I am liking this car.
OP

Well well well. Its not a total underpowered turd.

It's not uncommon for an automaker to tease the look and feel of a vehicle yet hold back on the final power numbers. Whether it be last-minute changes and testing or just an attempt to build suspense, we've seen it time and time again. This morning, however, Acura followed up their late May release with the TLX Type S official power numbers and it's far more promising than what the naysayers would leave you to believe.

The 4-door's 3.0L V-6 is boosted by a twin-scroll turbo setup, and according to Acura's PR, will produce 355hp with 354 lb-ft of tq. A significant number, especially when you consider some of its direct competition, which includes the likes of Audi's S4 and its 349hp, BMW's M340i and its 382hp and you can't forget about Infiniti's Q50 Red Sport 400, along with others.
Click to expand...

They're going to run a pair of TLX's with that engine a PPIH next month. Pace car, the prototype Type S:

"And as a special surprise, Acura will be pacing the field with a prototype of the new 3-liter turbo V6 TLX Type-S."

The 98th running of the Pikes Peak International Hillclimb is going down one month from Thursday, and Acura just pulled the covers off of its competitors for the event. Instead of the MDX and RDX racers that the automaker has fielded for the last couple of years, it will be attacking the hill...
jalopnik.com
OP

They really nailed this car. Excited to see what people do with it.

I’m a bit underwhelmed with the power. Acura needed to come out with more power than the Germans. I feel like the hp target needed to be closer to 400hp.
OP

I'm betting it'll be very easy to hit 400 with just a tune or a tune and a cheap part.

I would have liked more power, but this is definitely a start...and it looks GREAT.

it looks fantastic for sure. I thought it would be at minimum 400hp, considering the competition. I'm also curious how the 10 speed will pair with this engine.

Things I’m having a hard time grappling with: 57/43 weight distribution and FWD-based.

Then again, this is also from the company that makes the Type R, arguably one of the best FWD cars of all time that drives as neutrally as a RWD car despite 62/38 distribution, so perhaps it’ll all be OK. And their SH-AWD is pretty badass.

Nice car, no wagon though?!