wow, that has a lot of jag f-type in it

Agree, this does look really good. Changed my mind.

snagged the video off of insta.
the board won't let me post an mp4, so here is a zip

Toss is on youtube and just make it unlisted. We don't accept video uploads.

Hell yes. I always want their to be a manual option, but if they do dual clutch I get it.

Love the modernized Datsun front-on view. Dare I say, I am enticed.
OP

Thats what gave me a rager.

How is that car supposed to dyno with all 4 wheels strapped down?

This dude is getting fired

I dig it a lot

This thing will be 10-20k over if they only do a limited run for the first year. Beautiful car

Goddamn, these things look incredible. I'm going to really like these until they start becoming obtainable to people who wear this hoodie.

I'm glad I saved the vid file off

Would take this over a supra any day.

I don't really get why manufacturers care so much about leaked photos or vids so much besides pissing off the corporate guys who want to control the release of information so much. Have spy photos or leaked images ever resulted in fewer vehicles being sold or could that even be determined? It'd probably benefit them to just release their own stock photos of pre-production models in order to be able to avoid all the security measures and secrecy that they have to otherwise maintain. 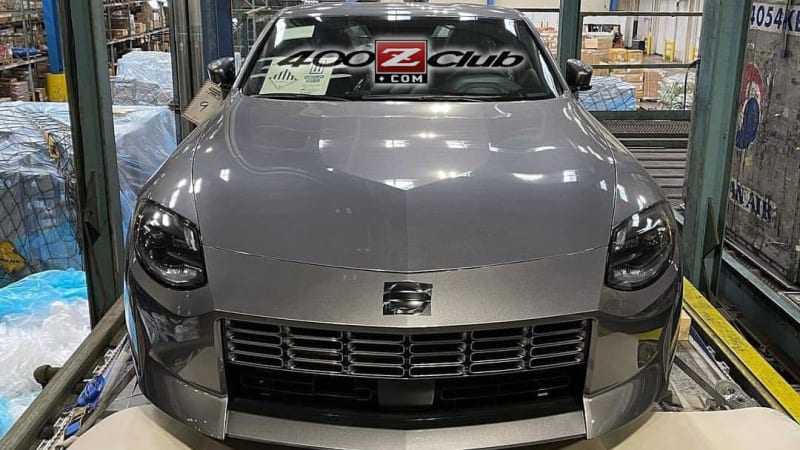 Nissan Z will just be Z, not 400Z, source says, sharing other details

A guy-who-knows-a-guy wrote a post at the 400Z Club forum pertaining to Nissan's upcoming rework of the Z, which if true, spills lots of beans.

here's a reason we have a "Rumormill" logo: A guy-who-knows-a-guy wrote a post at the 400Z Club forum pertaining to Nissan's upcoming rework of the Z, and if it's correct, the forum's going to have to figure out a new name for itself. The car, in this telling, won't be called the Nissan 400Z, a moniker we all admittedly just assumed. It'll simply be the Nissan Z.

More precisely, it will remain the Fairlady Z in Japan, and will be called the Nissan Z in other markets.

The poster "Houston.Z35," who says he's getting this from relatives who live close to the action at Nissan's Tennessee plant, has lots more info. Which could be accurate, inaccurate, or subject to change. Reach for your shaker of salt and read on:

Moving up from the base model, you'd get:

And, if this isn't burying the lede, the source says a Nismo version will come along. Houston calls it a "baby GT-R" ... "It won't just be a body kit, exhaust, tune and some badges this time."

Check out Houston's report at the forum. And soon, we'll see about all that.

that color is not great.