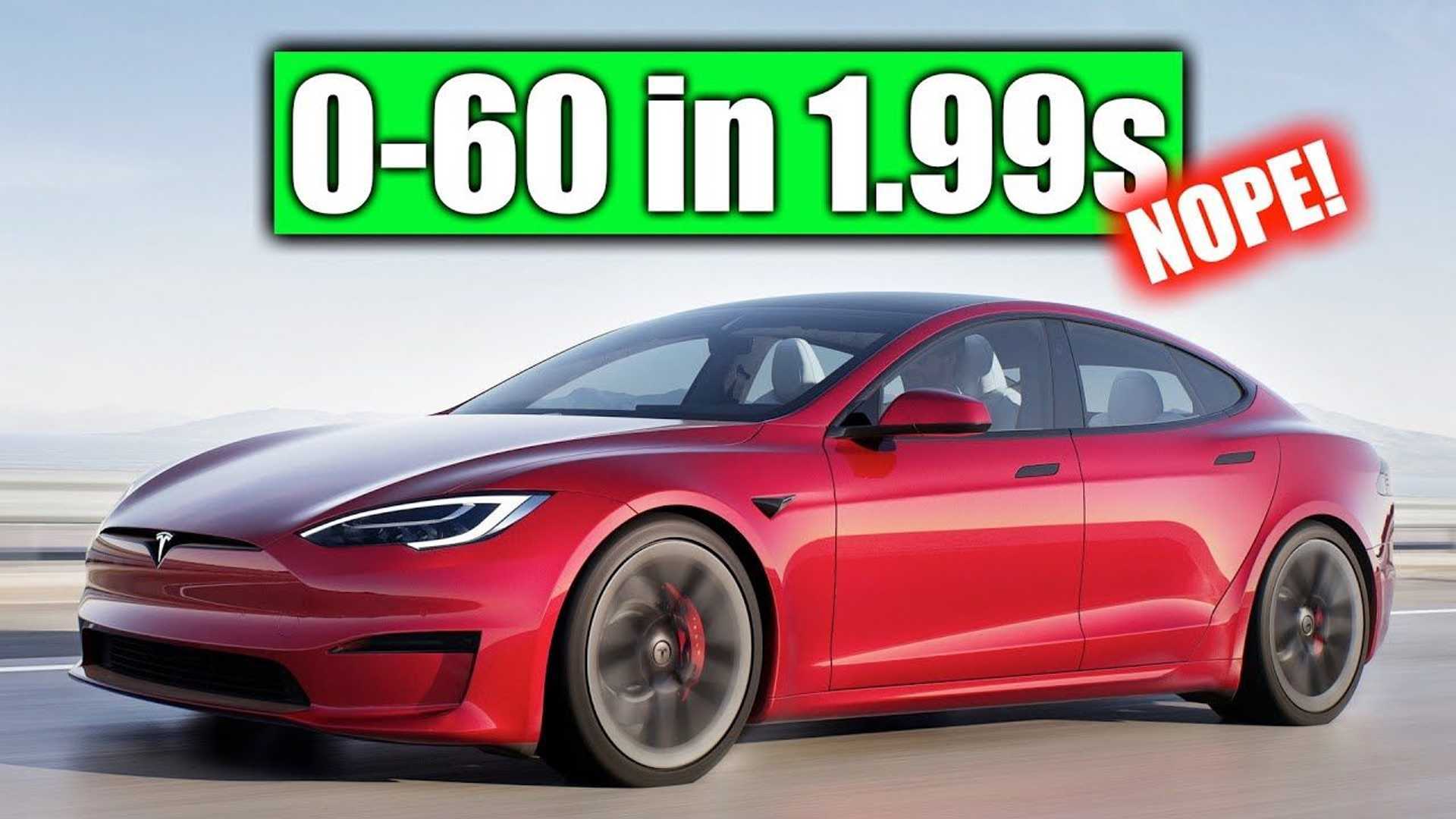 We examine Engineering Explained's video in which the host uncovers how Tesla claims a sub 2-second 0 to 60 time for the Model S Plain Plus.

Fenske says he has three main problems with Tesla's method of hiding the fact that rollout was used in achieving the 2-second 0-60 times.

And this guy had nothing better to do...

I mean, it is totally unacceptable if it runs 2.01 seconds. I want my deposit back.
OP

This guy's vids are generally super informative and interesting. Hes a smart dude.

The rollout thing is pretty much industry standard. But my only real problem with this video is the assumption he makes that a car can only accelerate as fast as it can brake.

It makes logical sense that brakes can only slow you down at the limit of tire traction, so theoretically that’s as fast as it could accelerate right? Maybe that’s true but maybe it’s not, it’s all just an assumption on his part. And even if he’s right and it only does 1.99s with a 1ft rollout what does it matter? It’s still likely the fastest anybody is ever going to go in a mass produced street car that is semi-affordable