I foresee a lot of Hemi-powered Wranglers being parted out soon after being purchased.

the amount of fucks given LOL

There of been plenty of 392 concepts at the Jeep Easter Safari and SEMA for years. The fact that they made changes to the frame and structure, and said so, makes it seem like this has more serious intentions for production. 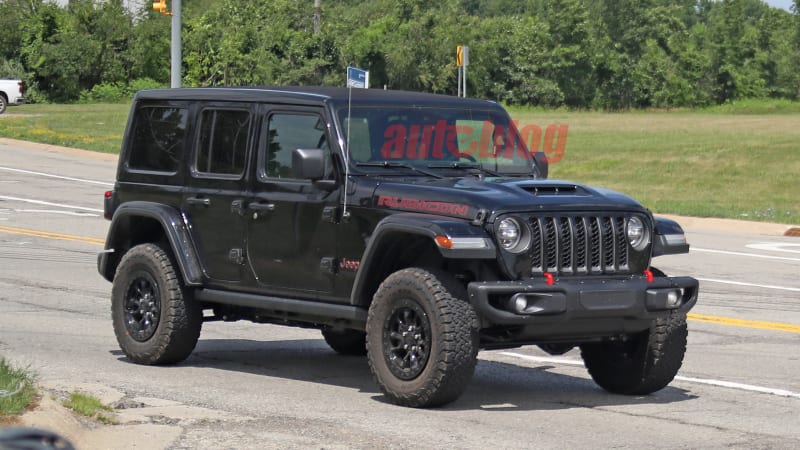 Jeep Wrangler Unlimited with the same type of hood and wheels as the Wrangler 392 concept spied. It seems to be a prototype for the V8 Wrangler.

Hopefully it’ll give it some more towing capacity then. I mean the Durango with the 392 pulls up to 8,700 lbs!!

A wrangler towing that much would really be sketchy...

I was actually looking this up the other day. https://www.beavermotors.net/jeep-towing-guide.htm 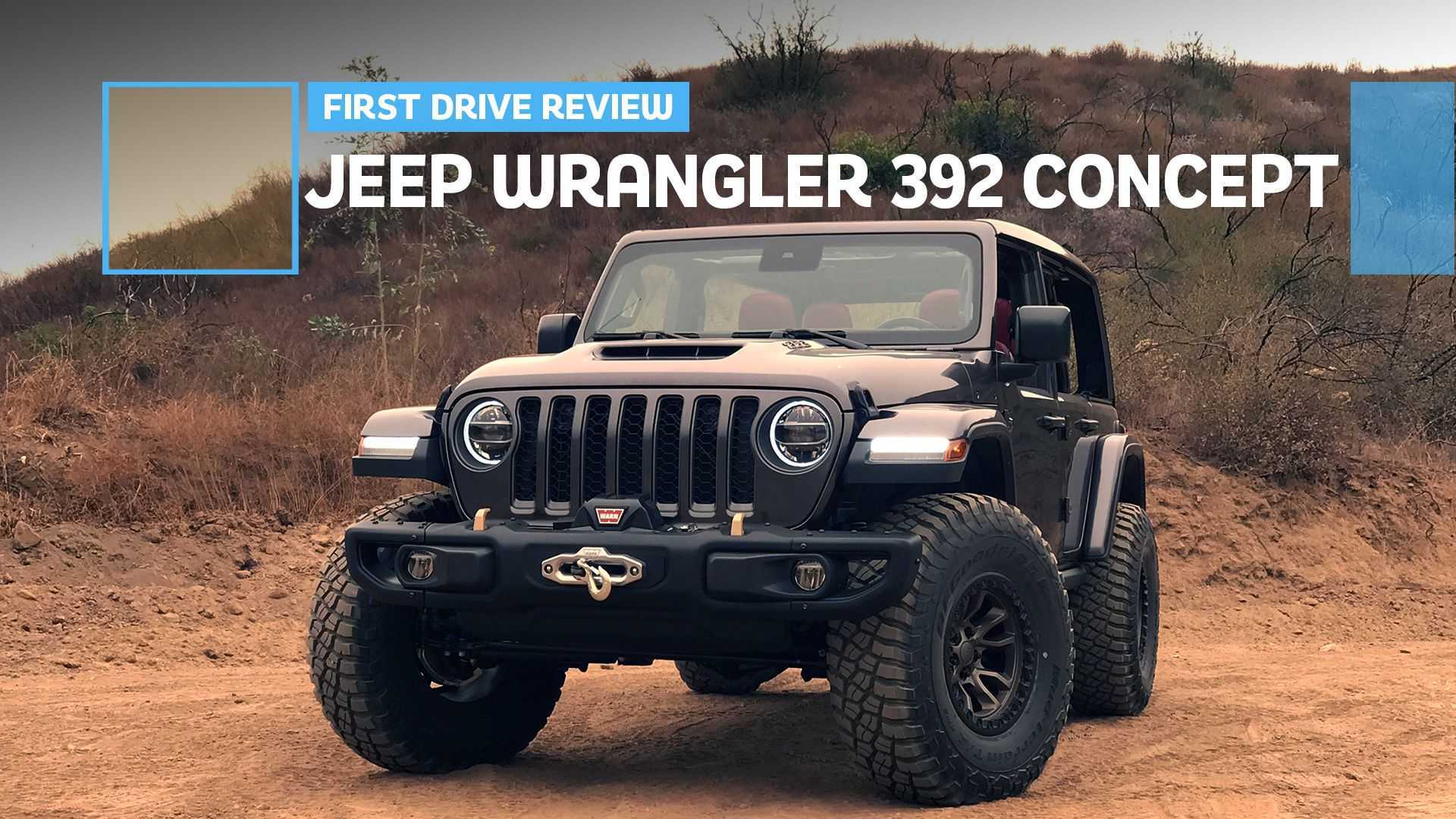 In our first drive of the insane Jeep Wrangler 392 concept, we got a taste of what’s almost certainly to come in the next few years, and we can’t wait.

Jeep says it built the Wrangler 392 not as a preview of a specific production model, but a proof of concept to the naysayers who claimed a V8 wouldn’t fit between the off-roader’s nimble shoulders. But even so, company representatives hid a coy smile when asked if a similar vehicle was in the Wrangler’s future, only admitting that they were watching the public’s reaction – which has been almost universally positive. This author’s fearless prediction? Expect a V8 Wrangler before 2022.

As such, it’s way too early to discuss potential pricing or fuel economy, but the aforementioned Grand Cherokee SRT offers some clues. A starting price of about $65,000 wouldn’t be out of the question for a production Jeep Wrangler 392, representing a jump of about $36,000 over the base Wrangler (the Grand Cherokee SRT demands a similar premium relative to the Laredo). And the lighter Wrangler might get better fuel economy in the city than the GC’s 13 miles per gallon, though the vertical windshield and bluff front end might limit the highway number to 18 or 19.

Whatever it costs and however much it drinks, the Wrangler 392 (or whatever production model will almost assuredly succeed it) is going to be a hot commodity among Jeep fanboys. As carefree and fun to drive as any Wrangler should be, that 6.4-liter Hemi nonetheless gives the lifestyle SUV some incredible moves. Sort out that traction control and sign me up for another 10 minutes – at least.

With a 392 this POS death trap will be much more efficient at doing Darwin’s work.

N20GT said:
With a 392 this POS death trap will be much more efficient at doing Darwin’s work.

Even better if they put a Hellcat setup in it