Upgraded the MINI to something even more family friendly

missed this thread, Congrats on the new ride !

A year mans 8,000 miles later; this car is just as ballistic as the day we bought it.

The good:
I can’t seem to get it to loose grip; it has a level of tenacity for traction I’ve never experienced. It begs to be driven hard.

The drive modes are hilarious; it goes:
Intelligent, Sport, and Sport #.

What this actually translates to is:
Intelligent, Entertaining, and I hate my clutch.

It ‘Feels’ special, the last car I owned that had that sensation was my 03 M3, it’s hard to describe. You can tell from the moment you see it that it was built with a mission in mind. When you sit in the fat boy recaros with the Red safety belts and the stupid spoiler filling the rear view you just feel like your doing something naughty even just parked in the community center.

It moves with authority; but nowhere near as harsh as what I’ve been lead to believe. I know 2019 they made a bunch of changes to make it more complacent and it seems to have done the trick.

It is an absolute scalpel of a machine and does it with a car seat in the back and groceries in the trunk. Draws lots of compliments and attention.

It gets worse MPG of anything I’ve ever owned; it’s comical how bad it is. It’s insatiable thirst for premium fuel is crazy; it’s been averaging 16mpg this winter.

The heated seat switches are in the dumbest location; appears like a complete afterthought.

Clutch is VERY grabby with a very little friction point travel; I’m a decade+ veteran of driving manual cars daily and I still stall this car when it’s in Sport+ mode unless I’m driving it like a pre-pubescent teenager.

I’m still bitter about how much this thing cost; I got a stupid deal (end of December about $6300 off MSRP, almost a thousand under invoice and 1.49% for 72), but the initial $45,000+ sticker on this thing is just insane especially given the age of the powertrain at this point. Even being out the door under $40,000 it seems like a lot of money for a car whose base trim level starts at

did I mention the garbage MPG?

That all being said; we both love this stupid car, no regrets and loving it every day.

Even the RS is averaging 19.8mpg over the last 3 months on Fuelly, and 20.5mpg average lifetime. And I usually drive like a speed demon on the highway which the RS hates because of its short gearing.

Even the RS is averaging 19.8mpg over the last 3 months on Fuelly, and 20.5mpg average lifetime. And I usually drive like a speed demon on the highway which the RS hates because of its short gearing.
Click to expand...

STI Gearing is stupid short as well; and technically the roots of this powerplant are what, 15 years old? It gets 17-18 in Summer mixed, but winter blend is definitely no bueno.
OP

Dasfinc said:
The drive modes are hilarious; it goes:
Intelligent, Sport, and Sport #.

What this actually translates to is:
Intelligent, Entertaining, and I hate the environment.
Click to expand...

Jesus my truck gets better mpg.

Wow that’s horrible lol. You should have no problem with the MPG you’ll get out of a 3/4 ton suburban then.
OP 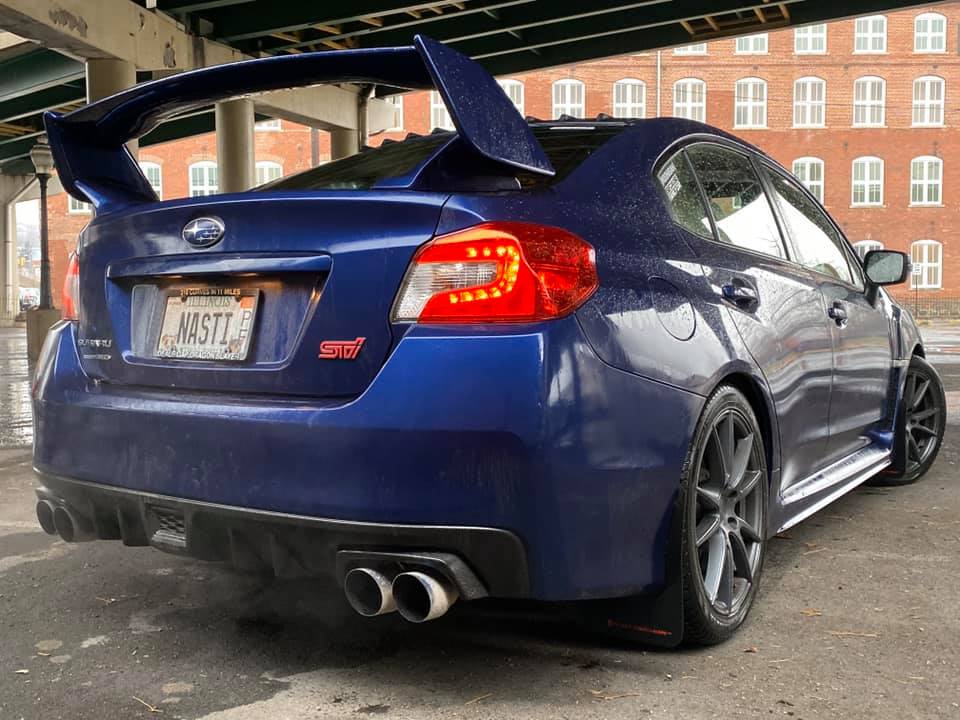 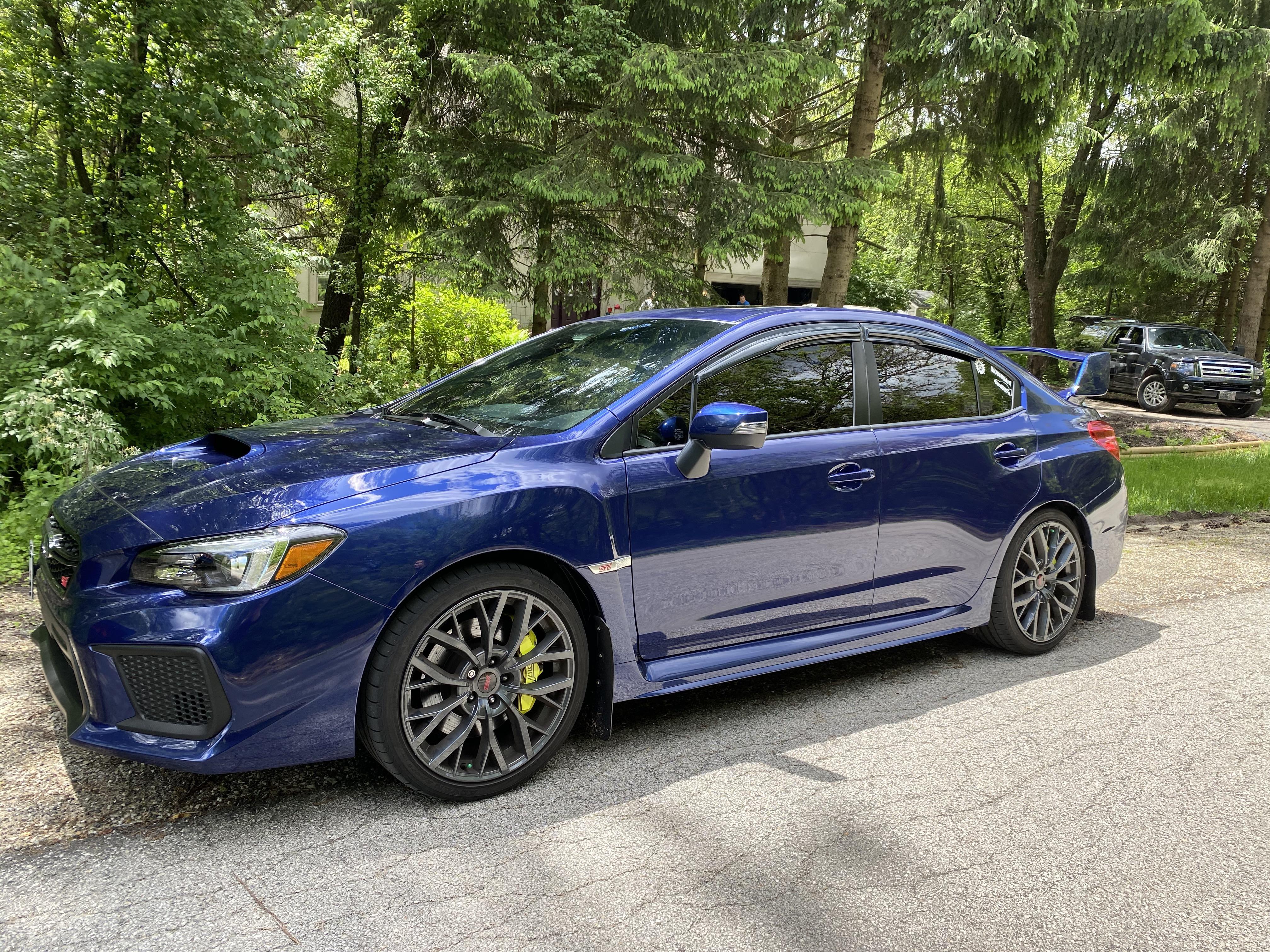 Nearing the 3 year mark for Updates;

Car has a Cobb on it finally, the difference is significant.

Only has~13,000 miles on it since it hardly went anywhere the past 2 years of any significant distance.

Driver side seat cover was replaced (was already bolster wearing badly, I know I’m a big dude, but really?).

I think the front rotors are warped Honestly, dealer attributes it to being a “performance” car for NVH on braking, but that’s just horseshit…

Otherwise the car has continued to be a rockstar and generally hilarious to drive and angry sounding as ever, we have noticed it is much more touchy about its fuel quality since getting the COBB.

A birdie was telling me that you were going to be putting a Tesla drivetrain into a Ford Ranger?

Turbocharged400sbc said:
A birdie was telling me that you were going to be putting a Tesla drivetrain into a Ford Ranger?
Click to expand...

Maybe if I wreck the Tesla I ordered?