First gen Volt was pretty bad. This takes the cake.

someone needs to make a kit so the back window vents like a minivan or quarter windows on a Navigator ect.

That should get rid of the cabin pressure so air can escape out the back.

98GrandPrixIraqVet said:
someone needs to make a kit so the back window vents like a minivan or quarter windows on a Navigator ect.

That should get rid of the cabin pressure so air can escape out the back.
Click to expand...

Seriously need to send in your resume to Toyota. They need you as lead engineer!

98GrandPrixIraqVet said:
someone needs to make a kit so the back window vents like a minivan or quarter windows on a Navigator ect.

That should get rid of the cabin pressure so air can escape out the back.
Click to expand...

Jeffs FRC said:
Seriously need to send in your resume to Toyota. They need you as lead engineer!
Click to expand...

Apparently they should fucking fire their own too.

When the Toyota Mini van looks better than their own sports car....... 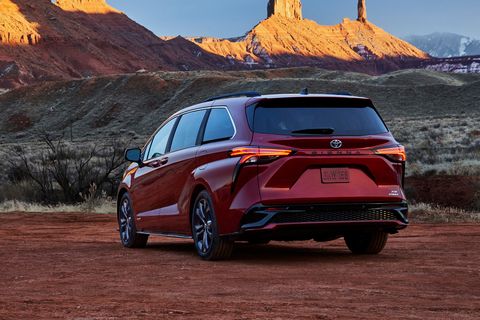 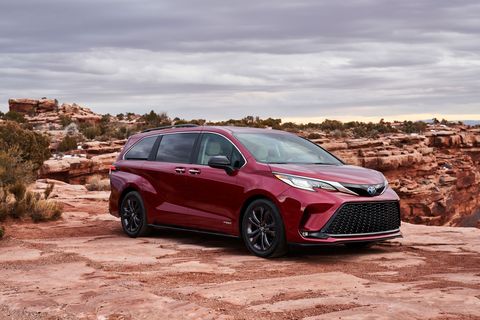 Ok fine when your companies sedan lools better than their own sports car.

Psst at least the mini van and sedan dont have a damn beak.

The Supra is one ass ugly car. 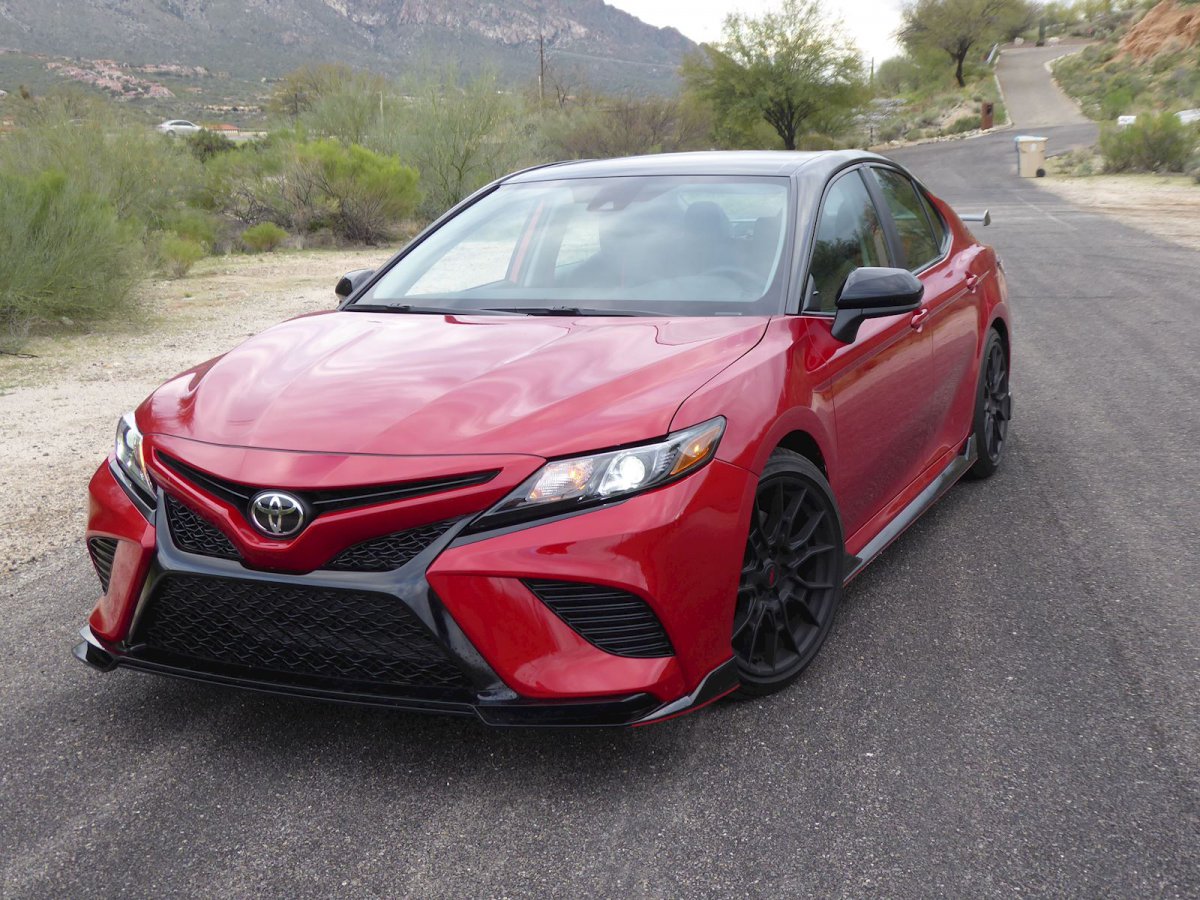 Seen a few of these in person and just here to report they look awesome. That is all...

They announced the pricing for the 2.0 edition, $42,990, which is turning into a stripper model:

Smaller brakes - (330mm x 24mm vs. 348mm x 36mm), and with single-piston calipers vs. four-piston.
No Active Differential and Adaptive Suspension
A four-speaker audio system is standard, vs. the Supra 3.0’s 10-speaker system.
Supra 2.0 seats are manually adjustable, vs. 14-way power-adjustable in the 3.0.

Last year the 2020 Toyota Supra had a lot of speed on the ramp of hype, but ultimately failed to blow people’s minds as a driver’s car. I heard it from many of my fellow road-tester friends, we all saw how quickly it dropped out of Road & Track’s Performance Car Of The Year test, and I can’t say I was particularly taken with the car myself on a recent week-long road test of the outgoing 335-HP model. 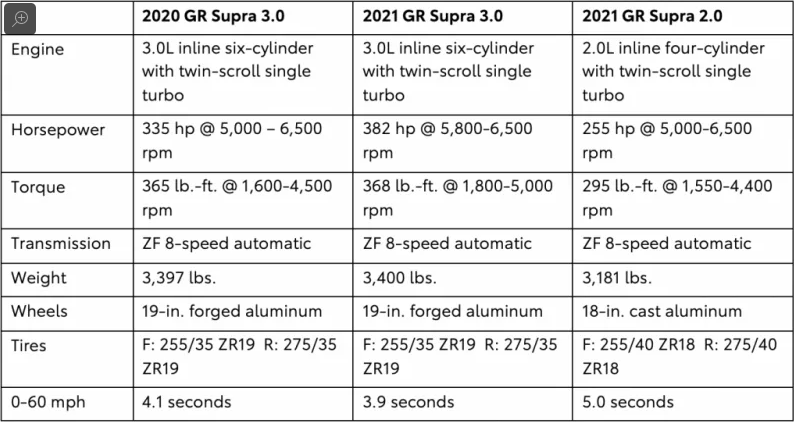 But that car is gone, mitosis’d into the above-described four and six-cylinder variants. Both are still only available with an eight-speed automatic transmission, there’s no manual. Toyota describes the two powertrain variants in great detail on the company’s media site, where I’m getting all my specs here.

The $42,990 2021 Supra 2.0
The new two-liter Supra is significantly lighter (more than 200 pounds) than its bigger-engined brother, but obviously the real value is accessibility. As in, Toyota’s hoping more people will have access to a $43,000 loan than a $51,000 one. Or at least, be able to make the monthly payments.

Besides the smaller engine, Toyota cites the following diet tips for how it kept the 2.0-powered car’s curb weight down:

The first question many enthusiasts and prospective buyers will be asking: Is it at least 1.6 times as cool as the ~$27,000 Toyota 86, which is similar in size and purpose?

Advantage 86: It’s much less expensive, it comes with a manual transmission, it’s about 400 pounds lighter, you can order it in Hakone Green.

For me personally, I’m so infatuated with the new Supra’s looks that I’d be inclined to lean toward it over the 86 for the design alone. But objectively speaking, without scooping my upcoming Supra review too much, I say it’d be easy to make a case for getting the older, cheaper car instead.

With that out of the way: If you do want a 2021 Supra but you’re worried the 2.0 will be too slow, I don’t think so. It certainly accelerates with more gusto than an 86. But if you’re looking for maximum attack, you need to step to the power-up’d 3.0 model.

The $50,990 2021 Supra 3.0
The headliner 3.0-liter Supra steps into a much tougher tier than the 2.0 with its now-382-HP engine. This version of the Supra can tangle most notably with the venerable Porsche 718 Cayman on paper, though it’s important to recognize that horsepower and 0 to 60 times only tell part of a car’s story.

That’s why I’m eager to try the revised flagship Supra for myself. I don’t think a lack of acceleration was the car’s problem with the old tune on its engine, but Toyota is promising that the chassis has also been significantly revised along with the electric power steering, which could change the driving experience immensely.

As detailed by Toyota:

And as previously mentioned, Toyota managed to find some extra HP for this car, moving its claimed specs from 335 HP and 365 lb-ft to 382 HP and 368 lb-ft. Here’s how the company says it accomplished this:

The increased output results from a slew of upgrades throughout the engine. The new dual-branch exhaust manifold, with six ports instead of two, improves airflow and heat management. A new piston design reduces the engine’s compression ratio from 11:1 to 10.2:1 in order to prevent abnormal combustion due to high boost.
Click to expand...

Stay tuned for more updates and a comprehensive review of the new four-cylinder Supra.

It’s not only no active differential, it’s no limited slip differential at all. The 2.0 has an open differential. And it’s tuned for comfort so it loses all of the edge and sharpness that the 3.0 Supra has. Kind of pointless, really. Unless you just want the Supra’s looks for 8,000 fewer dollars.

Why buy a 50k Supra when you can have a 50k Mustang, Challenger, or Camaro?

Love them or hate them, these cars are impressive.

Love it! What fuel are they running?
OP

Looks pretty good in blue and I maybe able to get over the beak at over 500hp LOL.

No such thing as being ugly fast.
OP

Of course cant see the face from that angle.

That trick works on women sometimes you gotta turn them around too!