At its "Battery Day" event today, Tesla surprised folks with details on a new high-performance car. The Model S Plaid is available to order now, and the numbers are absurd—over 1100 hp, 0-60 in under 2 seconds, quarter-mile runs in the nines, over 520 miles of driving range, and a 1:30.33 lap of Laguna Seca. And it's yours for $140,000.

Tesla CEO Elon Musk didn't offer a ton of details on the new model beyond some headline specs, but he did say there's another three seconds or so to be had around Laguna. For reference, Motor Trend got a McLaren Senna around the famous Monterey track in 1:27.62. Musk boldly proclaimed that the Model S Plaid would be quicker than any production car around any track.

The Plaid uses a new tri-motor all-wheel drive system, presumably with two electric motors at the rear axle and one for the front, allowing for all sorts of wild torque vectoring possibilities. In clips of the car lapping Laguna Seca—which were shot this weekend—we can see that the Model S Plaid has some sort of big wing or spoiler on the back.

Tesla has opened online ordering for the Plaid now, and it says deliveries will begin in late 2021. Oh and the name? It's a reference to the Mel Brooks classic Spaceballs, where beyond light speed, there's Ludicrous Speed—a term Tesla has used for years now—and then, plaid.
Click to read more...
TS
TS

Jesus, the want is real. But cant afford it

They’re saying “less than 9 secods” for quarter mile and over 520 mile range. Nothing at that price comes close to that performance 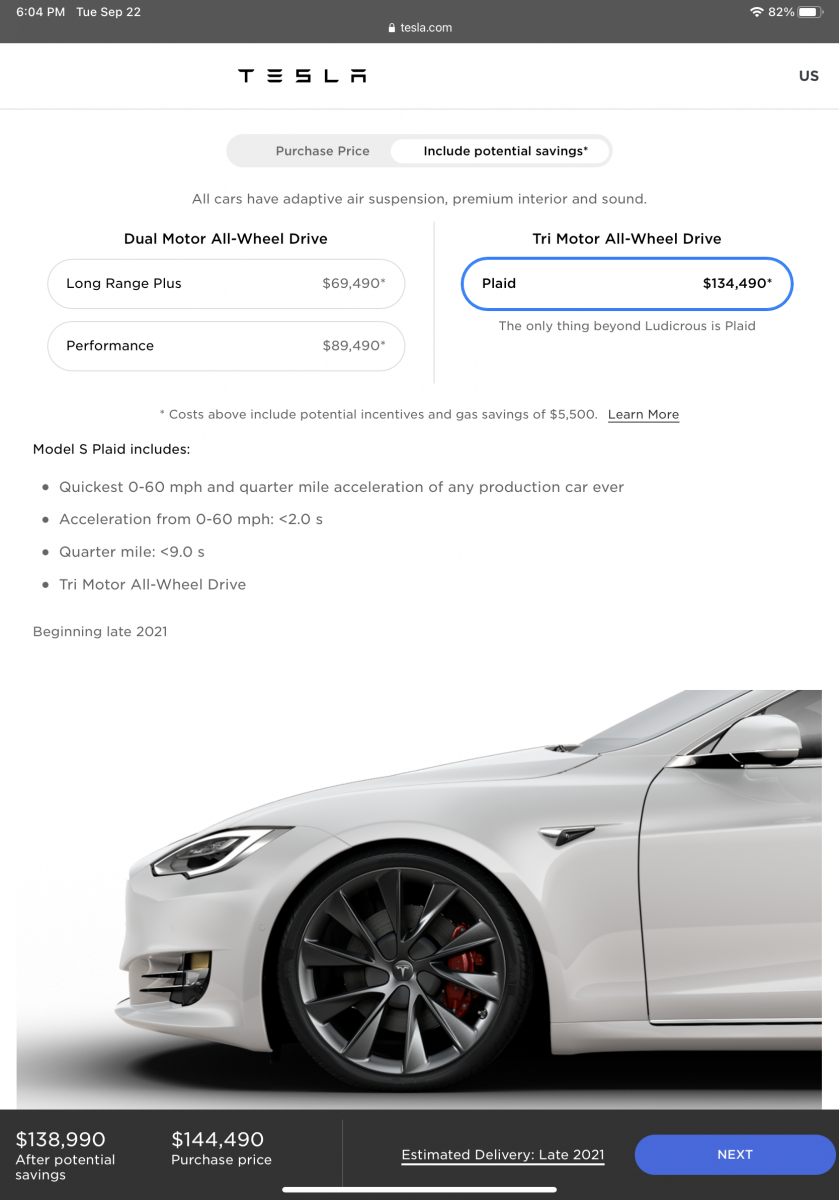 I’d trade my Perf X for that - but the family (wife) would kill me !

Just finished watching their battery day presentation. If half of their numbers are correct, it's truly amazing. Their ability to change manufacturing processes in such a short time frame is amazing, along with the focus on less should be more.

Jesus I want it!

. Still a full year out before the first models . I might see a new daily / race car in spring of 2022

Bro, you were last seen 24 minutes ago. Just post in the damn thread.

Even Spaceball One would bail out on that race.

The big question is when . Hopefully that's not bunch of empty promises like it was with the Roadster . 3 years passed and still crickets when it comes to Roadster

looks so nice. Who else wouldn’t mind seeing a Model S race car? Stripped interior, roll cage and the whole 9?

A completely electric car race would be boring to hear, but very interesting to watch. 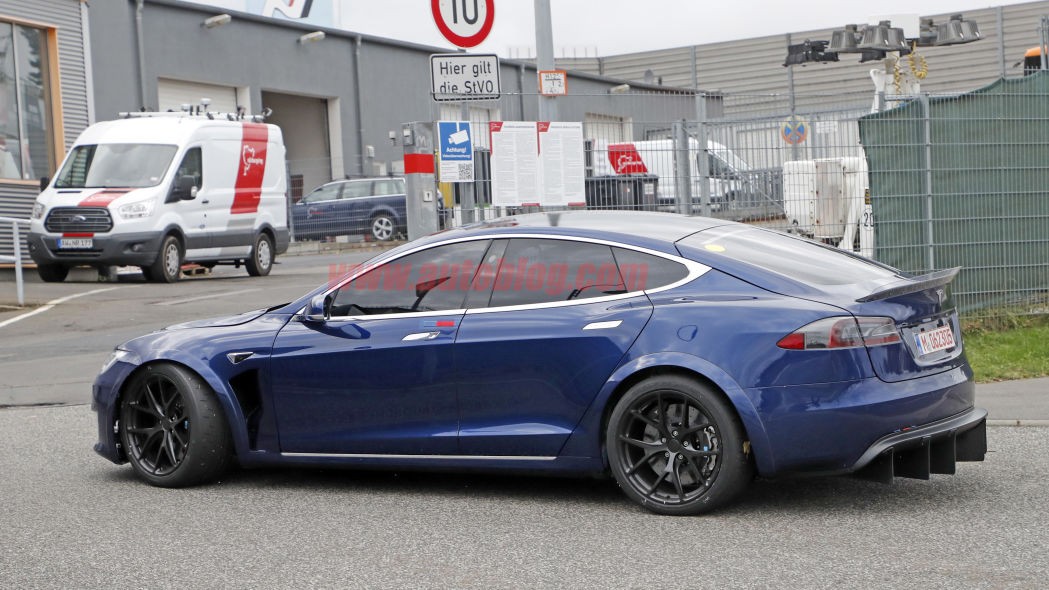 Ugh, not a fan of those diffusers though, they're obnoxious.

Tesla does a great job of proving how inferior gas engines are, lol. This is unbelievable.

Mook said:
Bro, you were last seen 24 minutes ago. Just post in the damn thread.
Click to expand...

Not gonna happen. Electric cars are still in their infancy and look how fast they can be. Game over for the ICE!