Sprayin, watch this. also, his voice stops bugging you after a minute or so.

Sprayin said:
Midichlorians, while you can make fun of the concept, at least is consistent within the PT. They were just trying to hammer home the point that there are some who are stronger in the force and that it has a metric. They used this to establish that Anakin is the most naturally strong in the force, ever. Something they held consistently throughout the PT.

Stormtroopers in the PT were trained clones. That was the entire basis of the Clone Wars. By the OT time, they were no longer clones, and weren't as well trained. Again, this isn't a stretch explanation and it makes sense.

Yoda could obviously use the force to manipulate his movements. Which he uses when he needs to fight. Plausible explanation that isn't ridiculous.

Anakin never lived at that farm. His mother lived there after he left. They explicitly state why Vader would never go back to Tattoine.

Which random characters had no effect on the plot that you think is so egregious?

Now let's get to the ROS.

Palpatine somehow shows up out of nowhere, even though he died. This only happened because Rian Johnson let the villian of the ST inexplicably die in the middle of the 2nd film. So JJ went with nostalgia.

Jedi/Sith are now Gods. No one can hurt them, and even if they do, they can just heal or resurrect each other. Force Lightning is now strong enough to take out 1000s of ships. Palps turned into a hybrid of Shang Tsung and Thor. Stormtroopers killed a majority of the Jedi during Order 66. They can be killed in the PT. In the ST they are invincible. Ridiculous.

They made Rey a Palpatine to explain her being Mary Sue, and the most powerful being in the history of story telling. The problem is that this directly undermines the entire concept of Anakin being the chosen one. Apparently Palps was the most powerful being all along. Sooo why did he need Anakin on his side? Why not just single handedly kill them all himself? Palps knew Anakin was too strong for him, and he was vulnerable. That's why he turned him. Except not anymore.

Palps still being alive and still building an empire destroys the overall arc of both the OT and PT. The story was about Vader being the chosen one, turning to the dark side, and eventually fulfilling his destiny by *destroying* the Sith. By both him and Palps dying on the 2nd death star, the prophecy is fulfilled. PSYCHHHHH Palps never died and Anakins story is now *meaningless*.

I could go on and on. They need to take like 5 years off then make a trilogy that states and makes canon that these movies never happened.
Click to expand...

Not been ignoring this, just haven't had time to respond. Saving this post for future response

Saw this yesterday. I briefly ran through what others posted and agree with Mook's statements on much of it.

As a standalone film not bad and definitely not the worst was at least worth the money for 2 tickets etc. As part of the ending of the whole series just to horrible to explain in detail. Others have already hit the nail on the random plot twists that make no sense.

So we just saw it. I liked it as a movie. My son loved it. While I won't disagree with much of what has been posted in terms of the plot shotfalls, maybe it was just my pre-conceived viewpoints.

One thing I didn't have an issue with was Hux being the mole. So many complained about it, but after being asked by Finn, "Why?", he explained that he wasn't interested in the Resistance being successful, rather he wanted to see Kylo Ren fail. This doesn't surprise me, nor should it anyone else. He and Kylo have been in a power struggle this entire trilogy and have been at each others throats. So this doesn't shock me and makes a lot of sense. I DO agree though, that how he was killed, much like Phasma, could've been better handled. Maybe a little more pomp and circumstance around it would've helped.
T

Saw this today. Definitely felt rushed, too many loose ends to tie up.

Wonder wtf Finn was going to tell Rey. Was it that he had the force or?
OP

torquelover said:
Saw this today. Definitely felt rushed, too many loose ends to tie up.

Wonder wtf Finn was going to tell Rey. Was it that he had the force or?
Click to expand...

Apparently it was the he's force sensitive... Which is too little too late.
OP

One thing that kind of sticks out the more you think about it....ep 9 made it a point to humanize storm troopers by telling the audience that they are just young adults that were taken as kids to become drones in an army...no longer clones....they spend an entire scene talking about that.....................and then they show Finn and Poe mowing down storm troopers without a second thought, Finn especially

Its 70 minutes and Rich Evans' laugh is still so annoying, but they are always enjoyable to watch when they do these long winded reviews. This one is legit, a lot of good points and thoughts made.

Now I don't have to rewatch Return of the Jedi because this movie is almost a copy. But dumber.

It had some good parts. Too bad it had a lot of idiocy, too.

Going to go see it again tomorrow with the whole fam this time.

I enjoyed it. I think the main problem with this trilogy is the second film. It was the film that ruined everything.

Huge spoilers. This guy brings up a lot of problems with the movie that I missed. They're clear when he points them out.

Mr Baytchos said:
I enjoyed it. I think the main problem with this trilogy is the second film. It was the film that ruined everything.
Click to expand...

Well, the lightsaber fight in Snoke's chamber was pretty fucking awesome in that one.

Just posting this here. If you feel it warrants a new thread, then I'm ok with that, but here is a timeline for all things Star Wars. 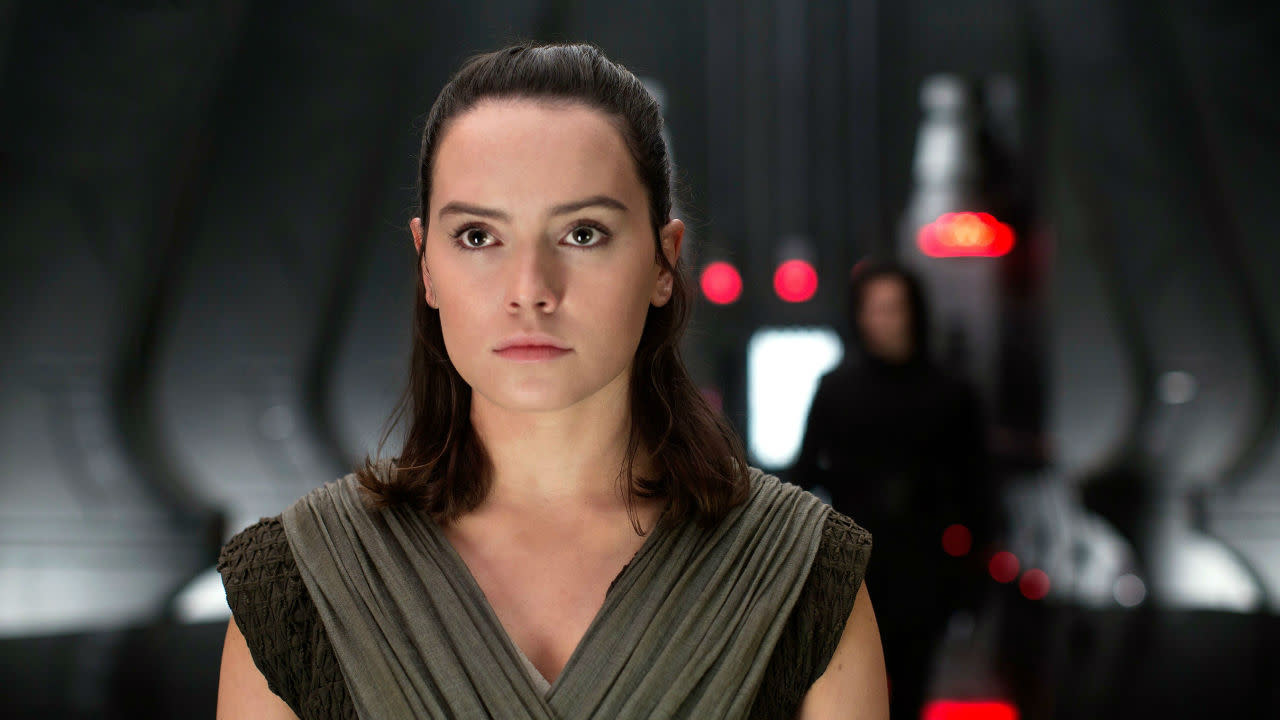 This is 2 hours and most wont watch because it just eviscerates the movie (and shows how poorly written these movies were, especially 9) but its worth skipping around.

Mook said:
This is 2 hours and most wont watch because it just eviscerates the movie (and shows how poorly written these movies were, especially 9) but its worth skipping around.

I can't argue with a lot of those points. Some of them I didn't even think of. This trilogy really did mess up a lot of the original and prequel stuff.

Time to erase this movie with some trade federation talks [Phantom Menace]. Can't believe i would rather watch that.

I'll always remember the first three as being the real Star Wars.

First was phenomenal. 2nd meh. 3rd amazing. (except for the Ewoks. Too cute for me)

Leia in a bikini!
OP

The Original Star Wars IX Script Has Allegedly Leaked. And It's Much Better Than 'The Rise of Skywalker.'

Read Colin Trevorrow's vision for the finale of the saga, which is far more coherent than the movie J.J. Abrams made.

Finally saw 9. I enjoyed it!