Those nips... At least hoping they're nips and not the seam on the top.
OP

EmersonHart13 said:
Likely and now she is married so you won't know for atleast another yearish
Click to expand...

Patiently waiting for another fappening.

I has no feels for this.

Why? Looks like a colossal battle taking place. Star Destroyers coming out of the seas, etc, etc...
B

Jesus. I was expecting 85% and above. Guess we'll see come tomorrow. 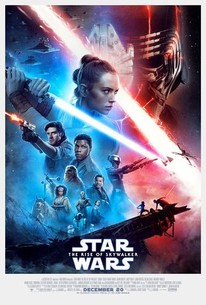 The battle between the Jedi and the Sith comes to a thrilling conclusion in this final chapter of the Skywalker Saga. A year following the events of The Last Jedi, the remaining members of the Resistance are forced to confront their past while taking on the First Order one more time.

I was hoping to go Sunday but alas, other plans.... Thanks Holidays!

That actually has me feeling good about the prospect of it being a good movie.
OP

As we no longer have live feed, I'm not going to create a spoiler thread for this movie. YOU HAVE BEEN WARNED.
OP

Review to come shortly. It will be an abbreviated, mostly spoiler free review for now.

I thought it was good. Exceeded my expectations with how much had to be retconned from the previous shit show. A perfectly placed “utini” made it for me.
OP

So its no secret that I hated ep8. I respect that Johnson was trying to tell a different story and create a different world, but the Skywalker Saga was not the time for it. With that said, here is an abbreviated review.

Visually, top of its game. Everything looks really great.
Audio was fantastic. Williams' soundtrack was spot on as usual.

The story was somewhat a mess. It felt more like an Indiana Jones movie than SW. A lot of the plot was go here, find this solve the puzzle...it just gave me an Indy vibe most of the movie. Palp being brought back did not feel organic and despite what JJ says, it didn't feel planned at all and kind of ruins the previous two stories. A lot of this is because ep 7 and 8 were almost self contained, not an over arching story. This trilogy was very disjointed. Say what you will about the prequels, but at least they had a story that flowed and made sense. Oh, also, Palp returning kind of ruined Vaders redemption in Jedi.

The ending was awful, just plain awful. It further solidifies that the Empire / First Order / Final Order are the worst bunch of bad guys in all of cinema. Yet another "we have an unstoppable army" that gets easily stopped. Also, a large majority of the climax SCREAMED Return of the Jedi....mostly because it was damn near a shot for shot remake.

There was 100% a really shady dig at Johnson during the 3rd act...like didnt even try to hide it. I'm rather shocked that it was allowed.

Adam Driver did a fantastic job with Kylo / Ben - his dialog was shit but he sold it for the audience. Its my belief that he is the true star of this trilogy. His presence on screen alway demanded attention...from the way he walked, his body movements and his bling aggression, it was always believable. Unfortunately his redemption was lame (mainly what caused it). Finn finally got the screen time he actually deserved, meaning he had a plot, kind of, but too little too late. Poe still had his dumb humor but it was presented in a more elegant way (no your momma jokes) - also, they essentially made him the new Solo in this film, once you learn his background. Rey was ridiculously overpowered....and they introduced a new force power that was just so dumb. Her ass was looking nice tho in a lot of shots.

Chewy finally got the recognition he deserved - you'll see.

Overall, it wasnt a "bad" movie (I wouldnt call it good either). It was better than 8 but a shit conclusion to this story. Ep 7 should have handed the baton to the new cast and the old characters should have been in the background. Instead, all 3 movies (7 and 8 especially) had to devote enough time to this monster cast, and it was just sloppy. This trilogy should have been about Rey, Poe, Finn and Kylo.

Oh and most of the critic reviews said this movie was a giant fan service....I actually didnt think it relied too heavily on fandom. A few nods here and there (like Lando) but overall, it didnt try and cram it down our throats.

I was wondering why there wasn't more hoopla here over members getting together (or something) to go see it.

Bryan (my little guy), and I will be going Christmas Eve. I purchased the tickets last night for Classic Cinema in Charlestowne mall. Tuesdays are their $5 matinee. So it was like $15 in total.

One of the first reviews I read, pretty much mirrors your veiwpoints. If this is true, all I can say is "DaFuq"

CMNT's Note: There are SPOILERS in this link. Don't read if you don't want to be spoiled... 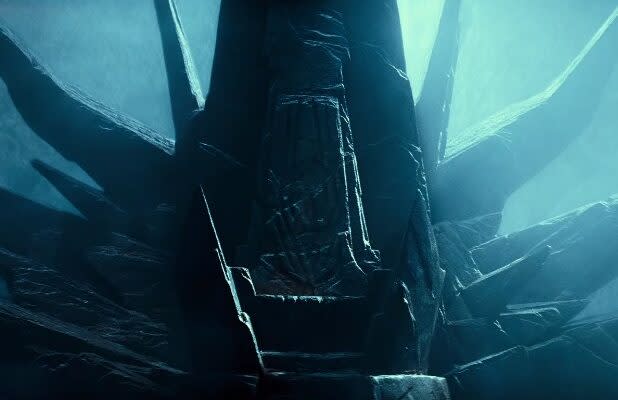 ‘Star Wars: The Rise of Skywalker’ Actually Makes ‘The Last Jedi’ and ‘The Force Awakens’ Worse

(Major spoilers ahead for “Star Wars: The Rise of Skywalker”)“The Rise of Skywalker” is weird film that does many dubious things, but its most notable accomplishment is a rare feat indeed: storytelling so haphazard and random that it actually makes the other movies in its trilogy worse.That’s...

This was, by far, the worst Star Wars movie. Terrible all around. Cringe worthy at best. I'm having trouble sleeping because I'm so mad about it.
OP

I semi can't tell if you're trolling me. Our side convo almost seems like you are, now that I go back and read.

Not only did it retcon and undermine Episode 8 (which was intentional), it also undermined every other movie in the entire saga. The story choices ruined the plot beyond any sense of repair. I won't be able to watch the OT or the prequels now without knowing how awful it turns out. God fucking damnit.

Just got out. This movie is dumb as fuck. I'll write more later. I'm so disappointed.

Best way I can describe it:

As the end of a 40 year saga: Not good, the saga deserved better

I enjoyed it, I was not disappointed at all. You have to go into it realizing what they had to work from.
OP

Going Saturday morning 8:00am. Accidentally heard some of Mancows comments on radio and now kinda bummed.