Even at 80mph just check the rpm’s. It will give a good starting point to reference for how much of a change a 4:10 would be.
Reactions: Jon01, Shawn1112 and Bob Kazamakis
•••

What torque converter are you running?
Click to expand...

Car will probably never run down the track. It’s just for stop light to stop light fun on the street and to hurt a few peoples feelings on the street.
Reactions: LikeABauce302, Jon01, dpwalsh14 and 3 others
•••

Shawn1112 said:
Talking to people in the big rim scene including the guy who did all my suspension. Quick Performance is the way to go even more so if I’m shortening the rear end. 4.10 gear sounds like what I should be going with as well
Click to expand...

I have a Quick 9 under my C10 and am overall happy with it and their service/pricing.
Reactions: Shawn1112
•••

And I'm switching up the bass portion of my trunk. Guy that re-built my box on this car and built a couple boxes for me and other friends has a connection with Taramps and Resiliant Sounds. He is sponsored by both and is working on getting me sponsored by at least one of them. I gotta show my hand at first per say, meaning I need to buy their products. However, I'm getting them at cost thru him. If things work out which they should, then I will get some of their new shit to display in my car every year. I'm going with 2-Resiliant Sounds Platinum 15's and 1-Taramps 5k Smart Bass amp. He wanted me to go with the 8k amp, but then I need to add more batteries or go Lithium and 8k is too damn much. I'll start breaking shit. These amps hit soooooo fucking hard, its a true 5k.
My guy has 2-15's (same ones) and the 8k in his box Chevy and its ridiculous.

So my JL bass portion is up for sale for $3k, will do $2500 or so for someone on TCG. Not going to bother making a thread as I dont think it will draw much interest

Used (normal wear), Selling my subs/amps as I’m going in a different direction. Everything works as it should and never abused. If you know JL then you know this is a steal. Everything less than 2yrs old and my car isn’t driven in winter. 2-W7-13.5’s 2-HD 1200/1 amps (1 is literally brand new... 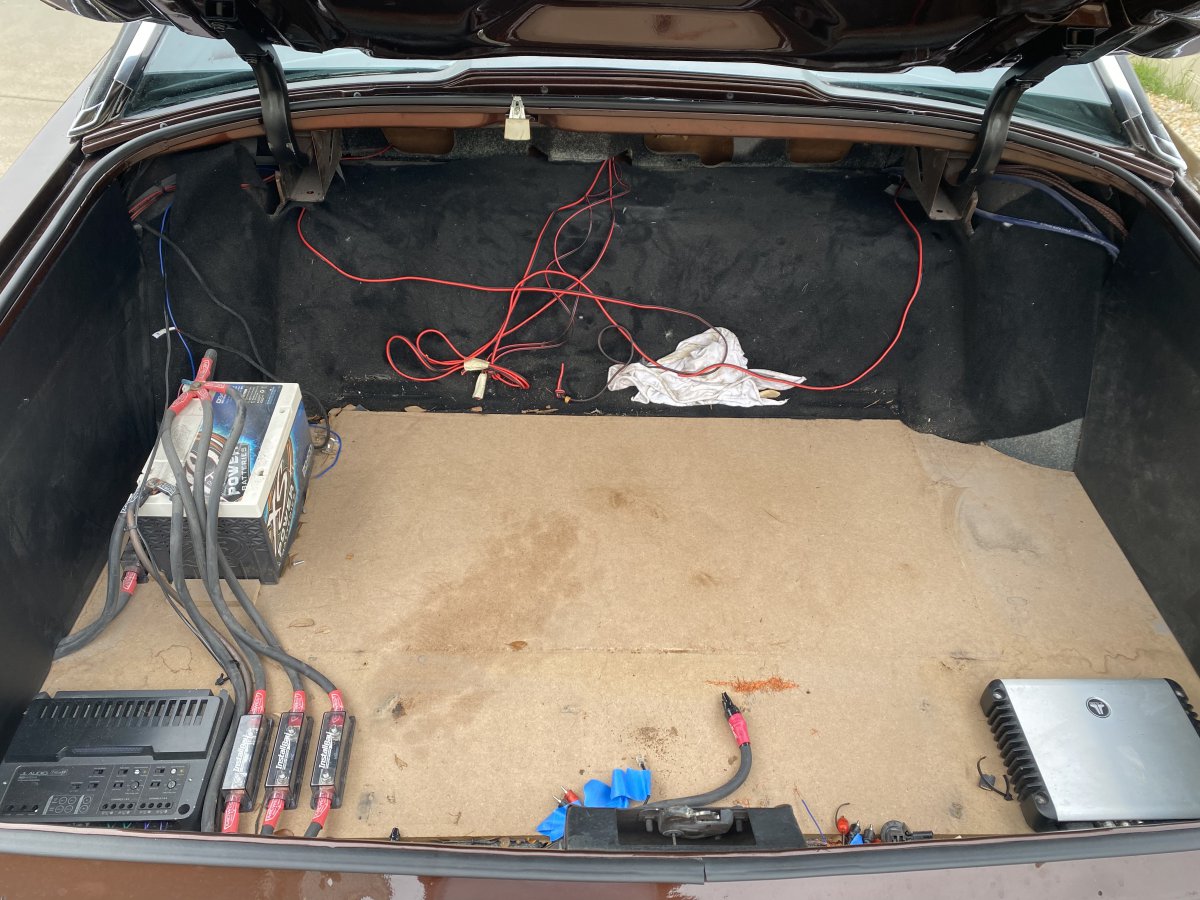 West of the Mississippi

SleeperLS said:
That is going to be a rowdy ass set up.
Click to expand...

I have another 600/4 amp to throw in for more mids/highs as well. Those red and black wires under rear deck are 2 more Hertz ST25 tweets and 2-Hertz 6.5 component set with 2-tweets. Those were put in with the new interior. The mids/highs already scream and super clear. Will have 1600 watts going to just mids/highs
Reactions: Yaj Yak, blue-sun and SleeperLS
•••

Oil sample taken and will send to Blackstone.

Talked to Boost District, they are still waiting on heat exchanger and she thinks the snout but she has to double check. Said they will ship me everything they have and hopefully within a month I’ll get everything else. 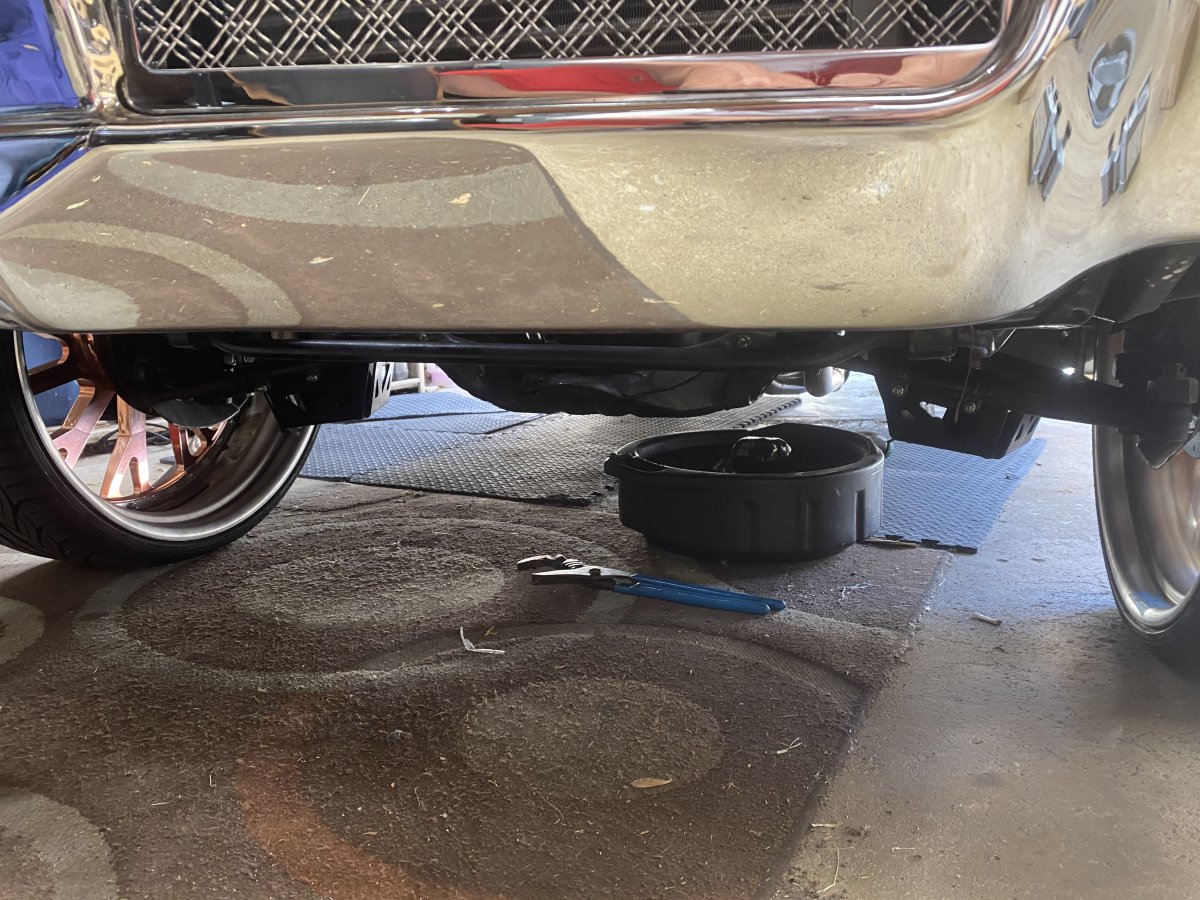 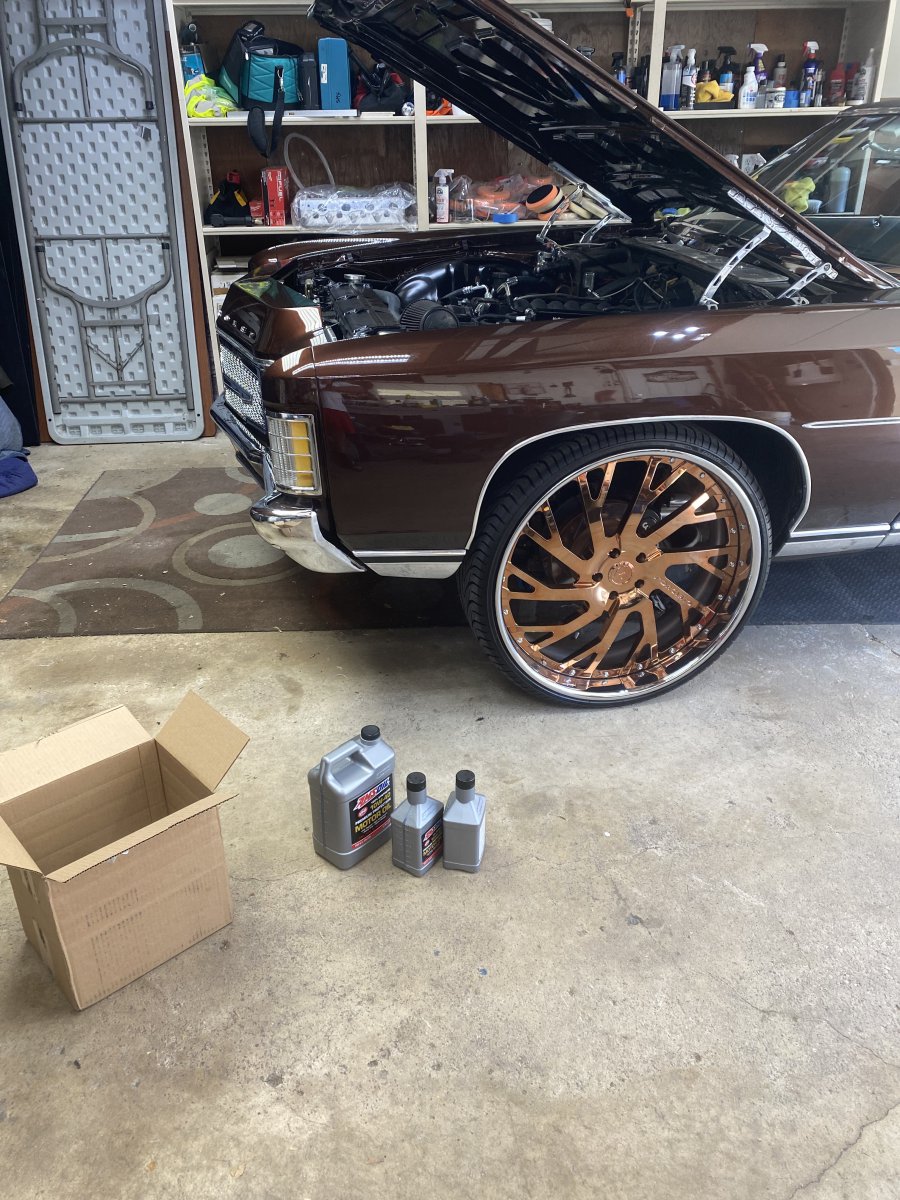 Dont even need to jack the car up

You may have just sold me on big wheels
Reactions: LikeABauce302, greasy, Gav'sPurpleZ and 3 others
•••

IDAFC21 said:
Dont even need to jack the car up

You may have just sold me on big wheels
Click to expand...

Yup, just crawl underneath. My Regal was the same way
Reactions: LikeABauce302, Spivitz, Limey and 2 others
•••

IDAFC21 said:
Dont even need to jack the car up

You may have just sold me on big wheels
Click to expand...

New subs and bass amp is fucking retarded. Plus added a new amp for the highs/mids that were put in with interior.
My fucking ears are ringing and I can barely hear. Had it rocking the whole ride home from Woodstock. 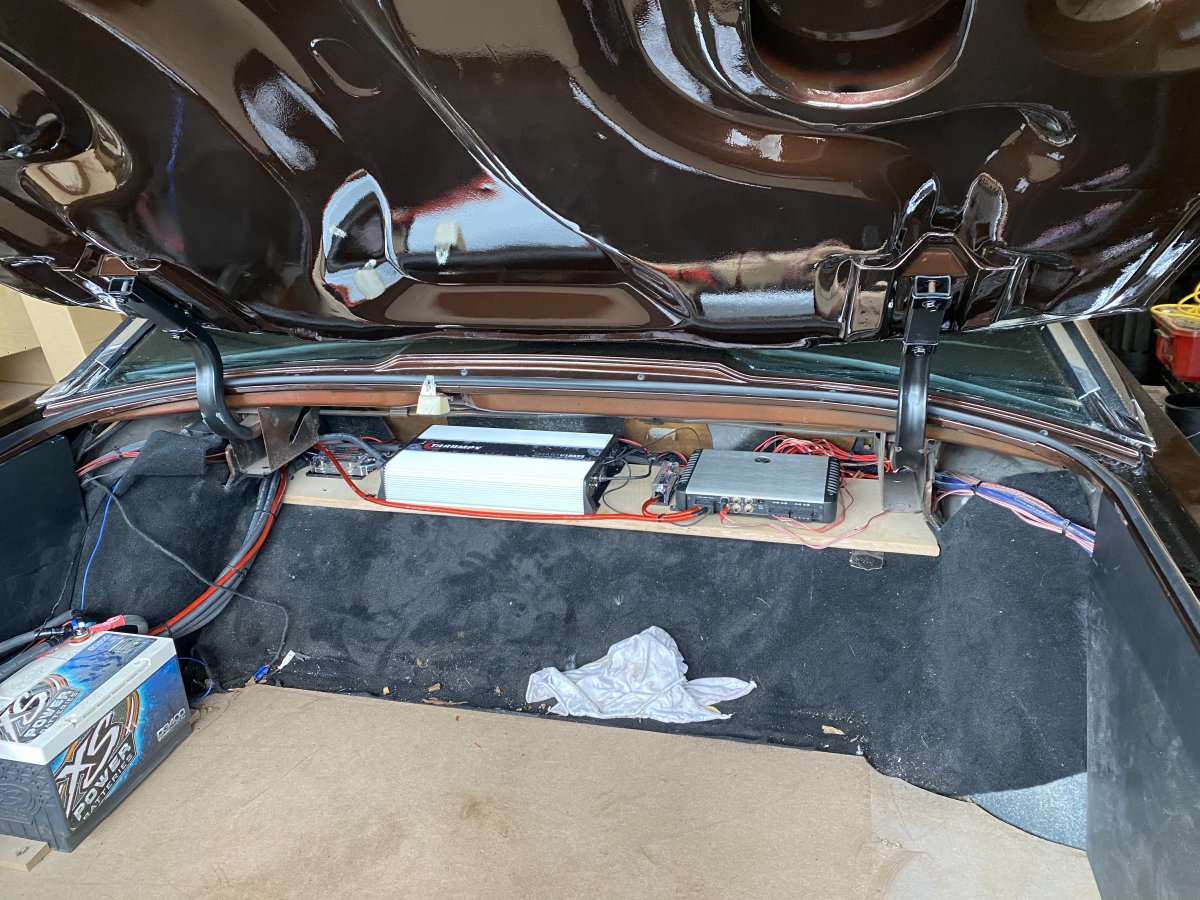 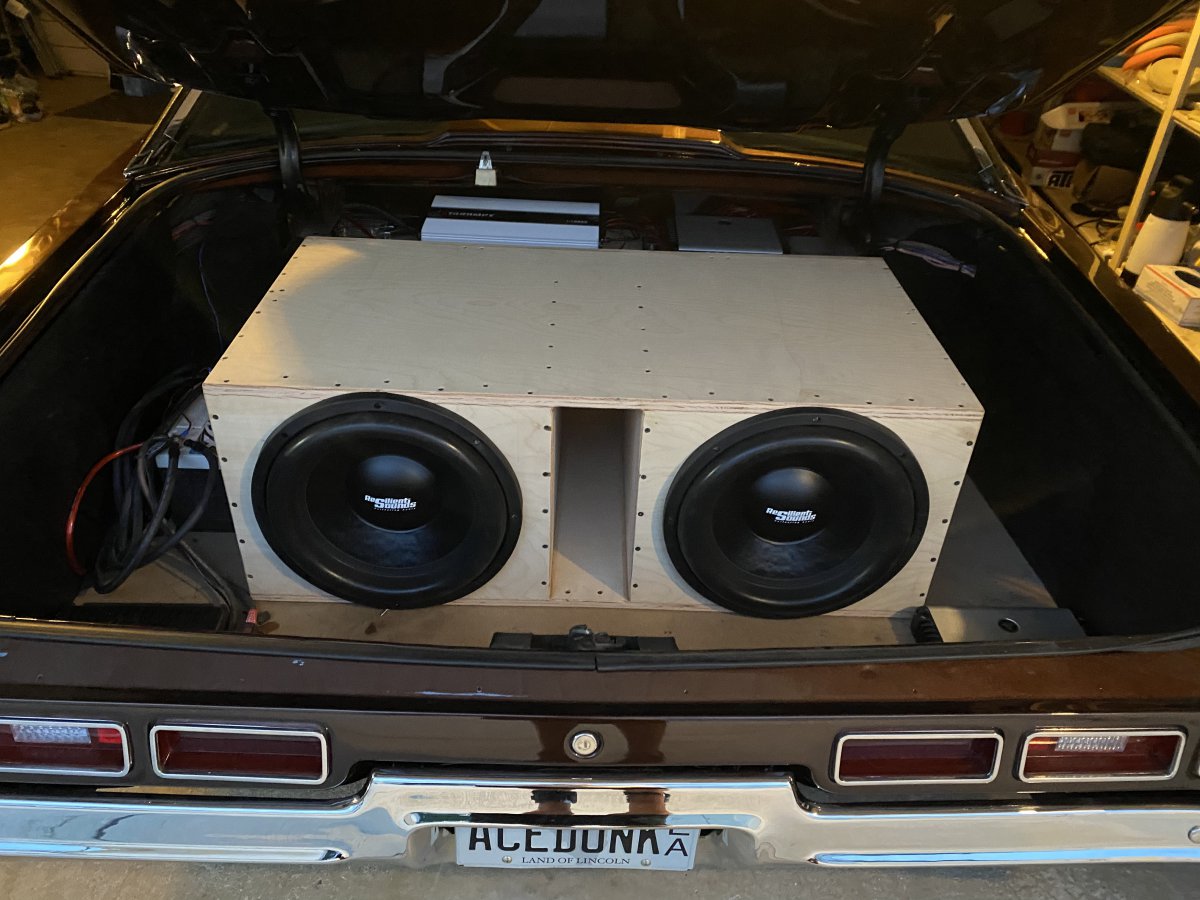 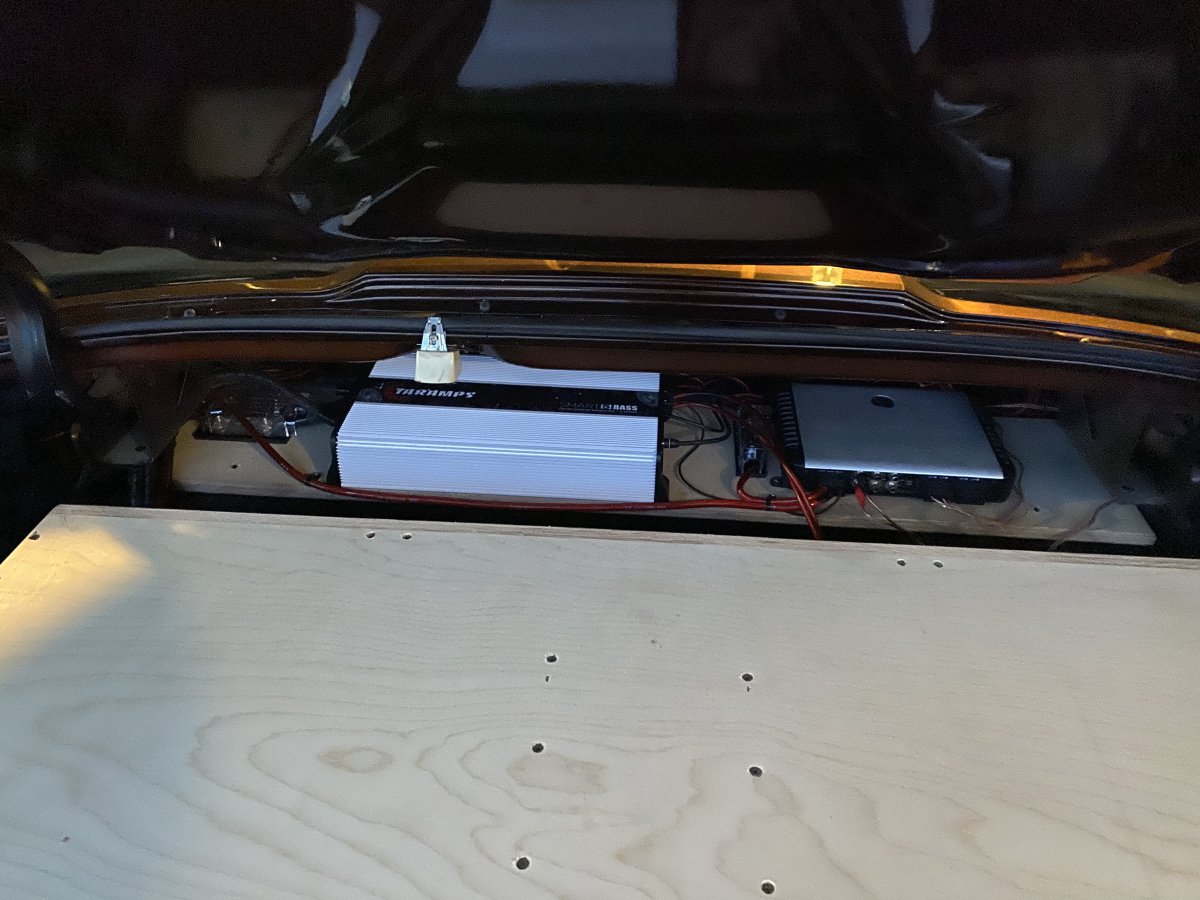 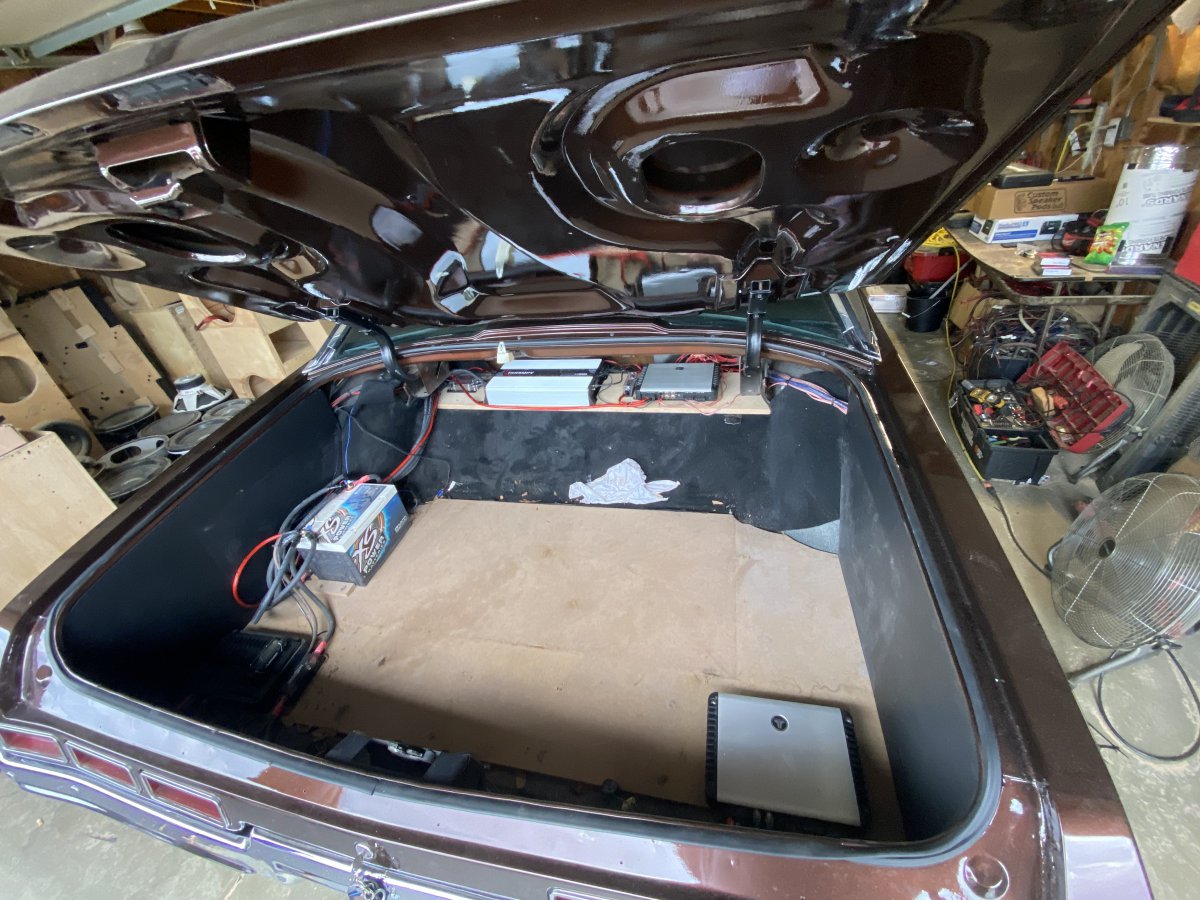 She ready to show out tomorrow
Trim machine polished, coat of wax on her, chrome barrels on rims polished. Cleaned the motor as well with 50/50 simple green/water.
1st pic is before the hand wax.
Last pic is reflection off front fender 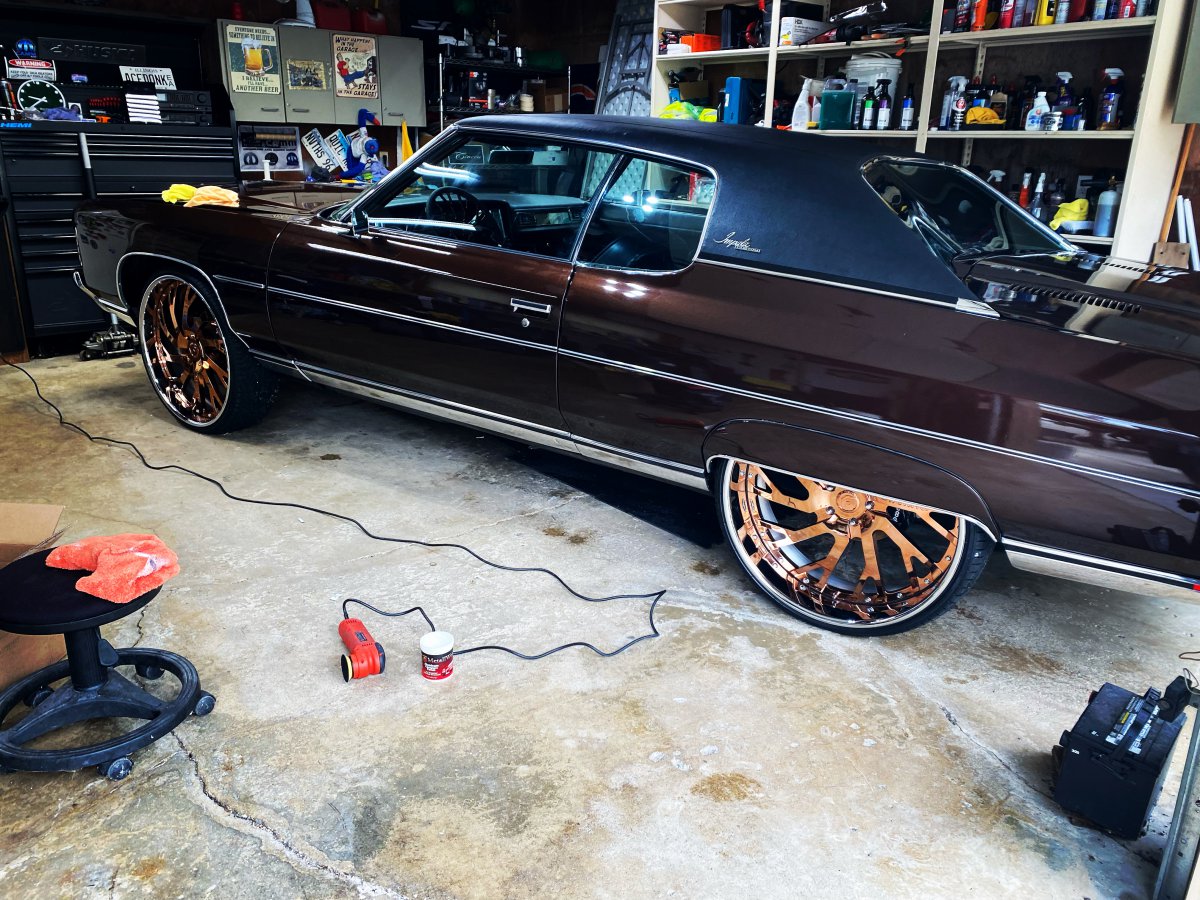 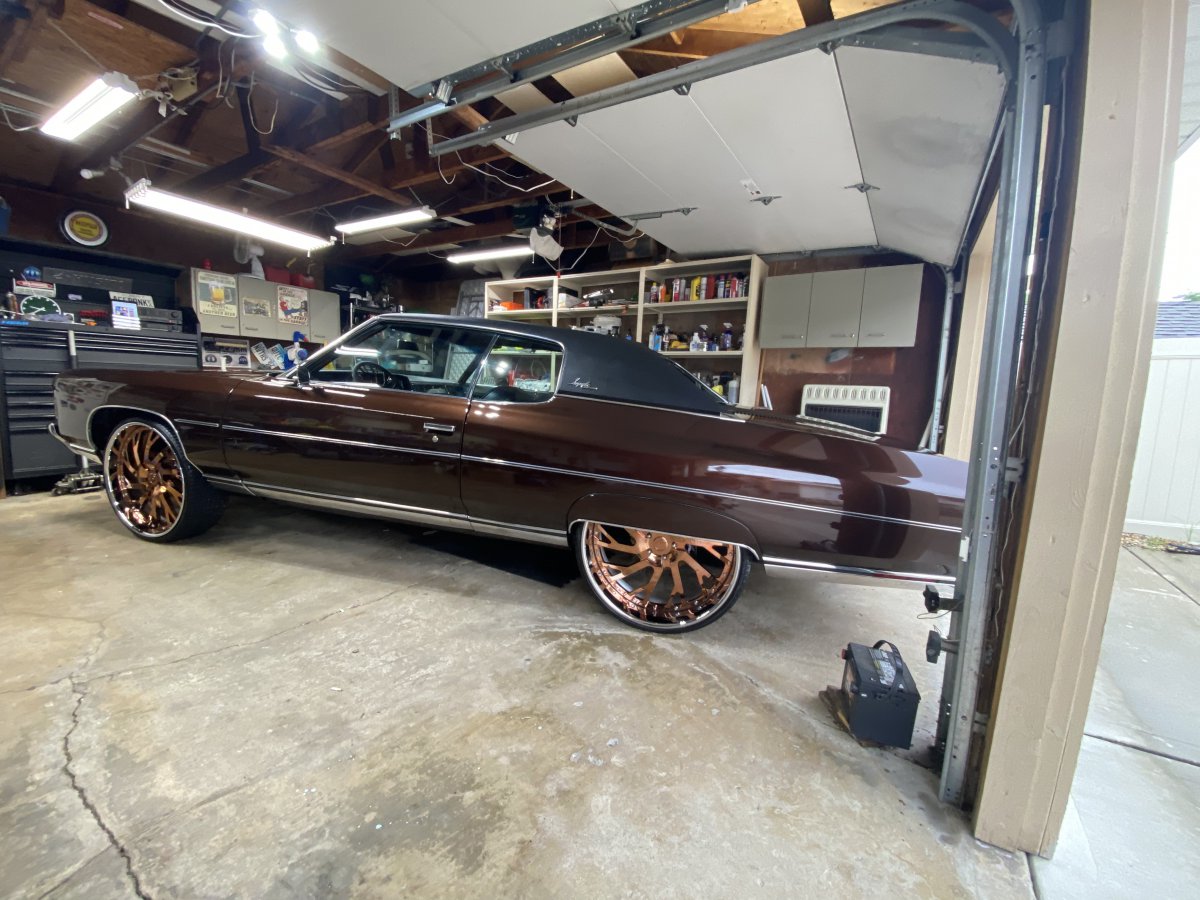 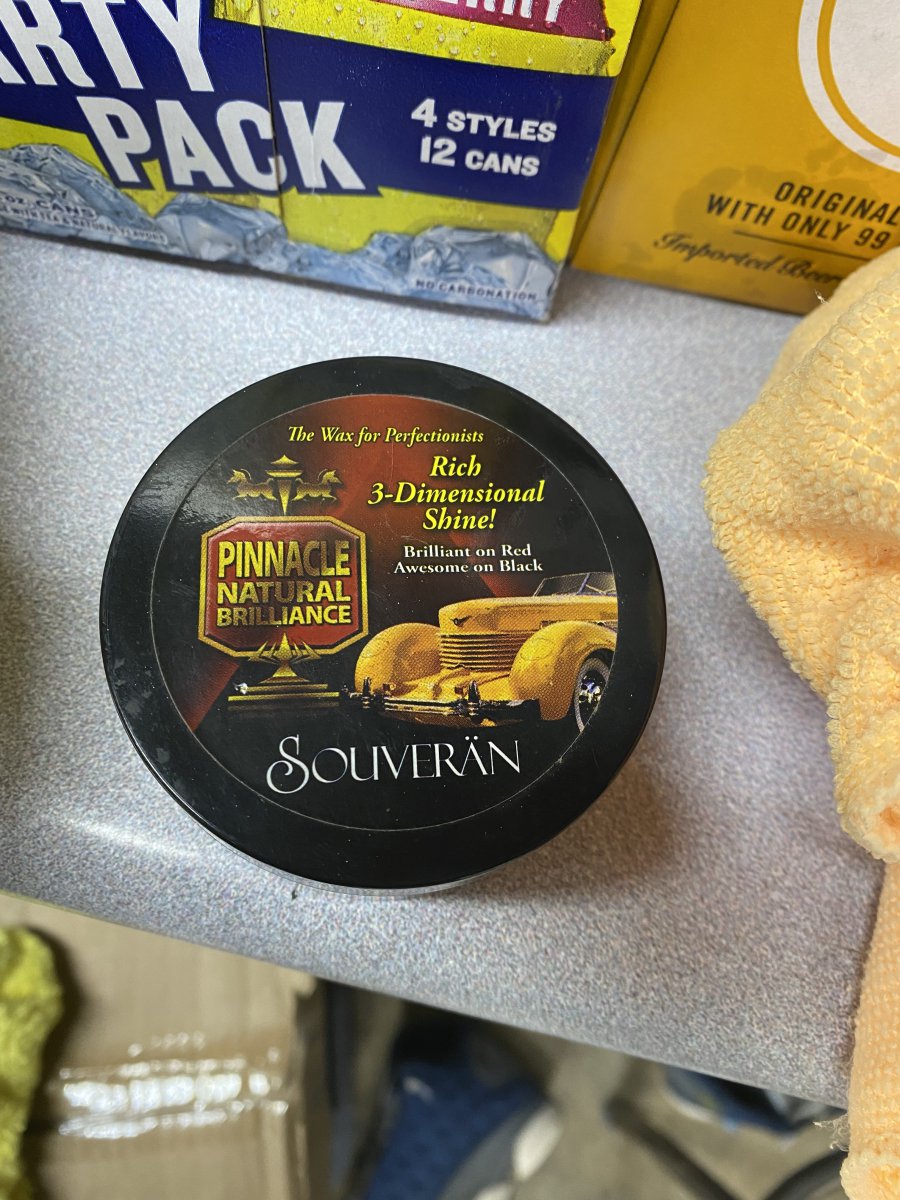 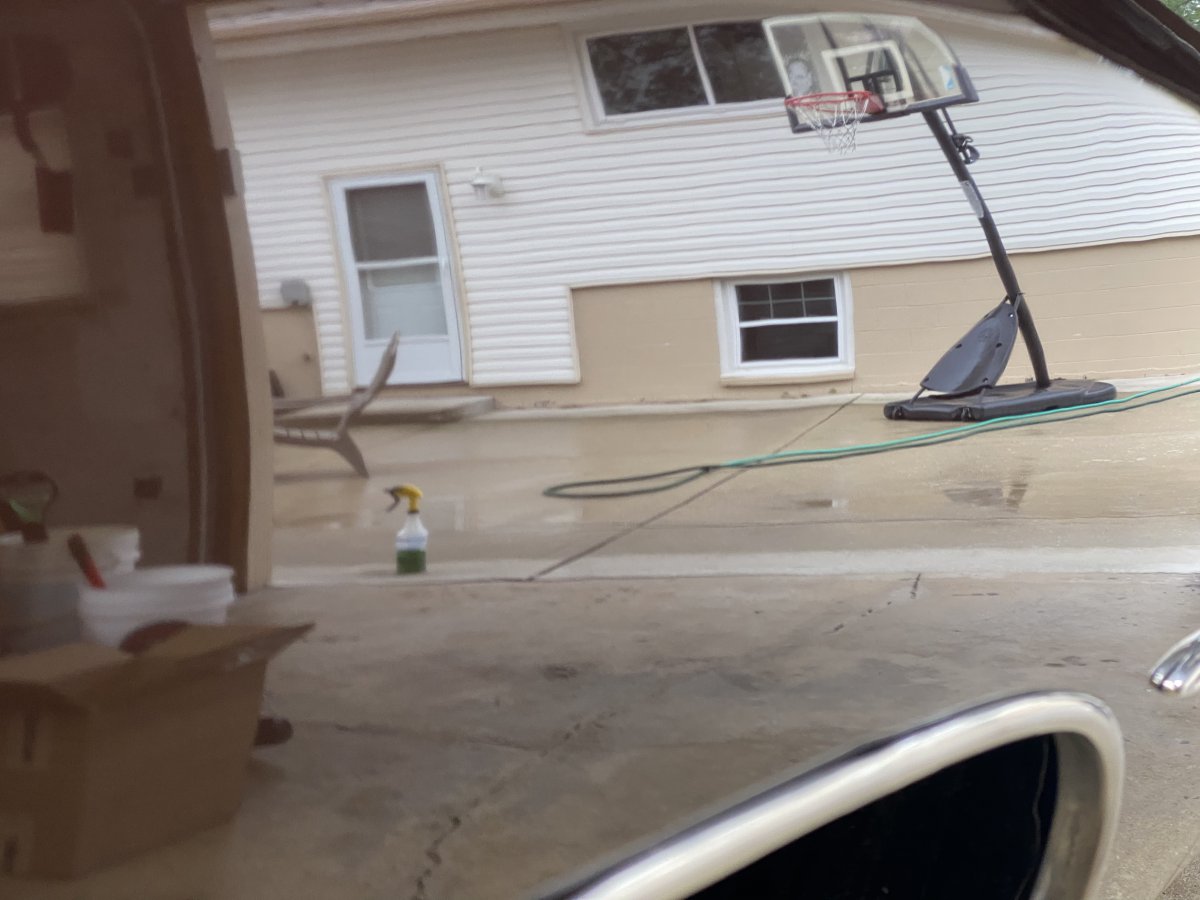 Speedo is pegged, yet it looks like you are doing 65.
Reactions: LikeABauce302
•••

Shawn1112 said:
She ready to show out tomorrow
Trim machine polished, coat of wax on her, chrome barrels on rims polished. Cleaned the motor as well with 50/50 simple green/water.
1st pic is before the hand wax.
Last pic is reflection off front fender

Looking great! You going to Mariano’s for Cars and Coffee tomorrow or a different show/meet?
•••

blue-sun said:
Looking great! You going to Mariano’s for Cars and Coffee tomorrow or a different show/meet?
Click to expand...

You filming in portrait again? My neck be hurting man
Reactions: Dr. Jimbo and Shawn1112
•••