Nashotah, Wisconsin (AKA not Illinois)

Kizzlebizz said:
I'm trying to sell the beetle...this was interesting.

Right!? Some old mf trying to get his kicks by schooling someone.

Dude, I honestly don't care. The last part of his rant is because I make it clear in the ad I don't care if the car sits and rots in the yard. I love the car, it has sentimental value and it can rust away for the foreseeable future and I'll get around to it eventually.
Reactions: Mr_Roboto
•••

I've been looking for a Harley Springer front end, and my buddy tagged me in an ad for one being sold by a guy in Arizona on one of the HD Groups. I send OP a message, but don't initially get a reply. In the mean time, another guy claiming to be from Gary IN replies to my comment in the ad saying he had one for sale as well. So I PM him right away figuring I could go pick it up tonight: 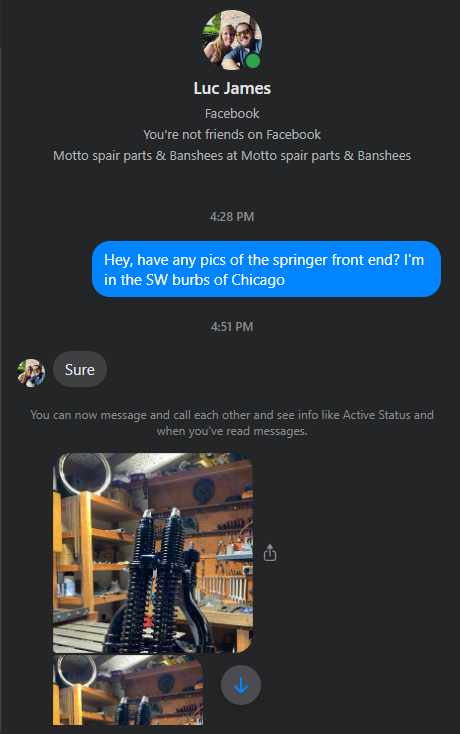 (I begin leading him on at this point, even though I know he's full of shit) 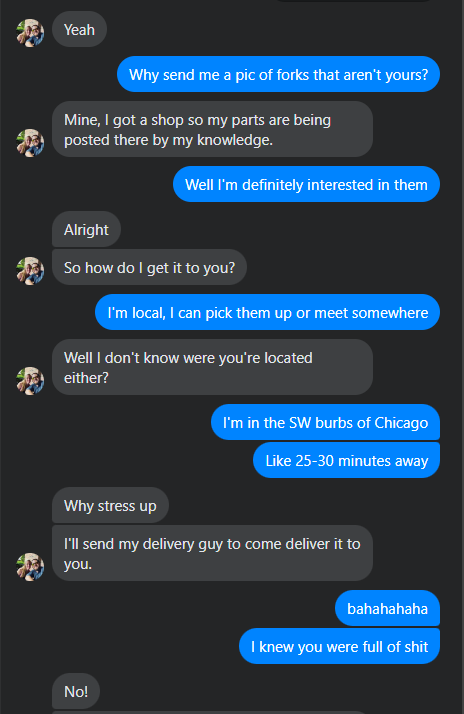 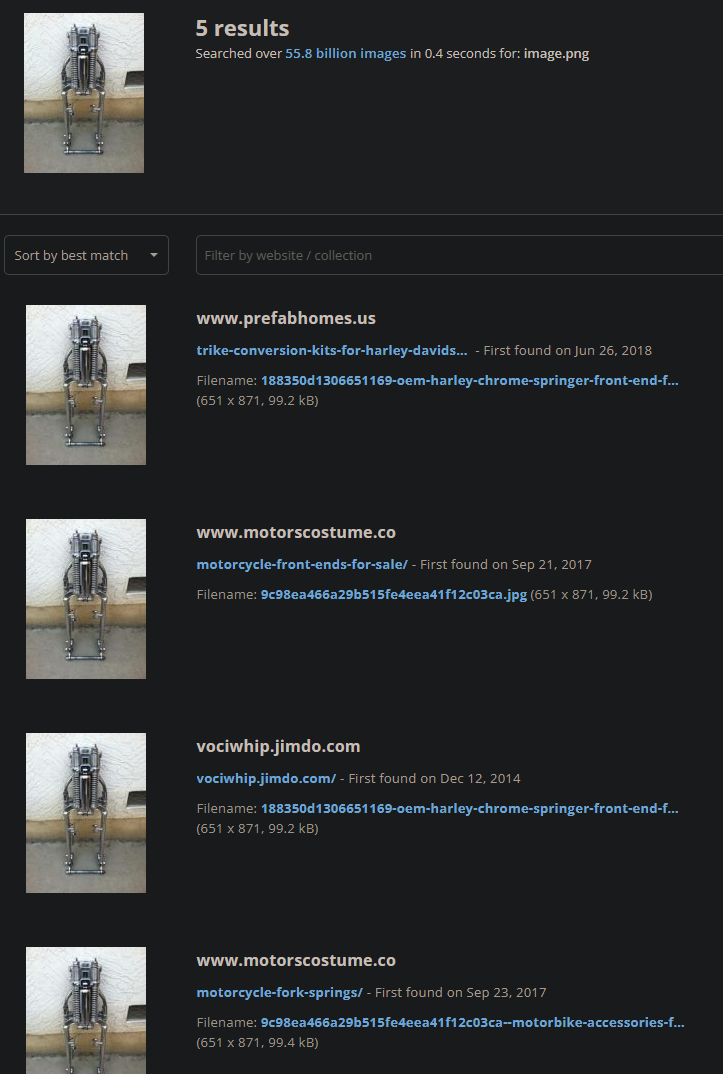 So after all this the original ad poster gets back to me - annnnnd, he's a fucking scammer too. Gotta love it. 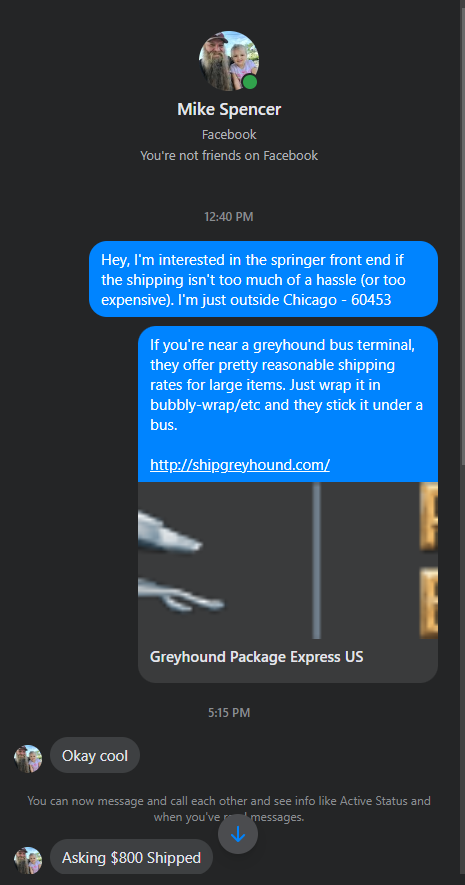 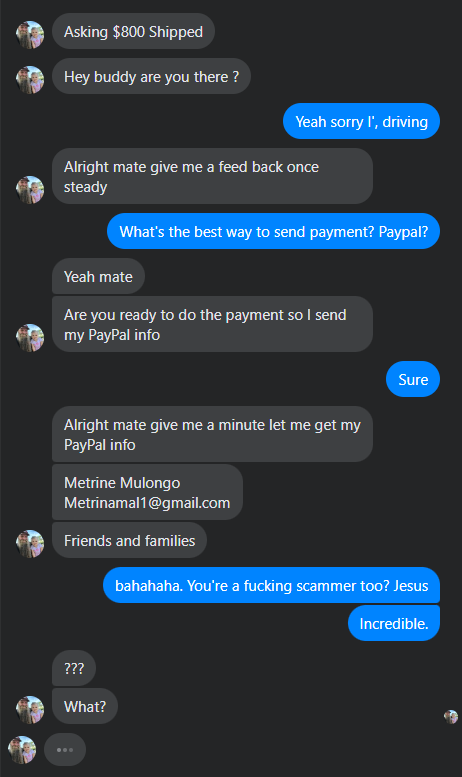 (I knew he was a scammer too as soon as he said the "alright mate give me a feed back once you are steady thing", but I wanted to see what his scam was. I expected him to only want FB payment, etc.)
Reactions: Jon01 and SpeedSpeak2me
•••

Yeah these jagoffs are all over OfferUp and Marketplace. I listed a kids toy kitchen and accessories and had 2 message me almost instantly asking to buy.

"My only method is zelle, my husband can come later to pick them up." So I gave her my phone # (which I found out later isn't linked to my zelle, thank God

) and they tried some shit saying "please set up your zelle as business account, I will send you $250 to get you to become a business account and then send the $ for the items"

As I said in the car buying thread, people won't even take a certified bank check anymore, they're just so soured by all of these scumbag scammers. No matter where I go, no matter what I'm doing, someone is trying to trick me into giving away my money. I hate humans.
Reactions: LikeABauce302, SaturdaysGS, Yaj Yak and 2 others
•••

10sec said:
As I said in the car buying thread, people won't even take a certified bank check anymore, they're just so soured by all of these scumbag scammers. No matter where I go, no matter what I'm doing, someone is trying to trick me into giving away my money. I hate humans.
Click to expand...

The only check I’m taking is if the teller at the bank hands us the check.
Reactions: Jon01, IZZy and Shawn1112
•••

You must be a SCAMMER
Reactions: Yaj Yak
•••

10sec said:
You must be a SCAMMER
Click to expand...

didnt you paypal me for a vehicle

I’d take a check from

Shawn1112 he has them fancy big checks

Something must be in the water, because I've sold and bought maybe around 10 items since Friday night with zero shitheads
Reactions: Jon01, LikeABauce302, v6buicks and 2 others
•••

I used Paypal to buy a 1980 Malibu a few years back thru Ebay. Fucking old fuck wouldnt take cash at a discounted rate. I tried explaining to him he would be saving the fee's that Ebay. My Citi double card or whatever its called was linked to my Paypal. So I scored on points for the purchase and for the payment the following month.

The Beast said:
I’d take a check from

Shawn1112 he has them fancy big checks

If we were to play big bank takes little bank with bank accounts. You would destroy me as you probably have 2 million in the bank where I have $2500
Reactions: Jon01 and Yaj Yak
•••

Nashotah, Wisconsin (AKA not Illinois)

Threw some parts on CL. The half hearted nature of this spam is so sad. It's a fucking image sent from one gmail account to email another spam account.

99% of people asking about shit I have for sale are broke dicks. Real people, string you alone with questions and offers then “I can’t buy it till 3 fridays from now hopefully you still have it”.
••• 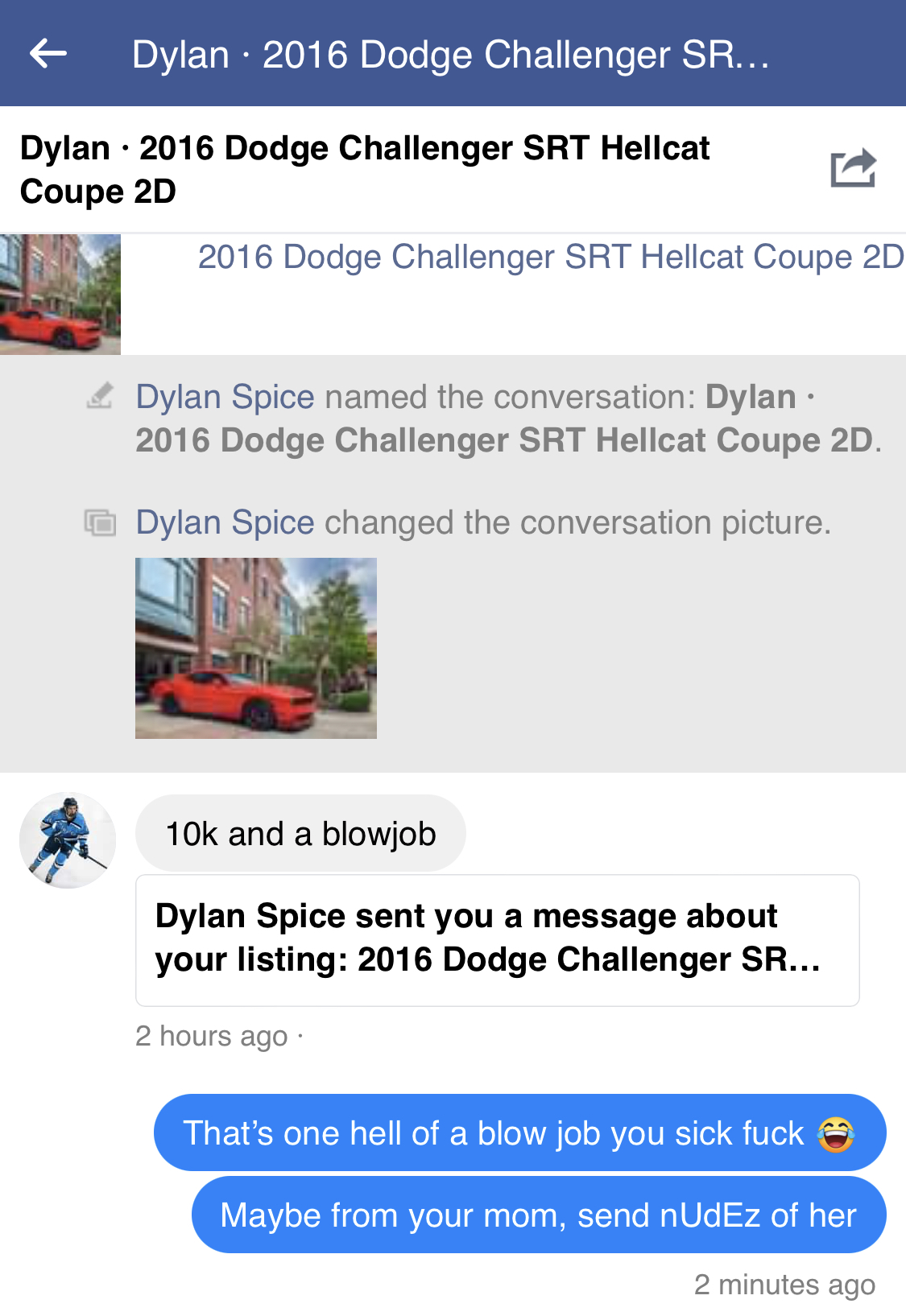 Just an obvious PSA, I fucking HATE selling anything, doesn't matter what it is, I hate people.