Remind me again why everyone hates on "newer" Metallica?

I grew up on Load and Reload so I think both of those albums are pretty fucking good. It is very bluesy and not metal but there are some bangers for sure. Anything after that up until Hardwired I really don't care for. St. Anger is pure garbage IMO. S&M is awesome. No Leaf Clover and I Disappear are great too.

I saw Metallica in concert in Anchorage, Alaska back in 1999. Was easily one of the best concerts I have ever been to.

I never really cared for anything past Master of Puppets. But Death Magnetic slowly grew on me over the years. I’m not saying their bad at all. I just do not enjoy all their music. No harm in that.

I grew up on Metallica, I saw Justice for All tour concert and to this day have never seen a better live concert. I loved every Metallica song up until Load and Re-Load, yes they still had some good songs in there but it wasn't the same style of music and didn't have the same signature sounds and feel to the music. After that point I stopped being a die hard Metallica fan and honestly couldn't tell you the names of the last few albums. Before that I could name every song and recite every lyric and even play every song on the bass guitar.

Sometime last year I heard a song my friend was playing in his garage and asked who was that, he looked at me like I was crazy and he said Metallica. To me didn't even sound like them, granted I liked the song but it goes to show how much their style of music has changed.

It also didn't help that Lars is a total douchebag and as Metallica's fame got bigger so did his head. You can see this in the interviews and documentaries as they progressed through the years.

So I don't hate on them like some metalheads but to me their music isn't as good as it once was.
OP

Doing more searching as I’m new here. Love me some Metallica. Didn’t read this thread yet but I will shortly, got introduced to Metallica in middle school after the black album was released. Quickly I bought all the CD’s after discovering them. Waiting in a long line at Rolling Stone Records back in the 90’s when ReLoad was released for a limited edition sleeve that held Load/ReLoad as one.

When S&M was announced back in 99, my mom was living outside San Francisco and we tried to get me tickets to see it, but they were hard to come by.

been to many shows in Chicago. I even won tickets on 103.5 the blaze back in 2002 to a show and ended up winning the grand Prize to see Metallica in Detroit 4th of July weekend that year.

I got super lucky last year and was able to buy tickets to S&M2. It was epic being in the same building as Metallica and the symphony.
Yeah, it was expensive and yeah, we had nosebleed seats. Doesn’t matter, I was in the fucking building!

I have many tattoos, and I added to them with the S&M2 logo. 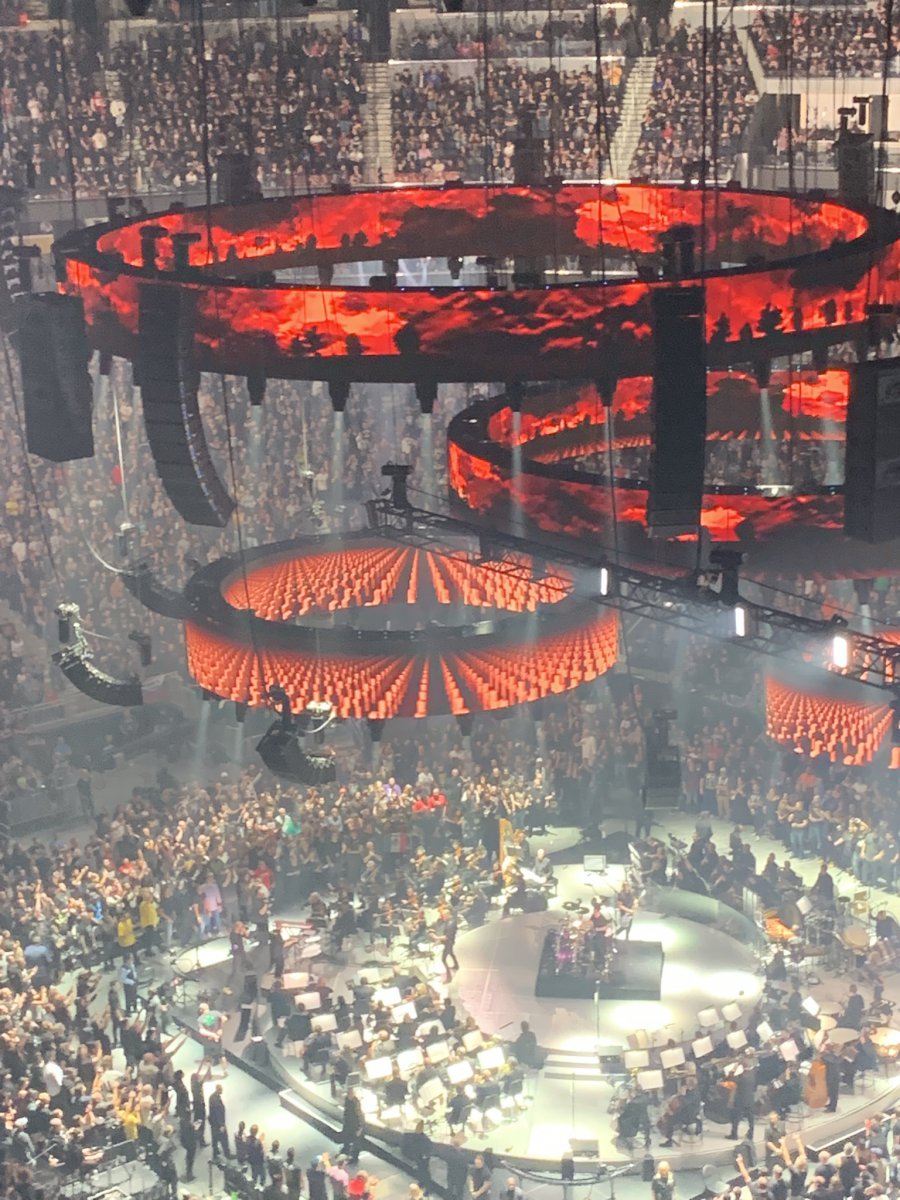 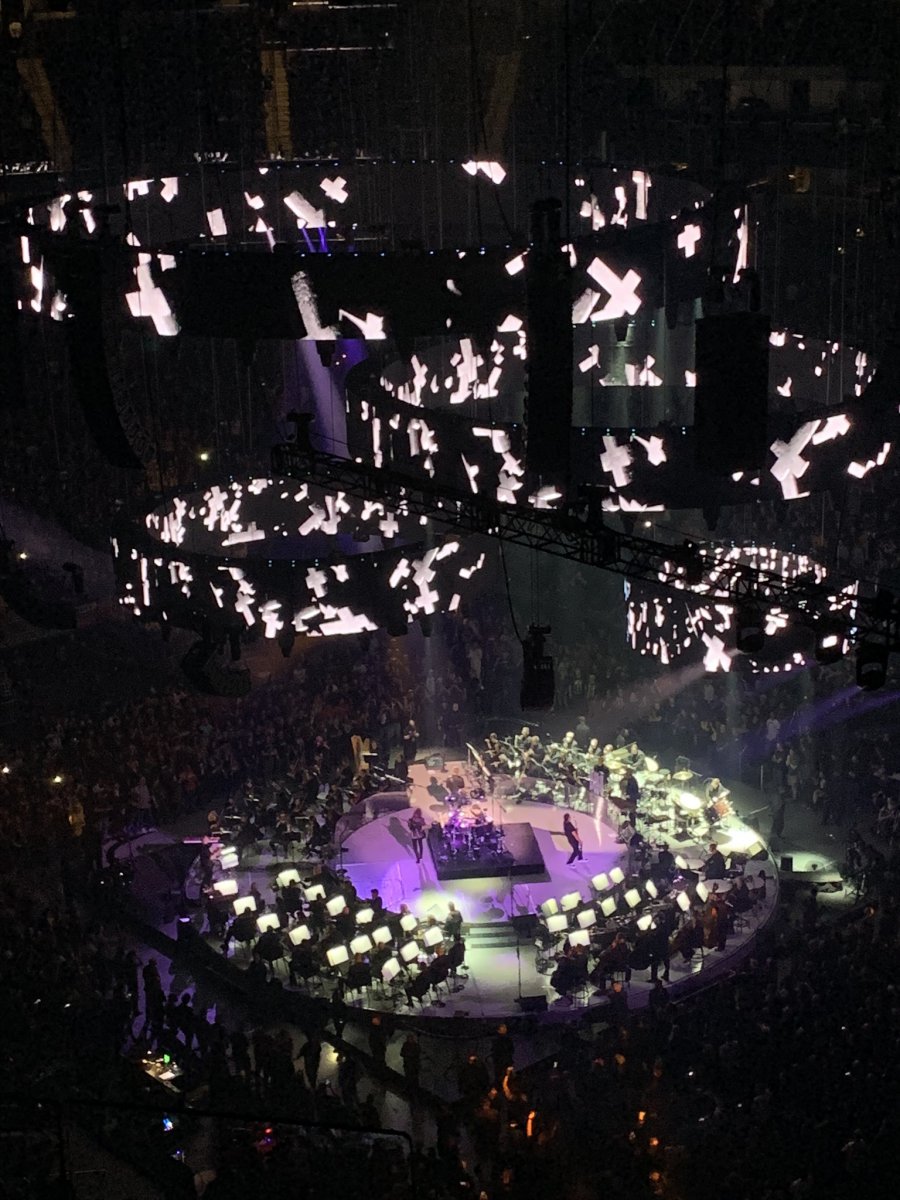 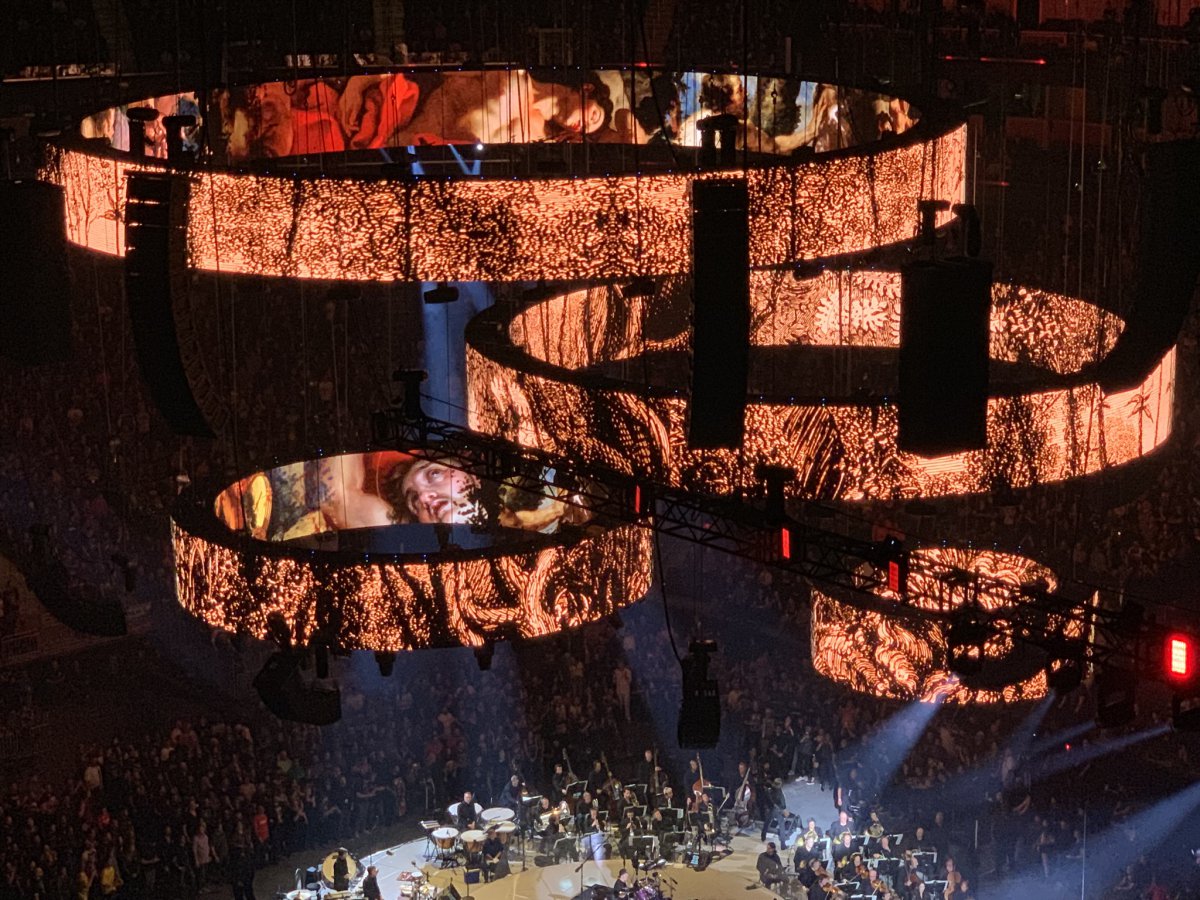 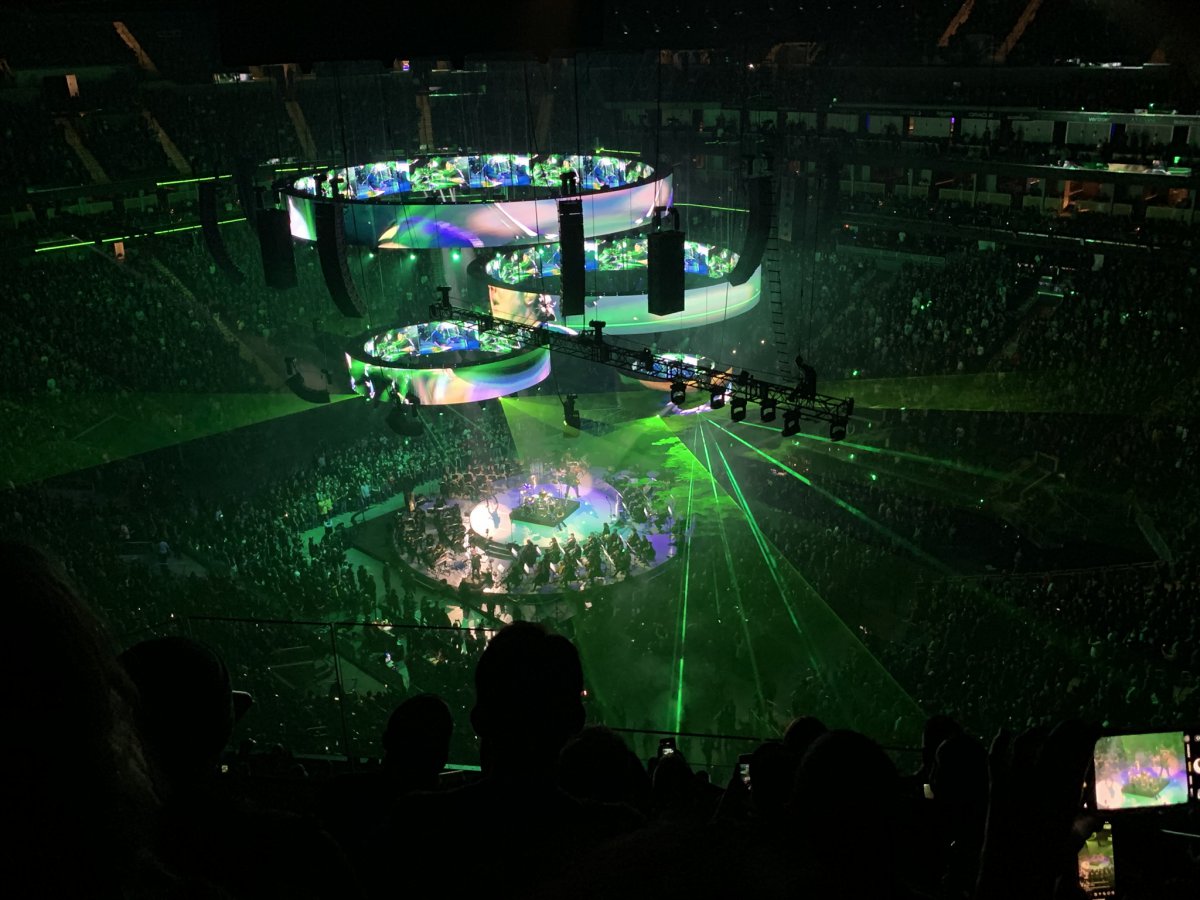 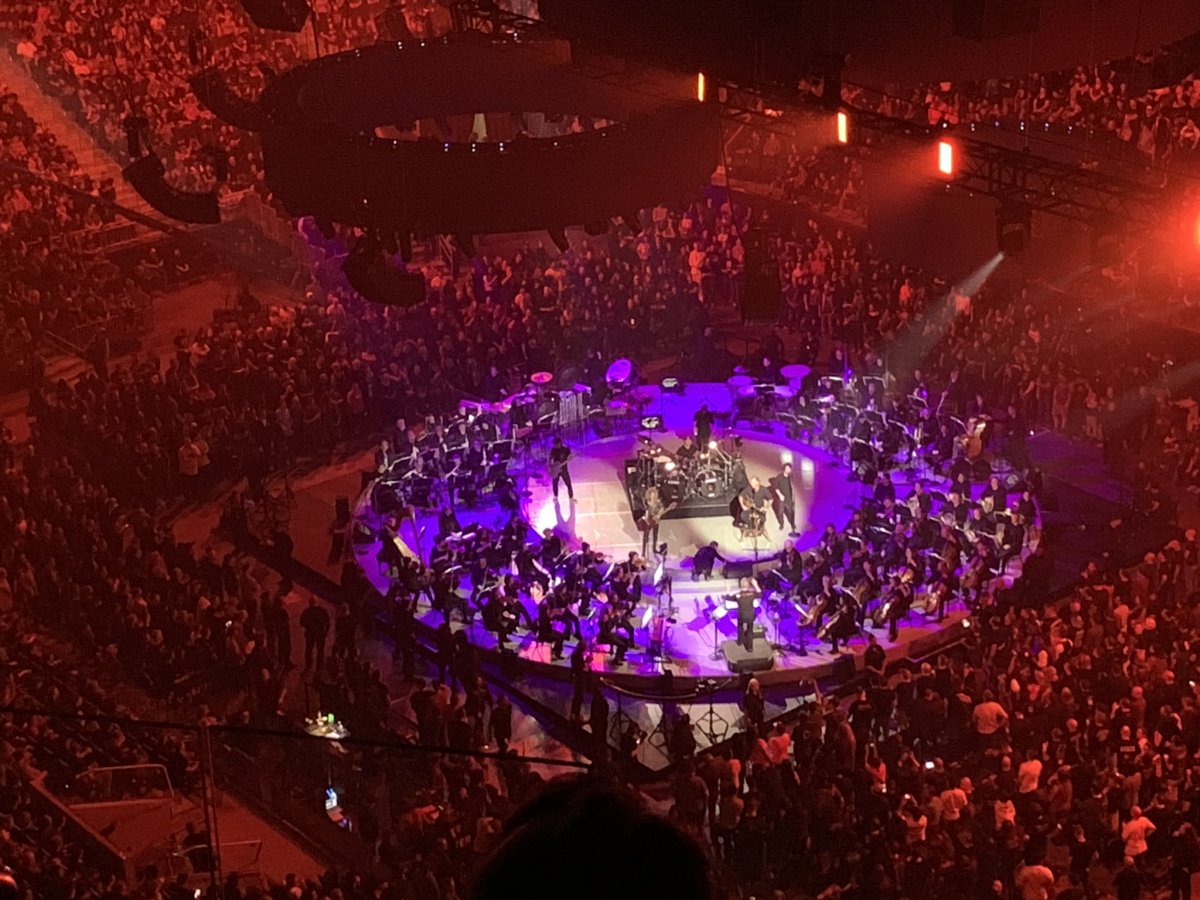 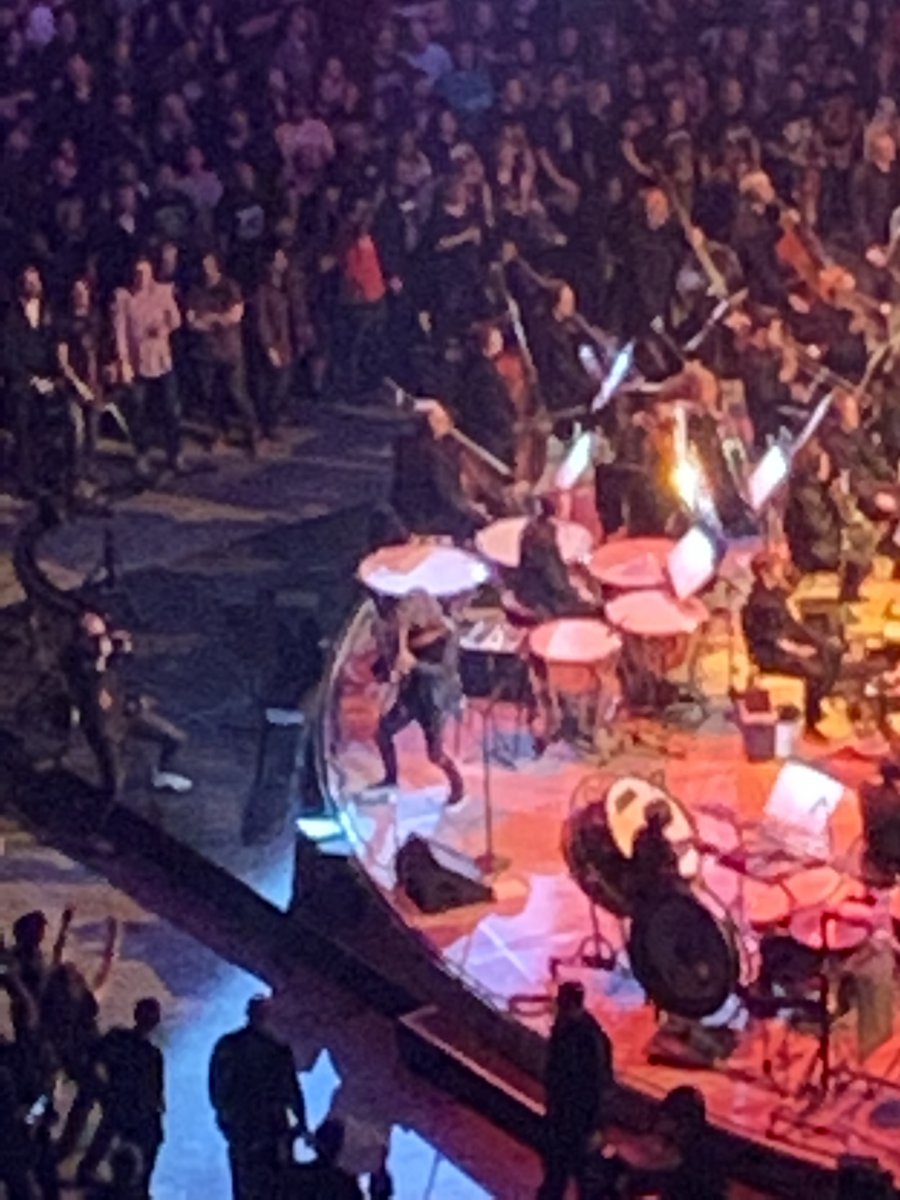 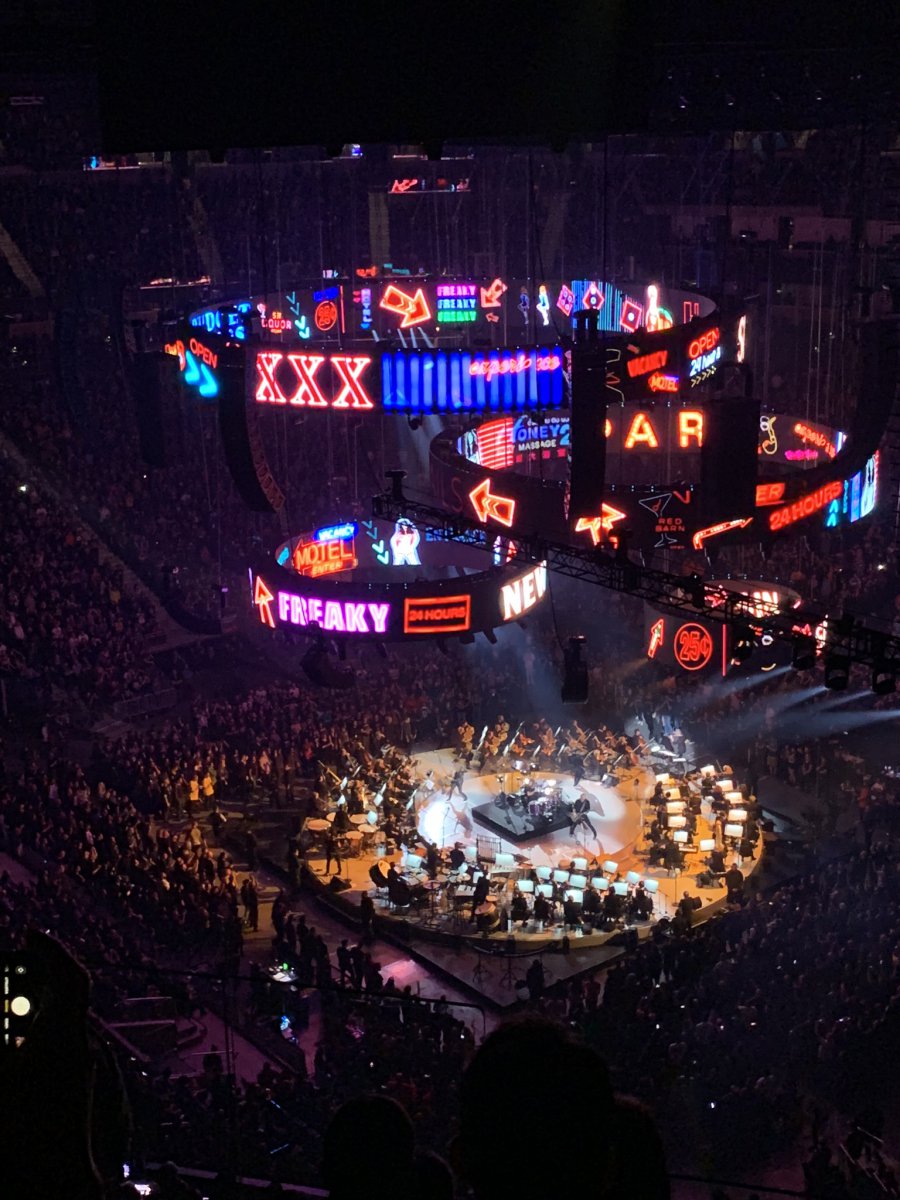 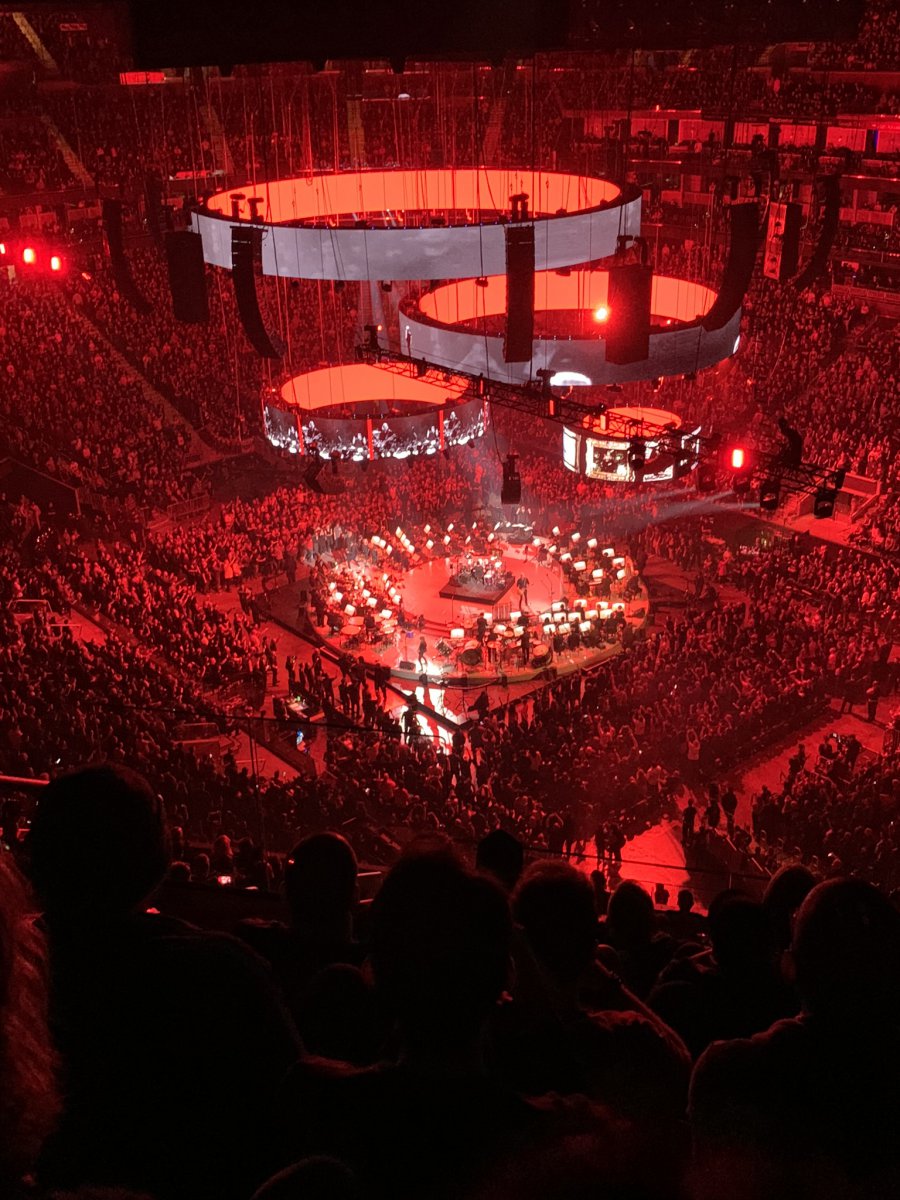 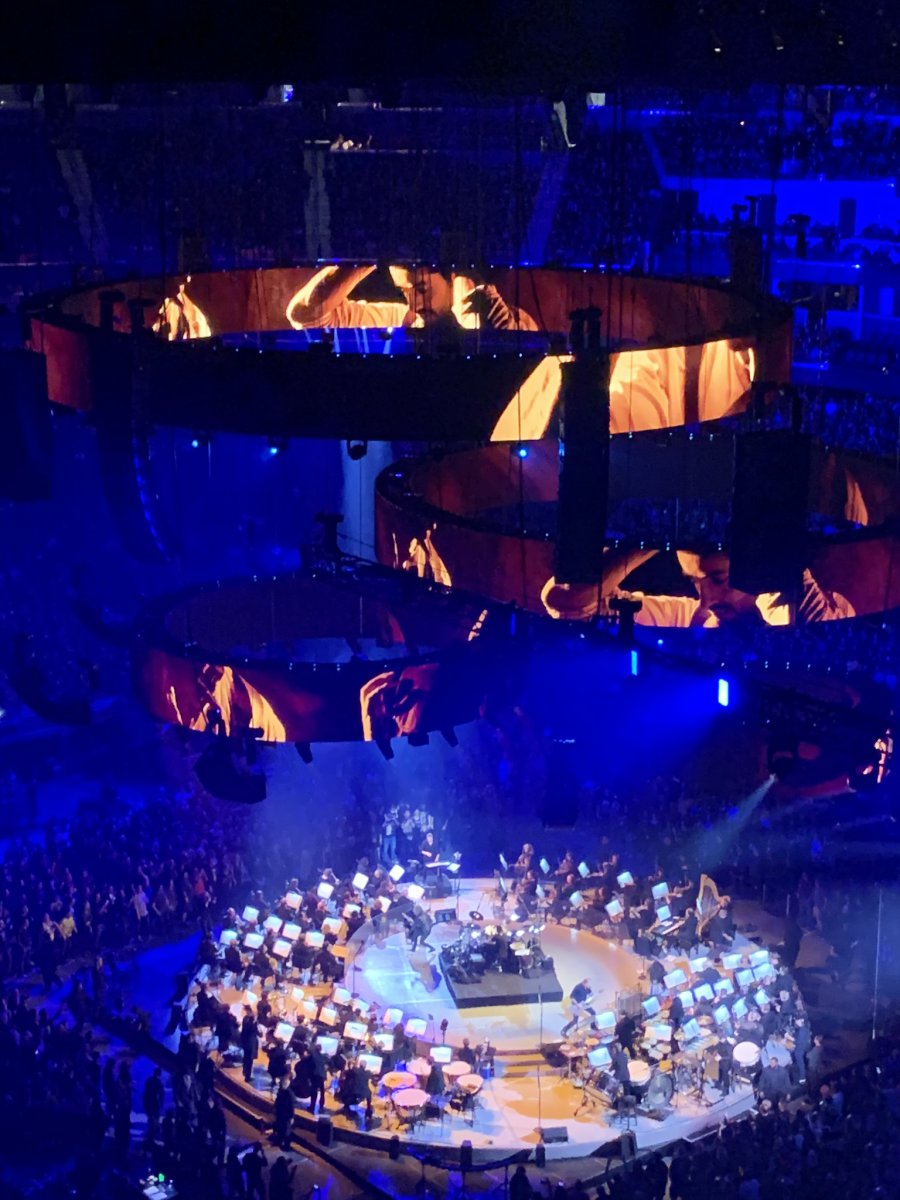 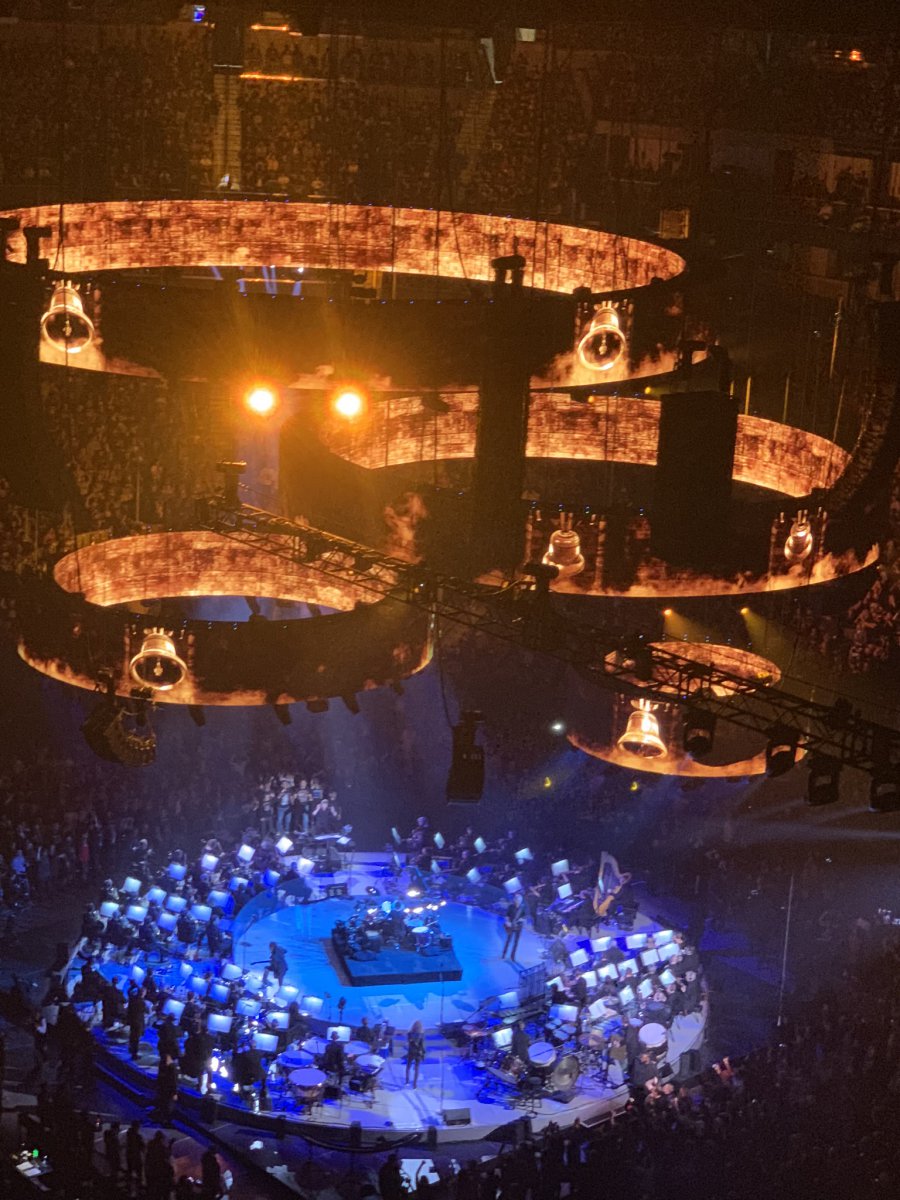 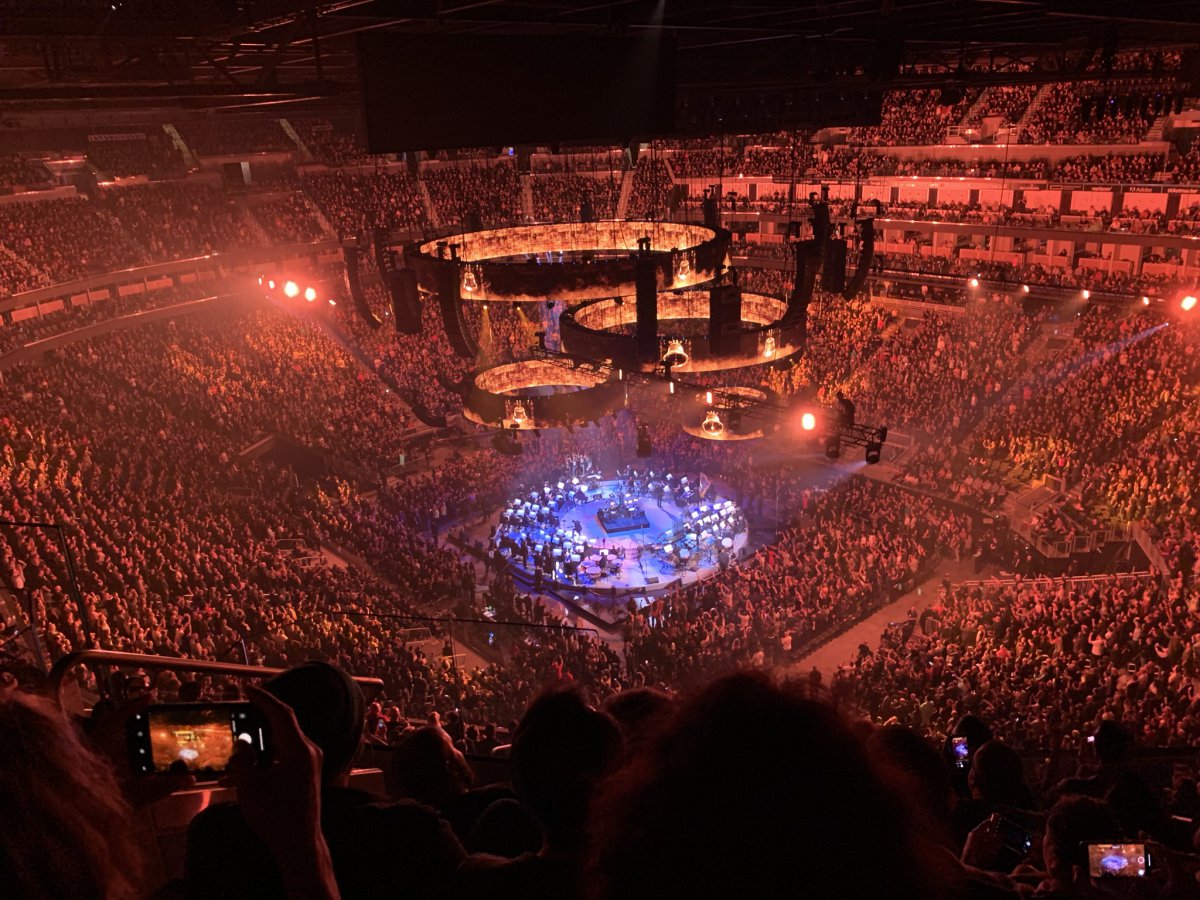 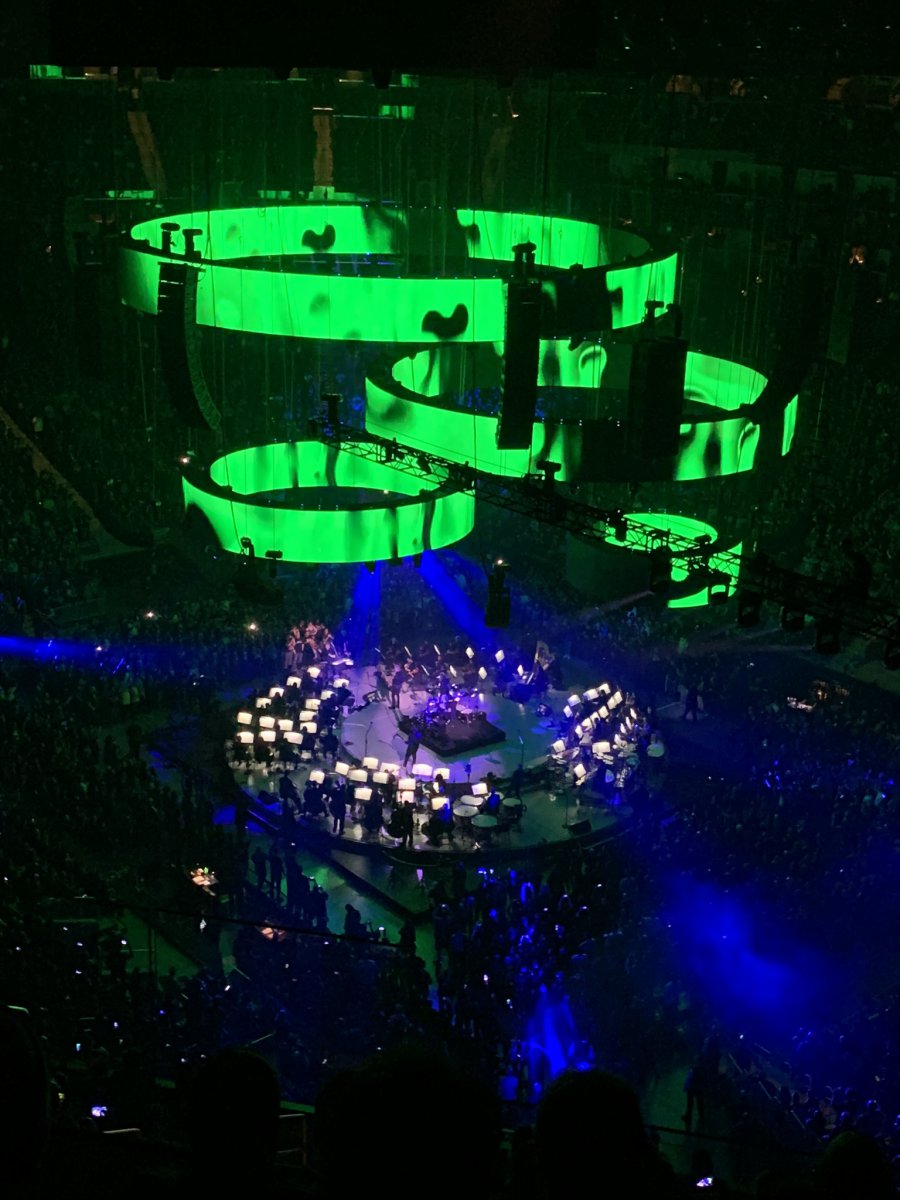 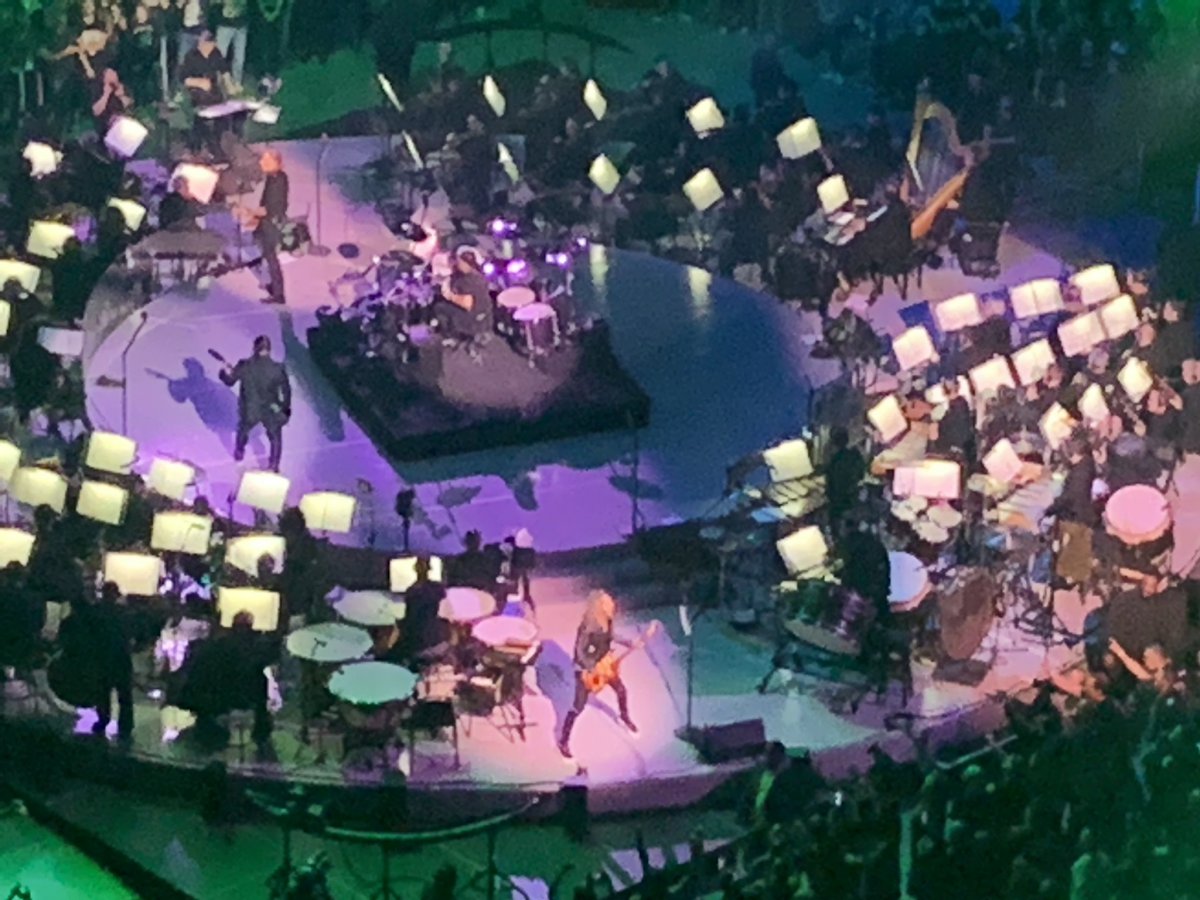 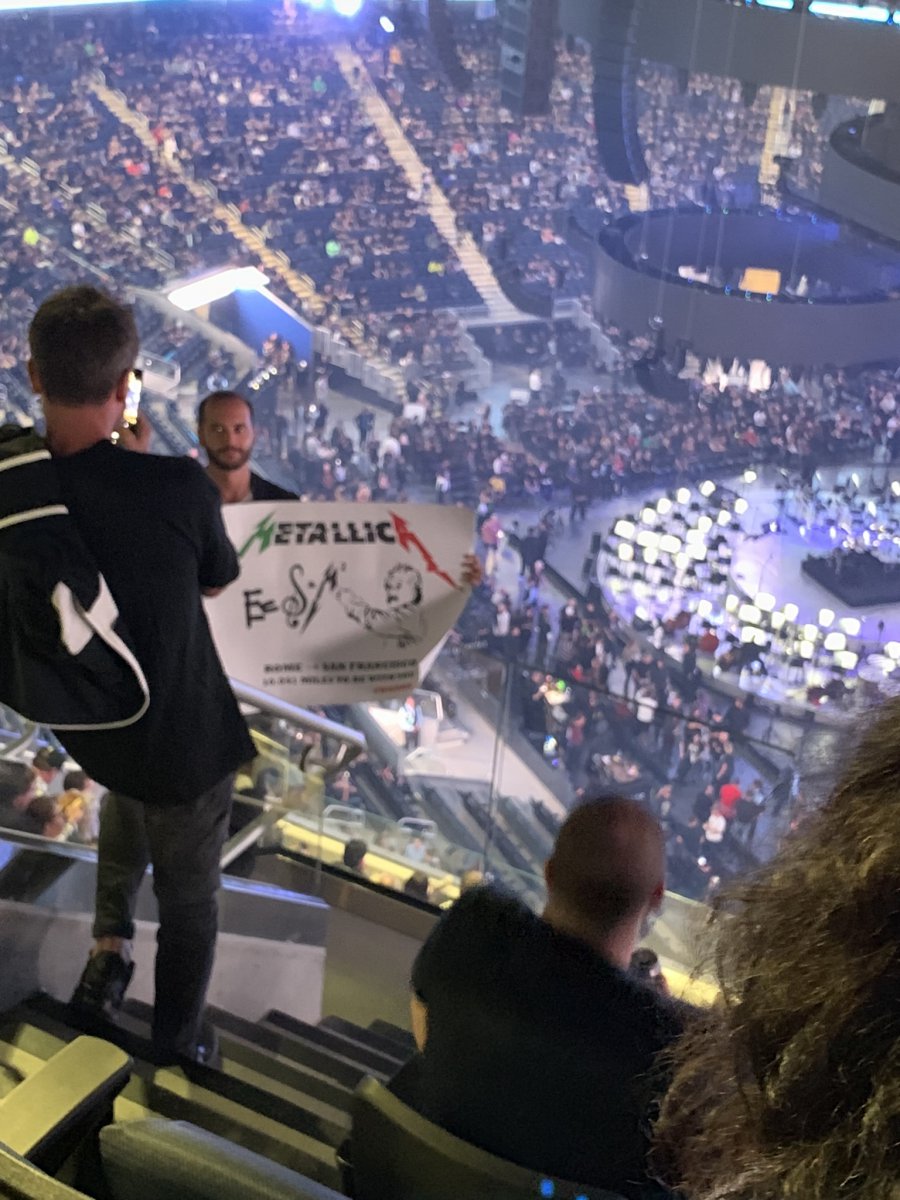 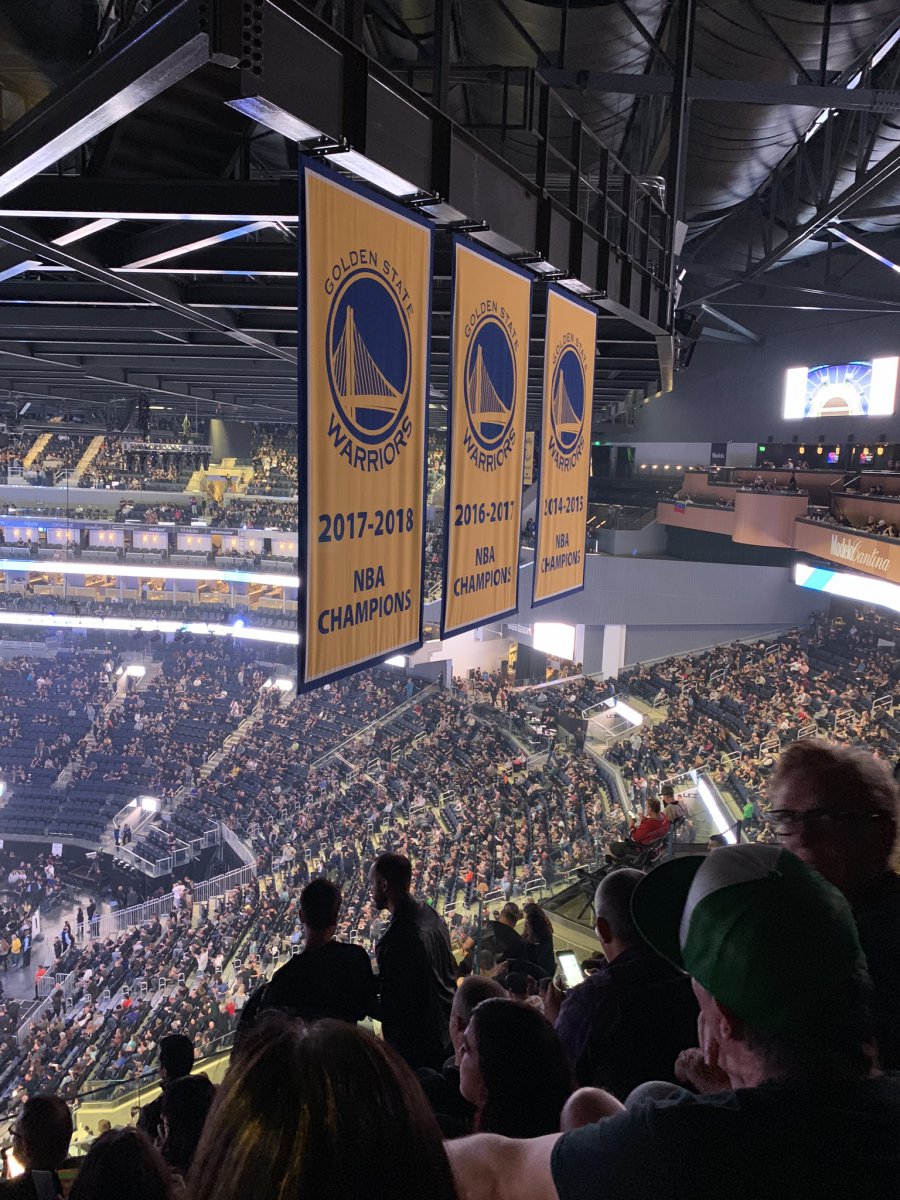 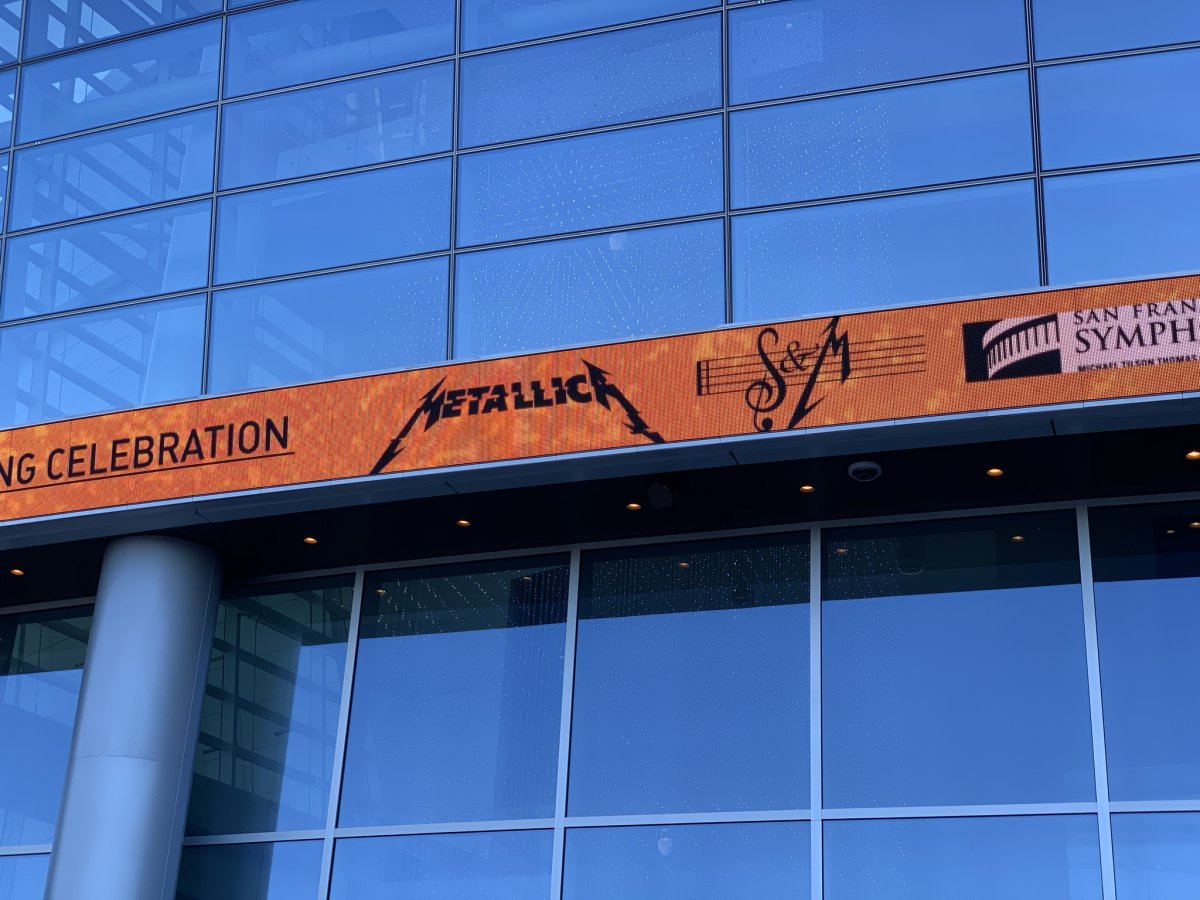 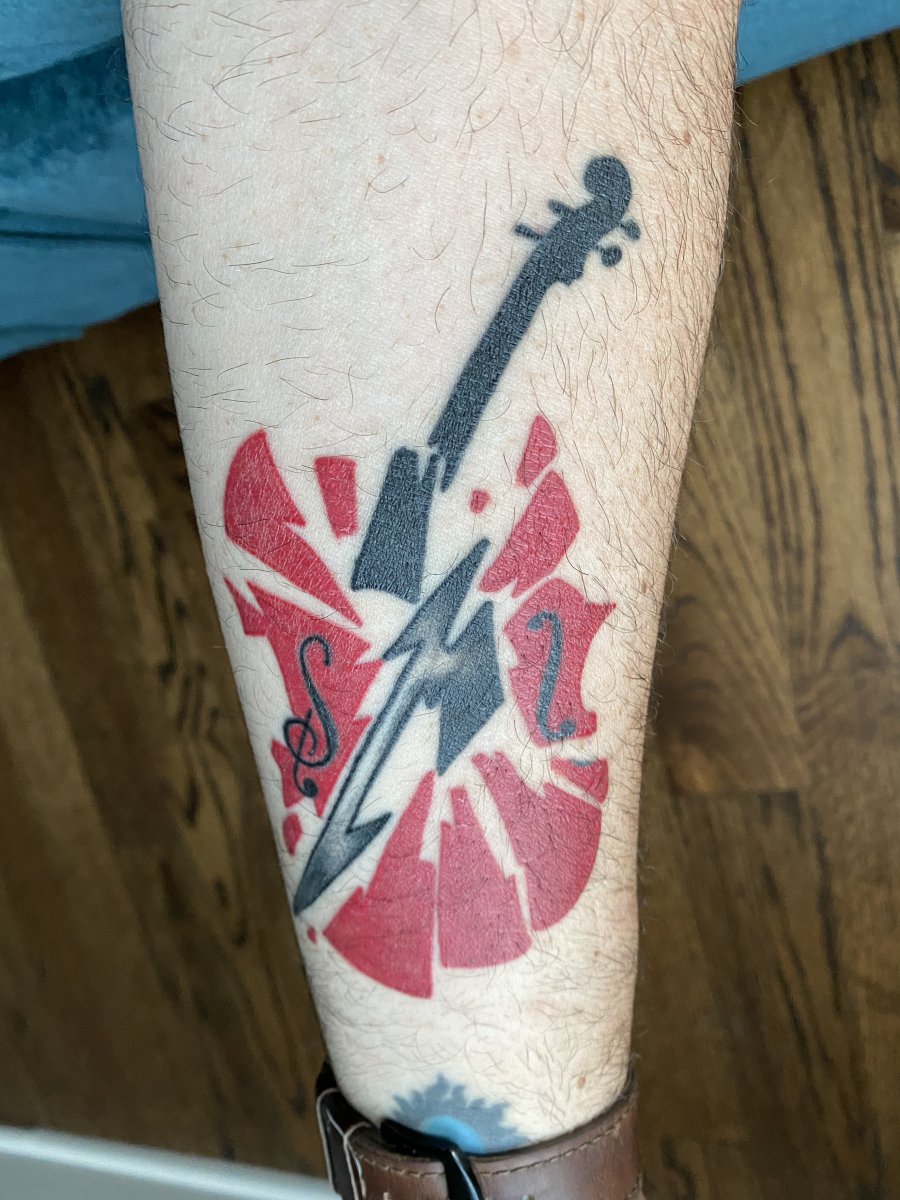 I took many videos, but only uploaded 2:

Unless it's a newly announced Metallica Christmas album, I'm not interested.

blue-sun said:
I took many videos, but only uploaded 2:

that is so fucking cool

I like Metallica but hate... fucking hate Lars. Just soo annoying. I used to listen to Justice and would over EQ the bass just have a super hard thump of that kick drum in the car when I had 2 12” subs back in the day. Since the black album they have been hit or miss for me. I love to play the 80’s riffs on the guitar though. Soo much fun.

LOL, yeah that mashup is horrible.

Pewter-Camaro said:
I like Metallica but hate... fucking hate Lars. Just soo annoying. I used to listen to Justice and would over EQ the bass just have a super hard thump of that kick drum in the car when I had 2 12” subs back in the day. Since the black album they have been hit or miss for me. I love to play the 80’s riffs on the guitar though. Soo much fun.
Click to expand...

Anayway, you had to go all the way to San Fran to see them?

I don’t even think it’s hate-it’s more of a generational preference. They have evolved throughout the years and I really think people’s preference are what/when they were introduced to the band. People who got into Metallica during the clif burton years will always have a different perspective of the band compared to someone who learned about Metallica via the load/reload times and so forth.

I’m 36 so I learned of them during the black album tide. That got me interested in their older stuff, and I felt disappointed in load when it came out in ‘96.
Was it good? Yes. Is it still good? Hell yes-but it’s different. After reload I didn’t pursue owning their new albums like I had Previously, mainly bc at that time every local rock station was shoving the new stuff down my throat. Still decent, but not like the excitement that the original 4 brought me. Again, just a preference.

Anayway, you had to go all the way to San Fran to see them?
Click to expand...

Yeah the S&M show was only in their home town, San Francisco. They did 2 shows with the symphony and e we got tickets to night 2. The guy that was sitting next to us was from England.

in our plane to San Fran was a couple who a had a layover in Ohare from Ohio. Saw quite a few Metallica shirts in the airport that day.

So last year during the Pandemic (and before I found TCG) Metallica was doing "Metallica Monday's" on your YT channel, airing a previously recorded concert of theirs. They did it again this week.


Here's their Playlist with all their shows, including a Chicago show from 1983

Saw them twice at Alpine, in 87 and 88 I think. Halen was the top bill one year and Bon Jovi was once. Was a huge kill em all fan, still am. All of their 80s albums I still like and then the black album was the last album they did I really liked until death magnetic.

Similar to the S&M 2 show, Metallica's Fifth Members can enter a contest to be able to buy tickets to a "Metallica turns 40" show, again at Chase Center in San Francisco.

As hard as it is to believe, the band will be turning the big 4 – 0 this October. What better way to mark this milestone than to invite the worldwide Metallica Family to join us in our hometown of San Francisco, CA, where we will be performing two different live sets at Chase Center on December...

I just entered the contest. For the S&M2 show, I did not make it in the initial contest, but I did "win" the 2nd chance for folks who won and opted to not buy tickets. Sounds like they're doing a similar thing for this show as well.

1 nice thing they are doing for this show which the didn't do for the S&M2 show is offering up travel packages, which include hotel stay and tickets to both shows.

Not a big Metallica fan, kind of tuned out after justice for all.

No Black Album love? There were some legit good songs on Load. Reload had less, St Anger was bad. Death Magnetic and Hardwired were both much better.

OK I can now ignore this thread.

They absolutely rock, saw them many times live since 1991