I just read this quote from Derrick Rose and don't really understand what he's talking about. Is he referring to how the injuries on the team are really pushing him to the edge? How his shooting has been off lately? This quote just does not sound like him.

“I’ve got to be the only superstar in the league that’s going through what I’m going through right now,” Rose said. “Can’t say too much about it.”
Click to expand...

He's usually a pretty reserved player, but here he's calling himself a superstar? This doesn't sound like Rose to me. This was from the Yahoo story posted about last night's game.

I think you should trade him to me Gypsy... I SEE YOU!

NICE! It does not sound like Rose to me but you never know.

He was complaining about the refs not calling fouls

Told he may get fined by the league for his comments, Rose was again uncharacteristically defiant.
"I could care less right now," he said.
Click to expand...

TonzKnock-G said:
I think you should trade him to me Gypsy... I SEE YOU!
Click to expand...

Ain't tradin SHIT! Rose is my man. 40 point games like a boss.


But that is kind of a surprising quote from him. Makes me wonder if it was used out of context to make a big deal out of it.

So it was toward the Ref's, who gives a fuk, they suck.

I think he was indirectly saying the refs don't give him respect. Other superstars do get more calls.

I missed the game last night, but I heard he wasn't getting calls.

WHO GIVES A FUCK

id call myself king president fucking awesome of all of the vaj of all the land if i was as good as him.

He needs a better foul face. Lebron get's brushed against and he makes this giving birth/anal rape face.

It is true, Rose gets hacked the fuck up going to the hoop. Lebron gets tickled and gets 2 shots, its unreal. 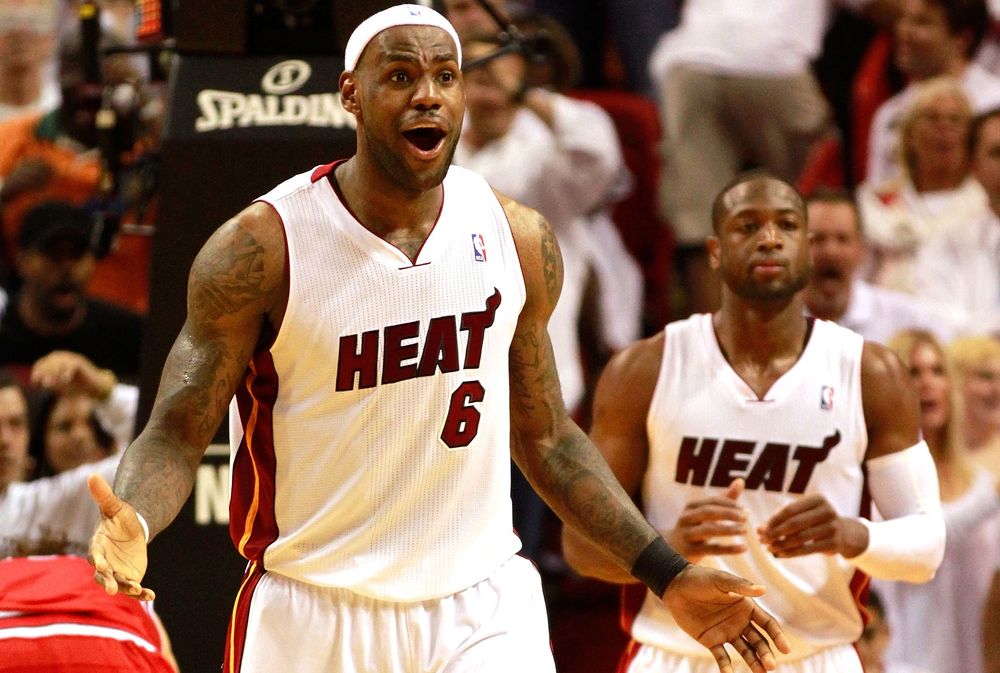 lebron is a bitch.

K J said:
lebron is a bitch.
Click to expand...

Wednesday should be interesting. It really could go either way just depending on who 'shows up'

I have to admit, the kid is good, and I truly thought he would keep his head screwed on straight.
I have noticed he is crying more then ever, doing the stare down, beating his chest more then ever,
and if it's true, I do not like him calling himself a superstar all of a sudden!!
I actually mentioned to a buddy a couple of weeks ago, his Mom needs to slap him one.
He's getting a big head, and the tattoos, and other thug stuff has me a little worried he might implode??

he never cries to the refs (VERY rarely) and for a superstar, is as humble as it gets. Tattoos dont = thug stuff, either. (they can, depending on what they are- but thats just a dumb stereotype)
although i do agree he has gained a little more 'confidence' as of lately

I hope the Bulls win Wednesday. I love watching them beat the Heat.

Yeah yesterday nights game he was getting hacked before he even made his way to the basket during the double teams and wasn't getting anything. First game I have seen him really get frustrated with the lack of calls. He did get one that I thought he shouldn't have but the refs in general were just bogus last night.

At least get got that nice jam at the end. Wheres the poster machine at?

The accident happened at about 4:25 p.m. on the I-90 South Bound lanes at Ogden, police said in a press release this evening.

Rose, of Northbrook, was in his 2011 Beige Bentley when he was rear-ended by a 2002 Green Saturn driven by Charles Tratwein of Dundalk, Md, police said.

Rose, 23, refused treatment by a Chicago Fire Department ambulance and told police he would be checked by his own doctor at a later time, officials said.

Tratwein, 42, was cited for failing to reduce speed to avoid a crash, police said.