Pewter-Camaro said:
I did the same on my computer. good stuff.
Click to expand...

work PC locks down our backgrounds so I can't do it for my work PC and I don't have/use a PC at home generally.

blue-sun said:
I searched and didn't see a thread about the James Webb Space Telescope that launched Dec 25th last year, so this is it.

NASA's Webb Space Telescope :From arrival at the ESA launch Facility in Kourou French Guiana, through launch, deployment, commissioning and the first science images, the pages linked here are your starting point for exploring everything Webb. The James Webb Space Telescope's revolutionary...
www.jwst.nasa.gov

The telescope achieved a "perfect" alignment, according to Webb scientists.
gizmodo.com

I watched 25 mins of the first vid. The mind boggles.
TS
TS

N20GT said:
I watched 25 mins of the first vid. The mind boggles.
Click to expand...

It's an engineering masterpiece what they did!

Technically, by all points of the definition, yes.
TS
TS

Dr. Jimbo said:
Technically, by all points of the definition, yes.
Click to expand... 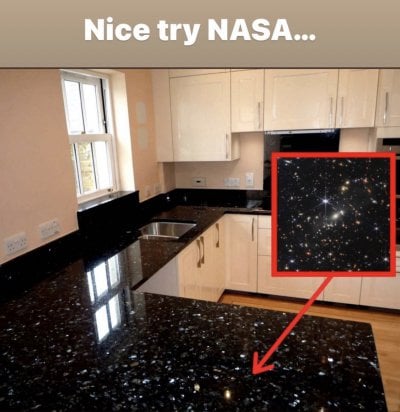 The report was published last week by NASA and the European and Canadian space agencies. It described the telescope’s science performance up to July 12, 2022, the day the telescope’s first images were publicly released, and included an exciting first look of the planet Jupiter as seen by Webb.
According to the analysis, the impact “exceeded prelaunch expectations of damage for a single micrometeoroid.” The Webb team is now studying how to predict and mitigate future impacts.
Micrometeoroids are bits of rock flying through space. When orbiting Earth, these rocks can reach speeds of up to 22,000 miles per hour and are a regular hazard for astronauts, satellites, and spacecraft.
In early June, a NASA release stated that a micrometeoroid impacted one of the Webb telescope’s hexagonal mirrors between May 23 and May 25; the new report estimates the impact actually occurred between May 22 and May 24.
“We always knew that Webb would have to weather the space environment, which includes harsh ultraviolet light and charged particles from the Sun, cosmic rays from exotic sources in the galaxy, and occasional strikes by micrometeoroids within our solar system,” said Paul Geithner, a technical deputy project manager at NASA’s Goddard Space Flight Center, in a June release.

The Webb telescope’s mirrors were meticulously aligned in order to produce high-resolution images of very faint light sources in the distant universe. The recent report compared ground measurements of the mirror segments’ optical quality to the telescope’s current quality; they found significant error in the C3 segment.
Because the C3 segment is just one of 18 hexagonal mirrors making up the telescope’s primary mirror, the micrometeoroid damage is relatively small on the full telescope level, the report stated.
Despite the damage, the team’s initial assessment indicates that Webb “should meet its optical performance requirements for many years.” Thanks to the telescope’s precise launch, it’s expected to be operational for 20 years and will spend the entirety of its tenure at L2, a point in space about a million miles from Earth. © Image: NASA, ESA, CSA, and STScIThe Carina Nebula's cosmic cliffs seen in brownish orange below, and the deep blue of space above.
A stunning image of the Carina Nebula recently taken by Webb’s NIRCam and MIRI instruments.
The big unknown, the team stated, is the rate of mirror degradation from micrometeoroids; in other words, how many more-harmful-than-expected space particles will hit the $10 billion observatory. At the time of the June statement about the May impact event, the team detected four micrometeoroid strikes that fell within their expectations for such events, but the larger event is cause for concern. If Webb is more susceptible to micrometeoroid impacts than scientists anticipated, its mirrors will degrade earlier than expected.
It’s possible that the team will turn Webb’s optics away from micrometeoroid strikes to protect its mirrors down the line, but for that to happen, the strikes need to be anticipated. Webb was severely delayed here on Earth, but for an observatory that was launched and commissioned without issue, it was only a matter of time before space threw the Webb scientists a curveball.
TS
TS 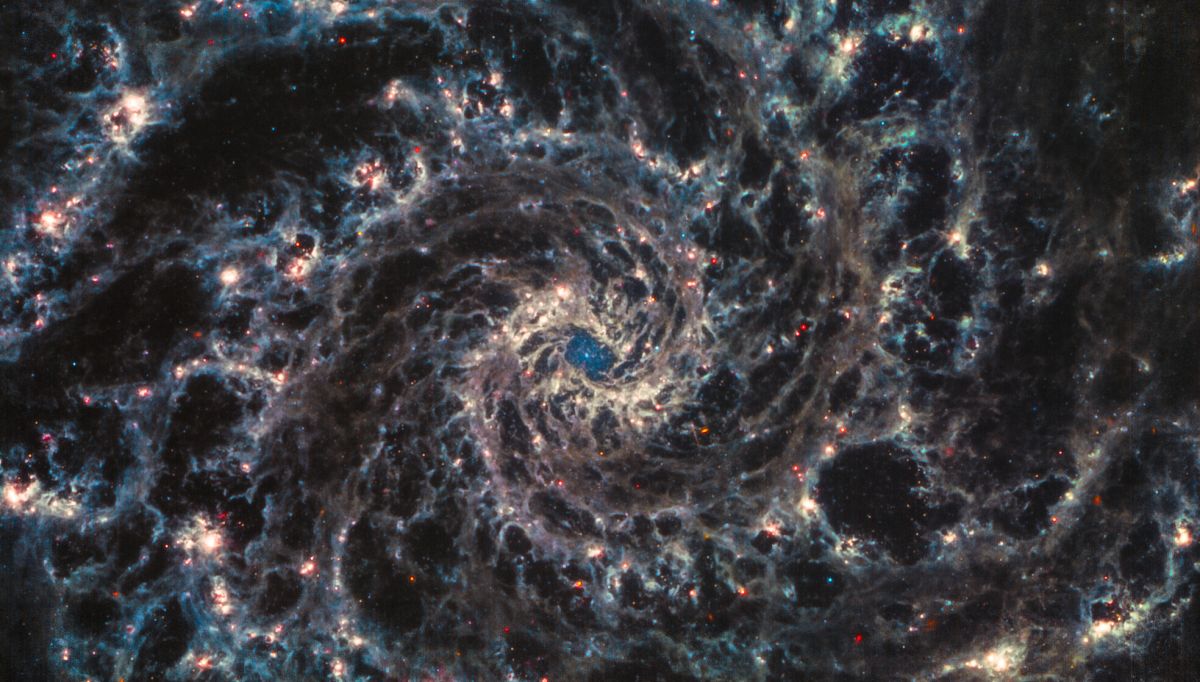 The telescope is 'new, different, and exciting' for Judy Schmidt, who has been working with space images for a decade. 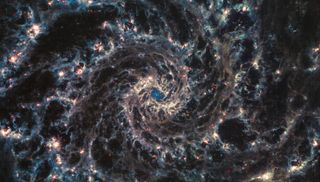 These photoshops are outstanding
TS
TS

Dr. Jimbo said:
These photoshops are outstanding
Click to expand...

keep lowering the price on that mook intake for me.

I want to see some aliens and massive alien spacecraft.... This nothingness is bullshit!

One day we're gonna zoom in on some distant planet about 100 million light years away and see 2 aliens fucking on a surfboard in some red oil ocean of theirs.... When that day comes, it will be glorious.
TS
TS