Movie Michael Keaton to return to the big screen as Batman?? Michael Keaton in Talks for The Flash Movie as Batman!

The DC Extended Universe solo Flash film has been in the works for nearly five years now and has seen a number of writers and directors attached and with the film on track with Andy Muschietti directing, word has come out that the film will feature a major component in the form of Michael Keaton...

The DC Extended Universe solo Flash film has been in the works for nearly five years now and has seen a number of writers and directors come and go and with the film on track with Andy Muschietti behind the camera, The Wrap has brought word that the film will feature a major component in the form of Michael Keaton returning as Batman!

Sources report that the 68-year-old performer is currently in talks with Warner Bros. to reprise his star-making role for the long-awaited project focused on the red speedster in an effort to introduce audiences to the concept of the multiverse, while noting that negotiations are in “the very early stages.” The multiverse is a concept that has underlined most of the DC Comics, with The CW’s Arrowverse using the idea for connecting Supergirl to its other series and helping with the annual crossover events, most notably last year’s Crisis on Infinite Earths. The network also utilized this event to connect the small screen world with the big screen as Ezra Miller’s Flash met up with Grant Gustin’s and confirmed the existence of Justice League and Wonder Woman.

It’s currently unknown how the script is looking to toy with the idea of the multiverse, especially in future DCEU films, but sources are confirming that should Keaton return to the role 30 years after we last saw him in it, it will not affect Matt Reeves’ highly-anticipated The Batman and that the studio is still considering Robert Pattinson as the future of the Dark Knight franchise. Additionally, The Hollywood Reporter adds that if talks go through, Keaton could end up playing Batman in multiple movies “in a mentor capacity” similar to Nick Fury in the MCU, with Batgirl being one of the possible projects.

Keaton first took on the cowl in Tim Burton’s 1989 Batman, which proved a critical and commercial hit and helped pave the way for the comic book genre’s future box office domination. and his performance has largely been considered one of the best iterations of the character, despite initial hesitation from fans. He would return to the role in 1992’s Batman Returns with Burton directing, and after the financial success and continued positive reviews, the studio began development on a third installment, though quit after Burton was pushed out and replaced with Joel Schumacher, who would go on to direct Val Kilmer in Batman Forever and George Clooney in Batman & Robin.

Should Keaton’s deal be finalized and the filmmakers go through with the multiverse concept, the plan is to have The Flash act as a direct sequel to Batman Returns and borrow from the acclaimed 2011 crossover storyline “Flashpoint,” exploring what his version of Batman has been up to in the years since.

He would be in a mentor role, like Jackson is in the MCU movies.

Yeah, but he doesn't look 68, so I'm totally okay with this.

DEEZUZ said:
Granted besides Bale Batman he's only other one that counts but Christ 68 years old
Click to expand...

He could almost play old man Wayne if they did a Batman Beyond movie.

Thirdgen89GTA said:
He could almost play old man Wayne if they did a Batman Beyond movie.
Click to expand...

More than likely he'll play this version of Bruce Wayne. Exciting, none the less!
They are also still in talks to get Jeffrey Dean Morgan to play Thomas Wayne, aka the Flashpoint Batman. That would be awesome.

Well, looks like the whole movie plot has changed since I read about it yesterday. 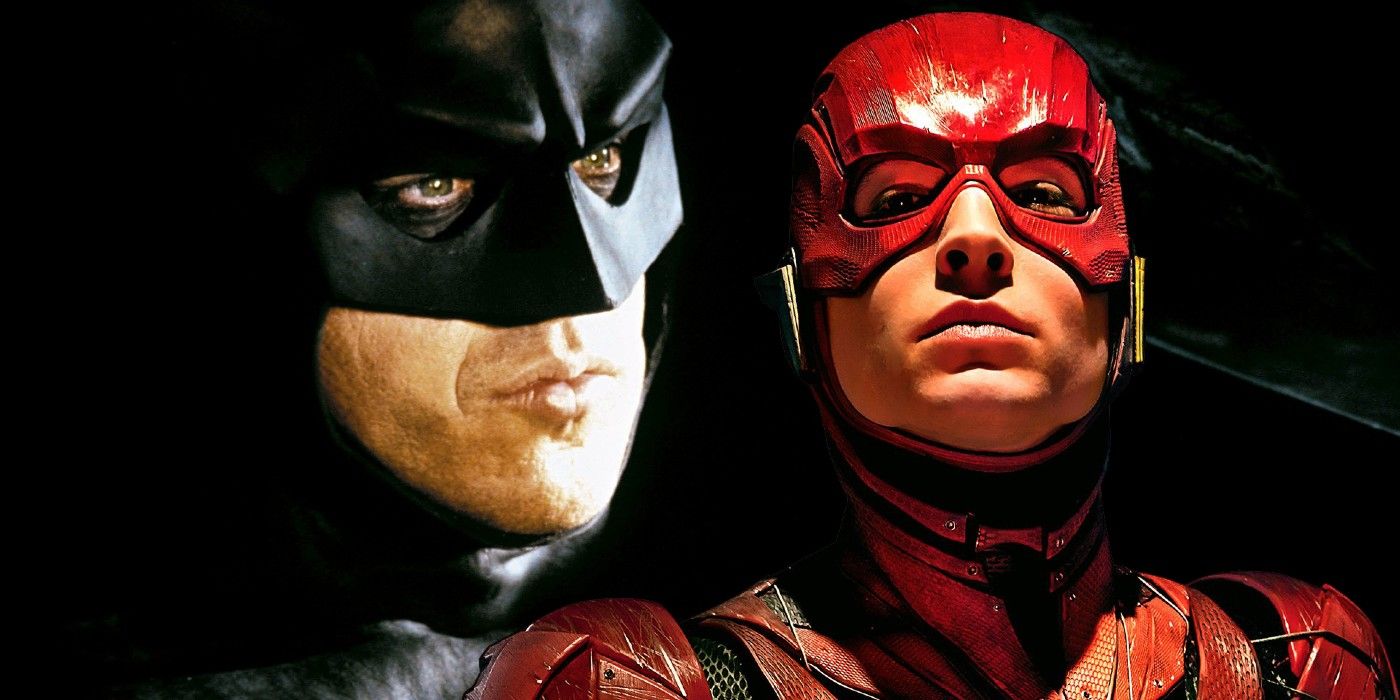 Michael Keaton Reprising Role Of Batman In The Flash Movie

It will reportedly introduce the multiverse.

As you likely have heard already, they plan to lean heavily into that for the upcoming Flashpoint adaptation, starring Ezra Miller. We reported earlier today that Michael Keaton, star of Tim Burton’s two Batman films, was in talks to join the film. This would pretty much seal the idea that every DC project is connected in some way. But the rumors don’t end right there.

Scooper Daniel Richtman has slightly embellished on the news story. He states that Keaton won’t just appear, but will “replace Ben Affleck as the DCEU’s Batman” and will “co-star in Flashpoint.”

So, this means two things. One, that he will have a sizable role in the film. It won’t just be a pop-in but an actual pivotal role that warrants a “co-starring” drop. Two, that we will likely see him in the future. After all, you can’t “replace” Ben Affleck in the DCEU if you aren’t…replacing Ben Affleck in the DCEU.

But, if this is the case…what does that mean? I daresay this would bode for big things in the future. Namely, we could very well get a Batman Beyond adaptation. Obviously, things have changed a lot over the years, but I do know that Warner Bros. was at least mulling around the idea of a Batman Beyond adaptation. Even when they cast Ben Affleck, they didn’t plan on keeping him around as the Caped Crusader for more than a handful of movies. From there, a transition into Batman Beyond was being tossed around.
OP

So..........does this mean the upcoming The Batman is standalone, like Joker was?

It was my impression that they gave up on the DC Universe idea.