Michael Avenatti is not having a good week

Avenatti, who was taken into custody Monday, allegedly tried to extort the massive sports apparel company for more than $20 million in payments "by threatening to use his ability to garner publicity to inflict substantial financial and reputational harm on the company if his demands were not met," prosecutors alleged.

The counts against him include conspiracy to transmit interstate communications with intent to extort, conspiracy to commit extortion and more...

...Earlier Monday, Avenatti tweeted that he would be holding a press conference on Tuesday to "disclose a major high school/college basketball scandal perpetrated by @Nike that we have uncovered. This criminal conduct reaches the highest levels of Nike and involves some of the biggest names in college basketball."
Click to expand... 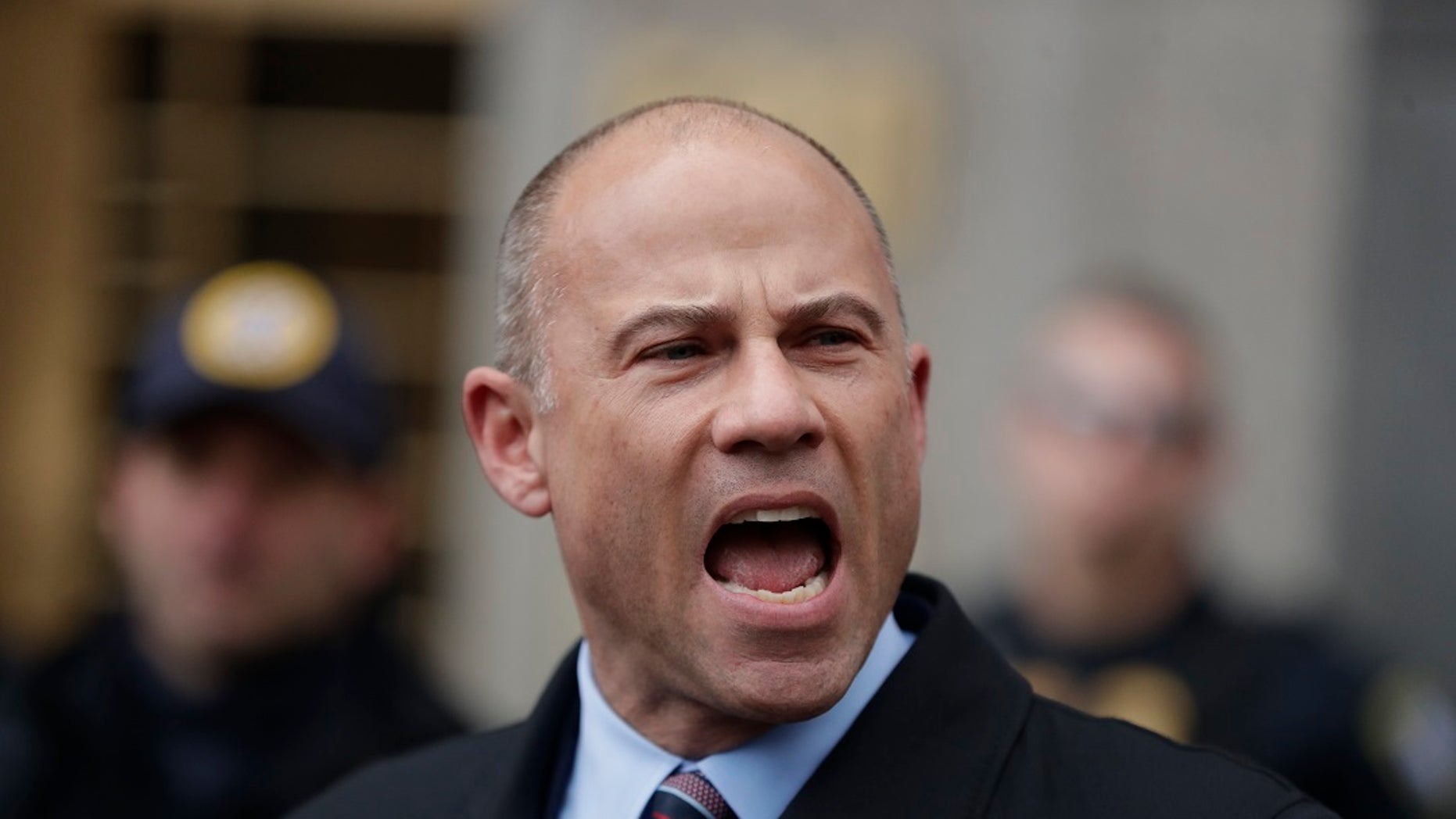 Attacking the President is not smart. Attacking Nike and the NCAA is even worse.

He’s doing a great job of not living up to the scumbag attorney stereotype.

From what I’ve heard the “scandal” he wanted to extort money for was Nike GIVING shoes and apparel to colleges. Like Reebok, Nike, UnderArmour and every other big sporting goods company doesn’t do the same thing to help with tax write offs.


So when you are a POS criminal, and keep making a scene and seeking attention every chance you can, you will get it in spades!!!!!!!!!!!!!!

If I was a POS criminal, I would never be online, never post anything about anything,
and stay away from anything that can draw attention from law enforcement, reporters & other ambulance chasers!!!! 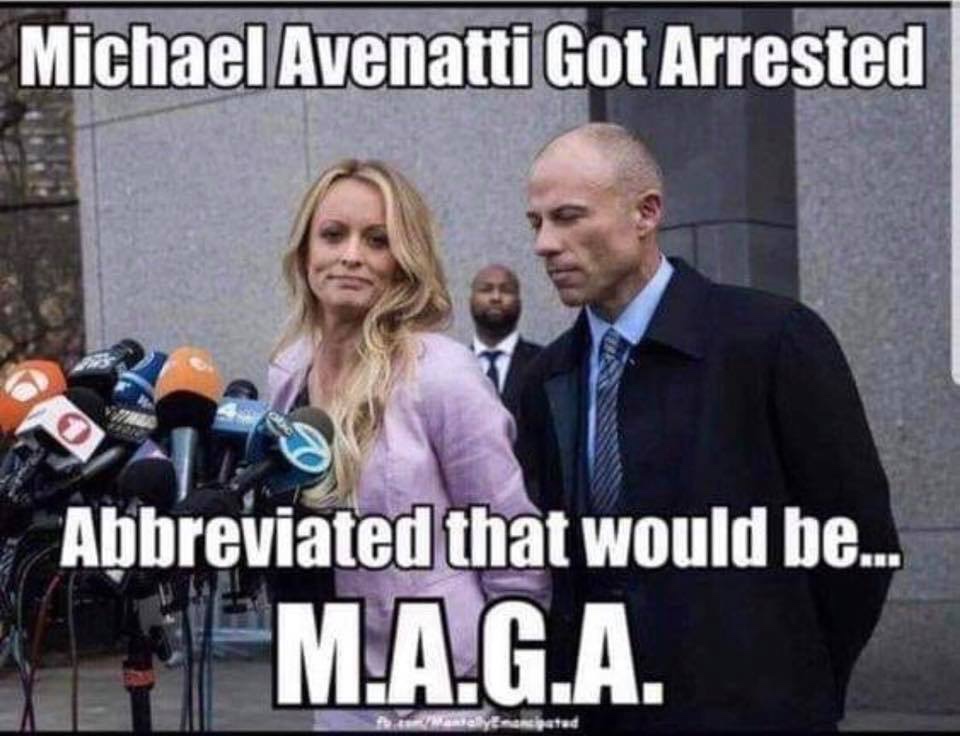 
That is frigging hilarious!!!!


Wait, so now Avenatti is Trumps fault too?

Absolutely, in the clueless mind of an idiot!!!!

TDS - EVERYTHING is Trump's fault.

He on the front page of CNN again, what a Fucking asshole

reading through this is mindfucking

Insert the dozens of previous glowing tweets on Avennati by high ranking DEMS and celebs. Not such a great candidate for Prez. now, is he?

I'd like to ask Trump if winning ever gets old. He's doing a lot of it lately.

Jesus. It would be easier to just list the Federal crimes he DIDN'T commit.

Definitely needs to be made into a movie 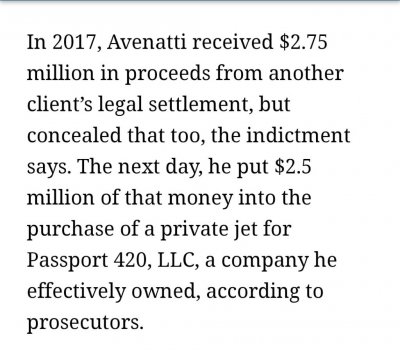 b00sted said:
Jesus. It would be easier to just list the Federal crimes he DIDN'T commit.
Click to expand...

Who in the absolute Fuck do these people think they are!!!!

This is so hilarious! LOL!!!

I miss stormy, where did she run off to? Lol
OP

Deja Vu in Lexington Kentucky on May 4.