Yeah I need to adjust that on my…….ohh.

I'll be putting this rig to work this weekend at my new place. The grass is getting long after the recent rain. 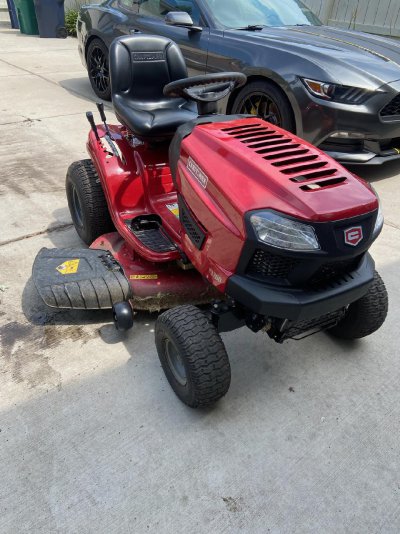 My dad found this lawn tractor on Facebook marketplace for $450. It wouldn't start. My dad looked it over and was able to jump start it. He brought it home, bought a new battery, and changed oil and filters on it. It runs great and worked as it should on it's first test drive mowing my parents backyard. The info tag on it says it was built in late 2018. Really excited with this score because I was getting ready to drop ~$2,000 on something new.

I never knew I wanted something so bad….

Absolutely overkill, but I love it. Not the 32K price though.

The thick of it around half way. Ol’ LT just lugging through it not giving a fuuuuck.

Put the new Chinesium carb on the old Snapper yesterday, runs like a champ.

Pulled the deck of the mower. It’s never been off or cleaned the whole time my parents had it since around 1999 or so. 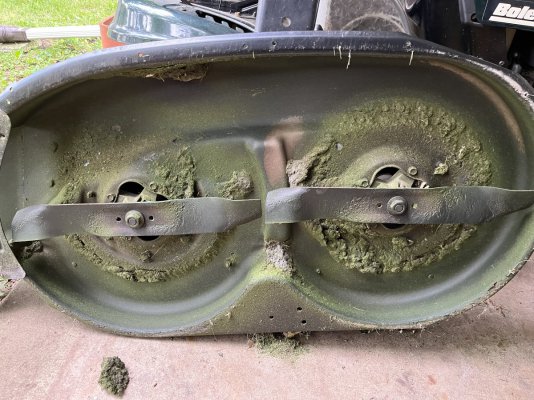 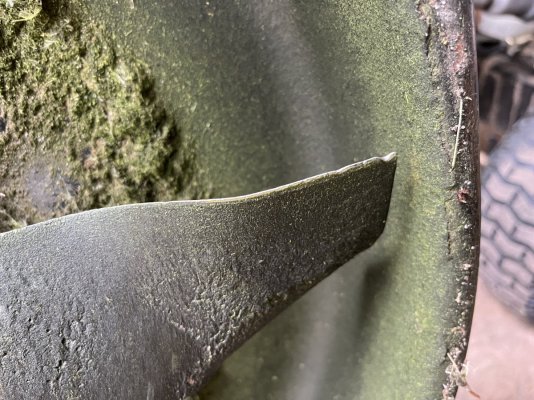 A little chunk missing on the blade. Lol 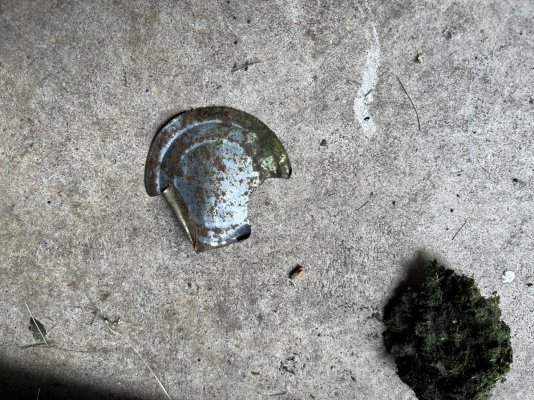 Also this was jammed in there probably for a hell of a long time.

I scraped all the junk off, power washed it, sharpened the blades and gave it a quick test and wow. Cuts like a whole new machine.

I'd like to be able to do that with my rider's deck. But to get the deck off is a good hour-long project, if not more. And it's a real bitch to get back together. The designers definitely did not have deck serviceability in mind when they made it.

I was initially going to jack the mower up because I assumed it would be a fucking project. I googled how to do it and was surprised. Just a single cable retainer, spring, the belt, metal rods held in place with clips and a hook in the front. Took me about 2 hours this morning to do it all but I did rush at the end because I had to get to work and forgot to snap pictures of it all clean. Ohh well.

Yea, a couple cotter pins on the lift brackets and a cotter pin for the engagement cable and my deck is off.

Not mine, it's about a dozen cotter pins, the massive deck lift spring, the drive belt, and a bunch of other shit I'm forgetting. It's a bitch to get to half of the pins, and trying to get the spring back on is pretty much a two person job.

It has a "mulching" kit which is just a metal plate that goes up inside the deck, crossing over about half way, then also blocks the side discharge. Just to swap that in/out is a good 30 minute endeavor. It's a 1992 or 1993 model that was just not very well designed for that.

However, it's engine has been going strong, it's a hydrostatic transmission, and I'm on the original tires. I've definitely gotten my money's worth at this point.

I either need to get a new blade for swaps and sharpening, or just sharpen my blade. Probably both.

I will add, that my mower isn't without some issues, other than the deck. The plastic hood cracked where the hinges are on the front, so I run it without the hood (engine cover), which does help keep it cooler while running. The front clip's mounting tabs are broken where it bolts to the front of the frame, and I have zip ties holding it in place. Where the choke cable attaches to the choke plate is broken, so to use any choke on starting you have to just push the plate with your finger while starting. Also, not a big deal.

The biggest thing is that it actually caught fire two years ago. Was cutting grass on a 90°+ day, and the grass was quite dry. The discharged grass was blowing around and got too close to the muffler. I had stopped cutting and was cleaning things up when I saw smoke billowing out from under the hood. I was able to quickly put it out, but it almost burned through the ignition grounding wire, and it took out the wiring for the headlights. Once it cooled off I soaked the whole engine compartment with degreaser, rinsed it off, then hit everything with brake clean, and again rinsed. The engine compartment hadn't been that clean in YEARS. Owner mistake.

It's on its second spark plug, second air filter, multiple oil changes, and I had to replace the fuel line, filter, and gas tank. Other than that, it's all original. With the plug and air filter it's not that I'm lazy, I just pull them frequently and make sure they're in good shape and clean. The air filter, which has the foam debris cover, gets blown out every 2-3 mowings.

Oh, now that I'm thinking about it, I did have to replace the spindles. The bearings were going bad and I didn't have a bearing press. It was easier to just order new spindles and baskets. That was the original reason for having to drop the deck. Good thing with that was I am now able to easily get the bolt that holds each blade (2 blades, staggered) in place out with ease. Before they would seize up. Now I hit a few of threads with anti-seize before the blades go back on.

But still, for the initial cost of like $1200 back in 1993 I can't complain. Pretty sure I'm on borrowed time with it at this point, but will continue to run it. The one thing I won't do anymore is pull the dethatching accessory with it. It is too much of a load on the engine, and it gets too hot. To the point where it starts to smoke a little, hence the "borrowed time". Rings are probably on their last leg.

I think I may get up tomorrow and cut the lawn again. its only grown like 1/2" or so but I'm kind of excited to give it a good workout now that its all cleaned up and blades sharp. lol

I sharpen blades every month if not twice. I may be a psychopath, but I feel like I can hear a difference.

Same (well I swap them out and sharpen the set that are off). It gives a cleaner cut and doesn't "tear" at the grass.

The thick of it around half way. Ol’ LT just lugging through it not giving a fuuuuck.
View attachment 127625
Click to expand...

i can smell this photo

Lawn bros I need some advice. The north side of my lawn looks like this. I was told it was bent grass. What should I do to kill it? I applied Tenacity last fall and it didn’t seem to do much. 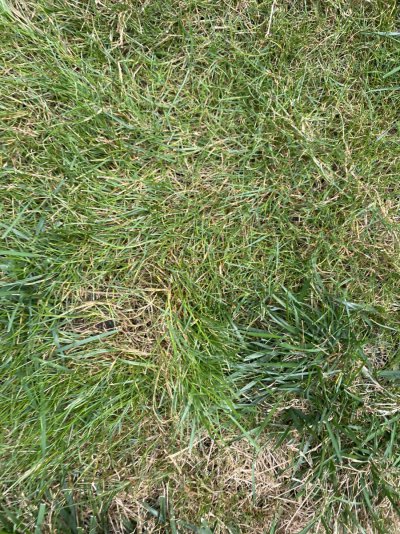 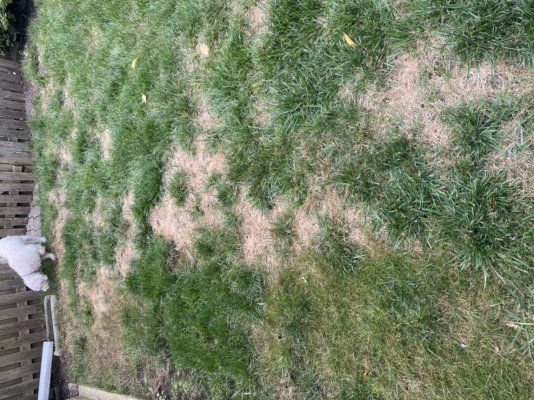 Sure it’s not grub damage?

Looks like you have a couple of problems there. First the bare yellow spots look like grubs. Those clumps of really coarse grass is another issue. But problem is you probably can’t fix that issue now. Always remember, a healthy lawn is the best weed control. Fix the grub issue first and get all the surrounding grass healthy then attempt to fix those clumps 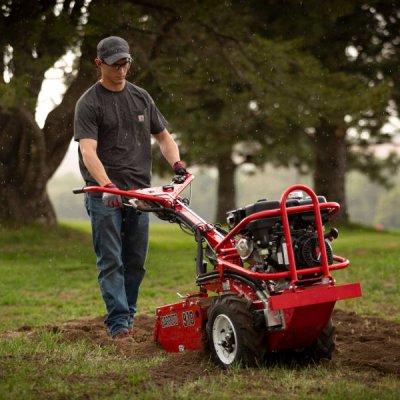 Is your dog a girl or boy 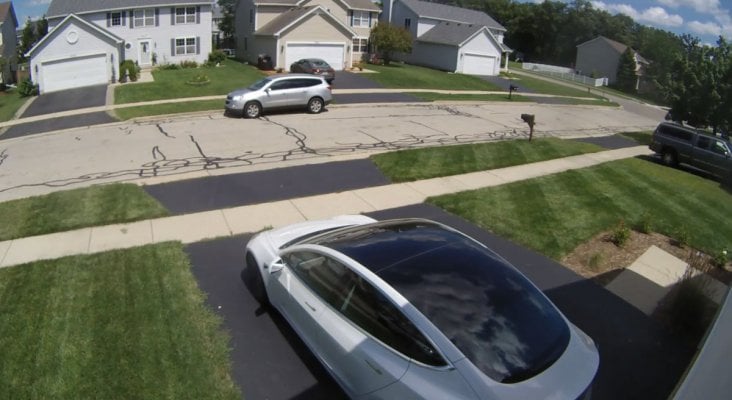 Dr. Jimbo said:
Is your dog a girl or boy

That doesn’t matter. It’s if you feed them shit food or not

Stink Star said:
That doesn’t matter. It’s if you feed them shit food or not
Click to expand...

I fed both my dogs the same thing, yet my male dog always left spots similar to that.

jason05gt said:
Lawn bros I need some advice. The north side of my lawn looks like this. I was told it was bent grass. What should I do to kill it? I applied Tenacity last fall and it didn’t seem to do much.

I see a dog there. I know they like to pee in the same area normally. That takes a toll on lawns as well. My brother in law and sister in law just moved into their new house about a month ago and a big section of their grass looks like that now due to the dogs peeing on it.

The other picture is weird. I actually looked up some information and found a video basically explaining that is a totally different type of perennial grass mixed in with what you have now. The only way to really get rid of it would be to cut it out/kill it and then seed over.
You must log in or register to reply here.
Share:
Facebook Twitter Reddit Share Link
Top Bottom