DC should just stick to batman every few years
Click to expand...

Mook said:
Don't these people ever fight during the day?
Click to expand...

Bru said:
Imagine what it would look like if they couldn't hide poor CGI in the dark.
Click to expand...

agree 1000%....that's one of the reasons BvS sucked too. Shitty story line, nasty weather that was the same in every damn scene, and mediocre graphics
OP

Patiently waiting for Captain Save a BvS.

After BvS I thought they may go with the injustice story. I mean the whole flash scene pretty much spelled it out. "Lois is the key" "you were right about him".
OP

Not even the actors in this shit universe have faith in it.

Looks like Superman’s mom doesn’t think he’s the most special boy in all the world, or at least shes’s not that impressed with his superpowered friends.

When asked whether the Justice League movie will blow Marvel’s The Avengers out of the water, Diana Lane simply said: “No.”

In an appearance on Watch What Happens with Andy Cohen Live, Lane was asked by a viewer whether she could spoil any secrets about the upcoming superhero crossover, as well as whether Justice League will be better than The Avengers, which continues in 2018 with Infinity War.

“No and no,” Lane replied. “Short but honest. I hate to disappoint.”

Lane, who plays Superman’s mom Martha Kent, joins a growing list of Man of Steel actors who’ve poured salt on the wound that is the DCEU— barring Wonder Woman, which we hope is the shining light in a sea of meh. Laurence Fishburne (who played Perry White in Man of Steel) previously admitted that Marvel is kicking DC’s ass, and Amy Adams (Lois Lane) seemingly brushed off the fact that she was in the upcoming film last year.

Justice League comes out November 17. Ma Kent will presumably check it out once it comes to Netflix or something.
Click to expand...

Too too much. And some of that cg looks awful.

Sucks after they killed it with the Wonder Woman movie they're going right back to the same stuff, hopefully it's not as bad as it looks.

BADAZZTEALCOBRA said:
Sucks after they killed it with the Wonder Woman movie they're going right back to the same stuff, hopefully it's not as bad as it looks.
Click to expand...

The big problem is that the flash, aquaman, cyborg, no one gives a shit about them. I certainly don't.
OP

Oh and I guarantee the surprise at the end is green lantern. He's on the promotional shit at conic con

Mook said:
Oh and I guarantee the surprise at the end is green lantern. He's on the promotional shit at conic con

Do you know which one they're showing?
OP

This might be unrelated but this is the promo poster at San Diego Comic Con. 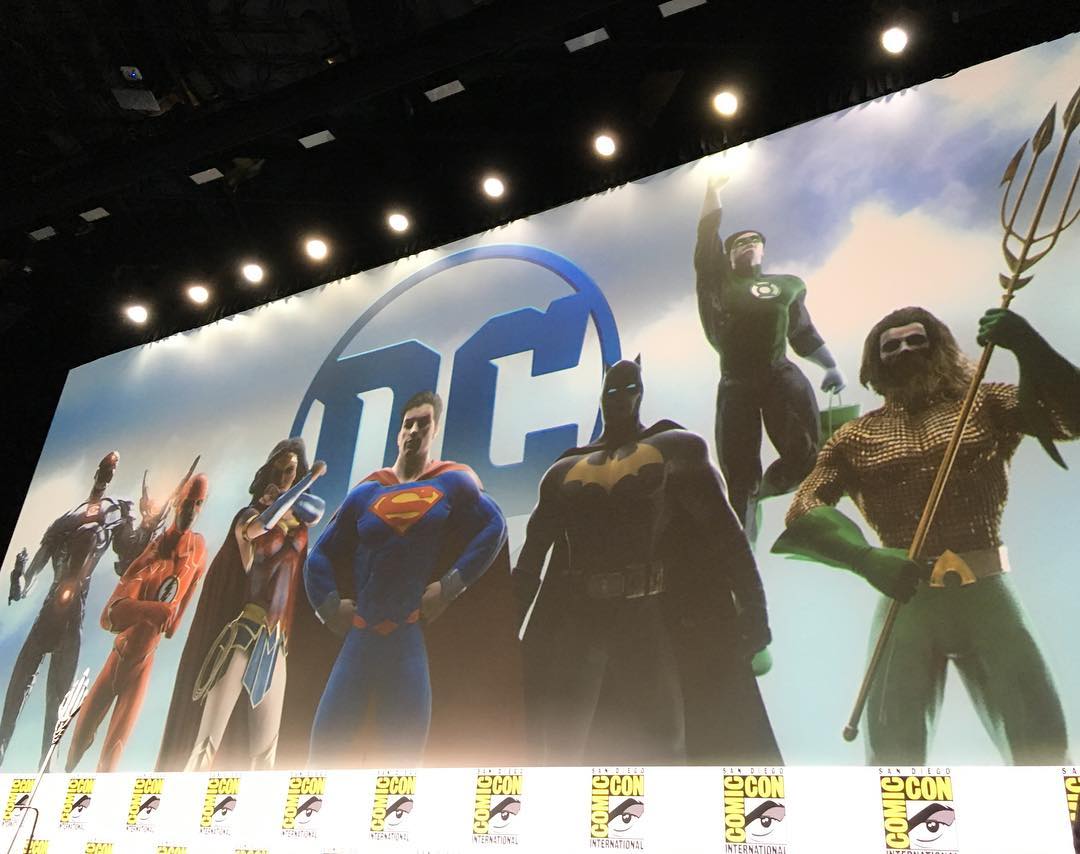 Now that I'm thinking of it, the "surprise" at the end is Superman. I think you very very briefly see a cape at the bottom rightish of the screen before it ends.

I think with every trailer, i care less.

I would agree that is Superman at the end, especially since it says All In.

blakbearddelite said:
I would agree that is Superman at the end, especially since it says All In.
Click to expand...

I bet it's where superman comes back in all black.

The only good thing I have heard about this ongoing fiasco of a movie is getting Joss Whedon involved. I wonder if even he can save it?

Maybe it's the Martian Manhunter
S

I see no one else gave a shit about this either