Howd this thread get off the first page 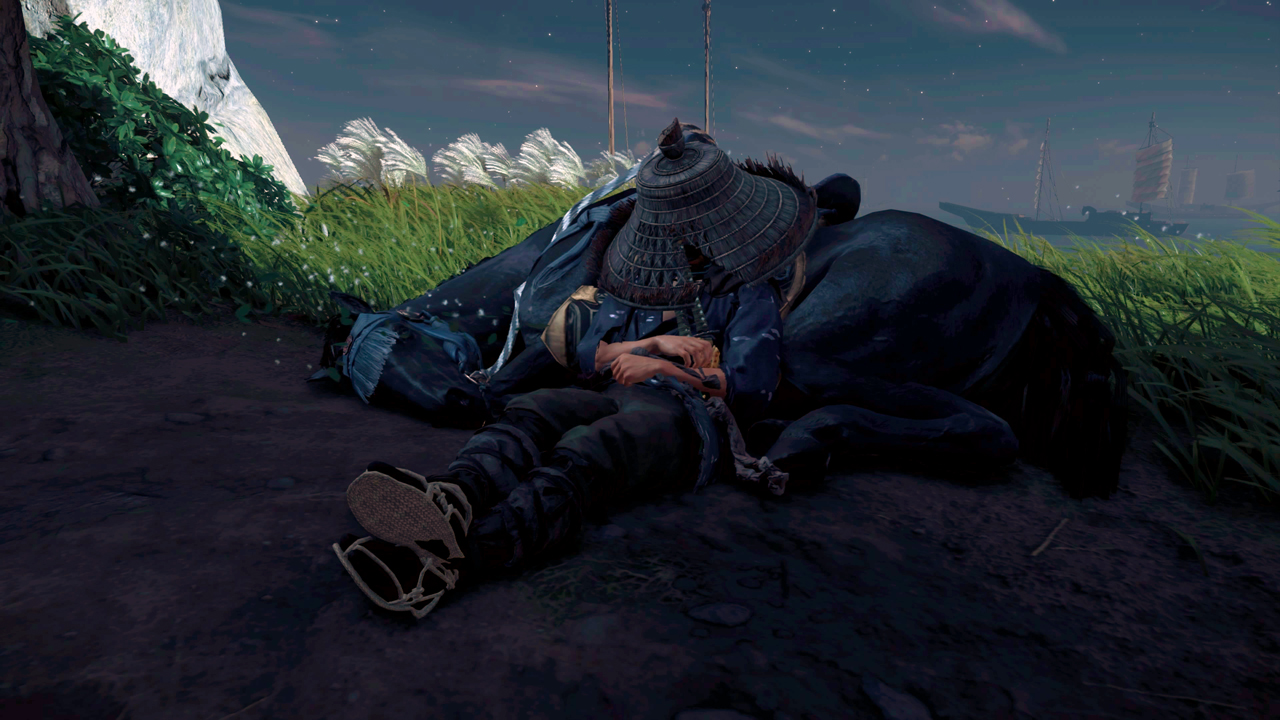 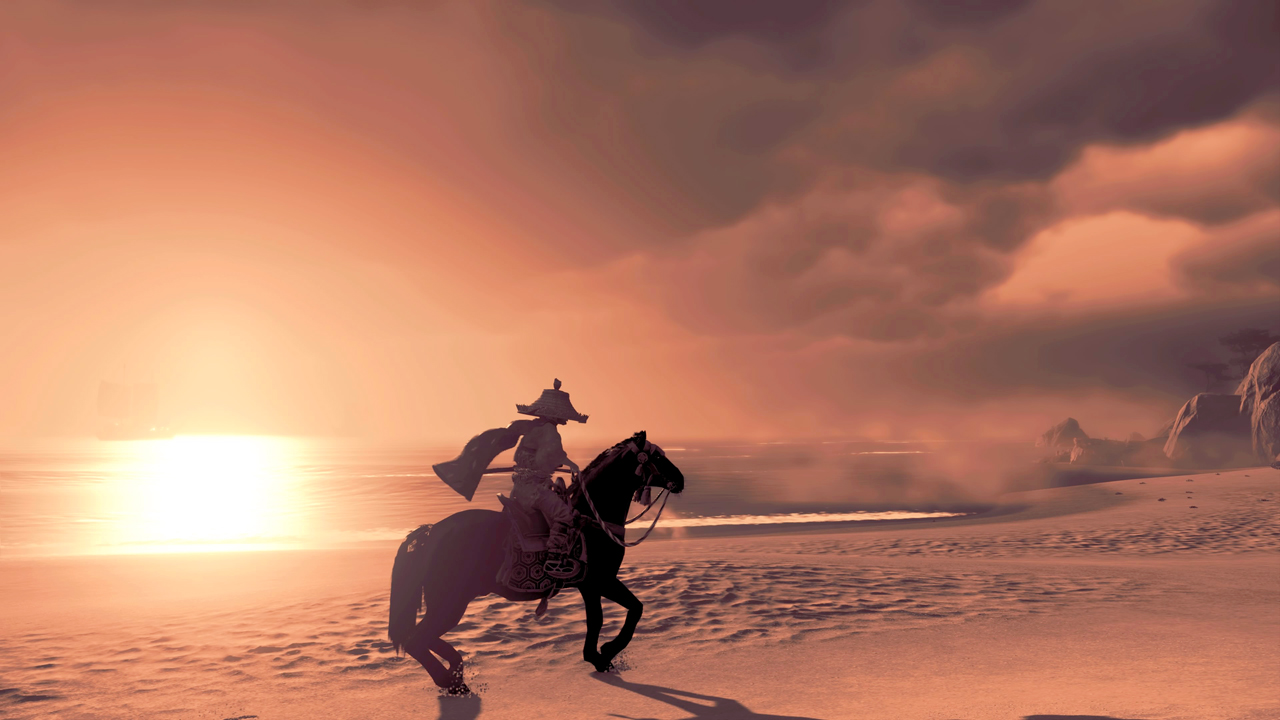 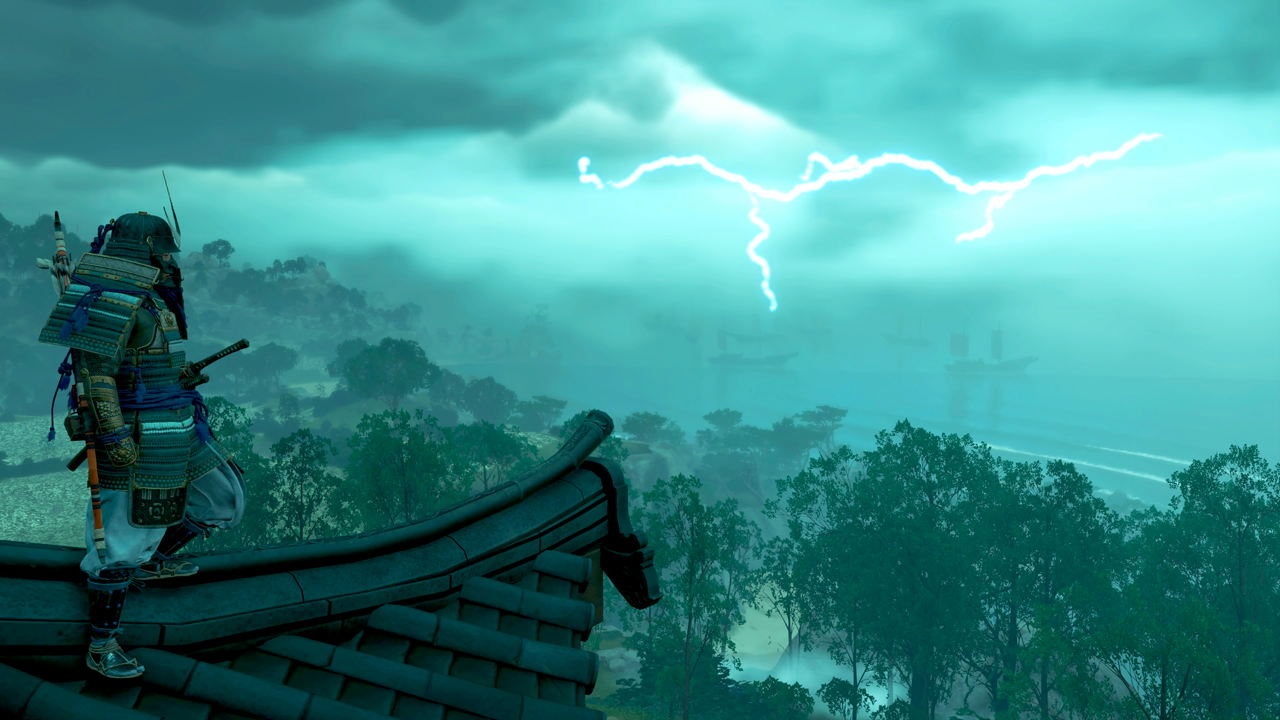 Because it's just you and me playing it.
OP

I need to upload more pics from the game. Its a shame Sony made sharing screenshots such a fucking pain in the ass. 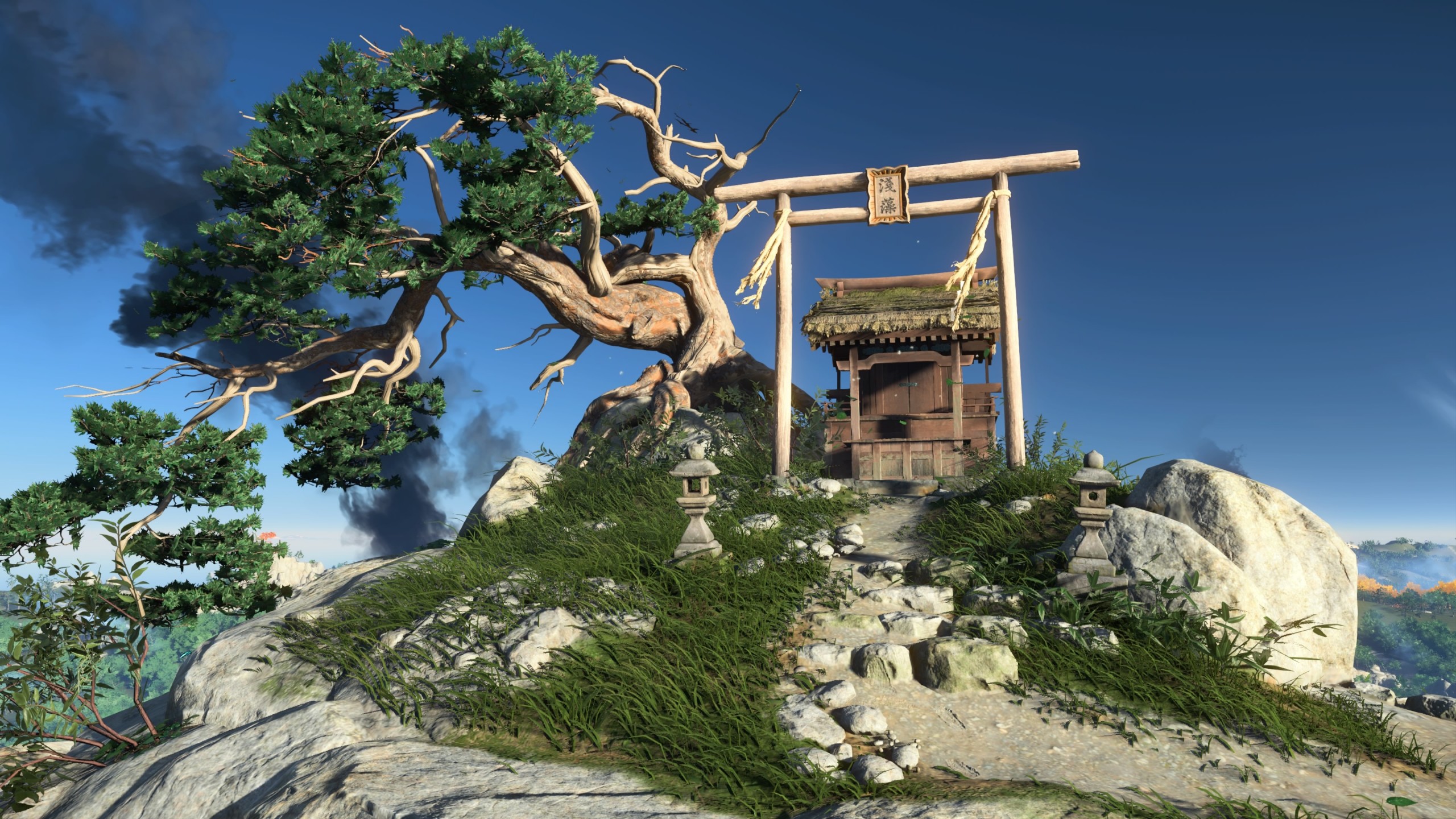 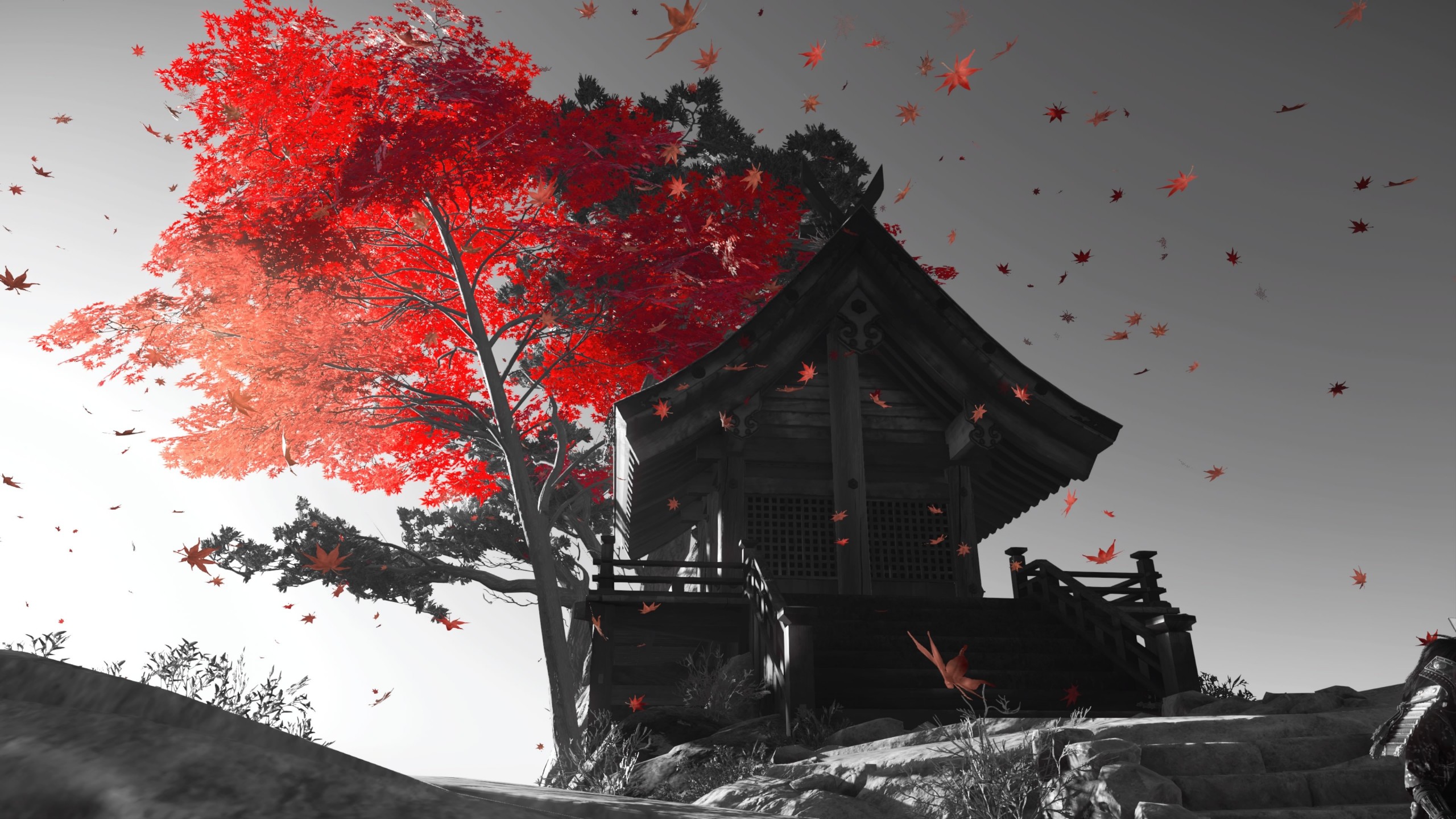 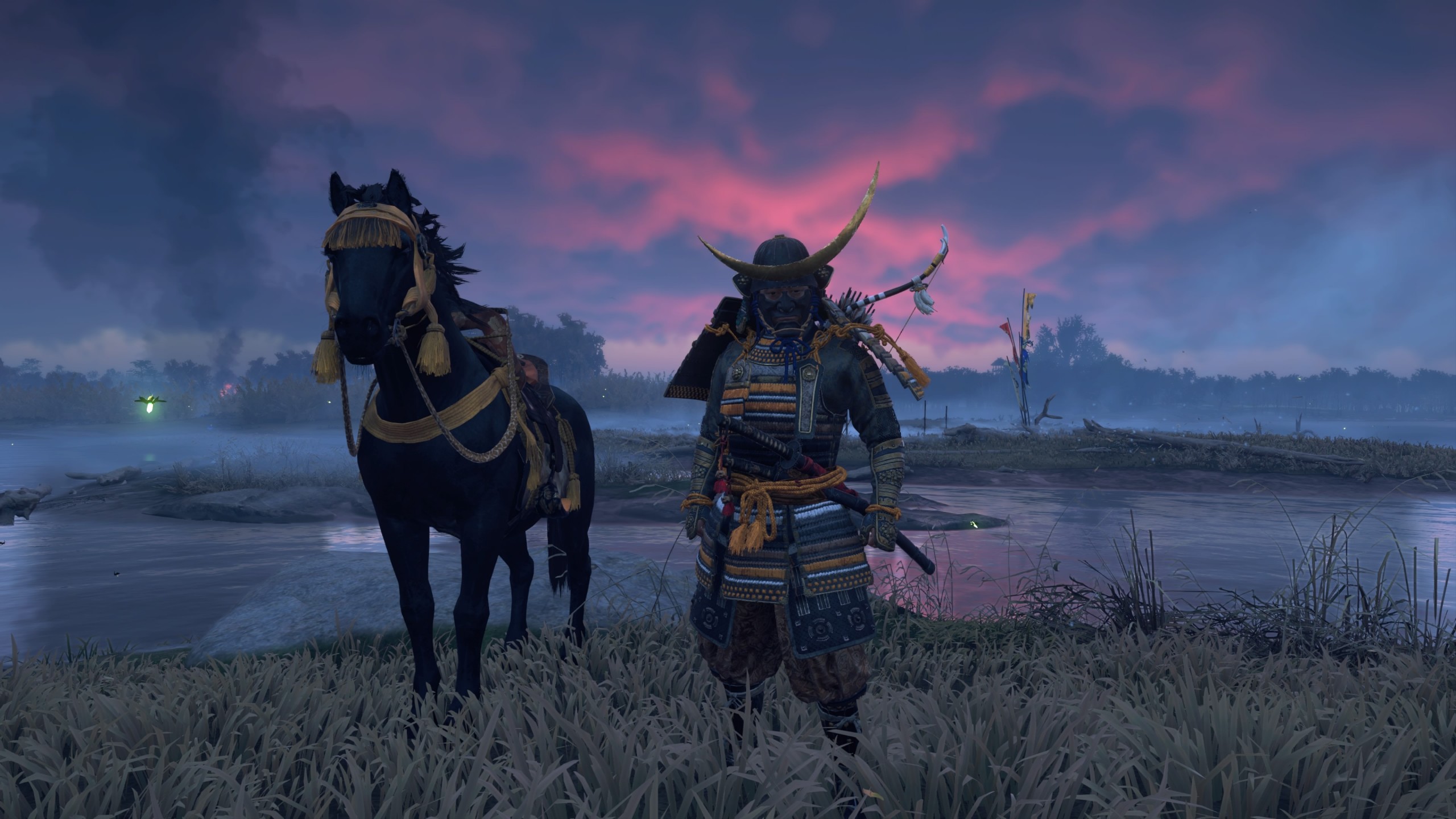 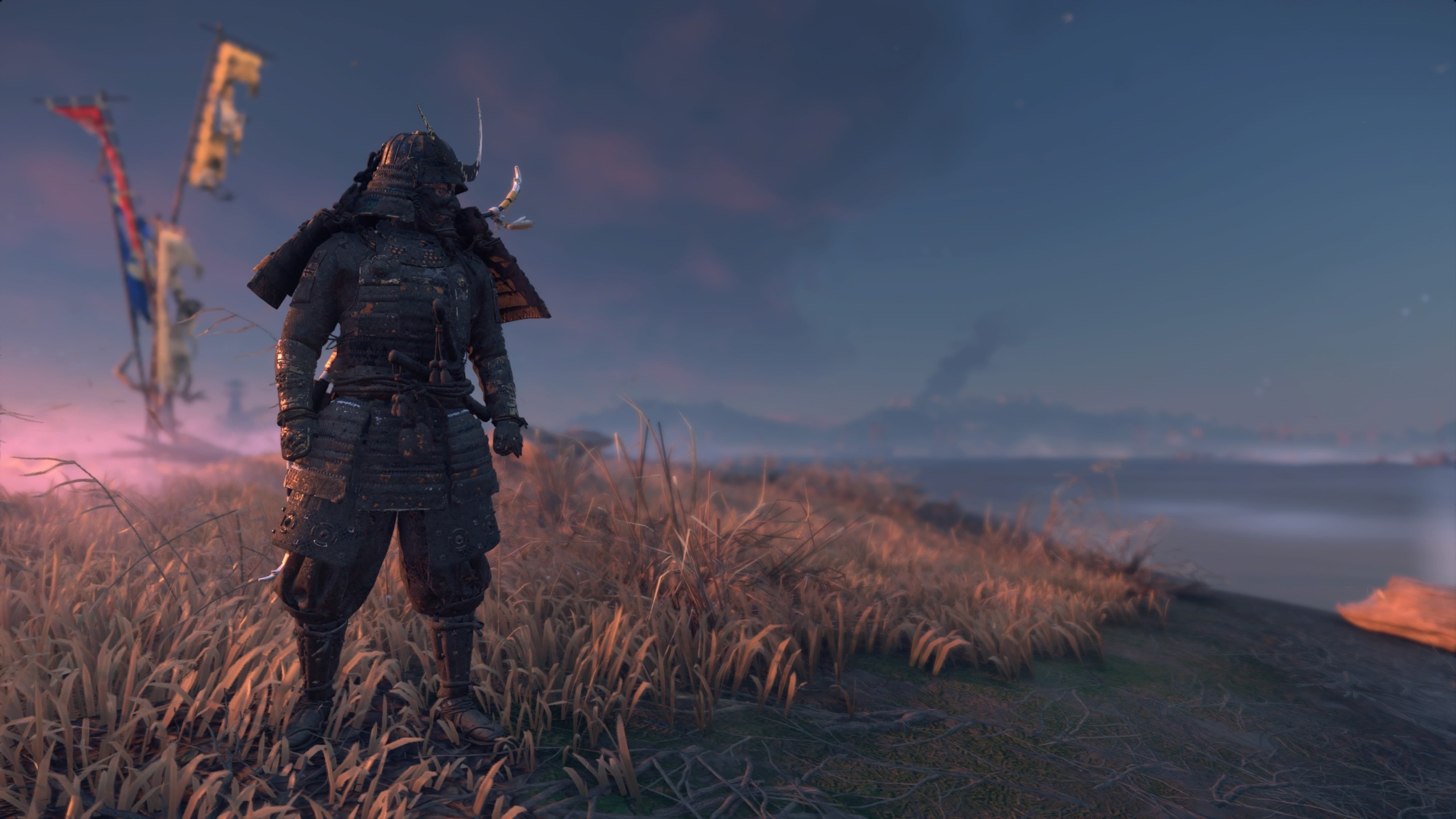 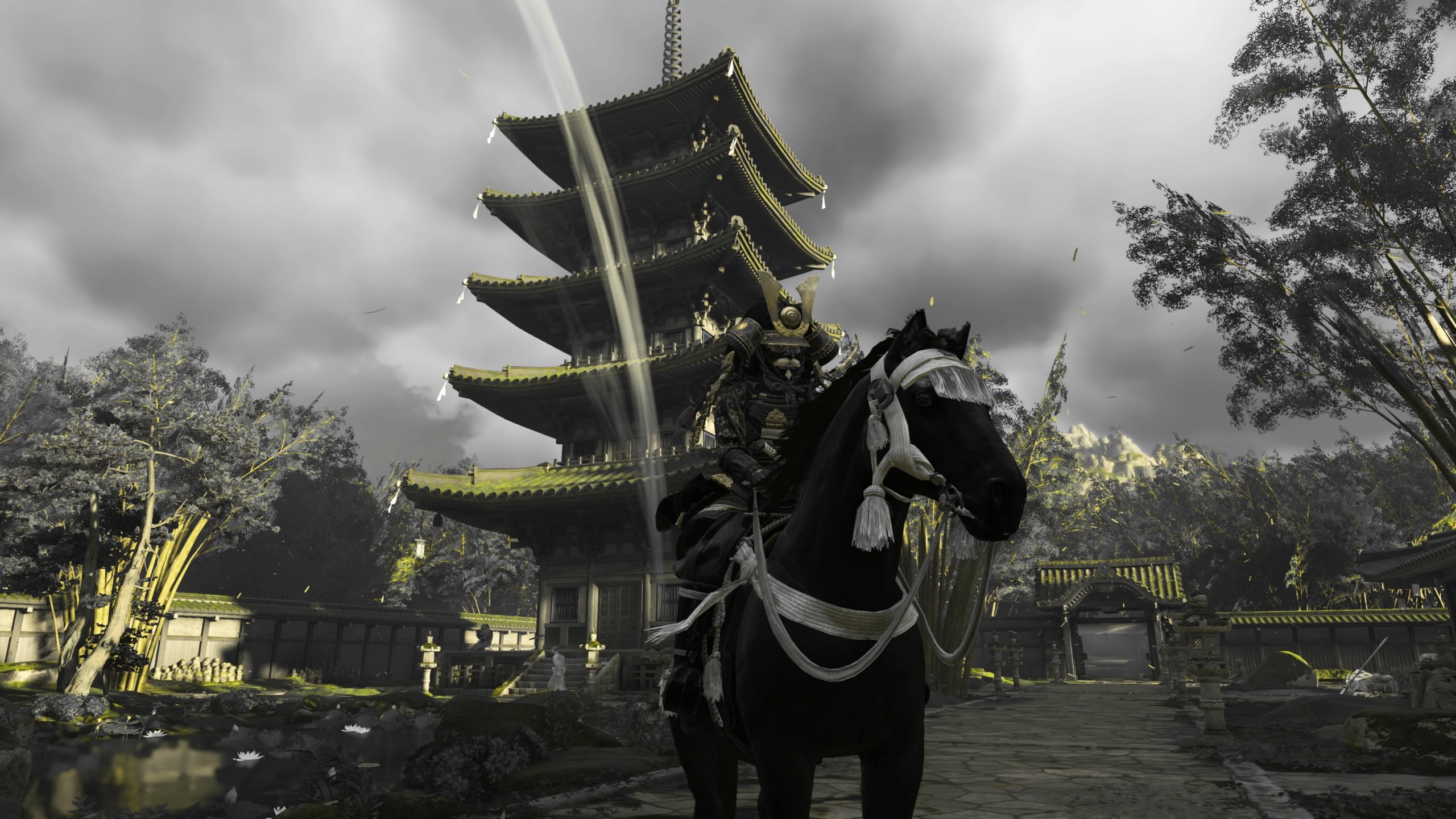 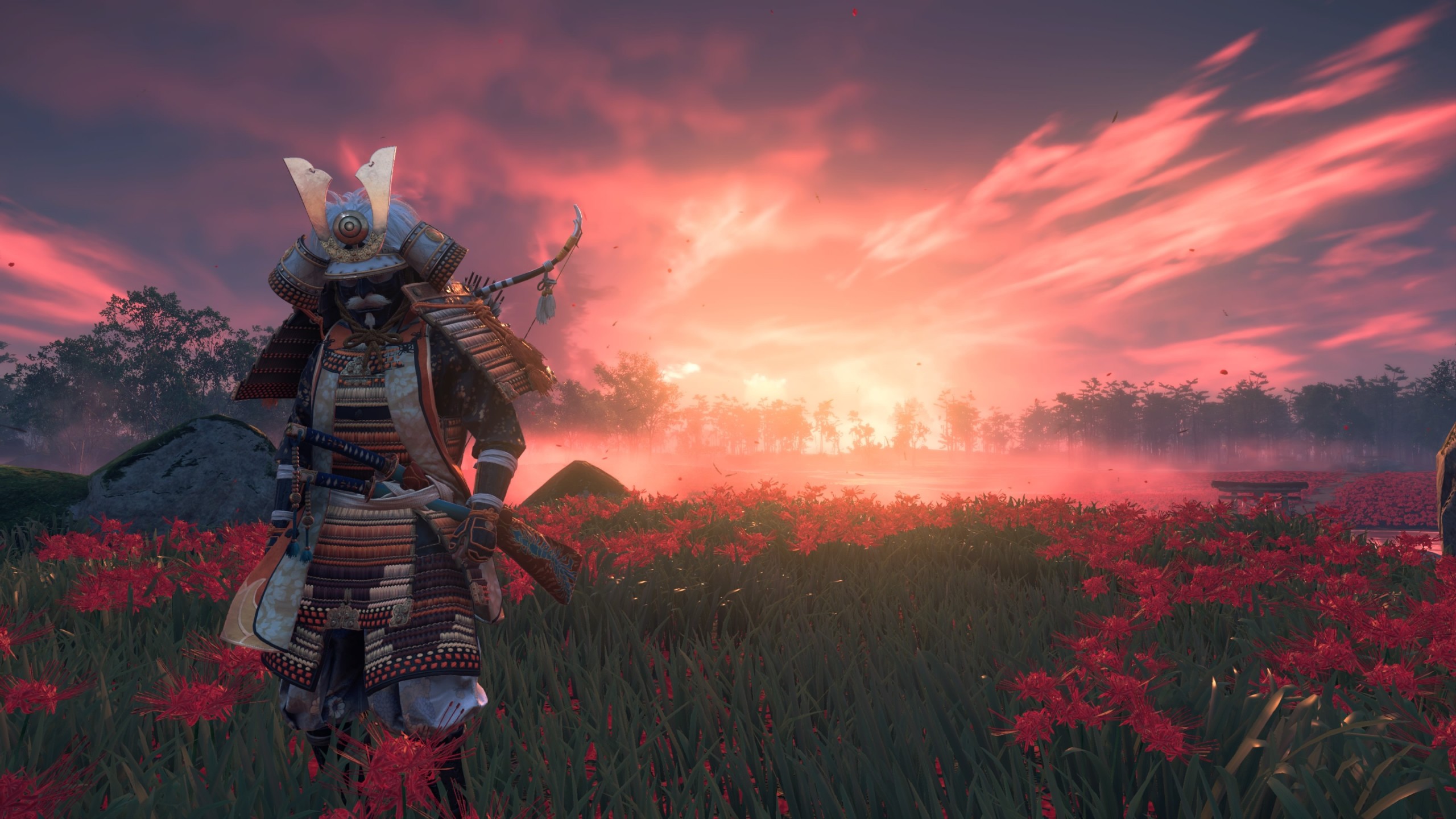 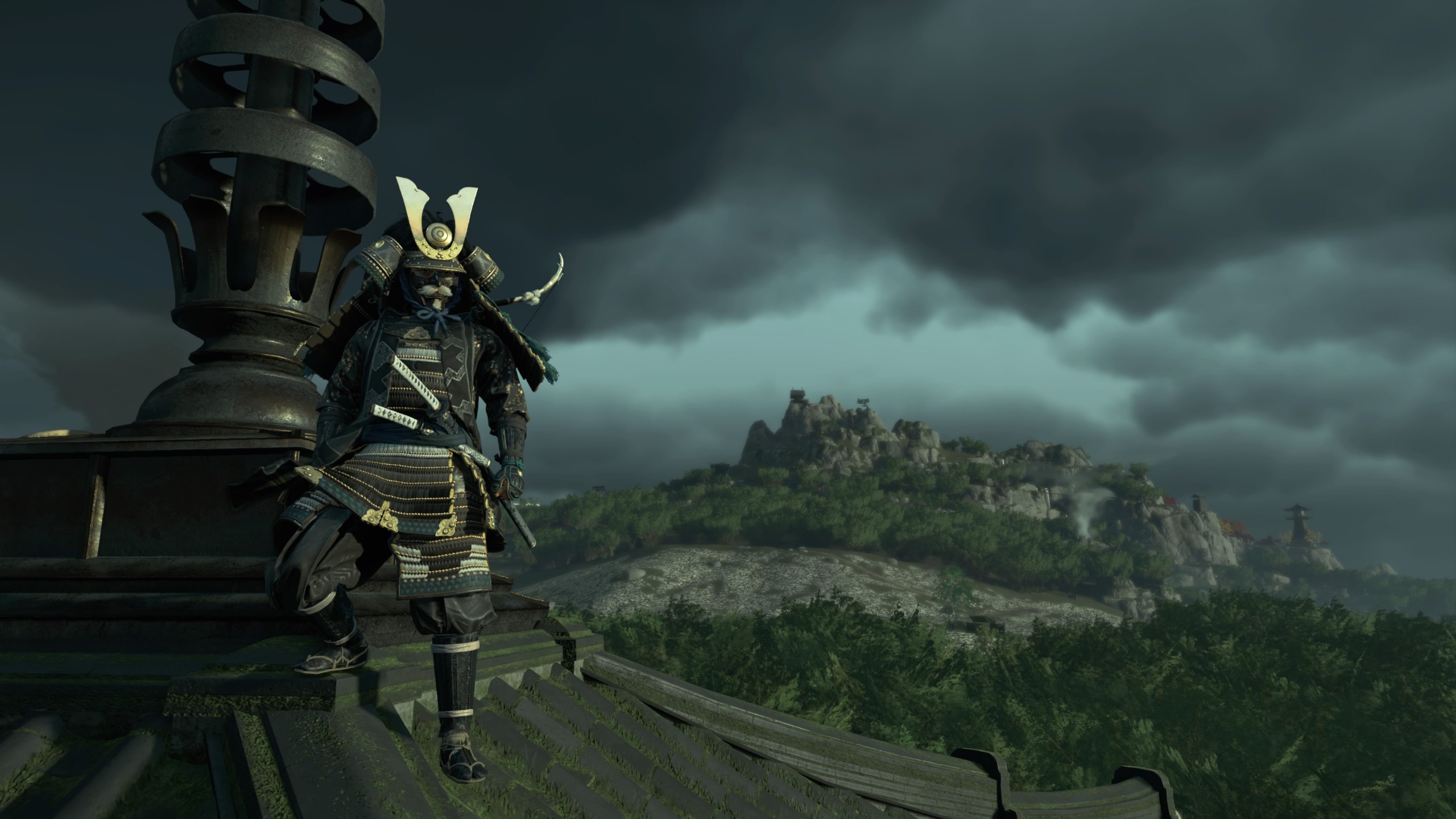 Now I can finally do 3 Standoffs!

Just attacked a logging camp. Jesus I did not realize how many people were going to be in there. I was literally surrounded by people on all sides. My eyes were darting all over the place looking for the next person that was going to make a move, also while listening for the archers so I could block their arrows. I was sweating after that one.

Been trying to make my way south all day just so I can do some more story quests. Still havent made it Must eat something now.

So I'm gonna go ahead and say it...this is (for me) the best game to release on PS4....it tops Spider-Man for me. I'll probably go even further and say no game on Xbox can touch it (singe player at least).

This is so polished and just so damn good. I really think this my favorite game from this generation. I can't think of anything else I enjoyed playing THIS much. I'm sure I'm forgetting one.
OP

Even tho im STILL very early in the game (story progression wise), this game has already far exceeded my expectations. I was worried this game wouldn't live up to the hype of the trailers, but I can say now there was no need to worry. It definitely lives up to the beauty that was portrayed in the trailers, but it plays fantastically as well.

I did experience my first "glitch"? earlier tho. I was on my horse riding into a farming village, and he sorta got a mind of his own and just started galloping around in random patterns, and I couldnt control him and I couldnt get off either. Had to restart a checkpoint
OP

I know they said the weather is effected by how you play, and if you use more ghost tactics it tends to rain more. But I rarely use any ghost tactics, and it seems to be raining all the fucking time. good thing I have my flute.

Second island seems to have shit weather. I'm also a total fucking savage tho so maybe it's that.
OP

Man these logging bases are huge. I just straight up slit so many mongol throats. Its pouring now

So I do have one growing problem with the game. The "weather adapting to how you play" is fucking stupid. It rains ALL the fucking time in this game now. Maybe thats just how the 2nd island is but if its not, its a dumb system. The beautiful graphics are basically ruined b/c its always overcast and raining. Whats worse, is the game FORCES you to play like an assassin a lot, but spends the entire game's story telling you shouldnt. So you're penalized for playing like the game needs to be played at times. Getting tired of using my flute to make the game nice to look at.
OP

I get a lot a rain and I havent been playing that way a lot so far.

I do like what theyve done with update 1.06 tho. When you wear the travelers attire now and are near a collectible item, in addition to the controller vibrating you will now see a large firefly that will help guide you to it. Cant wait to try that out.

Maybe it just rains a ton on the second island.
OP

I just realized I have a bunch of pics I forgot to post. will have to do that later
OP

I just launched an explosive arrow at a pack of wild boar.

That is NOT what I intended to do. 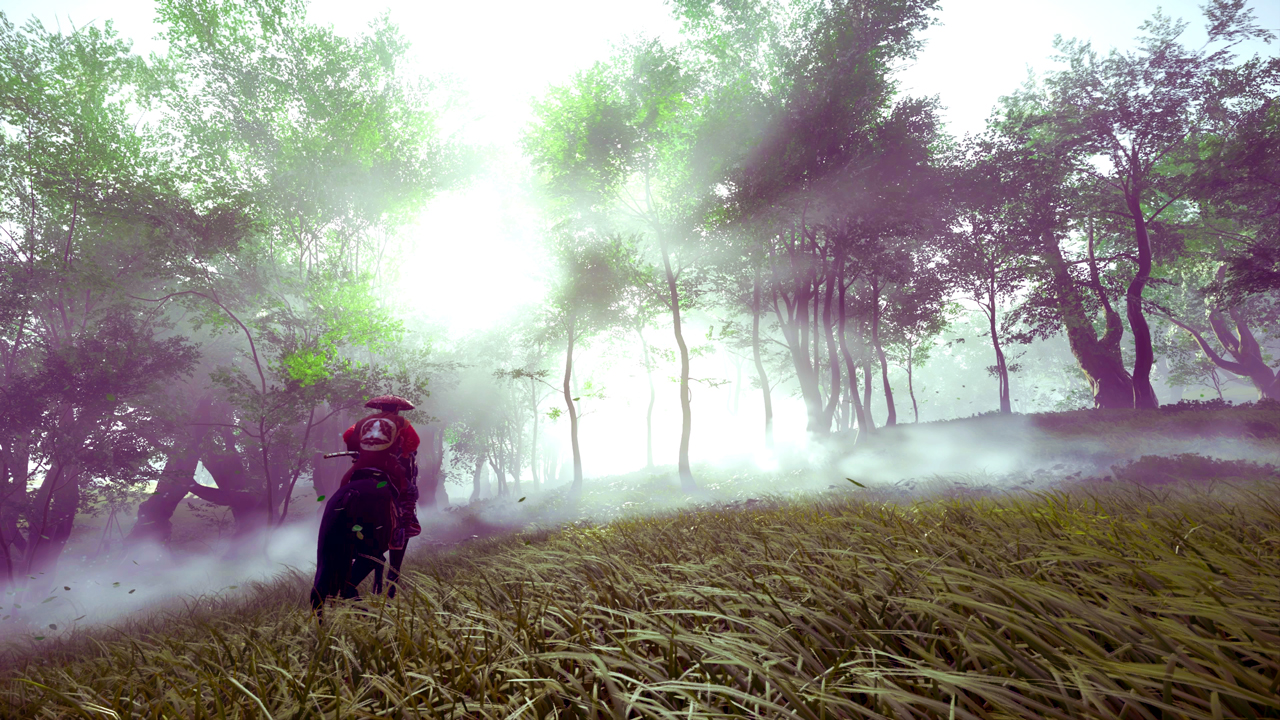 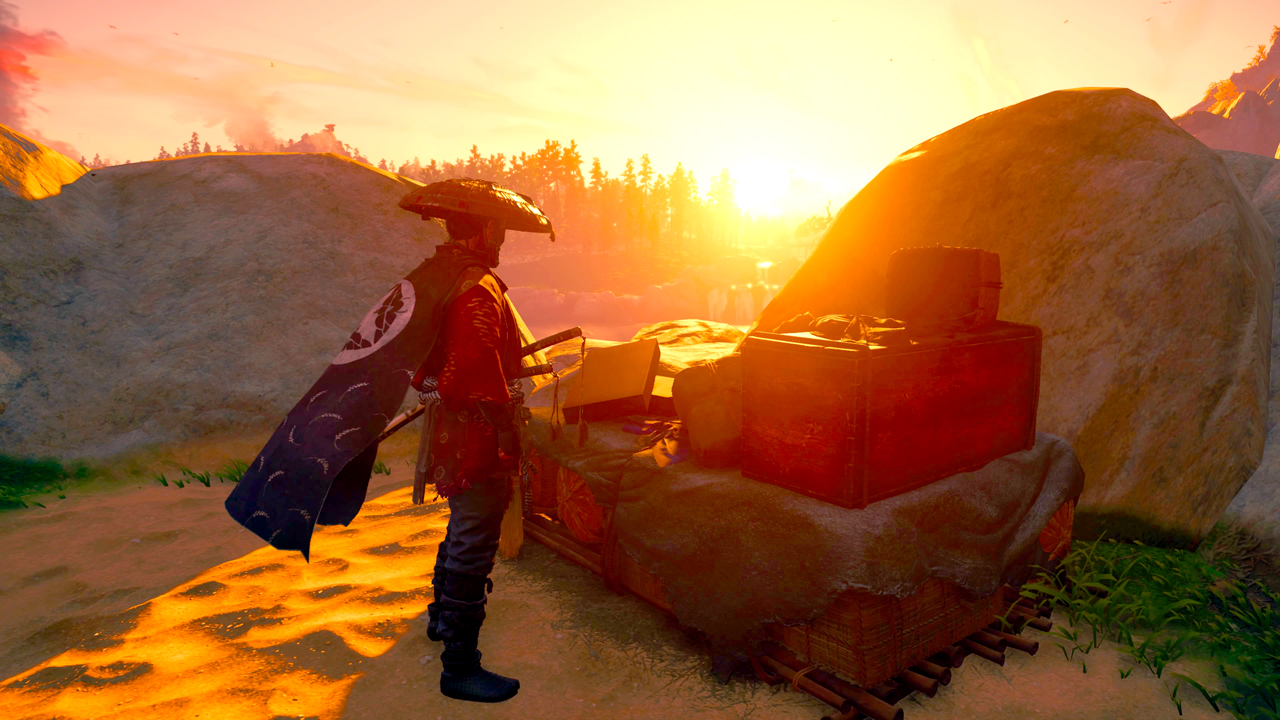 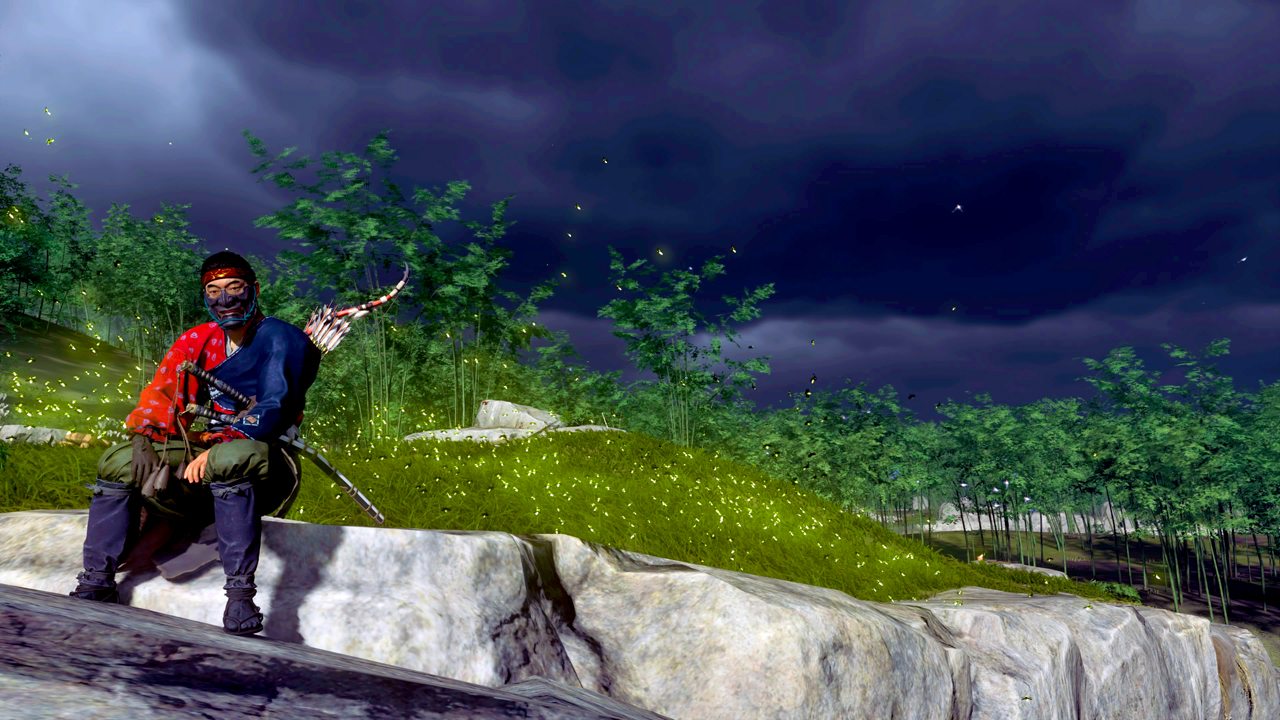 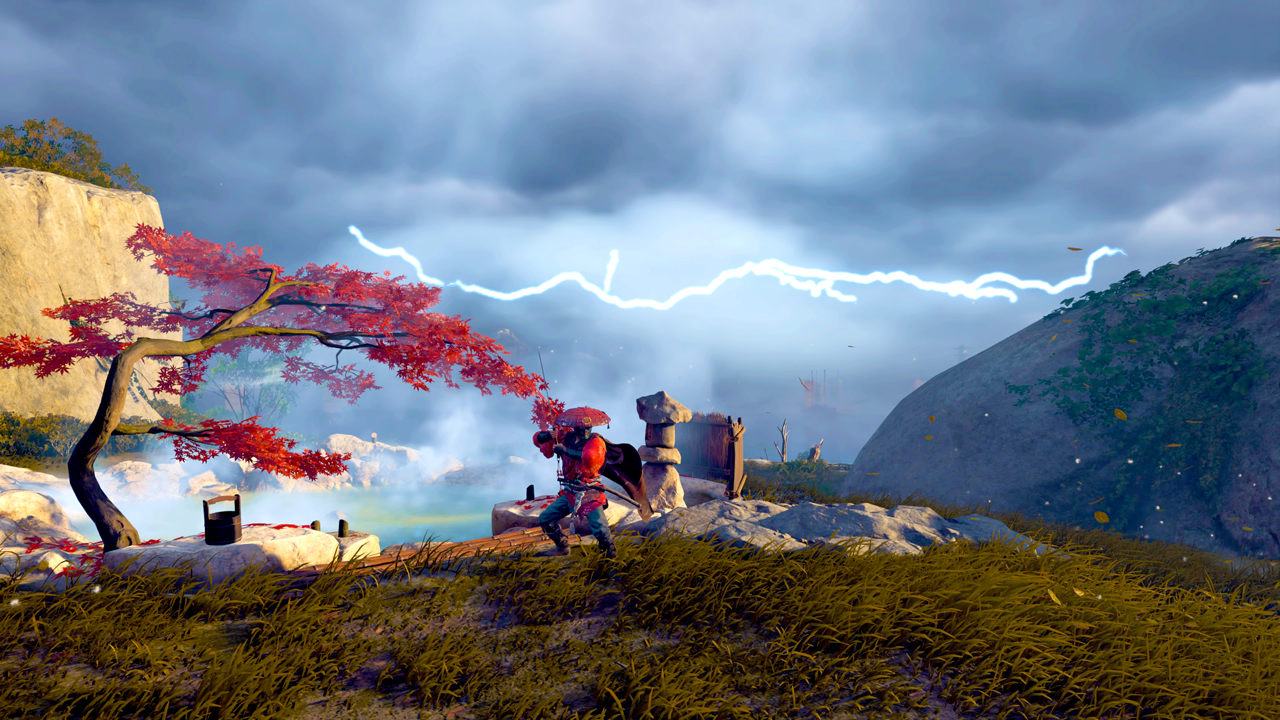 And some 1 on 3 standoff action. Well. More like aftermath. 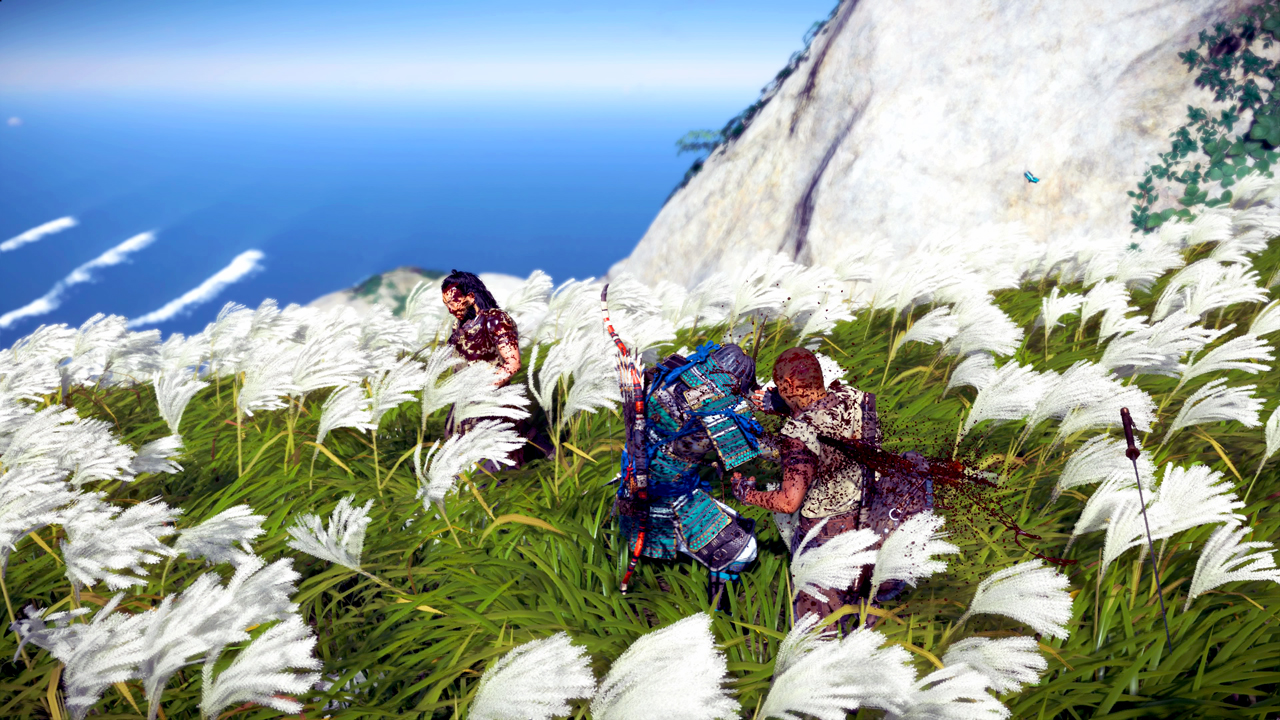 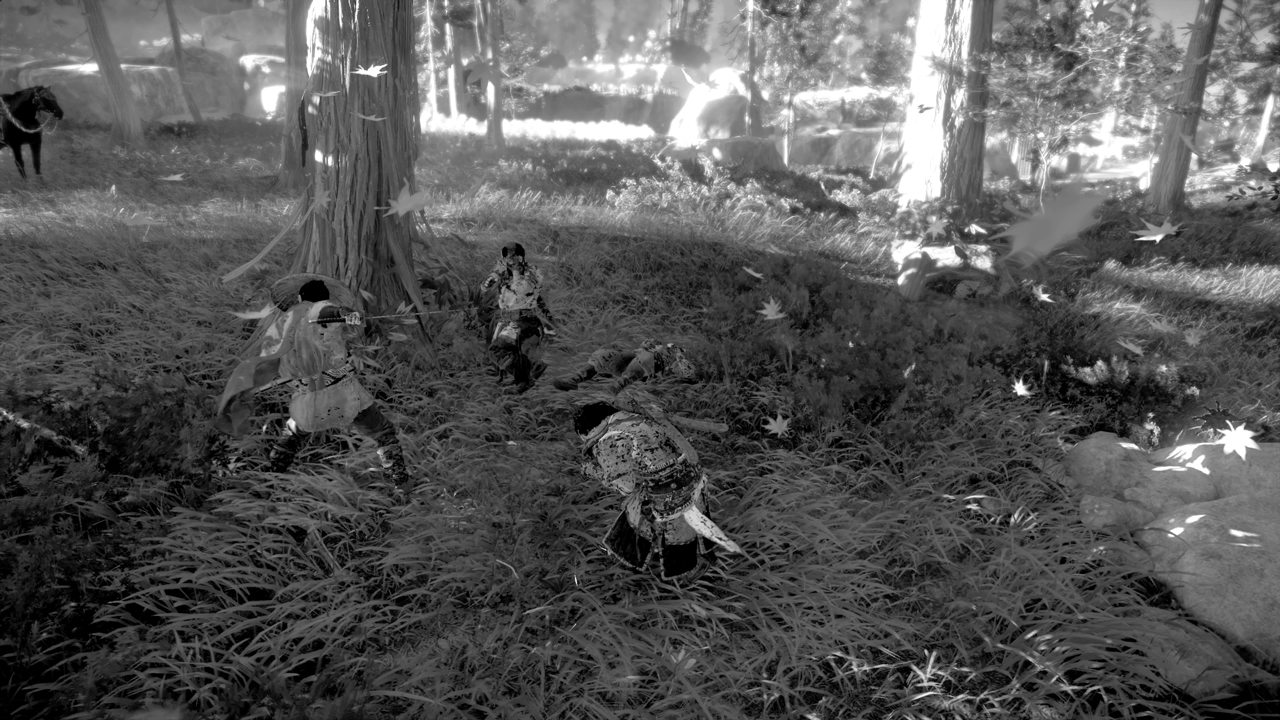 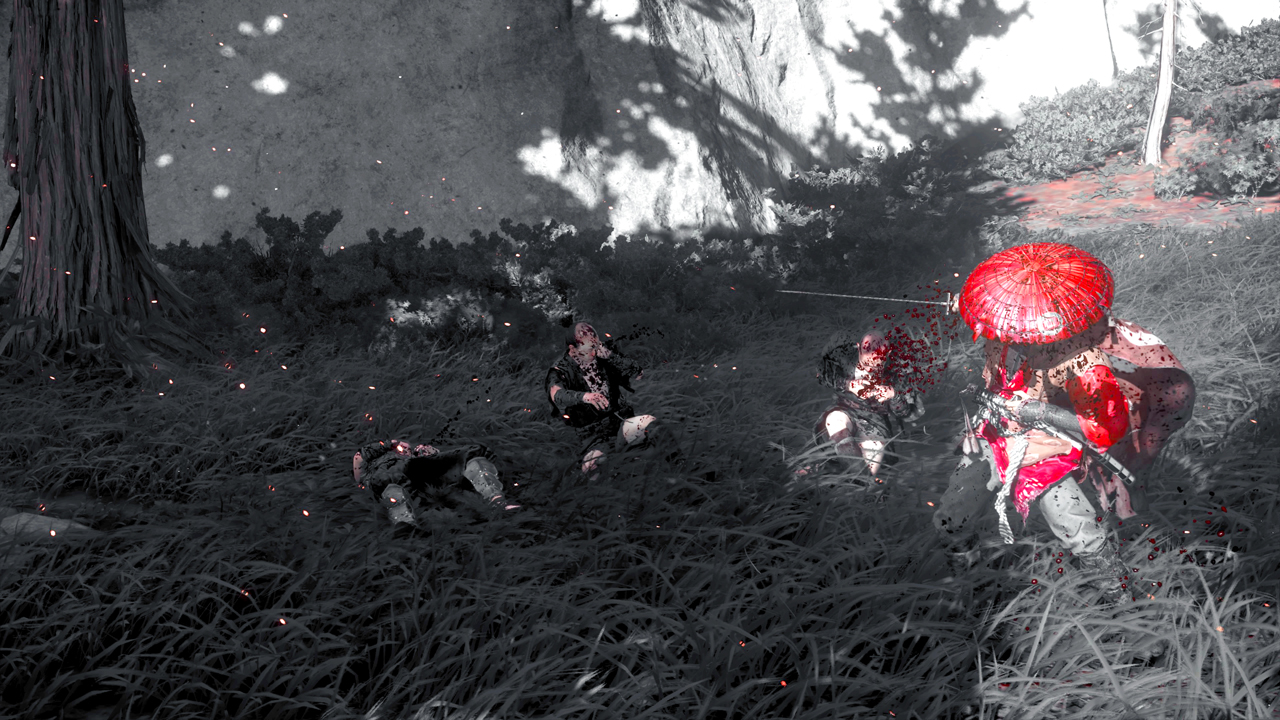 I have yet to get lighting in a photo. Even when you manually set it to thunder and never keeps lightning on. Annoying.
OP

You have to turn off the animations for photos so it will freeze frame, and then you have to try really hard

Aaaaaaaand Im finally into Act 2. And the game has just opened back up in a massive way Good lord. That'll do for tonight. The siege on the castle at the end of act 1 was fantastic. Tho I was very disappointed by 1 thing. There was a particular weapon that was brought up during the siege that I never got to see used.


When the word "hwacha" came up, my eyes lit up. One of your allies is charged with staying w/ this weapon and using it against the mongols. Ever since mythbusters did a thing on this weapon I've wondered what it would have been like. 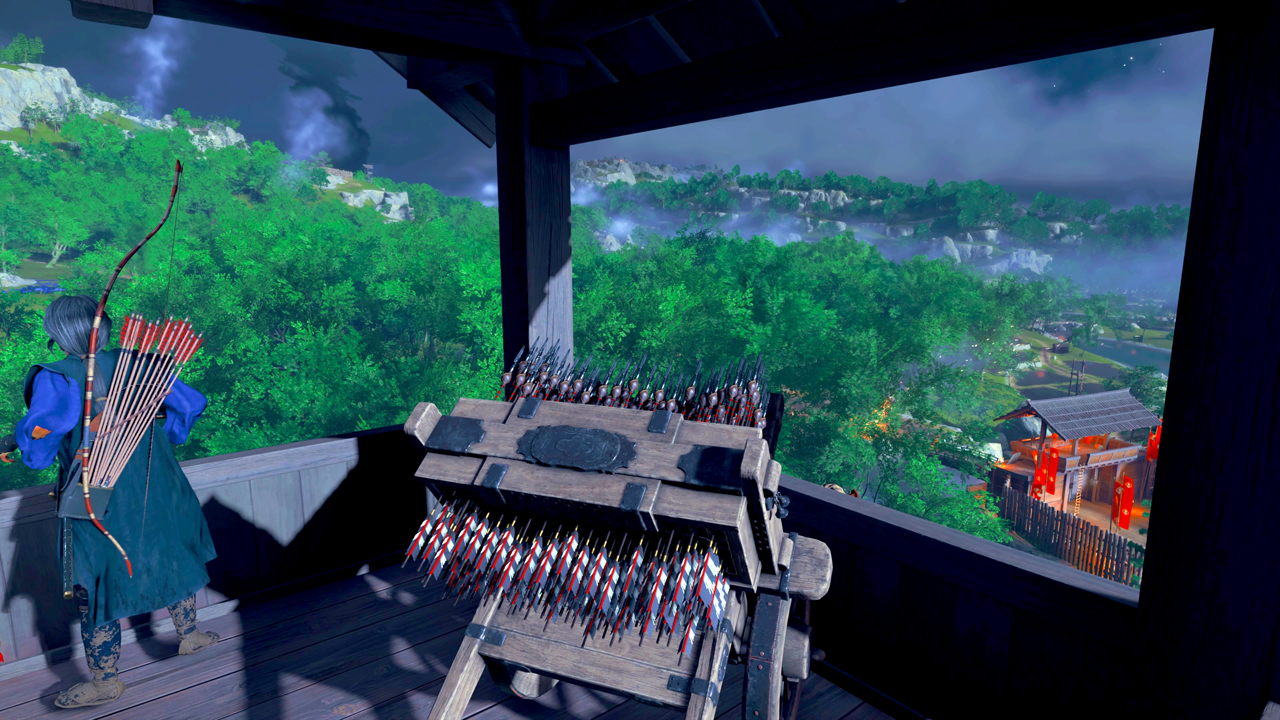 But nothing ever came of this. Not sure if it was my play style of just storming everything and killing everyone in plain sight. But I was sad nothing came of this.
Other than that the end of Act 1 was great. The dramatic moments were shot beautifully, and with the soundtrack it was just like any great samurai movie. Now begins the act of unfogging map 2, and going back to map 1 to clear out areas that were previously unoccupied, but now require my attention.

I will say I am glad Im playing this game after last of us 2. That game hardened me in so many ways Many of my habits formed in that game have carried over to this game, such as scavenging every square inch of every area for useful supplies that I just cant leave behind.

I don't remember ever seeing that screenshot during the act 1 finale...
OP

After she climbed up the tower I followed her and snapped that pic, cuz I wanted to see it.