Yeah. I'm probably going to keep that one for the time being. It's pretty rusty (rockers/cab corners) but it has low miles. Already has Western Ultramount truck side mount/wiring as well. I need a truck that can tow until my 7.3 comes out of storage. That was supposed to be the Yukon until I found the rust damaged/broken frame. This will most likely replace one of the two plow trucks here, and the one being replaced will go up to Hayward to use around there.
TS
TS

I didn't expect my 6.7 to sell nearly as quickly as it did. I'm DDing the 320k mile Yukon right now because it's all I've got that runs/drives and doesn't have a plow hooked to it.

Ranger trans should be done early next week and I can get that back together and start driving it.
TS
TS

I kinda want to buy this, leave it totally stock and see how long it would last. This is upcoming stuff in a live auction in Charolette, NC so everything is pretty damn nice.


How long is a supercrew longbed truck.
TS
TS

21’ give or take a bit. Same wheelbase as a Crew/Short I believe.
TS
TS

Looks clean. Does it run?

Man that stock front bumper looks goofy they way they mounted it to run the winch.

Looks like she's got a really leaky CAC.
TS
TS

Man that stock front bumper looks goofy they way they mounted it to run the winch.
Click to expand...

Yes it says runs/drives. Leaves a lot up for interpretation though usually lol.
TS
TS

Man that stock front bumper looks goofy they way they mounted it to run the winch.
Click to expand...

I don't hate it. They have those little black filler pieces there as well, I'd probably just paint match those to the tan.

North Carolina. It better be 100% rust free lol, that's the only reason I'm interested at that mileage.
TS
TS

Here's that Chevy I won Tuesday. I plated it and will be my DD for now until the 7.3 comes out of storage and probably still after that. I don't really NEED it, but, my blue '93 Chevy has a pretty sizable rust hole in the frame right behind the plow mount so this will be its last season working, so I'll retire it and use this as my new primary plow truck and my 97 F250 can become the backup.

Rockers and cab corners are rusty. Don't give a shit.

I didn't take any pictures right after I got it, first two are after cutting off some weird steel mounting plates on the back bumper that tied into the top of the bed rails, removing all the sticker residue on the doors and fenders and getting rid of all the rust stains on the paint with CLR. 3rd picture is with the headache rack gone. The reflective sticker squiggle lines on the bottom are a MOTHERFUCKER to remove, I did it once on a past truck I bought from this company, so, I'm just leaving them on here. They kinda distract you from the rust anyways lol.

I bought a cheap pair of Kicker 6 1/2" speakers for the front doors (speakers are blown) and dash kit. Have a bluetooth head unit laying around I'm going to throw in. Have brand new 265's on the 3/4 ton alloy wheels as well I'm going to throw on here since the tires are pretty well used. That's about it. I just need a reliable truck to tow in the winter and for using to go get hay and barn chores so I don't fuck up the 7.3, that used to be the Yukon before the frame issue so this should do the trick just fine. 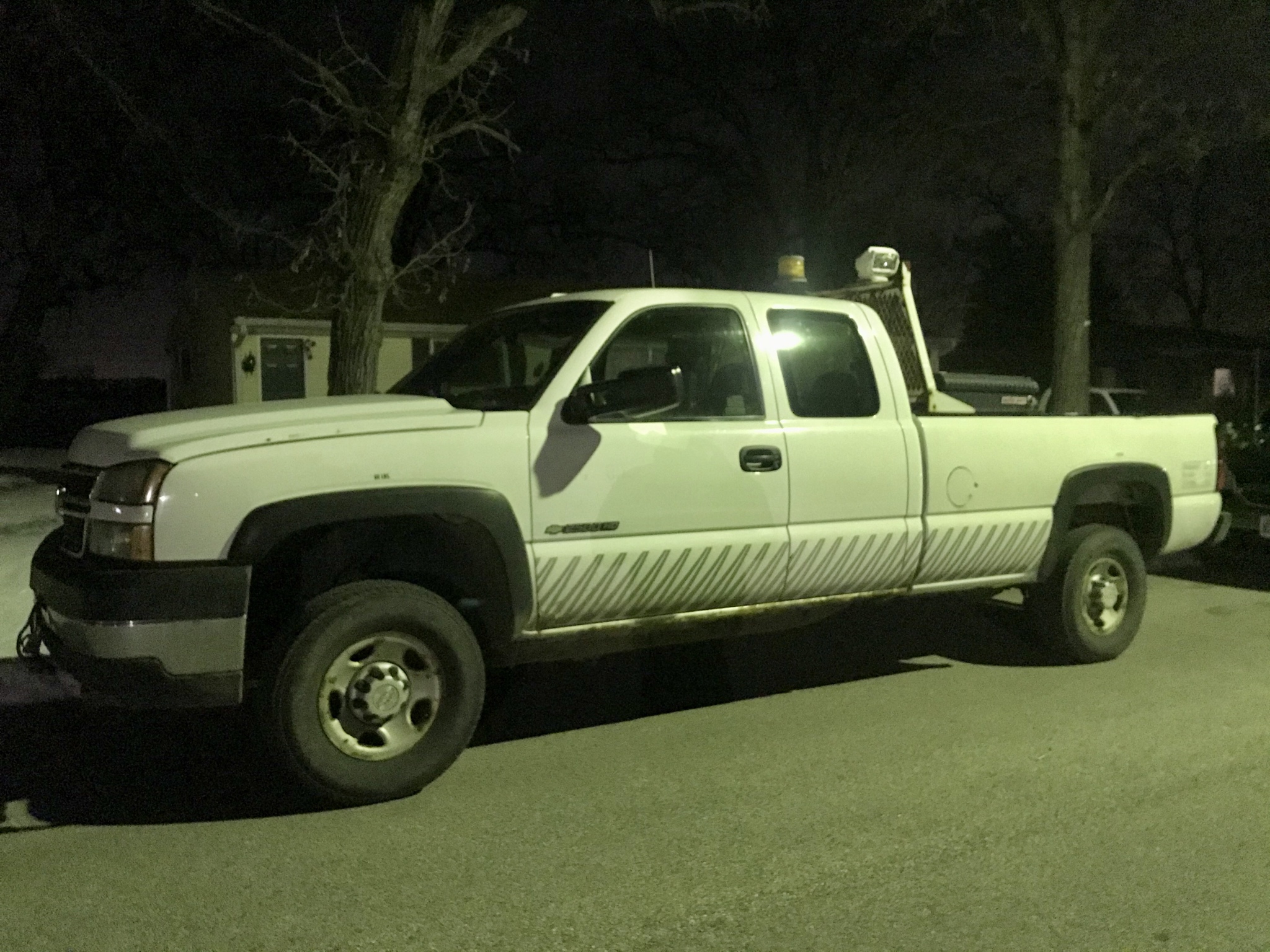 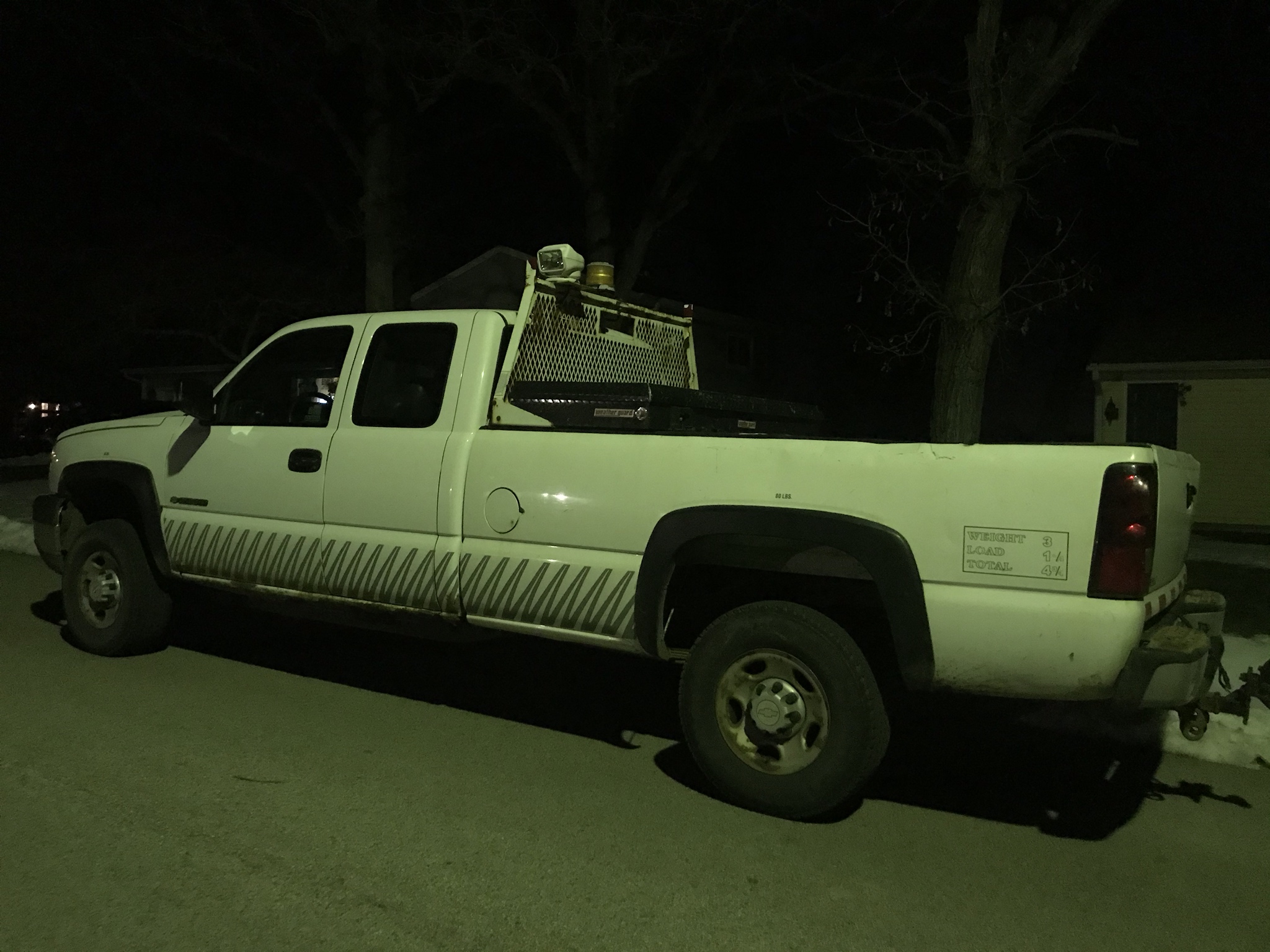 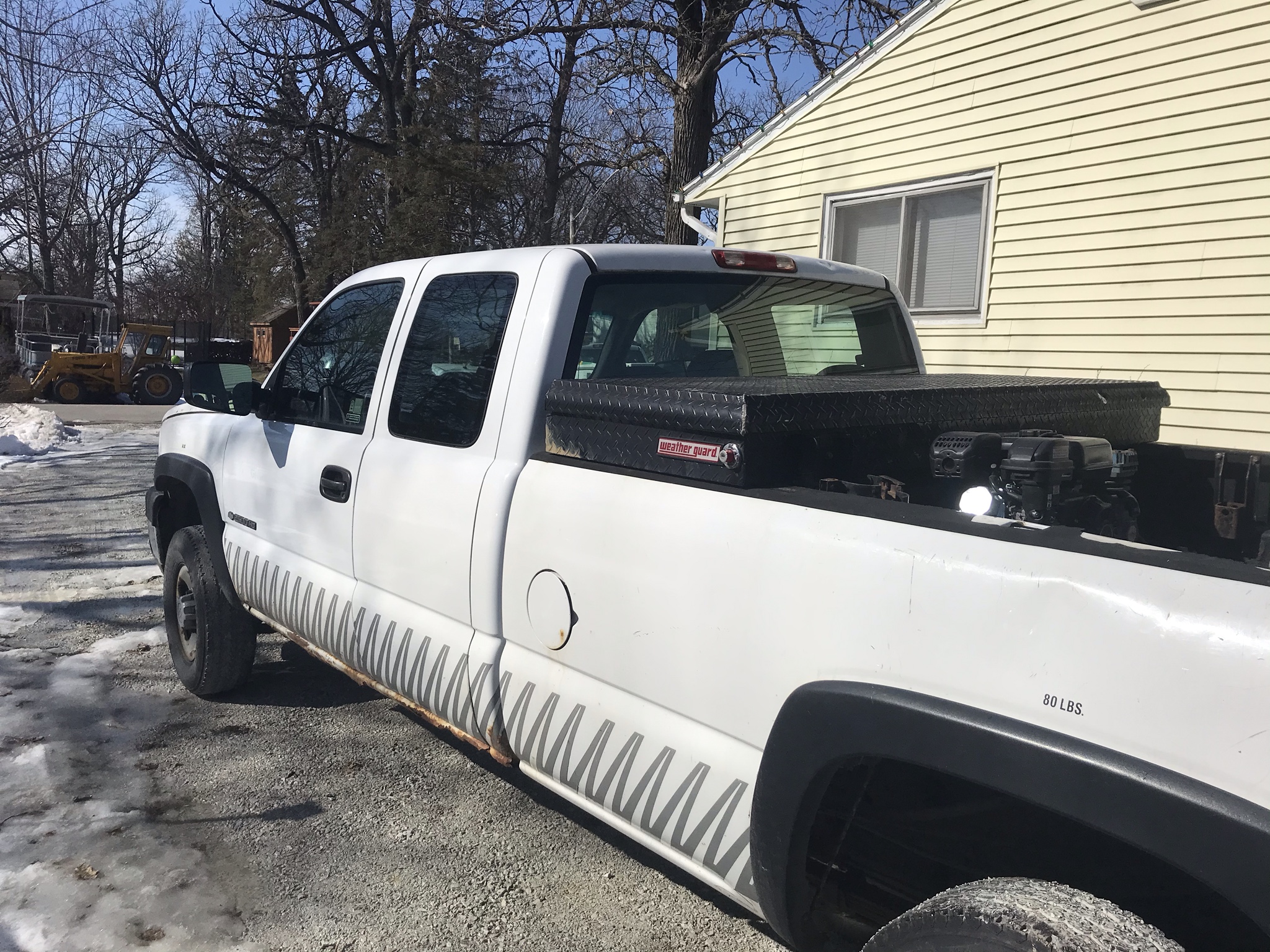 Another interesting thing about that one is it's a late 2006, has the different gauge cluster PRNDL from the 03-early 06 trucks as well as a completely different throttle pedal assembly. The drive-by-wire is FAR less touchy than that of the 2003-06 trucks, feels like driving a GMT900 as far as throttle response and whatnot goes. Very big fan. Never owned a GMT800 this new.
TS
TS

Another one for the super clean with all of the miles category. I always end up gravitating to trucks like this if I'm going to use them personally instead of flipping them. USUALLY, the end up being pretty damn well maintained, have had most of their major components replaced and end up going for dick cheap.

I'd rather buy this over the exact same truck with 200,000 miles that's been in the midwest for 9 years. At least when you go to replace the parts that are going to fail regardless you don't need torches. 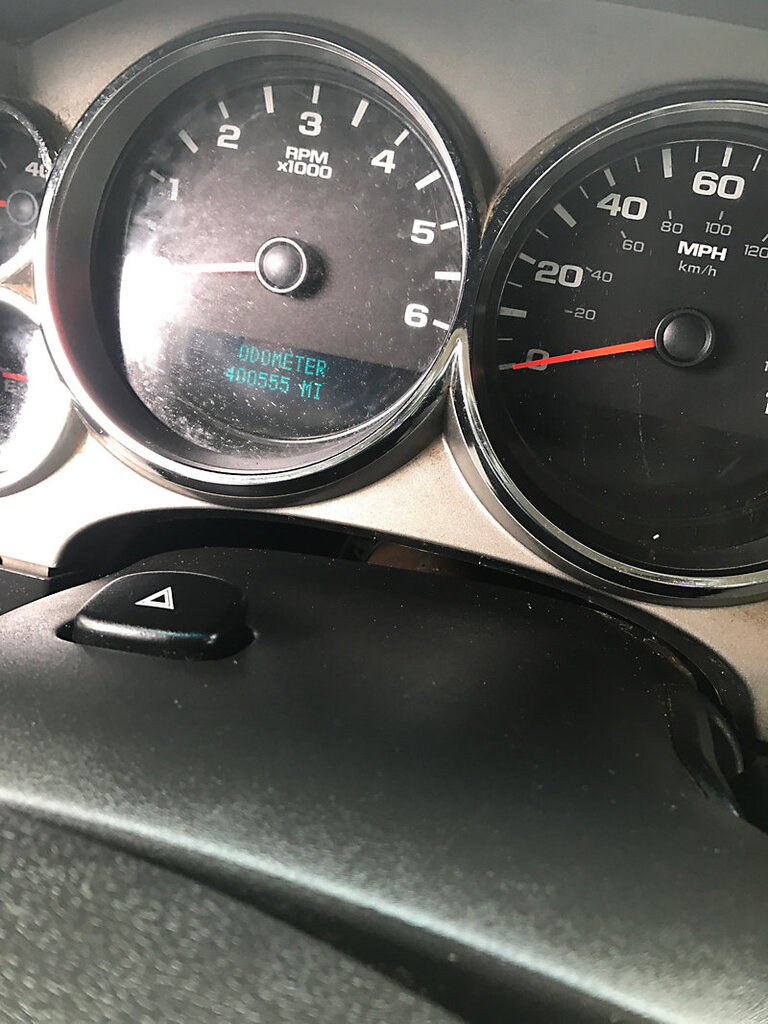 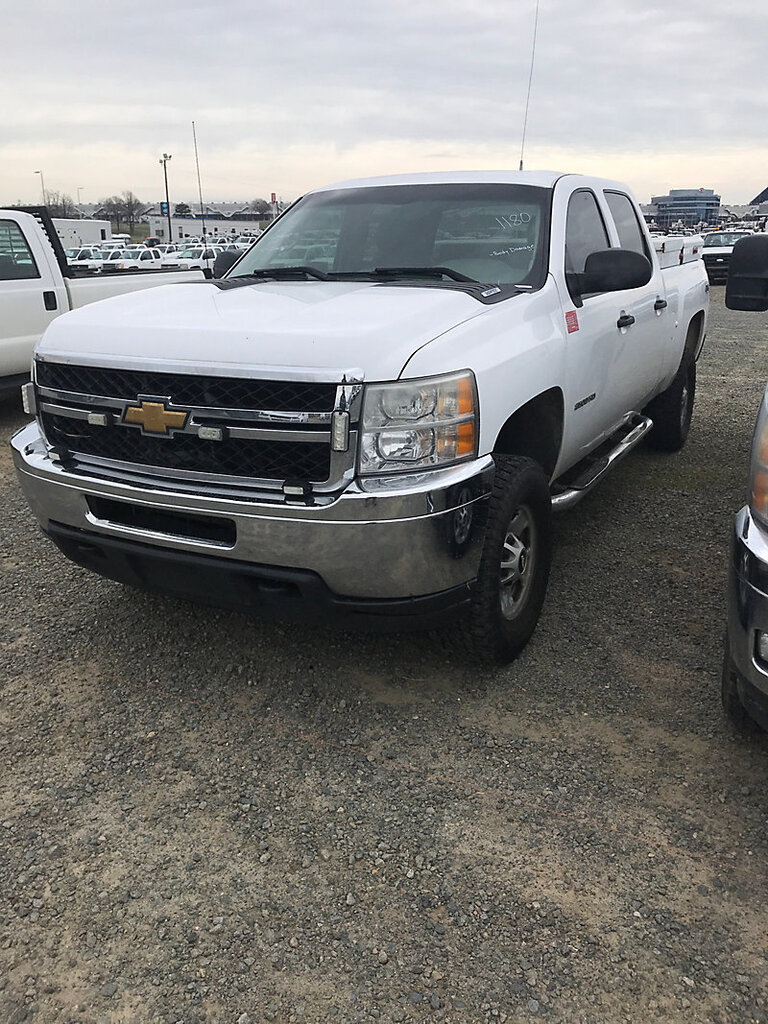 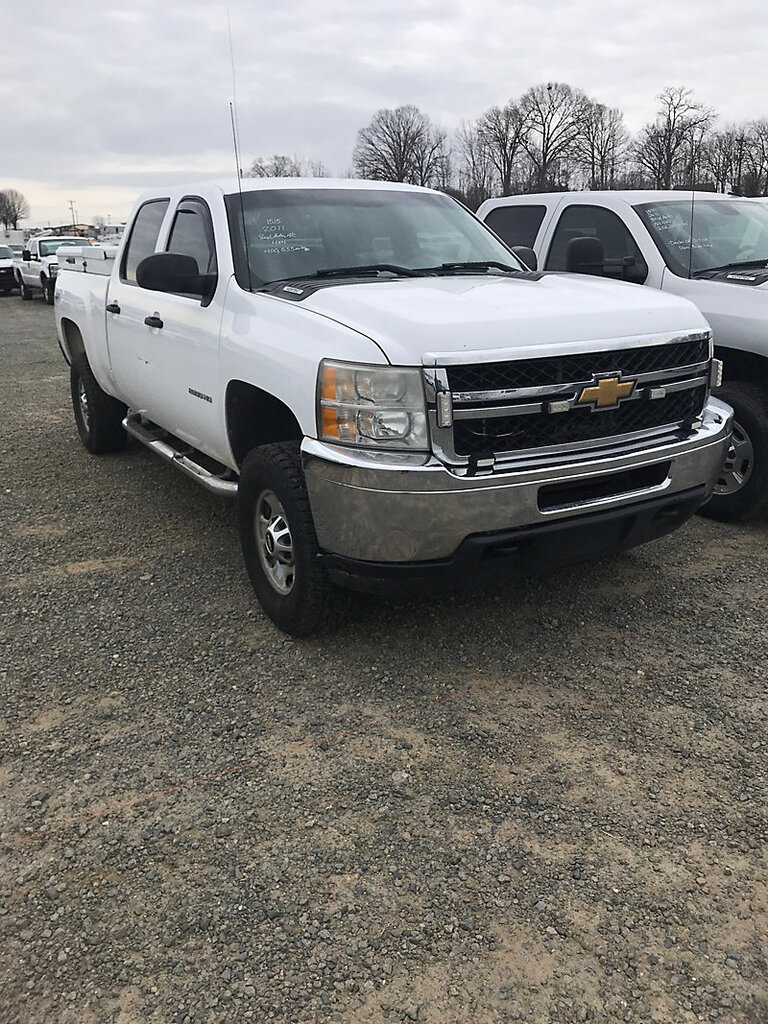 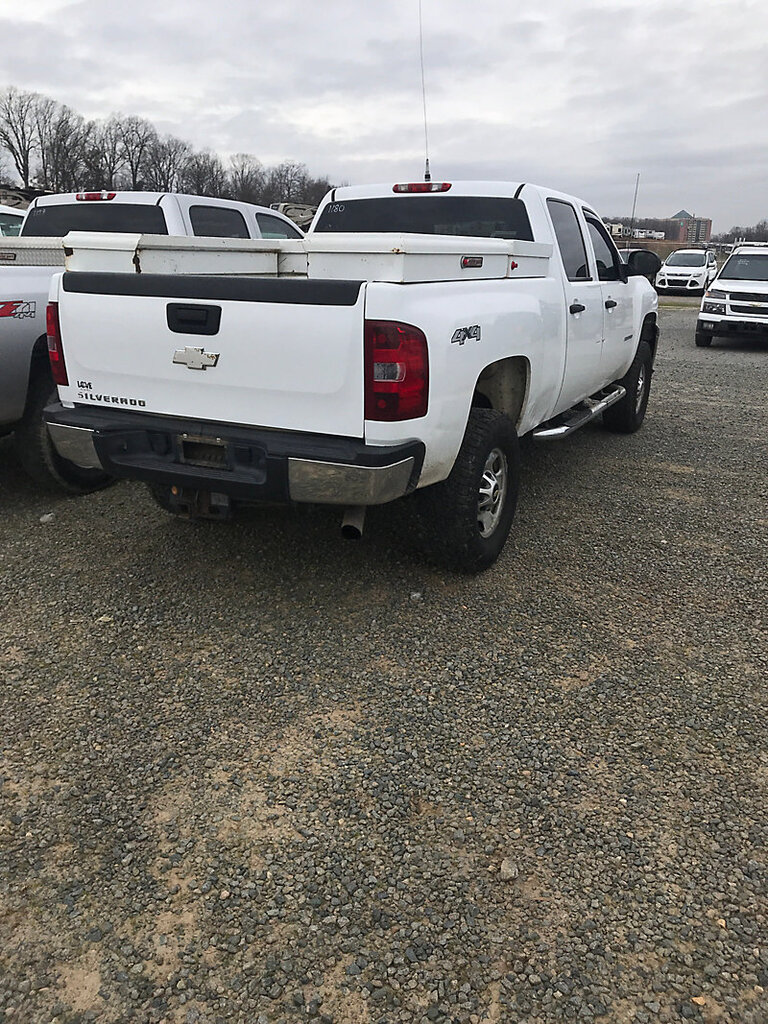 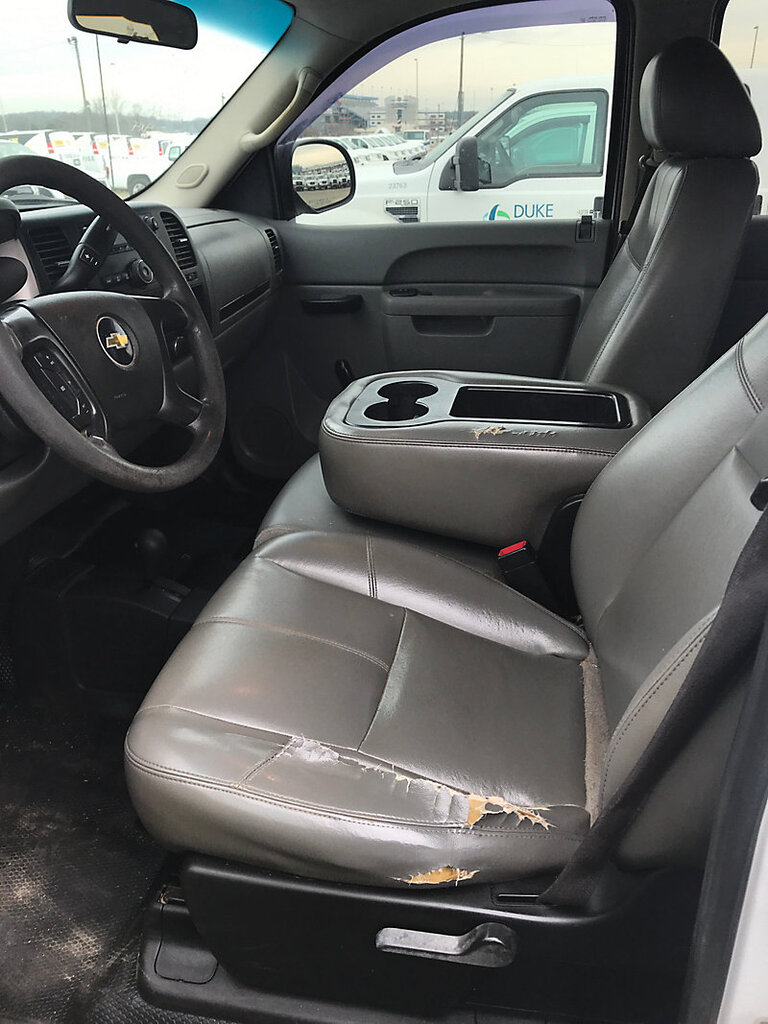 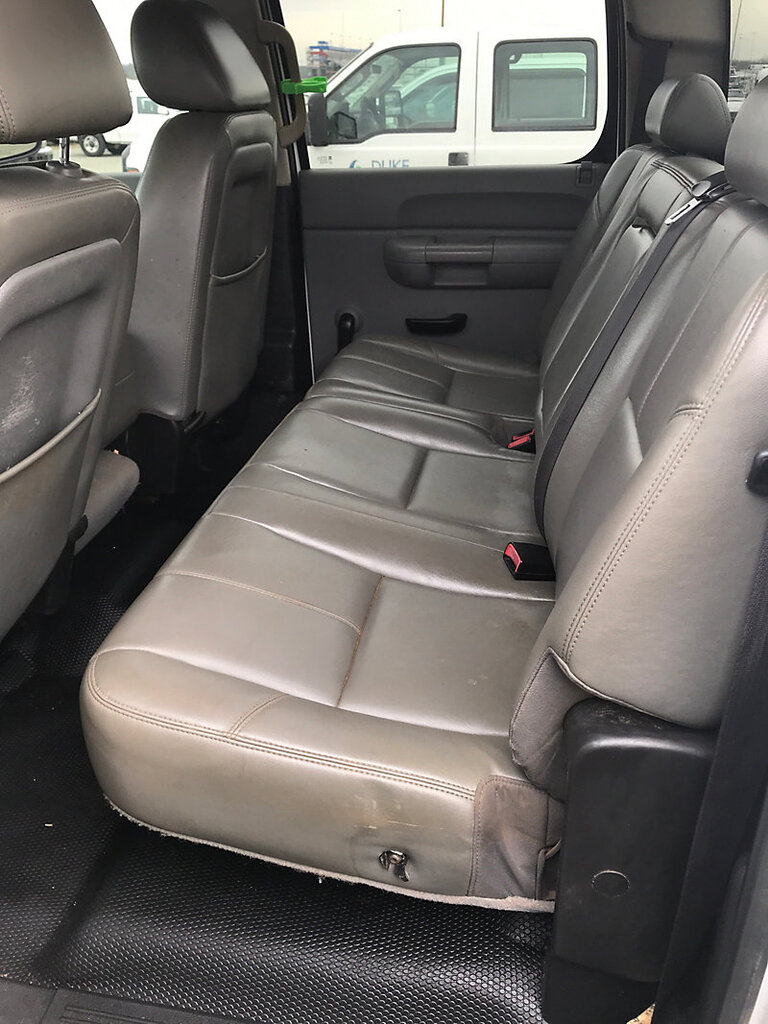 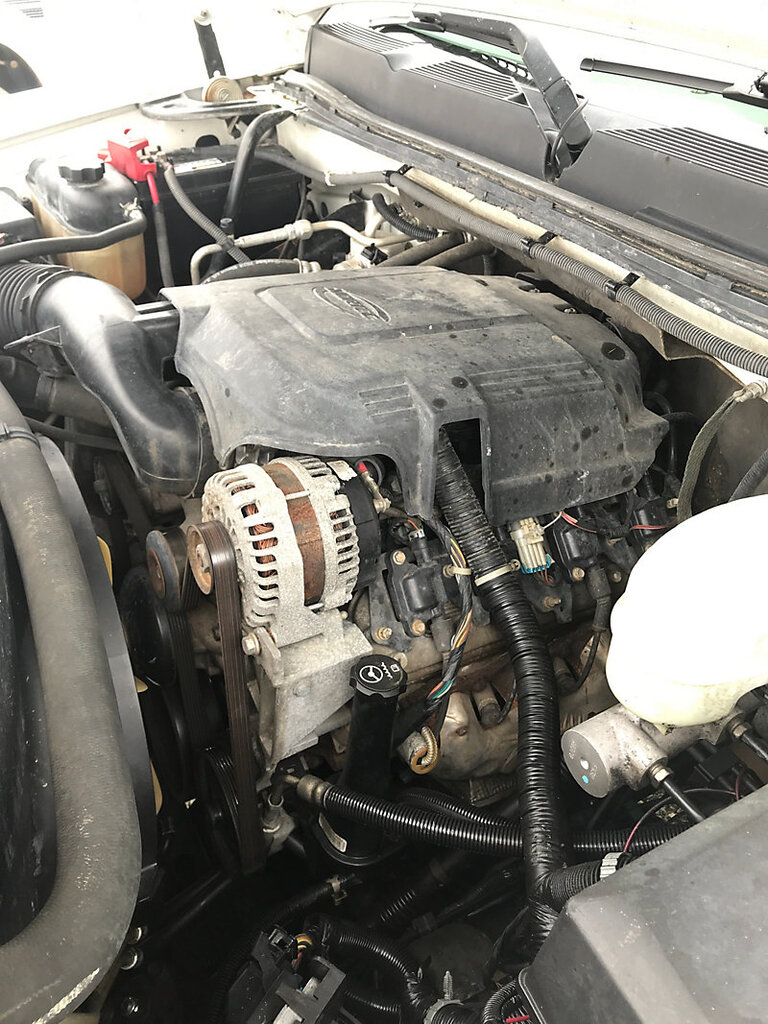 Not sure. It's a total crapshoot at auction. I'd hope somewhere in the $3,000 range or less.

I'm always looking for cheap diesels, and I can't believe how many out there have 300 & 400,000 miles for the money they are asking???
Like now, I have more trailers than trucks but I'm not spending that kind of money on a 379,000 vehicle!!
I just don't have the guts you do I guess.

Add buying them sight unseen to the mix too lol.

Idk, I’m just so used to it at this point. I’ve driven 400,000 mile trucks across the country, buy them sight unseen from a 7 word description, etc. I get burned a lot less than I do OK, just have to be able to roll with the punches
You must log in or register to reply here.
Share:
Facebook Twitter Reddit Share Link
Top Bottom