WhiteKnuckleScat said:
I’m enjoying the scenery if you can't tell.

IDAFC21 i challenged you in the seasonal rivalry event. Not sure how this works. If I beat your time do you get notified cause that would be kinda fun to battle back and forth.

I bet without the watermark, you could trick ALOT of people online.

WhiteKnuckleScat said:
That event was fun, took my three tries before our team was decent enough to beat it. I used my Audi TTRS for that one. Tired of racing in the rain, ready for the new season.
Click to expand...

Seriously. I am over the wet weather. Seemed like every time I tried to start a speed zone challenge or something, the fucking skies would open up. The storms were pretty cool tho. I tried my damndest to get a picture w/ lightning in the background but couldn't quite get the timing right. I will one day tho.

Well to start this week i thought "fuck it", I'll go straight for the trial. Yeah this week is hard. Plus I cant find a team thats worth a shit yet. (Not that I'm making any significant contributions to our points either ) Did 2 attempts, or maybe 3? I cant remember now, all went to 3 races and we couldn't win. Didn't help that people kept quitting out. My last attempt I became one of those quitters because the first race was just the worst. I'll keep trying, later, after that feeling of wanting to throw my controller has gone. Maybe after a little while a better car/setup will emerge. Right now I just went on youtube and found the first setup I could
OP

So you're playing multiplayer?

Let’s do some multiplayer. I’ve done some but it would be fun to group up.

Is the convoy still broken? I know at the beginning it was a bitch to try and get everyone together in the same place
OP

I was more asking about the mention of teams.

Yeah, The Trial race is a team event. 6 humans vs 6 AI on unbeatable difficulty

Haven’t tried convoy, this is the most forza horizon I’ve ever played. I assume we could do seasonal events and other races together correct?

I’ve struggled with figuring out how to complete a series or seasonal championship. I want a list of what I need to do, and the ability to click it and go there. Is there one? One seasonal included a bunch of races AND a rival, but I missed the “rival” part of the request so though it was a game glitch that I didn’t get my prize after completing the races and started the championship over again. Wasted so much time before figuring out the request and the finding it within the extremely deep menus. There’s so much going on it’s overwhelming. Especially when I just want to pop on, jam on some races in an hour and sign off.

Bru said:
I’ve struggled with figuring out how to complete a series or seasonal championship. I want a list of what I need to do, and the ability to click it and go there. Is there one? One seasonal included a bunch of races AND a rival, but I missed the “rival” part of the request so though it was a game glitch that I didn’t get my prize after completing the races and started the championship over again. Wasted so much time before figuring out the request and the finding it within the extremely deep menus. There’s so much going on it’s overwhelming. Especially when I just want to pop on, jam on some races in an hour and sign off.
Click to expand...

I’m with ya there.

i could also do with a lot less cut-scenes during transitions. I know it masks the load times, but it gets old.

I’m going to try to play a bit tonight.

Took a LOT of attempts to get this 5,000XP board. Few times I missed it to the right by inches. Twice I went right over it. Only reason I got it is because i crashed and the game reset me onto the roof. 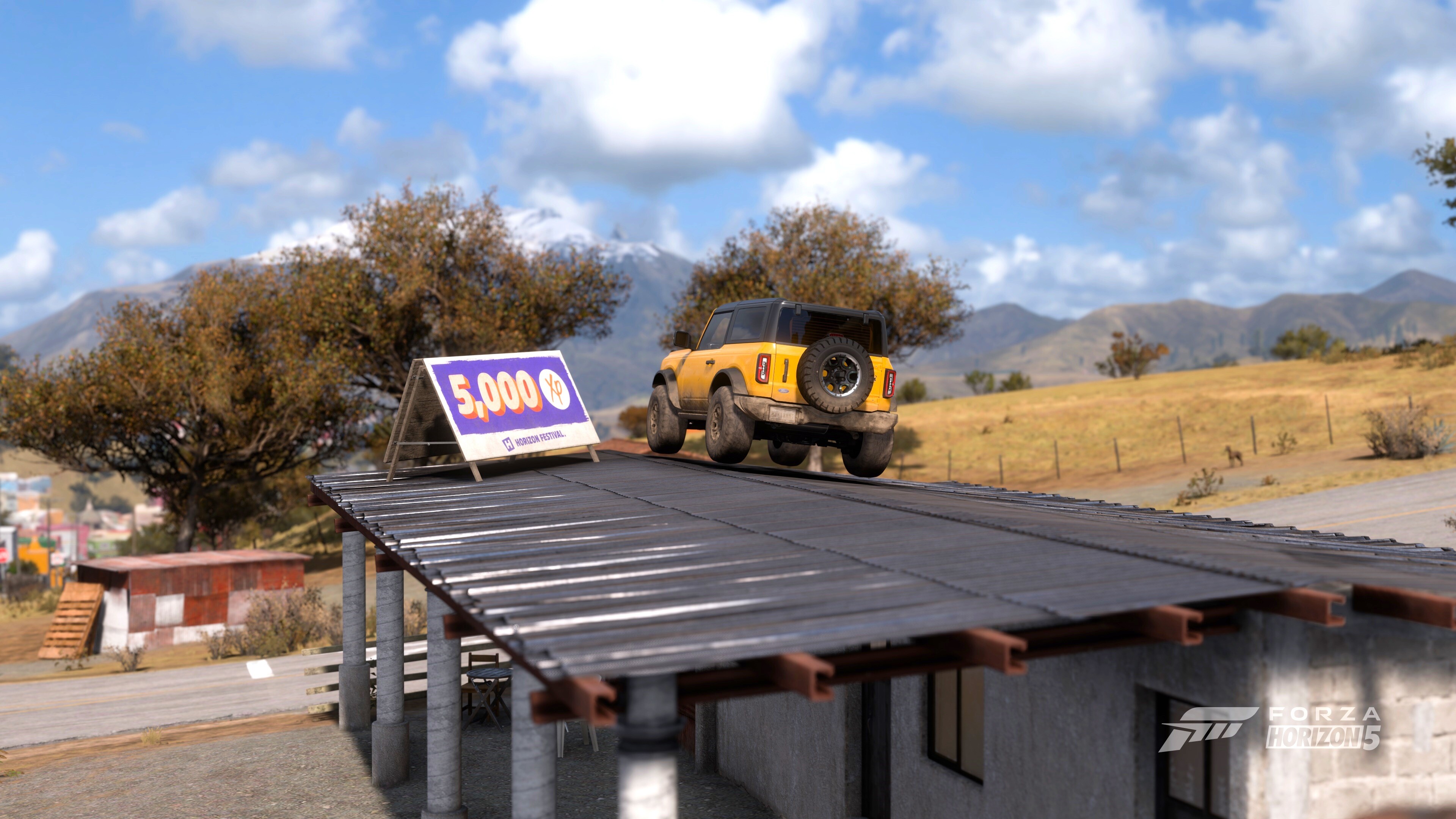 Doing my Austin Powers impersonation. One of the attempts to get that damn XP board. 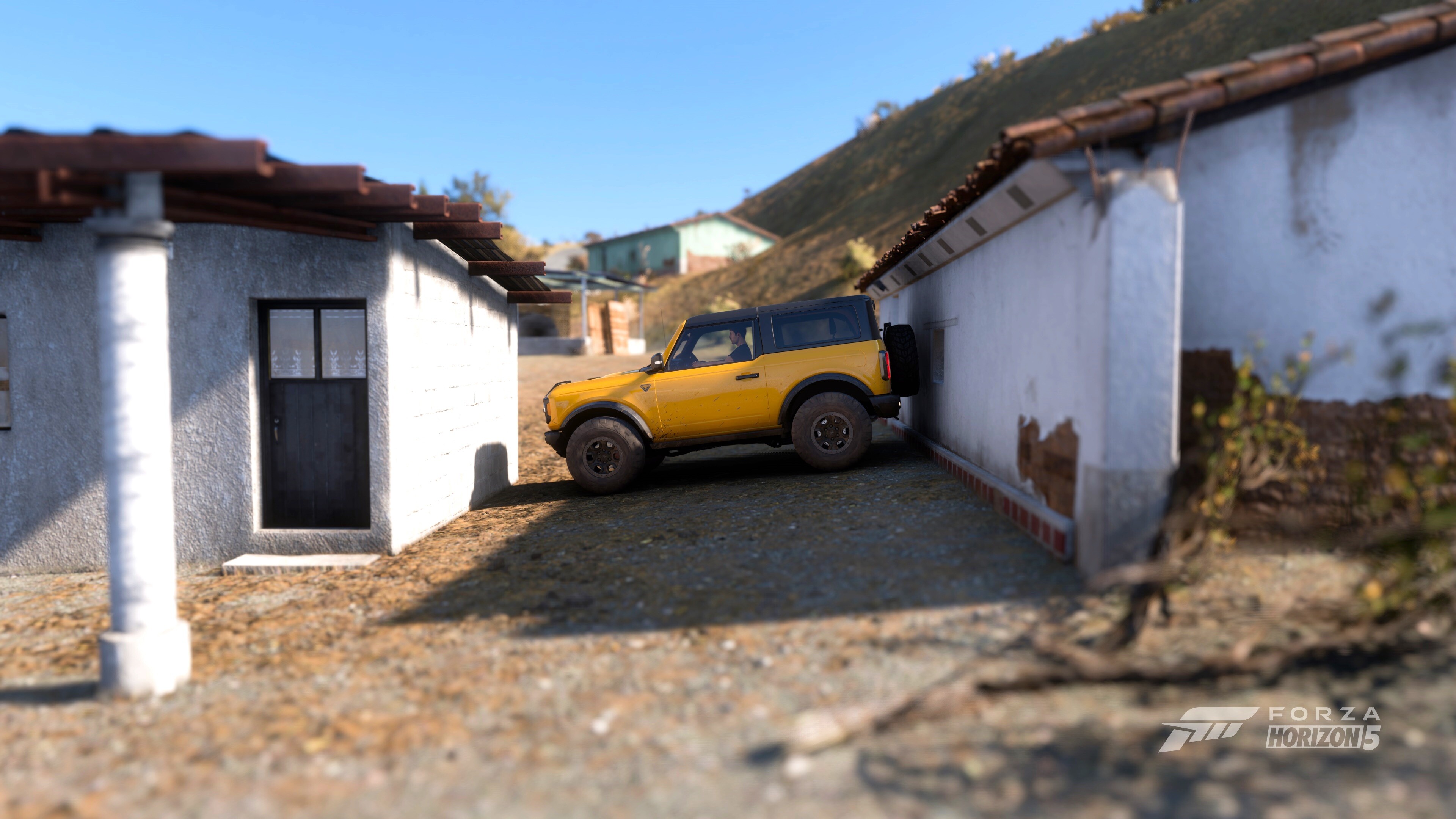 Front wheels hung up on edge of roof. 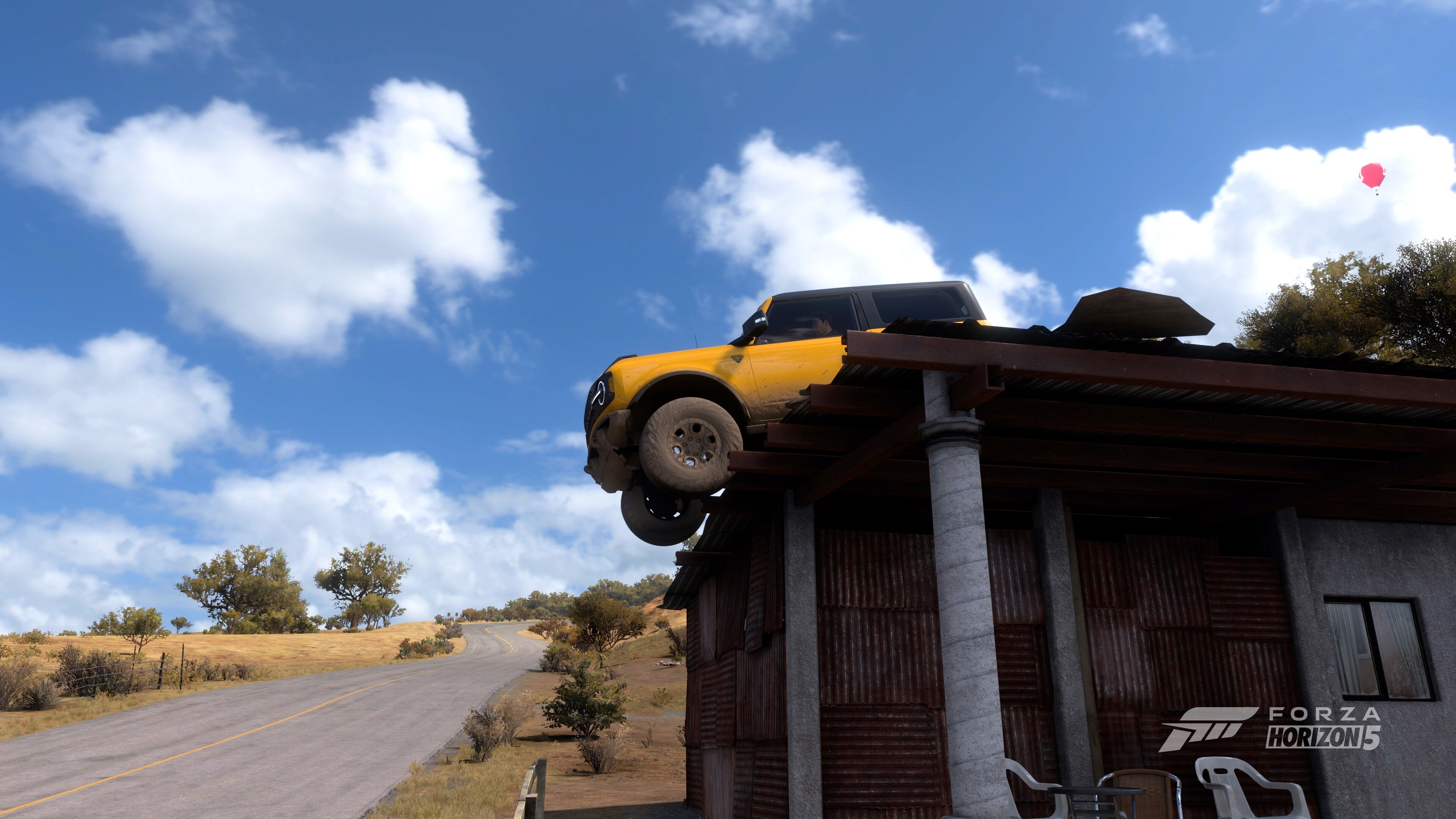 Smoking the tires trying to back up. Notice the back tires aren’t spinning, but they’re smoking. Front tires are spinning but no smoke. Huh? 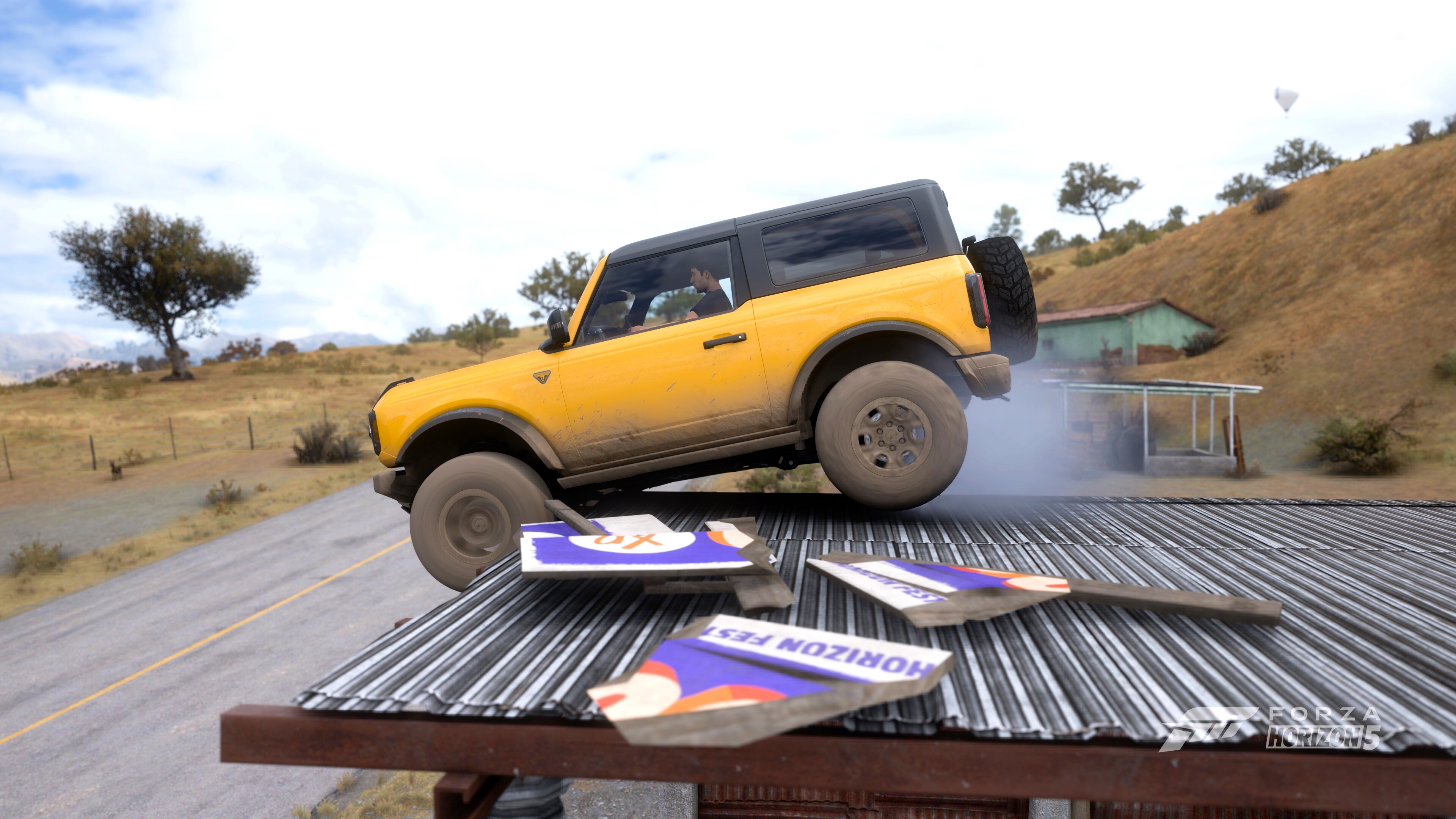 Tapped the button to go forward and Peter Panned right off. 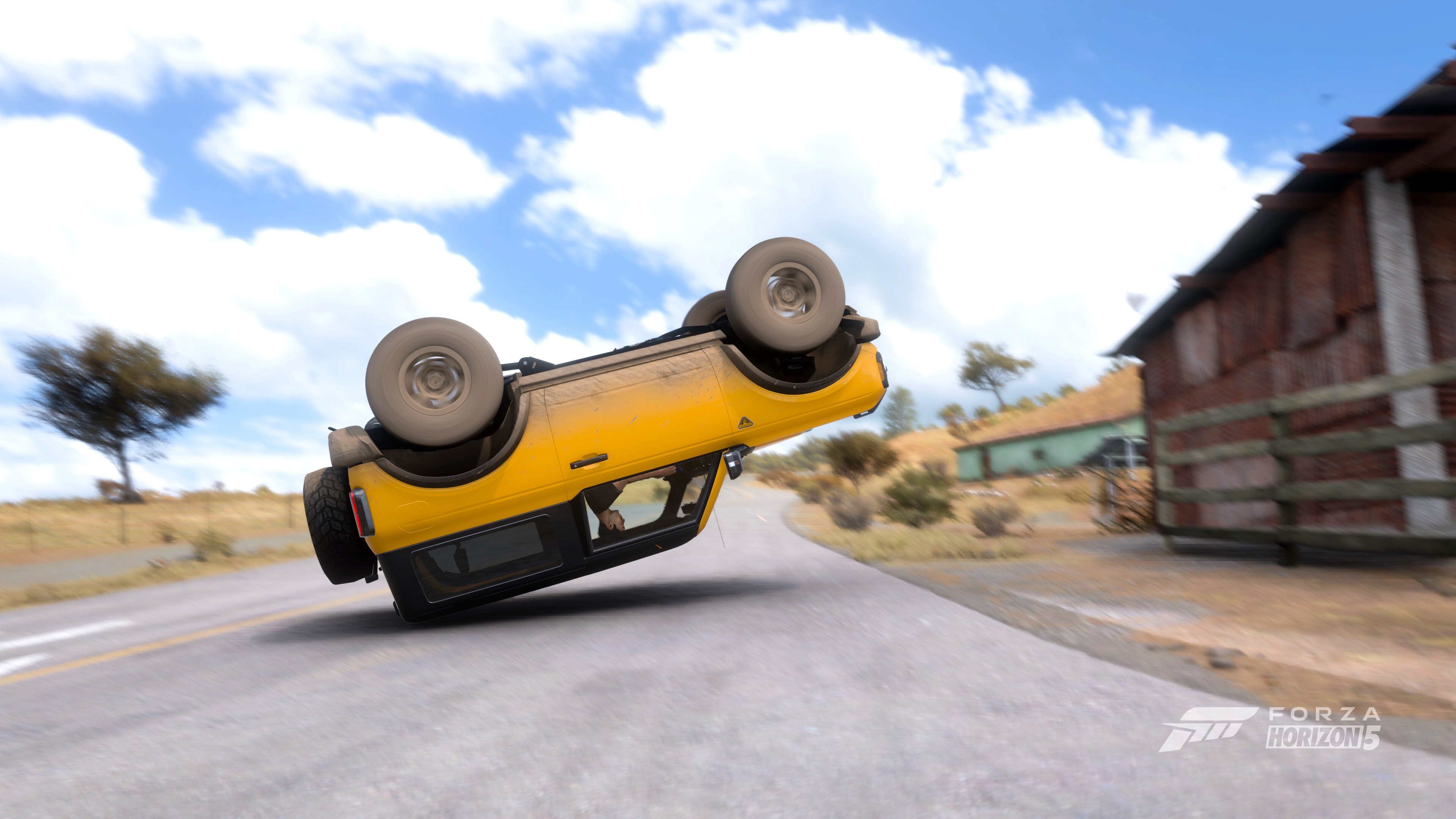 Its even the same color

IDAFC21 said:
Its even the same color

Didn’t even realize that

Oh, and this shit. 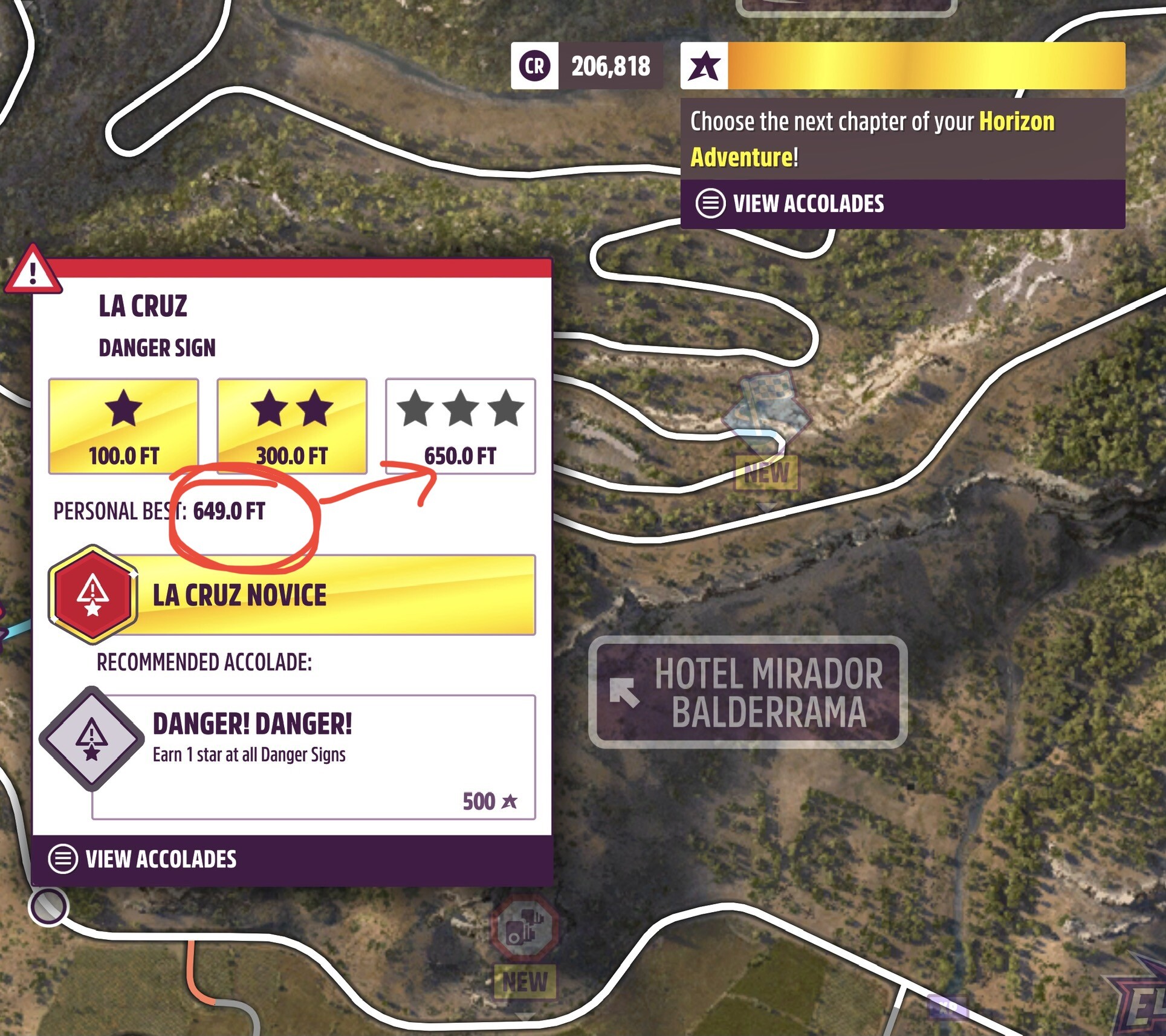 I tried to catch the train. Caught a tree instead. 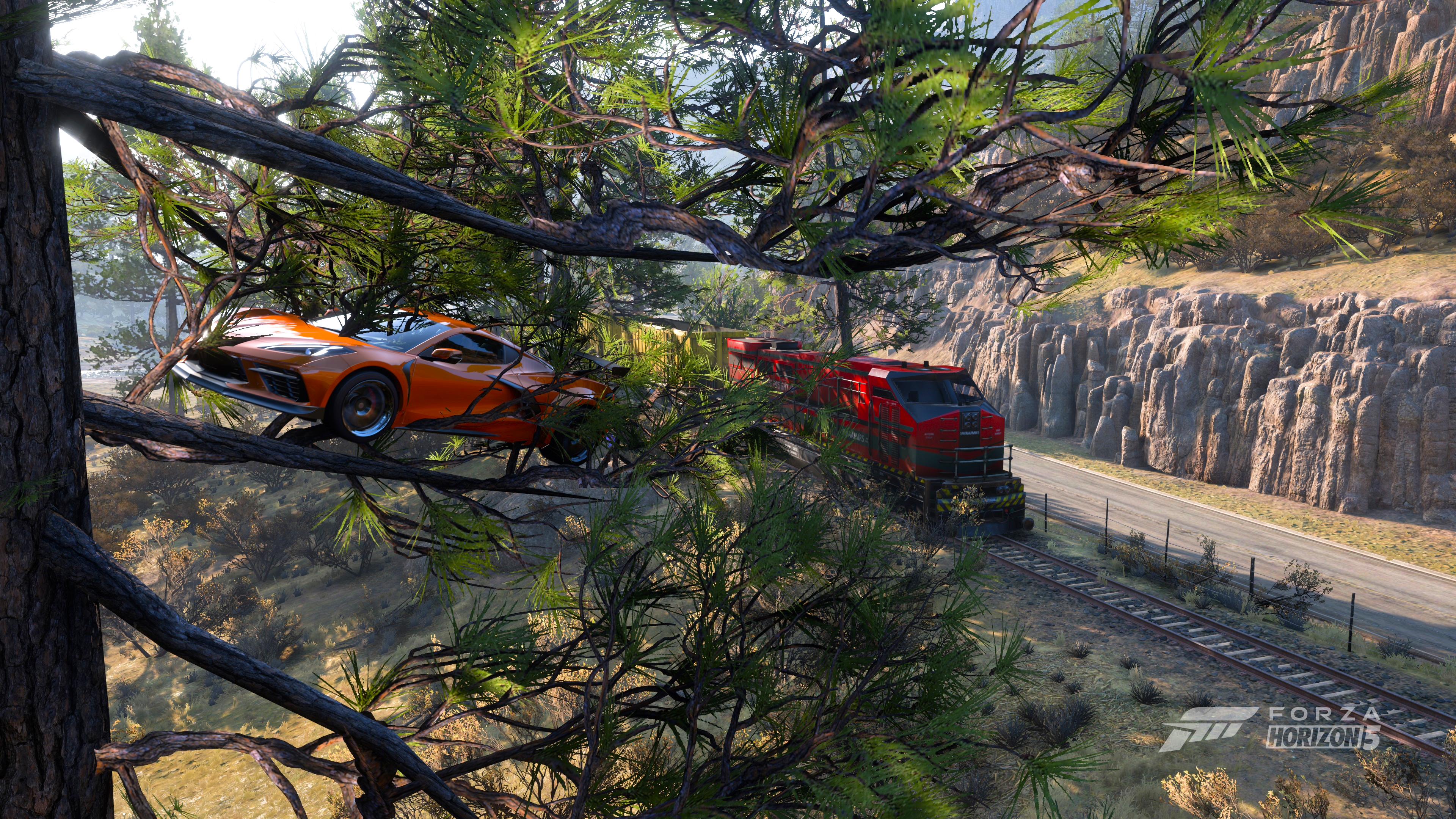 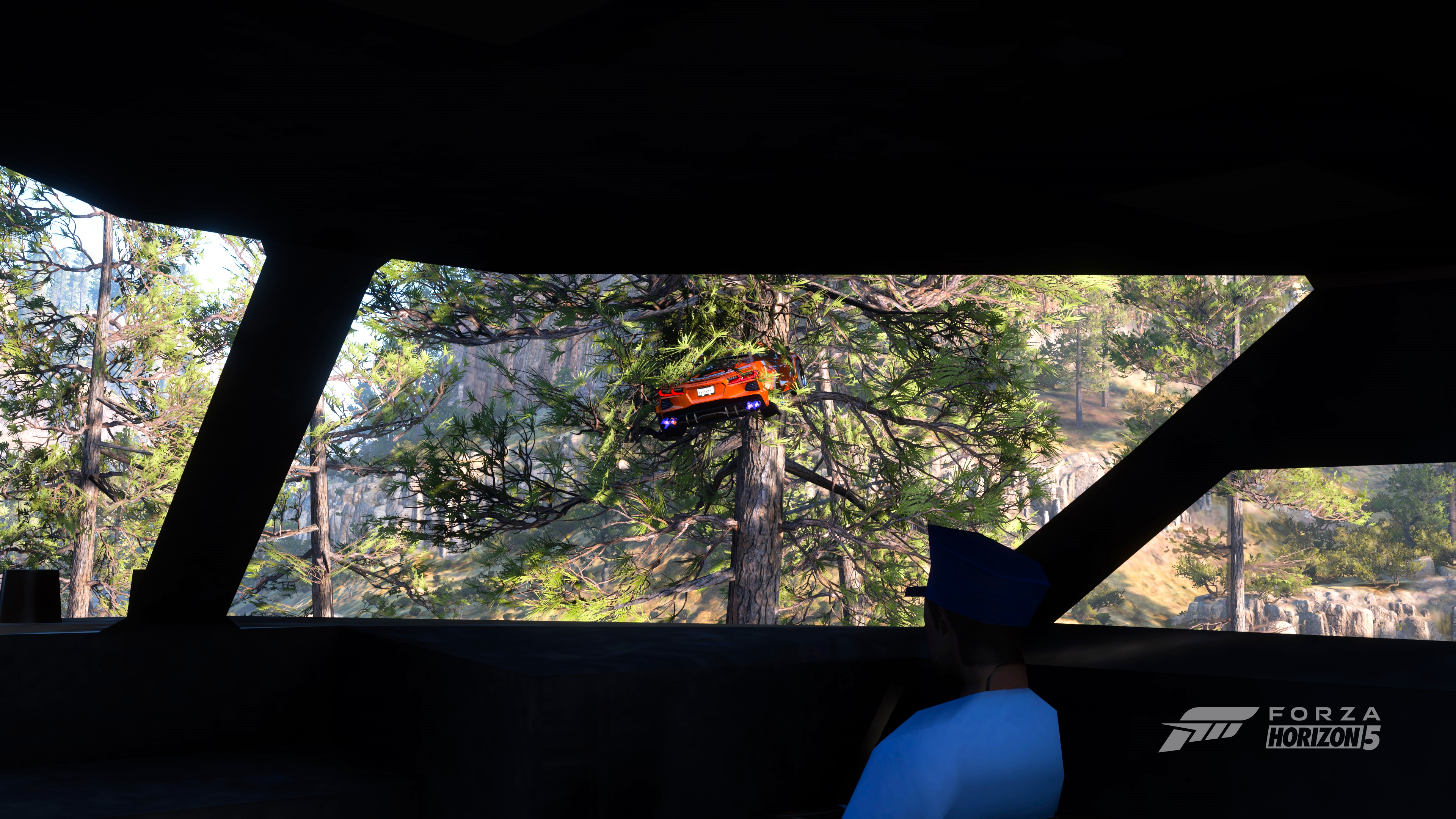 God I love seeing this world through your eyes

Anyone order a Boss 302 on the rocks? 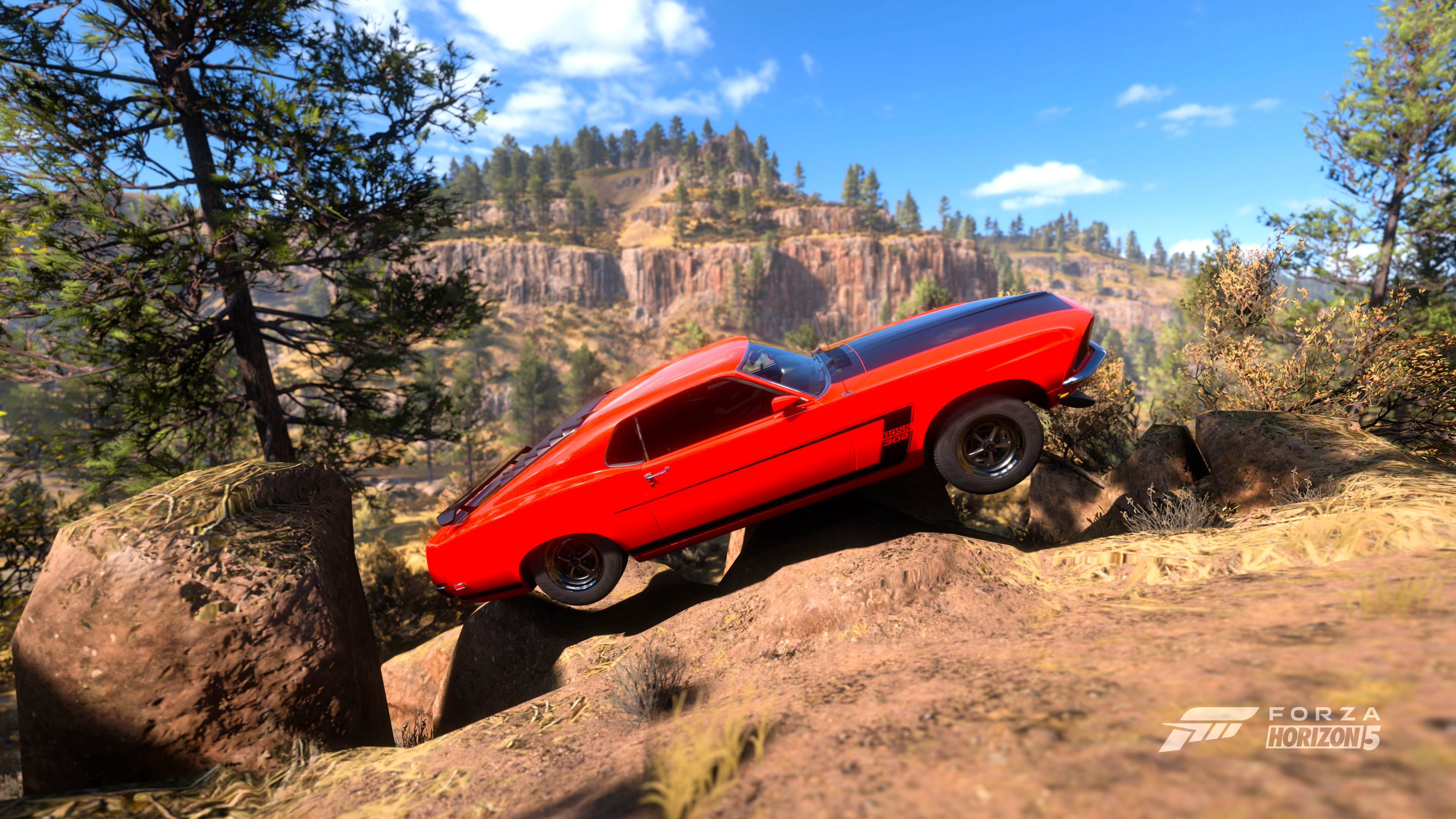 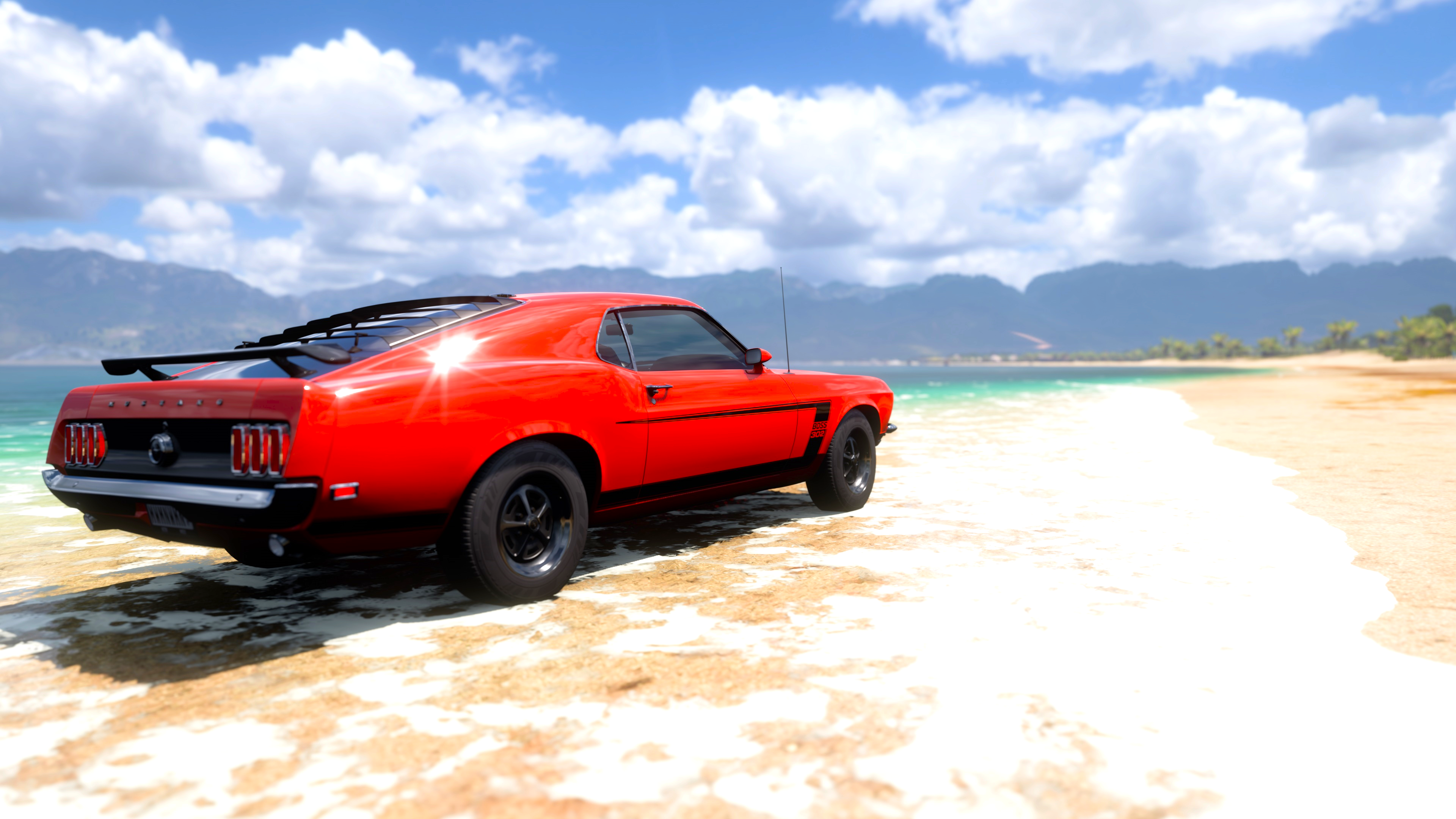 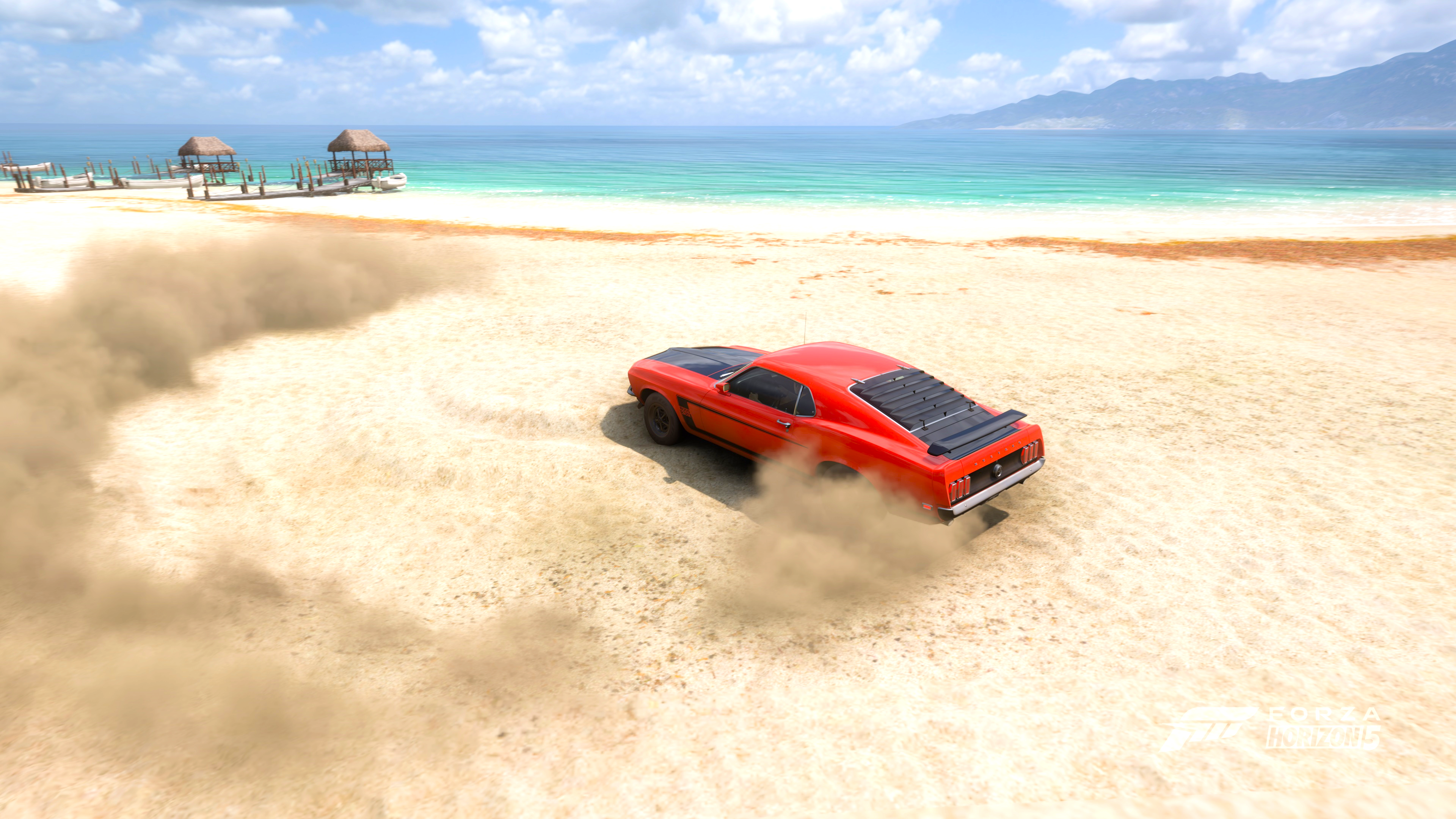 Whoever MIKES3 and Evil E 187 are, you have been sent invites to the club

And once again, the festival playlist is broken. Im trying to do the weekly challenge w/ the porsche, and I got the first 2 chapters done no problem, and I'm on the third chapter where you simply have to photograph the fucking car, and I've tried several times now and it will not register. Some people are saying it worked for them if they took a photo of the car while it was in a race so I've tried that several times.....NOPE. Playground games need to FIX this shit.

At least the separate challenge of taking a picture of the car at night works. 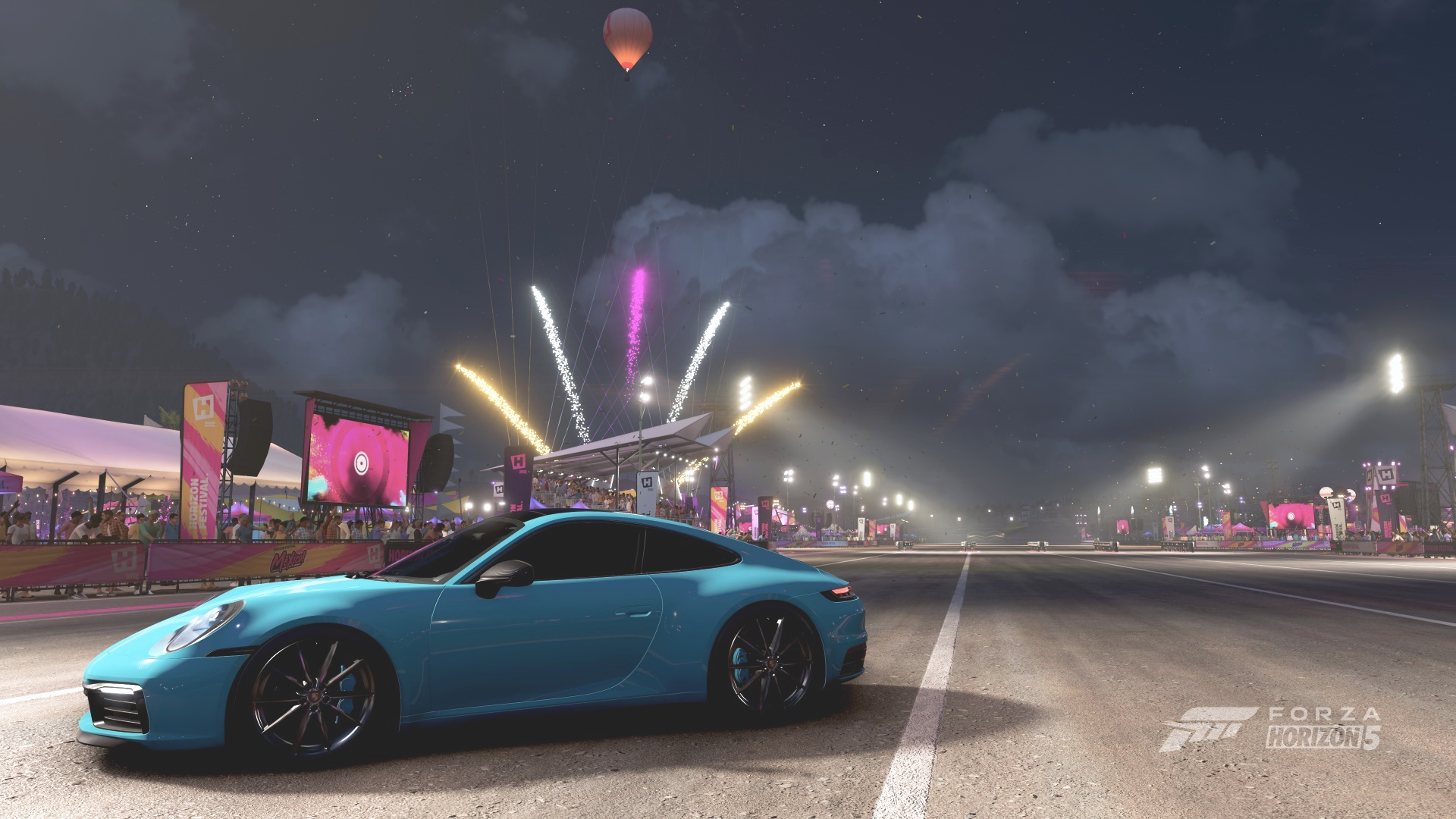 But while it did register THAT, it still didn't take for the weekly challenge. Christ.

Just read another thing where someone said they changed cars to another porsche and took a picture of it, and then switched back to the carrera and took a picture and it worked, and several other people started chiming in that it was working for them, so I just tried that and it actually did work. So at least that hurdle is crossed. But I also read thats not the only thing thats broken in this weeks playlist. So.........great. If I cant get my 22B because of stupid shit like this I am going to be pissed.

I had that problem last night. Tried multiple times to get the photo at night. No dice.

I just anonymously left a 2017 Ford GT in a barn for a new player to find, because I'm just that kinda guy.

And I had 1 extra. And they're really not worth much in the auction house.

Can I just say how much I HATE races that go through the underground tunnels in the city? You have no sightlines in there, you have no grip in there, and if its a street race, theres always traffic just around the corner. I have to turn braking lines on for those races just so I have a chance of exiting the tunnels in the same position I entered them.

But I did get the AMG One for the overall series progress, and Im currently 15 points away from the 22B for this week. I'm gonna have to complete the trial event if I stand any chance of doing it.