It always seemed like he talked down to the women team members.

SpeedSpeak2me said:
It always seemed like he talked down to the women team members.
Click to expand...

Aircal said:
Plot holes big enough to drive a semi through. So after breaking it off she work 16 more years with him? She couldn't apply somewhere else?
Why would he keep her around for 16 more years? So he could remember when she gave him a blow job back in 2003? If serial would he not get rid of her to get the chance at another producer?
Click to expand...

Ryan02Stang said:
I remember 10+ years ago I was in some VIP suite at Arlington Park (got some hookup through work), and Eric was there. Dude acted like an epic d-bag all around, and I specifically remember him acting like a total creep with women in there. Never listened to his show, so haven't really though about him since that day. But not shocked to hear this.
Click to expand...

I don't think as a guy I would work for a person like this for 15+ years and he probably wouldn't even be trying to grab my ass. I can't imagine being a woman who did.
OP 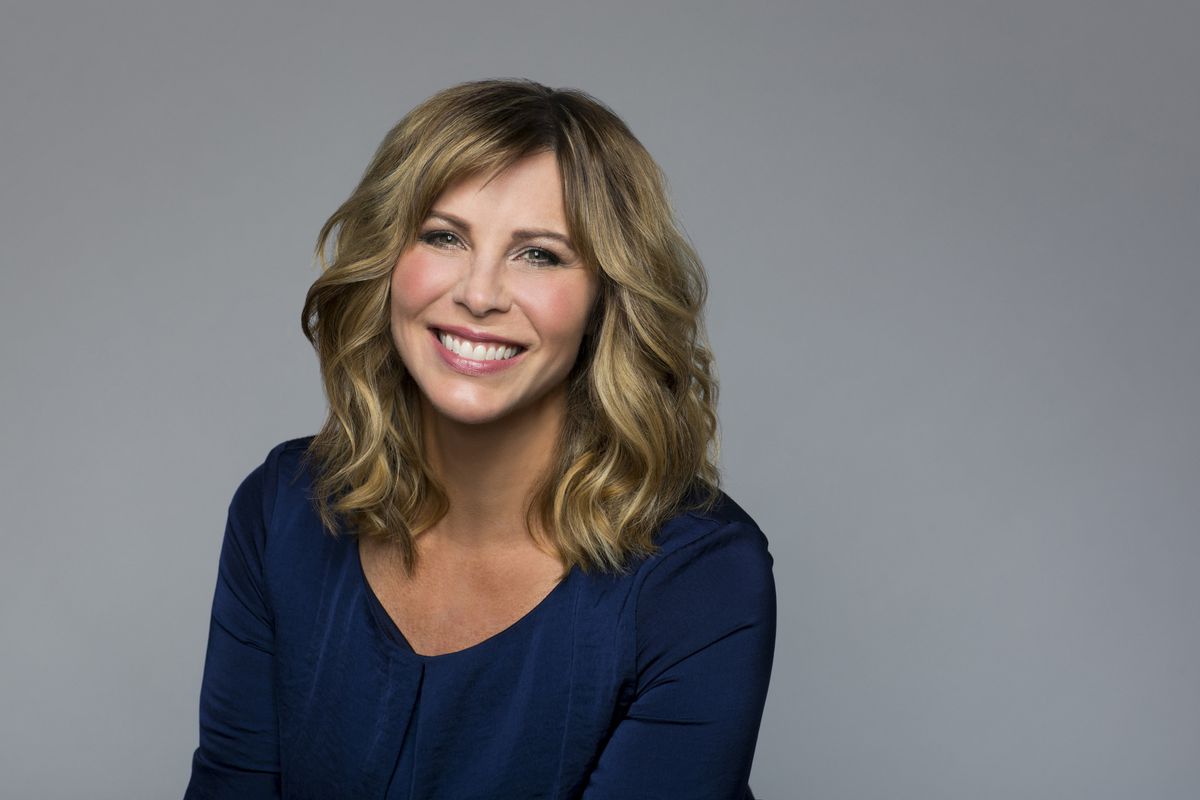 Co-host Melissa McGurren alleged Eric Ferguson subjected her to an “unbearable hostile work environment” and management did nothing about it for years.

When Melissa McGurren left her job co-hosting Eric Ferguson’s popular morning radio show in December, she said “the truth will come out” about her unexplained departure from the station known as The Mix. Nearly a year later, a newly amended lawsuit describes for the first time how Ferguson allegedly made McGurren’s work intolerable, causing her to leave a job she loved.

In complaints made public Tuesday in court filings, McGurren alleged Ferguson subjected her to an “unbearable hostile work environment” and the management of WTMX-FM 101.9 did nothing about it for years.

“I contend that Eric Ferguson is a serial abuser of women and that for many years, the management of The Mix has protected Ferguson in allowing him to continue in perpetrating his misconduct that goes far beyond the limits of decency despite ample notice from me and many of my co-workers that Ferguson’s behavior is unlawful,” McGurren wrote in a December complaint to the Equal Employment Opportunity Commission.

The amended defamation suit against Hubbard includes details of McGurren’s ongoing efforts to seek compensation through the EEOC complaint and an arbitration process. McGurren’s complaints were added to the suit as evidence that station management ignored Ferguson’s alleged behavior.

Besides allegations of a hostile work environment, defamation and infliction of emotional distress, McGurren contended she was “intentionally paid less than men in similar or comparable positions.”

Attorneys for Ferguson did not immediately respond to requests for comment Tuesday. Jeff England, vice president and market manager for Hubbard Chicago, said in an emailed statement: “We swiftly investigated these claims when they first came to our attention, and we are continuing to evaluate the situation and new information as it develops.”

In her EEOC complaint, McGurren said she complained dozens of times to station program directors about Ferguson. For years, the complaint alleges, Ferguson made insulting comments about her appearance, on air and in front of co-workers, including telling her what to wear. McGurren alleged Ferguson’s comments often were gender based, such as harassing her when she used the bathroom at work or accusing her of having hot flashes “in a demeaning and condescending tone.”

The EEOC complaint states Ferguson coerced McGurren in April 2011 into wearing a bikini and getting a spray tan at work — a video of which was posted on social media. “The coercion was that if I did not do what Ferguson was commanding, I risked losing my job,” McGurren wrote. “I succumbed to his pressure, and because of the social media post, I received many unwanted sexual comments from men on social media.”

During the COVID-19 pandemic, she wrote, she worked in a space with a window separating her from Ferguson, because of her asthma and other medical issues. He so harassed her about the setup that in June 2020 she went back into the studio with him, “even though I felt very unsafe doing so,” her complaint alleges.

Her EEOC complaint also said Ferguson would “frequently and inappropriately touch many younger female employees, or sometimes younger female listeners, at company events in Chicago or abroad in Mexico during company retreats.”

McGurren said she frequently complained to management about Ferguson’s “terrible behavior.” According to a Nov. 24, 2020, email she sent to human resources included in the amended lawsuit, she wrote: “I’ve been mentally and verbally abused, harassed, put into tears, yelled at, belittled, ignored, mocked and my job has been threatened multiple times.”

The EEOC granted McGurren the right to sue, but as part of her employment agreement with Hubbard she had agreed to first try to settle disputes and claims through arbitration.

McGurren’s abrupt departure from the airwaves stunned her fans. In her only public comment at the time, McGurren said on social media “the truth will come out. I’ve always wanted to work at the Mix, and this is not how I saw things coming.” She recently landed a job as a morning show co-host at the Audacy station WUSN-FM 99.5.

When McGurren left, WTMX said in a public statement it was surprised and disappointed the former co-host of “Eric in the Morning with Melissa and Whip” declined a contract extension following more than two decades at The Mix.

In her arbitration complaint, McGurren alleged those comments were an attempt to paint her in a false light and were made “with the intent of continuing to cover-up Ferguson’s serial harassment and the station’s tacit approval” of the alleged conduct.

McGurren is the third female former employee of The Mix to come forward to say Ferguson engaged in inappropriate conduct.

Additional link that was in the first paragraph, for the second person (Kristen Mori) to file suit (Melissa is #3). 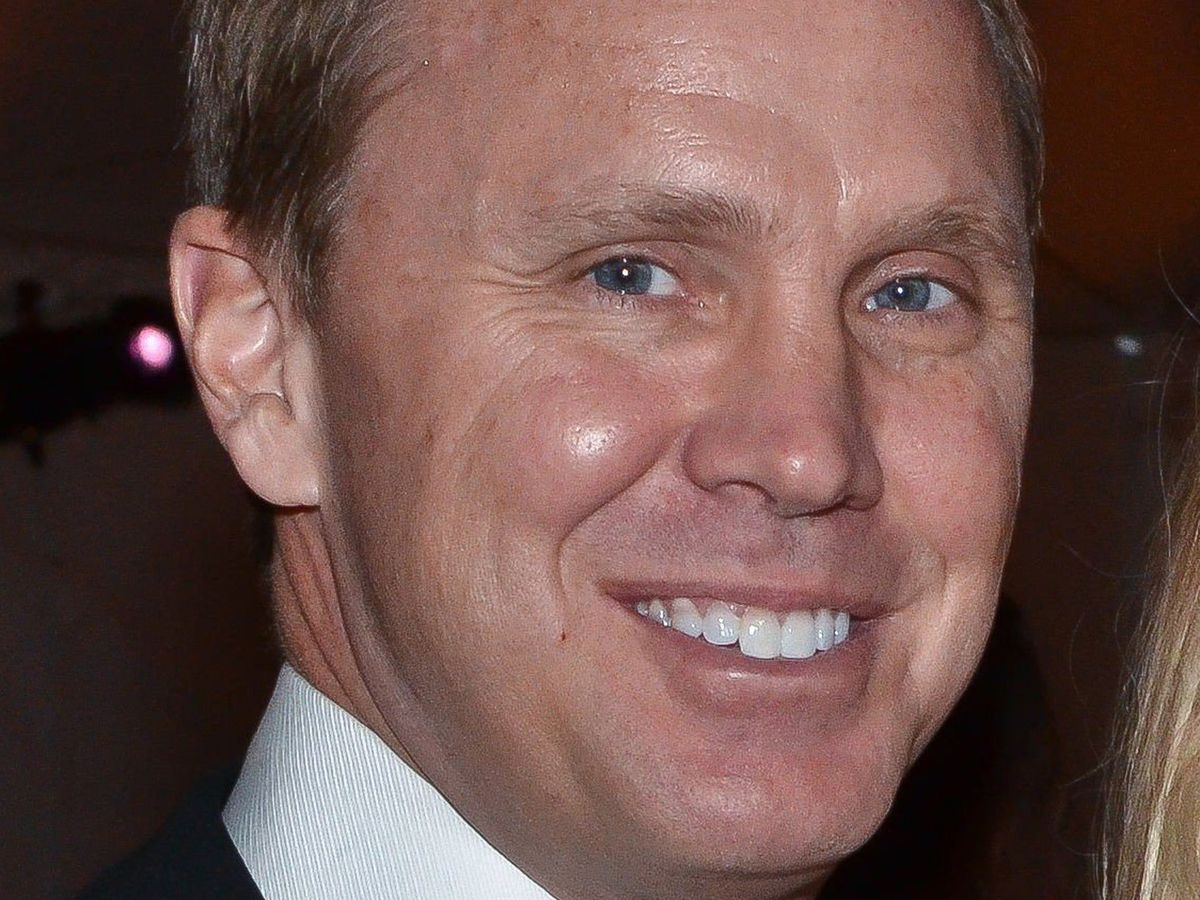 Dan00Hawk said:
Can you record a conversation without permission?

Under the federal Wiretap Act, it is illegal for any person to secretly record an oral, telephonic, or electronic communication that other parties to the communication reasonably expect to be private.
Click to expand...

there is more to this - there is an exception for 1 party consent, which most states allow.
OP

^This. I always wondered where she went. it was like overnight she just left.
OP

VenomInside said:
^This. I always wondered where she went. it was like overnight she just left.
Click to expand...

...and became a ghost. Not even sure if she resurfaced at another station. Maybe she had some damning evidence and the parent company gave her a payout to keep her quiet with an NDA. I'd break that agreement now and spill.

I knew Melissa had something on him... 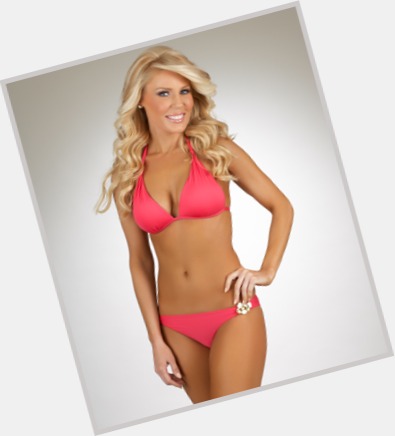 This would've been pre-kid.
OP

They hired on another on-air female staffer that started off doing traffic reports. I wonder if she is still around or has something to say. They had her in a pool learning to swim. Kinda makes you wonder if she was coerced or not for her job.

VenomInside said:
^This. I always wondered where she went. it was like overnight she just left.
Click to expand...

She obviously didn't have enough clout to win over Eric (or thought she didn't at least) but they likely knew she was around a long time, was popular and could have made a storm if she wanted to. Betting she got paid out a fuck ton then disappeared unlike some of the smaller fishes who are talking now.

She had more TBH. She's way more attractive than Cynthia... That my opinion though. 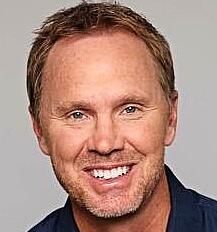 Eric Ferguson Removed From WTMX (101.9 The Mix)/Chicago Morning Show Through October Due To Misconduct Allegations From Third Woman

Longtime HUBBARD Hot AC WTMX (101.9 THE MIX)/CHICAGO morning star ERIC FERGUSON has been silenced through OCTOBER with his removal from his show, according to a memo from HUBBARD/CHICAGO VP/GM JEFF ENGLAND. Recently, CYNTHIA DENICOLO, a former ERIC IN THE MORNING assistant producer, became...

2 women is more than twice as bad for Ferguson.

Also, Veritas records people without their knowledge all the time.

Three women so far. Now that it’s gaining traction how long before more get lawyered up?

Yea, had this been anyone lesser than Eric, they'd be on the street.. Because he and that morning show are the heavy hitters on the station, they're trying to hold on until they absolutely have to part ways.

who are the 3 . I only see two mentioned . Also at the end of article they left it pretty open ended.


We take these allegations seriously and we are confident in the results of multiple investigations we have initiated. But we also owe it to ourselves and our listeners to have a deliberate and thoughtful process about our path forward, and candidly, we are not there yet.”

From Feder. A sales person.

Earlier a female former sales employee of The Mix alleged in a court document that Ferguson groped her at their station’s Christmas party in 2003. Kristen Mori’s filing, which also alleged other inappropriate behavior toward women by Ferguson, was included in DeNicolo’s defamation lawsuit against Hubbard Radio Chicago.
Click to expand...

kinda amazed at all of this, that people have the gall to do this, that it can go on for decades, that other people must be aware of it going on but nothing is done about it, etc.

Who the hell hasn't groped some hot coworker at a office Xmas party back in the early 2000s? Can't have hot office sex if you didn't try touching a coworker.
Or so I have been told by other guys.....

sickmint79 said:
kinda amazed at all of this, that people have the gall to do this, that it can go on for decades, that other people must be aware of it going on but nothing is done about it, etc.
Click to expand...

Having worked in business for 30 years, it does not surprise me. The victim would have to go to the aggressor's boss to complain, who might be a buddy. HR folks could be pushovers too. That's changed now with #MeToo in a good way.

This is nuts. Eric was the voice I heard every morning for years. I loved that morning show. I'm glad he's getting what's coming though. That's not cool.

I had a hunch that shit was toxic when Kathy mysteriously left. Being away from the area, I hadn't heard about Melissa's departing.