i thought thats what the v6 was for

Ford has 45 years of Mustang domination under its belt, and the Dearborn, MI automaker wants to keep the streak alive by catering to every demographic from baby boomer motorheads to eight year-old girls. Sure, eight year-olds don't drive, but Ford wants to appeal to them with a new line of licensed merchandise called "Pony Girl for Mustang."

Ford will reportedly target two age groups for its new female-oriented Mustang gear: 8-12 and 13-16 year-old persuasion.The galloping horse will be prominent on everything from jewelery and cosmetics to home decor and apparel. Besides Ford's trademark Mustang emblem, the products will be adorned with more feminine decorations in the form of butterflies, flowers, and stars. If you're reading this and rolling your eyes, don't. Ford is happy to point out that according to its research, girls agse 8-16 pick the Mustang as their favorite car more than any other set of wheels on the road. If a Mustang branded glue stick t-shirt helps to foster more interest, then it can't be half bad, right?

You may be wondering why Ford would spend any time on toys and apparel when auto sales are in a tailspin. Ford brand director John Nens points out that branding gives Ford millions of dollars in low-effort revenue each year, with much of the work being done by toy and clothes manufacturers. He also pointed out to Horse Talk that Ford sold 160,000 Mustangs last year, and Mattel sold over one million.
Click to expand...

Wasn't the Mustang always targeted towards women? No power, "pretty looks". I see a woman driving one 80% of the time anyways.

I bet insurance on a Mustang will soon skyrocket!

yeah since woman are better drivers and all

What I want to say, has already been said

The Gangs All Here!

So its come true, mustangs are for pussies 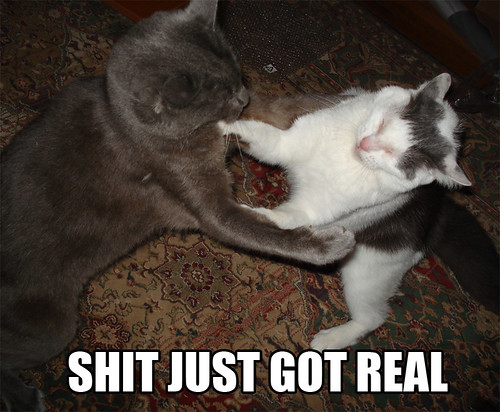 I'll show those ladies my Cobra

the world heard all mustang owners cry at once just now...

don't want to loose the entire female market share to the eclipse or g6...

Angus1211 said:
don't want to loose the entire female market share to the eclipse or g6...
Click to expand...

lose - To be unsuccessful in retaining possession of; mislay

loose - Not fastened, restrained, or contained

Weird, I thought it was the other way around

blakbearddelite said:
lose - To be unsuccessful in retaining possession of; mislay

loose - Not fastened, restrained, or contained
Click to expand...

firefox spell check has failed me one too many times...

anus is going to be enticing some 8-12 year olds.

Mustangs are the new pedo-vans

Angus1211 said:
firefox spell check has failed me one too many times...

I figured as much, I was just giving you shit.