What do you guys call them

You should bring some Australian friends to the site

Mook said:
You should bring some Australian friends to the site

I'll try! If not I'll post some updates of some cool as hell Barra builds a few mates are doing.
I'll spoil them for you right now 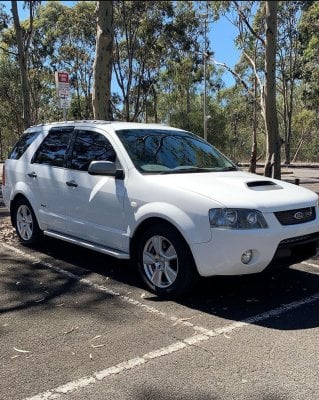 This is the first one. My mates territory f6x. Yes they are factory turbo barra and AWD! He's recently built a Barra for it to aim for the 700 awhp mark. His engine setup is very similar to mine but he's got a built bottom end 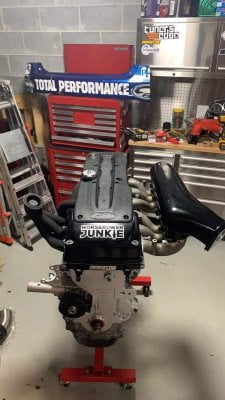 Second cool one is my mates FG F6 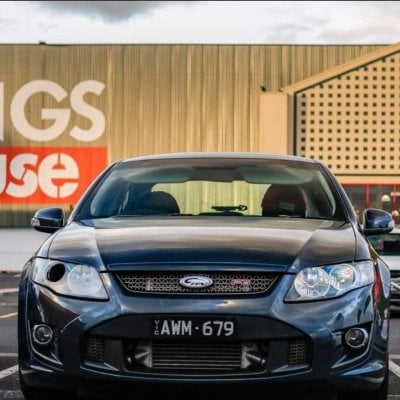 Oh yes! We need of all of this!

Australia is such a magical place.

I was trying to decide where to cut the side pipe for the loud valve down too so the gestapo and highway patrol don't screw me over. I haven't decided but it hurts me to know I have to shorten this thing. 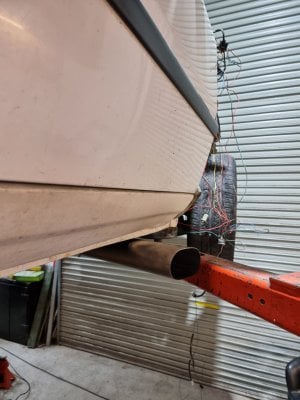 It's so cool! Looks like a old v8 supercar side exit.

also started on the pie cuts for the valve cover breathers. What a **** of a job 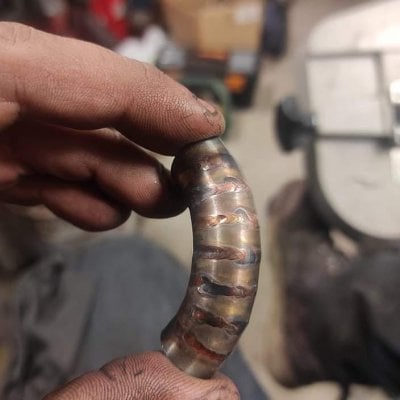 This is gonna be such a fanboyish American thing to ask but I gotta. Two part question:

1. Not knowing my Australian geography at all, are you anywhere close to either Croydon Racing or Maatouks? I did my research and they are 3 hours from each other.
2. If yes, have you seen any of their cars run in person?

Mook said:
This is gonna be such a fanboyish American thing to ask but I gotta. Two part question:

1. Not knowing my Australian geography at all, are you anywhere close to either Croydon Racing or Maatouks? I did my research and they are 3 hours from each other.
2. If yes, have you seen any of their cars run in person?

Those guys are all in Sydney, I'm in Melbourne so we are about 9hours apart.
However my mate who's a fabricator and has been helping me along with my shitbox works at a performance shop here that's tuner is good friends with the tuner for Croydon's R32. Very impressive stuff going on there. They are in excess of 6000cc of injector per cylinder right now and can't biuld a head strong enough atm for how hard they are pushing things.

I'm not a big fan of most Japanese stuff (most due to the community that surrounds those cars) but man are those two cars cool and it's been incredible to watch them fight back and forth for that title.

I'm so glad you joined the site.
OP

No updates on the ute this weekend. I ended up helping a mate install his engine into his territory. 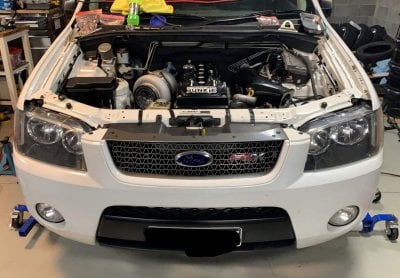 Yaaaaa, your mate needs to join the site and start a build thread.

No joke. I would love to be able to feature some builds from your area. I've always loved the stuff that comes out of Australia.
OP

Mook said:
No joke. I would love to be able to feature some builds from your area. I've always loved the stuff that comes out of Australia.
Click to expand...

Get him on here asap.

There is so much potential here.
OP 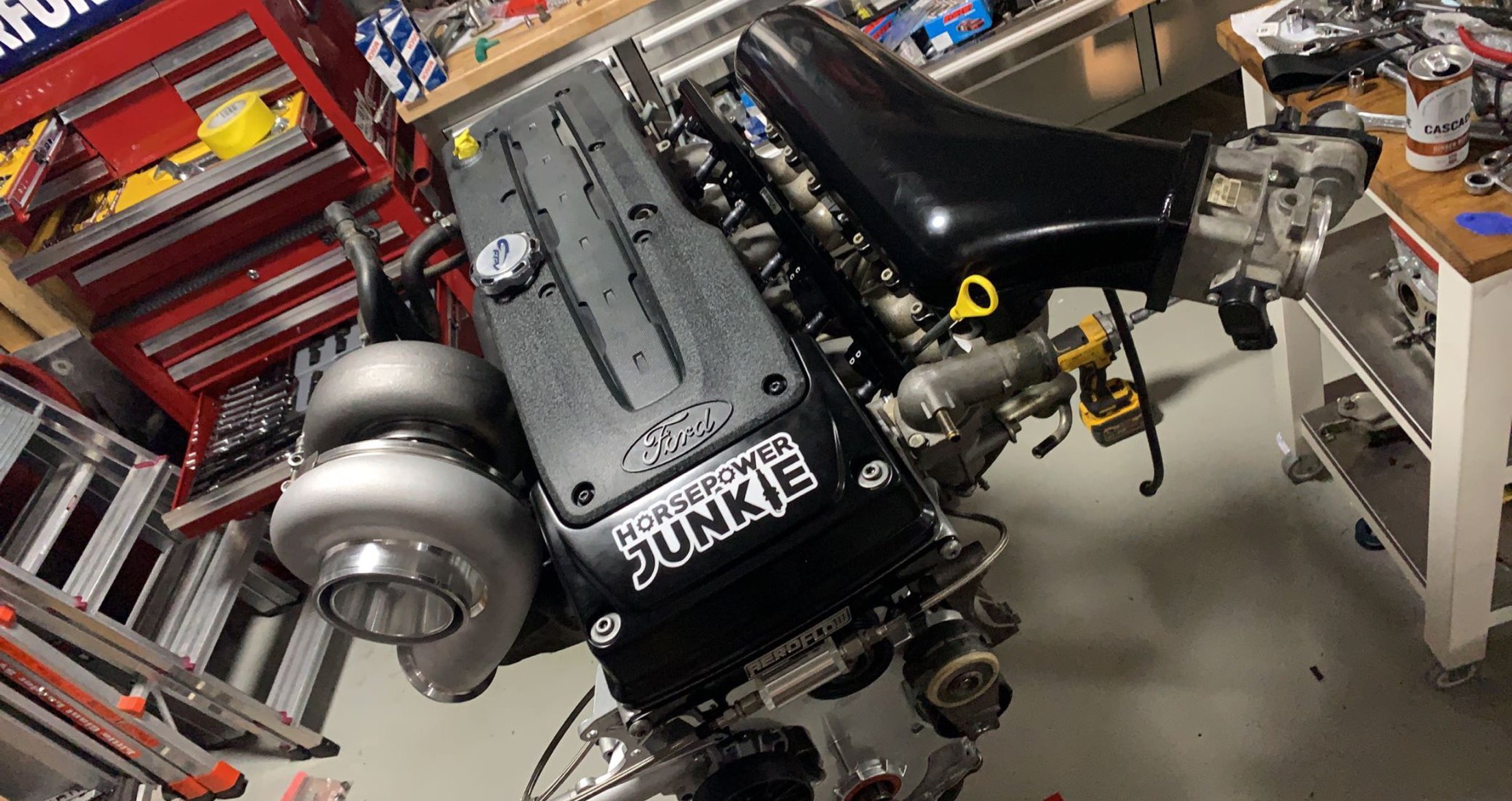 Good Afternoon from Australia Here is my Ford Performance Vehicles (FPV) F6X 270 Moved from Detroit Michigan a year ago due to Covid and being a Ford guy having owned Mustangs and a Focus RS, I wanted to see what the mighty 4.0L Barra was all about. In doing so, I purchased this very rare...

Welcome to the site and thanks for sharing the build! I love all of the fab work you are doing!
OP

Updates will be slower now due to lockdown.
But here's some progress on the exhaust
The side exit 4 inch is technically the main system but Is blocked off by the loud valve when the car is out of boost forcing the gas down the secondary 3 inch into the factory exhaust system for dead silent out of boost driving. 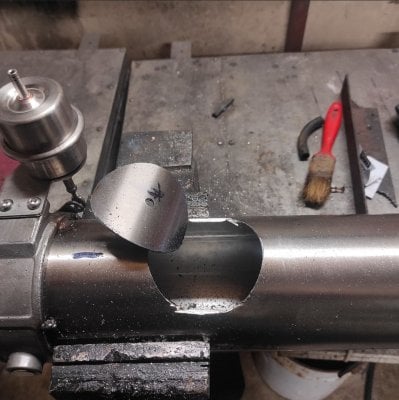 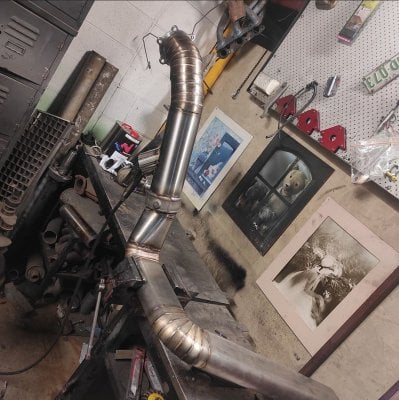 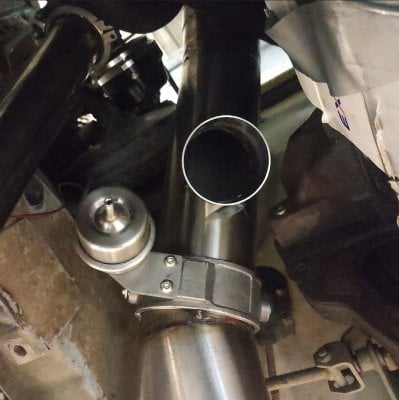 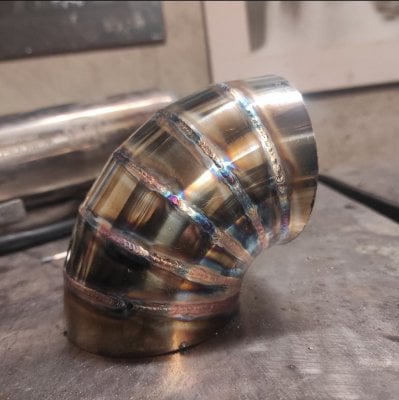 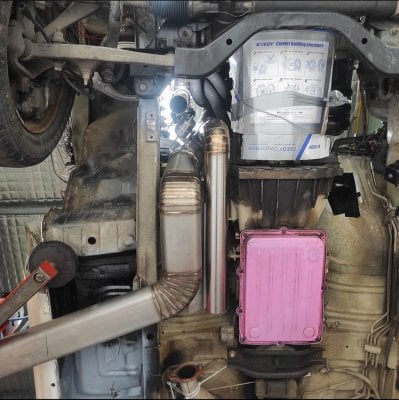 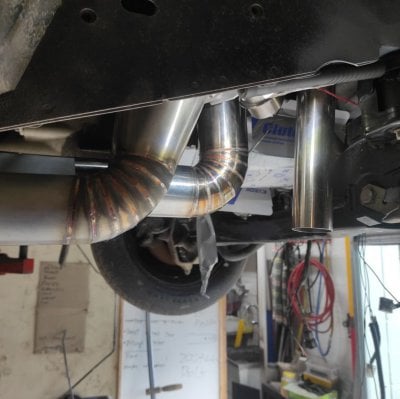 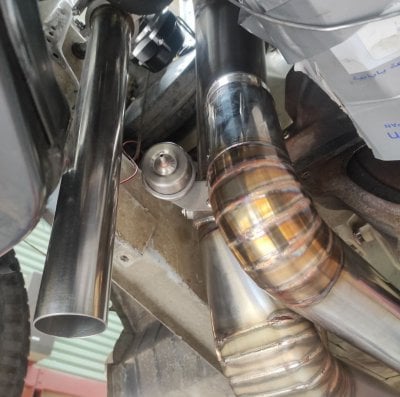 Updates on my car have been slow. We are at the disassemble and prep for paint stage.
Still deciding if I remain stock bottom end or dump a set of China rods in the sucker.

In the meantime enjoy some updates on another mates project.
It's a Ford EL falcon wagon that we previously Barra swapped in 6.5 hours. 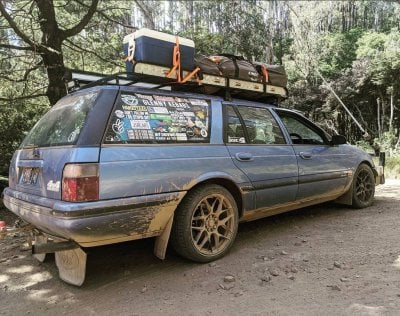 I gave him my old 3582r Barra turbo setup for his wiring time when my car is ready. 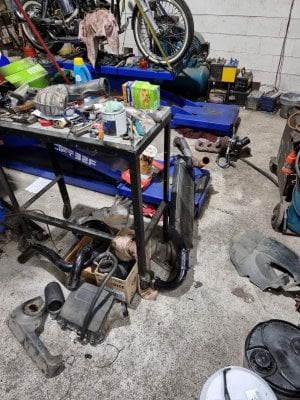 Instead of just dumping it on the car he's opted to do a AWD conversion using ford territory cross member and driveline. 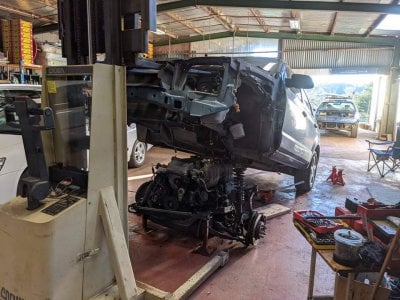 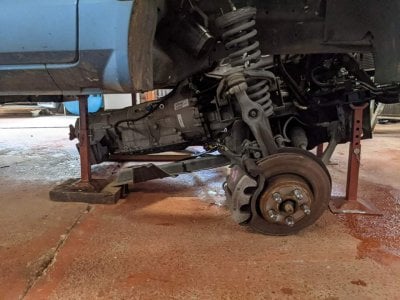 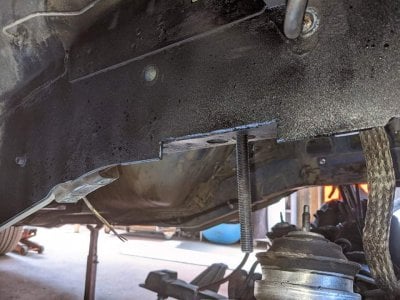 Turbo setup mounted on the Barra. 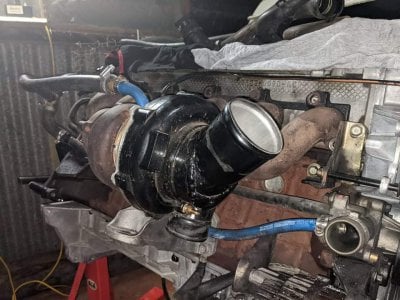 Subframe mounted in the car 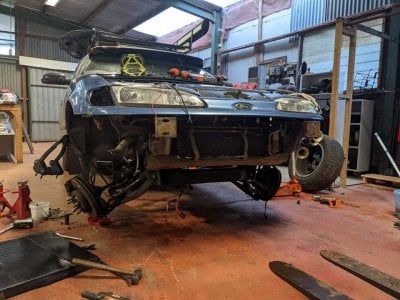 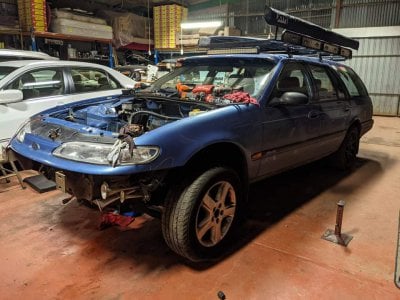 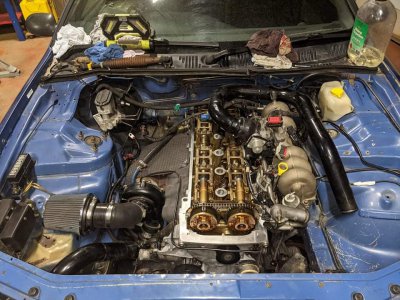 Now he's upto just installing the trans and making a corssmember, new tailshaft, install the shifter for the zf 6speed then he's good to go 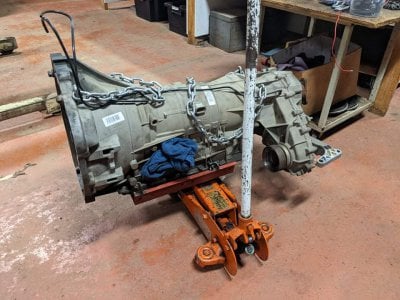 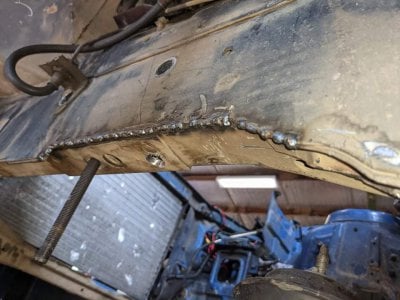