Jeffs FRC said:
I've heard there were quite a few problems with the recent Odysseys' with the 9 speed. They are all 10spd now though and I think those are pretty awesome from what I've heard.
Click to expand...

I was wrong in my post, the Elites and Elite Touring had the 10 speed in 2018. If you keep eco mode turned off the transmission is great. With eco mode on it just fights you to not downshift. Also the paddles for downshifting work great and if you say drop it down to 2nd or 3rd as you come into the apex of a turn it holds real nice for acceleration out of the turn.

The only other real issue to watch on the Odysseys seems to be related to VCM (variable cylinder management). There was more of an issue in the previous generation where there were some instances of oil use similar to the issues LS powered cars had with the AFM. People make a little thing called a muzzler that basically alters a coolant temp sensor value that is only used to determine if the car should go into cylinder deactivation. 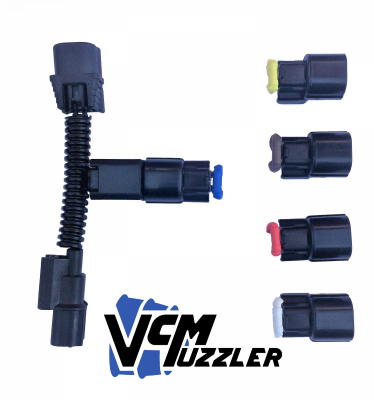 To be clear I am used to mostly older 4 speed autos from the mid to early 2000's so anything is a huge leap forward.

Does this have a vacuum? My neighbor's did and it worked great.
TS
TS

EmersonHart13 said:
Does this have a vacuum? My neighbor's did and it worked great.
Click to expand...

It does have the vaccum. Not high on my list but it has cleaned up a cheerio explosion or 2. They stopped including it in 2021 or 2022 as Shop-vac went out of business during Covid.

We got a good one lol. Like I said. I was 16 and a hooligan. I did a few neutral drops to get the tires to light up. I was a complete fuck. I should have not been driving lol.

As a parent now, I feel bad for my teenage years

Please go back to eating crayons

Turn off that terrible VCM and it will be even better to drive.
TS
TS

Just got done driving 10 hours today with the family.

Trip from Palatine ->New York (wifes family to drop off kids)-> Philadelphia (wedding)-> New York (pick kids back up-> Middle of nowhere Pennsylvania ->Chicago. Was getting 27.8 mpg until the wife started driving.

Other than an alternator I have had to replace so far this thing has been a champ. Had the trans flushed 10k miles ago.

The more I mull it over I think we would be better suited with a minivan than a third row SUV. I’m not fighting the wife on it too much as she just took a job 8 miles away vs the one she’s had for years that was 37 miles each way.
You must log in or register to reply here.
Share:
Facebook Twitter Reddit Share Link
Top Bottom