Like he told you, the scene was much more calm and serene

thats Jesus looking over the place!

SHARKBITEATTACK said:
Another good time. Place has clamped down on drinking in the parking lot. Last few weeks they didn’t care. Also now they are picky on who gets to park where. They told me I had to park in the back with my firebird.

Larry older black dude with the pink challenger is good people.
I know that kid with the Typhoon, that fucker is deep in the 10's

Always there in the same place, pretty sure he has a car there

walbsy said:
Like he told you, the scene was much more calm and serene
Click to expand...

Think I am out for today.

Think I am out for today.
Click to expand...

Seen the same as you

WindyCity_5.0 said:
Not to mention a himan cant be outside for nore than like 3 minutes lol
Click to expand...

A himan cant, but a human could

Man, that Corvair guy looks pissed at you for taking pics of his ride lol.

How can car guys be upset with someone taking pics of their ride? It's such a compliment... usually.

Thirdgen89GTA said:
Man, that Corvair guy looks pissed at you for taking pics of his ride lol.
Click to expand...

lol in both pics too haha

Holy shit. I forgot you even had that still. We need updates!
OP

oh sorry, hey guys. whats up?
The car is obviously making it around and driving just fine. at about 61k miles now. up from the 59500 from 2 years ago, ha ha
so its sort of a barn find, stored ten year in a garage in Texas.. but not stored, more like driven in, parked and then forgotten about (the previous owner worked for gearbox games, most notable he was lead level designer for Borderlands 1 and 2) The car was under blankets and furniture.
So I got the car up here, tank had to be drained, trans fluid and oil were basically mud so that had to be drained and then pressure cleaned, brake fluid too. well after all of that she got running again.
BUT, there is an issue with the brake position return spring, sometimes it doesn't turn the brake lights off sometimes.. so it drained the battery.
So my friend decided to "help" me jump the car "I know what I'm doing, don't tell ME how to jump a car" (this is after he took off the trickle charger I had on the battery.
so long story short he reverse the leads and blew every damn fuse in the car. Even the 120 amp from the alternator.
No start, no joy, car totally F-ed up.
Start ordering the toyota fuses and replacing everything that I can find that is burnt out.
But.. no joy.
I eventually had to send the ECU to relentless motorsports in Texas, that guy is just amazing. If you need something electrically based rebuilt from ecus to gauges to lights , this guy is insanely good. He replaced the capacitors on my ecu with authentic japanese versions "so that they match like original" wtf? okay buddy.
Got the ecu back in factory new condition.
met a cool guy that had lots of supra parts laying around and got a new igniter off of him for 40 bucks.
And... crank and she lights!

I still trip a ces light from time to time as it runs pig rich, which i have to address since its under 25 years old i have to pass emissions to get a new sticker.
and I have to chase down a gremlin in the radio. When the car starts and the radio gets power it has this quick but loud static burst that is really annoying.

I plan to do some more minor upgrades like build a box around the open cone intake and put an intercooler on it.

Little shoot from over the weekend in Willow Springs: 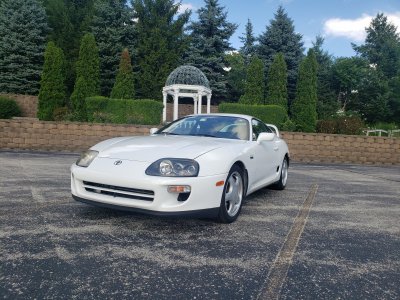 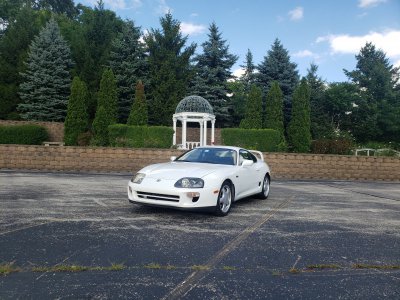 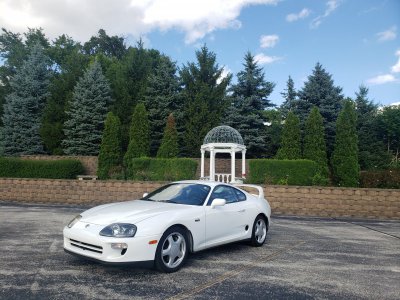 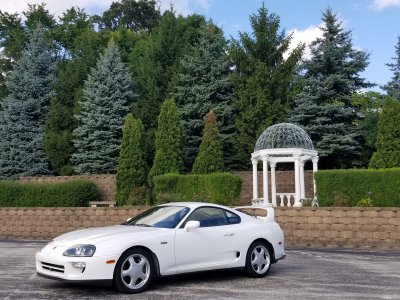 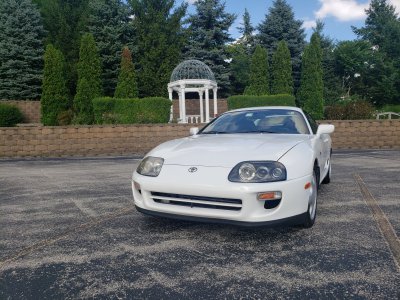