F'n disgusting if true. Considering this is testimony coming from a LEO this may rack up an additional hate crime charge.

Moments after shooting Ahmaud Arbery, Travis McMichael was overheard calling the young black man a “fucking n-----” as he lay dying on the pavement, according to testimony Thursday from the state law enforcement agent overseeing the case.
Click to expand... 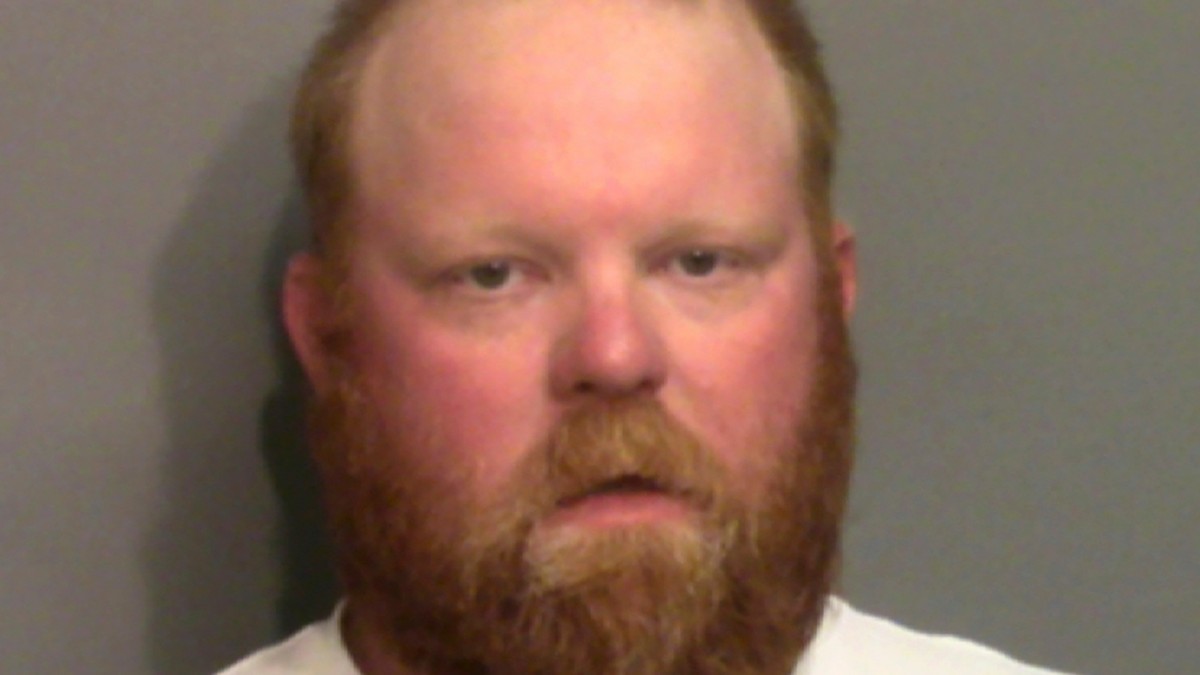 William “Roddie” Bryan Jr., who participated in chasing Arbery and filmed the encounter, overheard Travis, according to a state investigator.

If they can prove that, tack on hate crime to his charges.

willizm said:
F'n disgusting if true. Considering this is testimony coming from a LEO this may rack up an additional hate crime charge.

William “Roddie” Bryan Jr., who participated in chasing Arbery and filmed the encounter, overheard Travis, according to a state investigator.

They have to report that shit NOW. They must want the riots to get worse.

Marko said:
They have to report that shit NOW. They must want the riots to get worse.
Click to expand...

Testimony is public domain I believe. Bad timing, sure, but it’s not like it’s privileged information being released intentionally.

The Grand Jury indicted them. Not surprised after hearing that he apparently was rather racist on social media combined with that video.

The question in my mind is did the police actually say to call these yahoos if they saw anyone? That seems to be really weird and opens them up for huge amounts of liability. From what I understand they were also chasing him before the video as well.

There's a reason you call the cops and let them deal with shit. If this guy was shooting at people or something yeah armed action may have been okay but even if the premise of him stealing stuff was valid (which it isn't to my knowledge) there's a reason we have people on the government payroll to deal with stuff. Defense of one or even one's property and vigilantism are two different things. In circumstances where there is rule of law we shouldn't be doing shit like this.

I don't have an issue with the two guys going to jail, seems like they deserve it. Though I still don't get why the guy filming it is in any trouble. I must have missed why he was being charged, as an accessory?

I would argue that the "chase" vehicle in this case was used to herd Arbery to his homicide.

this shit really going on the same time as rittenhouse hearing?

That makes sense, drop the verdicts at the same time that way there's only one round of burning and looting.
OP

Yea what's going on there?

Those guys are guilty as fuck

i saw a vice article on grosskreutz's testimony - didn't read it, not sure if it was fair, headline certainly wasn't unbiased - and that is what much of the commentary was around. in any case, multiple people were referring to kyle as an 'active shooter' - with heroes trying to stop him; i guess in the most low level literal interpretation of those words, flyn open borders style, one could claim he was an 'active shooter' - but that's certainly not what the term actually typically refers to by the fbi or even most people's normal use, eg. indiscriminately firing in some kind of mass damage/murder event. in any case, sure seems like a whole bunch of people that are going to be surprised by the verdict...
OP

So what's the scoop on this?

Copy my comments from the Rioting thread to kick off the discussion here.


I will say following this McMichaels / Bryan case, video excerpts and Live Feeds, the obvious continues in that rhe court system is such a cluster fuck as all the legal BS blurs the truth. The end result being an every day event in that a killer gets off not guilty and an innocent person receives prison time.

Listening to this case; there were multiple escalating events involving Ahmaud Arbery and the armed residents of that subdivision (not just the McMichaels / Bryan). This is an example of continue to play stupid games and you will win the stupid grand prize.

The chase / shooting should not have occurred, but the media portraying an innocent black man jogging down the road, minding his own business, 1950s witch hunt, is a dumpster fire of shitty journalism.

Then there are protesters and others with bull horns / threats messing with everyone, including the witnesses. They can be heard directly outside the courtroom and the Defense team continues to raise concern for the record.
OP

Who tf is supporting the shooters?

DEEZUZ said:
Who tf is supporting the shooters?
Click to expand...

There are supporters from both sides; however, the concerns raised in the court point to BLM protesters being more outspoken.

That concern is towards the safety of the witnesses from the subdivision (homeowners).

The subdivision is primarily elderly and the crime rate is increasing (primarily auto / home theft related). Homeowners (armed) have taken it upon themselves to look out for one another, along with any suspicious activity.

Arbery was spotted multiple times going in / coming out of homes under construction and other areas. Armed homeowners (husbands / wives) would attempt to confront him but he would run off.

There was a reference during the proceedings of Arbery doing so to get water but nothing proven. No proof of him stealing / not stealing.

This time the McNichols / Bryan (armed) were the ones alerted of Arbery coming out of a home under construction. They grabbed their guns. caught up to Arbery and actually cornered him.

I did find the Police body cam video interesting as the Officer didn’t attempt life saving measures (Arbery still breathing). Cop looked at Arbery (with the large chest wound) and appeared to go straight to crime scene protocols. Officer’s reason “feared for his own safety”. Watching his body cam, I think hmmmm.

McNichols / Bryan should not have played Suburban Militia, while as previously stated, Arbery played stupid games and won the stupid grand prize.

DEEZUZ said:
Who tf is supporting the shooters?
Click to expand...

It takes a special kind of person to continue to jog / enter under construction homes after being ran off multiple times by armed homeowners.

That's justice for all

Turning to this case.

This whole thing is full of fuck.

Everything I read these guys are guilty as fuck, so we shall see.
OP

Is this one televised? Links?

DEEZUZ said:
Is this one televised? Links?
Click to expand...

Im just seeing it on social media and twitter for updates, but not seeing any live streams though I imagine there has got to be one.

Jury is already in deliberation.... See how long it takes them to come up with a verdict.
OP