I am running with a new team for Lemons. 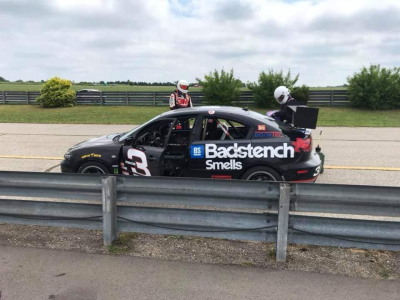 Autobahn in April was cancelled so Gingerman 6/27-28 was the next race we could make.

Due to covid we had to keep trailers spread further apart. We ended up on the hill on turn 2. They also used hot fueling so we had to fuel in the hot pits and had to suit up fully to help people get into the cars. We ended up in B class which put us mostly against other FWD cars and some slower RWD cars. (Focus, civic, 80's monte carlo, 90's subaru etc)

First time in the car for me and I think my fastest time was a 2:04. My racer excuse is I haven't driven Gingerman in 5 years and wasn't pushing it super hard for my first stint. Other 2 guys ran 1:57 and 1:58's in the car. I will have videos later this week. Our car ended up being the loudest car on the track. Even louder when our exhaust of 2.5 inch pipe and a 12 inch cherry bomb came unbolted from the header. We got black flagged and had to get that back on the car. By about the 4th drive on Saturday we lost 3rd gear. I was next up and managed to lap it for an hour with 2nd and 4th gear and eventually just left it in 4th gear as the clutch wasn't working right so I couldn't easily shift into 4th. Best time in 4th gear was a 2:14 to give you an idea on how slow that can be.

We spent that night putting a new muffler on the car at the request of management. Bled the clutch (we ended up having a bad master causing air to get in) 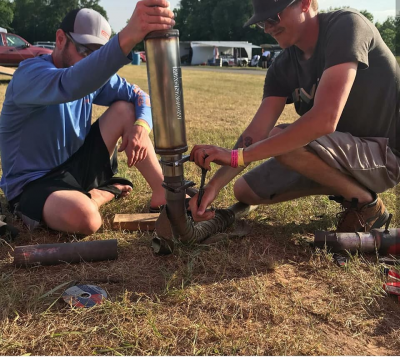 Sunday rolls around and we still only had 2nd and 4th gear. Owner of the car goes out and manages to snag a 1:58 only a second off the time he set with a 3rd gear. After an hour and a half we put in the next driver to run until the 11am Quiet hour enforced at Gingerman. After the quiet hour we got back out there only to have the clutch fail completely ending our day with around 3.5 hours left to race. We had worked our way up to around 18th in our class and 30th overall but those numbers would soon fall once we had to retire for the day.

Overall a super fun event and glad to be racing again. A used transmission is already sourced along with a clutch so it should be ready for the October Gingerman race. 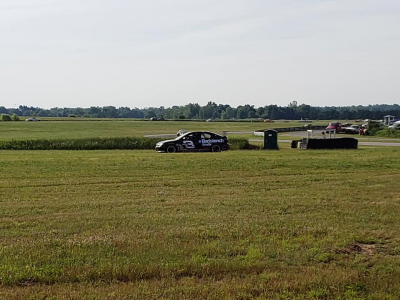 Also somebody made this and raced it. 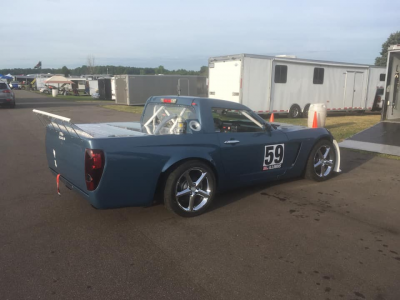 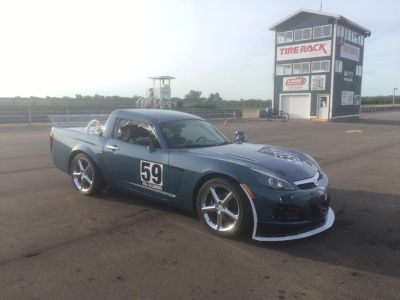 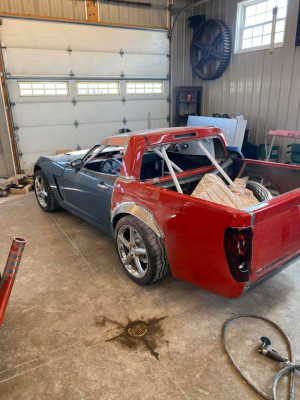 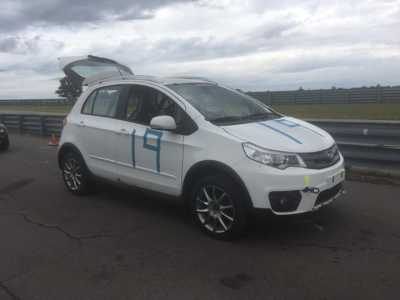 Intel said:
Also somebody made this and raced it.

ragingclue said:
Why?!? But... I kinda like it. There must be a story behind this, no?
Click to expand...

Pretty much because racing started 4 months late, and people were bored. Bodywork on this thing was amazing.
OP

Gopros didn't run for the quickest lap so this will have to do for when we had 2nd,3rd,4th gears.

Nice job finding a way to get out there! Our team has been dead in the water for the past 2 years with schedule conflicts, lack of interest in working on the car, budgets, etc... I'm pretty much resigned to the fact that I'm glad I did it a few times, but probably done with it at this point and on to something new.
OP

Dan00Hawk said:
Nice job finding a way to get out there! Our team has been dead in the water for the past 2 years with schedule conflicts, lack of interest in working on the car, budgets, etc... I'm pretty much resigned to the fact that I'm glad I did it a few times, but probably done with it at this point and on to something new.
Click to expand...

I was lucky to find this new team. I know they are short on drivers for october gingerman. I have a wedding on the east coast that hasnt been cancelled yet keeping us from going. We picked up a "new" crusty trans for that race. 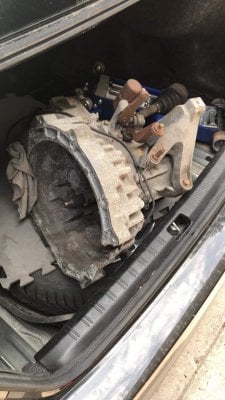 Blacking out 3 on the knob